Anthony Bourdain: the making of a saint 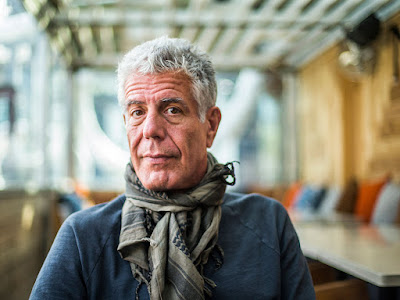 I can't write about celebrities like Anthony Bourdain, whom I didn't particularly admire, with any great degree of understanding, because I didn't know the man or his work to any depth. I do notice however that the "bad boy" of the foodie world is now being treated like some kind of saint, rhapsodized over in a way that probably would have embarrassed him.

I doubt if it will go down well with people to reveal that I am miffed and even disturbed by all this "but he had everything" talk that I am hearing, over, and over, and over again, even from celebrities whom you'd think would know better.

If they would dig just a little bit deeper into Bourdain's life history, they'd see something different. He was very honest about the lowest times in his life, and left some cryptic clues even in his last few months that more than hinted at his thoughts and even his intentions. Why did no one notice when he left such an obvious trail of bread crumbs (so to speak)? 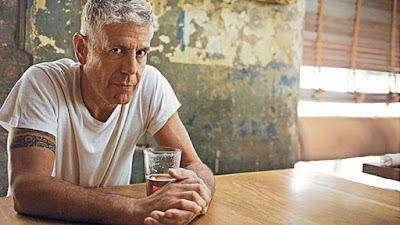 I've lifted this small piece from one of those entertainment websites - so sue me, people, it's just a quote! - which tells a totally different story from all this "but he was so happy/looked so good/was doing so well" stuff going around, the "we had no idea" that reveals how shallow his surrounds must have been, and the so-called loyal, loving people in it.

Such people, if they were really loving and loyal, would be telling some sort of truth beyond the lionizing bathos I am reading. Wasn't HE known for his honesty? No one is as saintly, as loving, as perfect as all this, especially not a "bad boy" known for using heroin (and heroin addicts, I know from grim experience, are extremely ruthless people until they get into recovery). 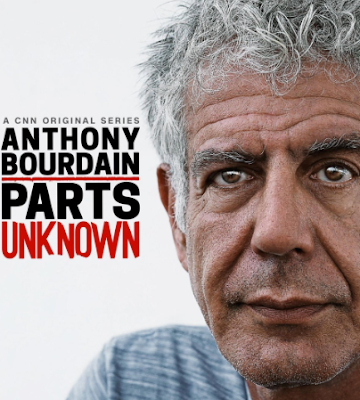 I get the sense of someone who had been screaming in pain for years, who had  carefully maintained a facade (which I thought was ghostlike at the end, the eyes frighteningly dead and glazed), and whose friends did not WANT to connect with that other, much more complicated, tortured soul. The regular Anthony they had known all along matched all their expectations and met all their needs. You don't tamper with that, because then you might have to try to have those needs met elsewhere, and that's too much work.

"But he had money and power and fame, so how could he be unhappy?", "But he had so much to live for","But he looked fine to me" and similar statements make me bloody sick. People die from this, and I have seen enough of it.

After his first marriage ended in 2005, Anthony Bourdain felt
suicidal, the late celebrity chef revealed in his 2010 book Medium Raw.
In 2005, Bourdain's 20-year marriage to Nancy Pitoski came to
an end. In Medium Raw: A Bloody Valentine to the World of
Food and the People Who Cook, 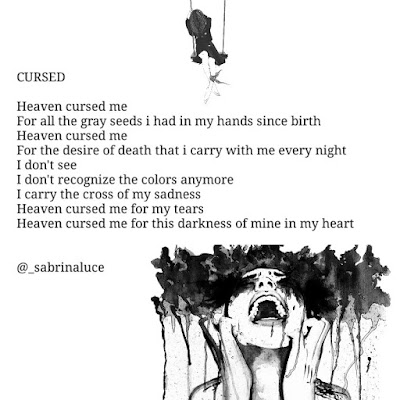 Bourdain said he felt "aimless and regularly suicidal" while in
the Caribbean after the break-up, reports Page Six.
He described getting drunk and stoned - “the kind of
drunk where you’ve got to put a hand over one eye to
see straight." He said he would
"peel out" in a 4X4 after nightly visits to brothels.
Bourdain said he met a woman in London, and his
"nightly attempts at suicide ended."

Two years after the divorce, Bourdain married Ottavia Busia,
with whom he had a daughter, Ariana. They split amicably
in 2016, and Bourdain soon began dating actress Asia Argento
before his death. The Kitchen Confidential author was always
open up his personal battles.In a 2016 episode of CNN's
Anthony Bourdain: Parts Unknown,
Bourdain saw a therapist in Argentina, where he discussed
the feeling of loneliness he gets on the road. 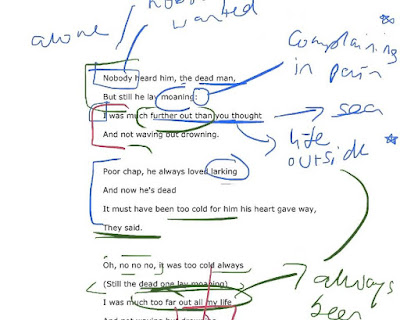 "I’m not going to get a lot of sympathy from people,
frankly,” Bourdain told the therapist. “I mean, I have

the best job in the world, let’s face it. I go anywhere
I want, I do what I want. That guy over there loading sausages onto
the grill, that’s work. This is not so bad. It’s alright. I’ll make it.”
In his last PEOPLE interview in February, Bourdain said he felt a
"responsibility" to
live for Ariana, who lives in New York
with her mother. 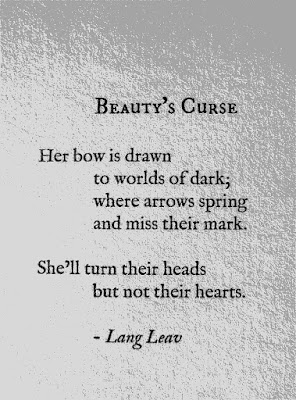 "I also do feel I have things to live for,” Bourdain told the
magazine at the time.
“There have been times, honestly, in my life that I figured, ‘I’ve
had a good run — why not just do this stupid thing, this selfish thing
… jump off a cliff into water of indeterminate depth.'"

Bourdain also said he never saw himself retiring.
“I gave up on that. I’ve tried. I just think I’m just too nervous,
neurotic, driven,” the Parts Unknownhost told PEOPLE.
“I would have had a different answer a few years
ago. I might have deluded myself into thinking that
I’d be happy in a hammock or gardening. But no, I’m quite
sure I can’t... I’m going to pretty much die in the saddle.”

Bourdain was found dead in his hotel in France on Friday at the age of 61.

If you or someone you know needs help, please call the National Suicide
Prevention Lifeline at 1-800-273-TALK (8255). 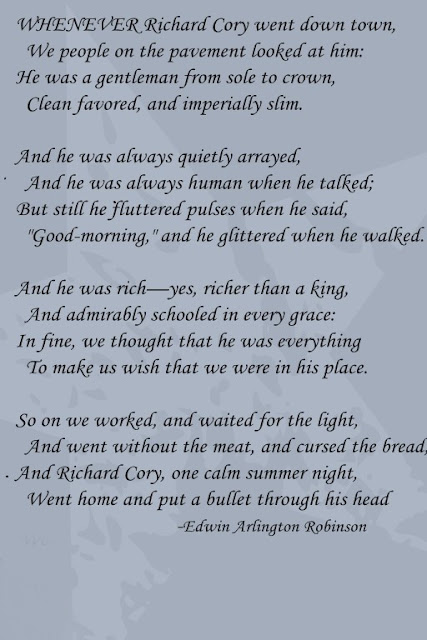 Postscript. Of course I am in favor of people getting help and reaching out to talk to someone if they are in pain or despair. But think for a minute. If you were suffering from the worst depression of your life, how could you summon the energy to "reach out for help"? The very phrase puts all the onus on the sufferer, and NONE on the people around that person who are never (ever) expected to reach out to THEM. If they do, it's often with those "cheer up", "life could be worse", "stop feeling sorry for yourself" messages that just make a person want to end it right here and right now.

I am also here to tell you that all this "help" very often doesn't help, or just isn't available. I was fifty years old before I got a correct diagnosis and found a competent medical practitioner and began to truly recover. Civilians don't know about this and will maybe pile on me and say I am a naysayer, but those times I've talked about this in front of a room full of sufferers, heads are nodding all over the room.

I have a lot more to say about this, but I doubt if I can stand to open that box. Though others gain a huge audience from this sort of tell-all confessional, in my case it tends to make everyone jump ship in a hurry. So I will end it here.