CanLit on fire: who can win this game? 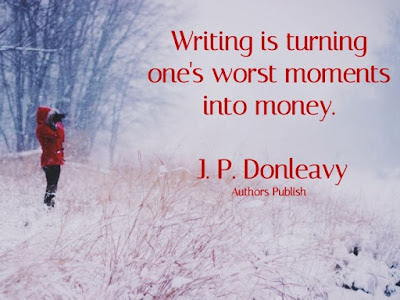 I had an immediate reaction to this meme (or whatever it is): truer words were never spoken! Of course, if you truly embrace this perspective you're seen as crass. But what is a writer to do? I've said many times that we don't expect a trained concert pianist to play in an empty hall. But that's the equivalent of what professional writers are expected to do.  That is, those who aren't at the top of what is starting to look like a literary slag heap.

I'm a little sick of being disappointed, and I do try to comfort myself with the three novels I did get published (NOT self-published, by the way - I had to wangle contracts from three different publishers). I also have three or four manuscripts stashed in my computer, and ran one in parts (Bus People - if you wanna see it, the link is here) on this blog. I think ten people looked at it. I just think if it's meant to be, it's meant to be, and in this case it wasn't.

But was there some sort of weird karma going on? If not karma, then guardian- angel-ship, which I absolutely did not believe in. But maybe something was protecting me from "success", after all: the kind of success that lifts the privileged class out of the slag heap of anonymity and onto the shoulders of the gods (while selling lots and lots of copies).

It seems the game changed before I could catch up. I was only interested in writing well, which I believed would result in having a healthy readership. I don't think that's an unreasonable goal. But it didn't happen, and now I know it won't.

But my melancholic acceptance of failure was disturbed by the current CanLit "dumpster fire" which is threatening to consume the whole industry (and yes, believe me when I say it IS an industry, though that's not such a bad thing - we all need to pay the rent). Though someone came down hard on me for posting the wrong piece on this (though there is no such thing as a RIGHT piece on this!), I will share a link (below) which gives you some idea of what's been going on in the schoolyard. If nothing else, it will give you an idea of the sheer complexity of the situation, how twisted and tangled it has become. Worst of all, it has made some writers afraid to say anything, knowing they risk having their most innocent comments mangled and distorted by the monstrous sharks of social media.

What vexes me is that NO ONE has yet said anything at all about how Twitter has poisoned the well: without even having to face your adversary, and having spent an entire nanosecond composing your thoughts, you can fire off the most hateful volleys, only to be met by a Greek chorus of approval from somewhere before your enemy fires back. Without context, and I mean ANY context at all, even relatively innocent statements can appear to be soaked in poison like a lethal dart.

I will be accused of being a crusted barnacle for saying this, but in the past, if a writer read something in a magazine that made her furious, and she wanted to write a letter to the editor in protest, she would have to take the following steps: find a piece of paper and a pen, compose it, fold it up, address it, find a stamp, walk to the nearest post box and drop it in. At any point, she might think better of it, or at least rewrite it. Then, after a long wait, perhaps weeks or months, it might be published (likely severely edited). But once a tweet is tweeted, there is no taking it back. 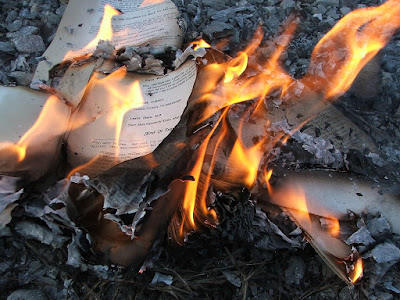 Poison darts are poised everywhere, and can't even be deleted because someone will take a screenshot and use it as a weapon. Those who wish to have a future as a published author are on thin ice, and it doesn't help that the stodgy, arthritic, unmoveable CanLit establishment is sawing a hole in it.

Speaking out is risky. NOT speaking out is crippling, and plays into the hands of elitist powermongers interested only in disenfranchising marginalized groups who MIGHT bring fresh perspectives to the table, if only they were allowed to. But the reins of power, not to mention the purse strings, are in the hands of the Big Few - bestselling writers, hotshot agents, major publishers. So perhaps some unknown angel prevented me from getting what I thought I wanted.

Or not? Are the grapes sour? Who gives a shit, at this point!

If you'd rather not wade through this long piece, here's a short excerpt which demonstrates how rancorous and confusing this has become:

Then, a new twist: B.C. author Angie Abdou wrote on Facebook that she in fact had notified Kay about Wunker's post as "part of a conversation about troubles raging in the [CanLit] community and how those issues are making their way into the classroom." But by the time Abdou went back to look for the post to send it to Kay, Wunker had unfriended her. So Abdou asked Bok to screen-cap it. In her confession, Abdou apologized for unintended consequences against Bok and Wunker; she called Wunker "a committed teacher and writer." She then left Facebook and Twitter. (On Thursday, Abdou provided The Globe with a statement. "I made a mistake, and I'm extremely sorry. I did not intend to betray anyone's confidence or to harm the reputations of anyone involved.")


Are you with me still? . . . No? Well, don't feel bad. Neither am I. The twists and turns of it are giving me vertigo. Come OFF it, people! Try to come up with some sort of armed truce, before the whole thing collapses and entire books are lost due to discouragement and pain. Creativity will be extinguished along with the flames. If people are not allowed to express themselves, if works of real literature (NOT TWEETS!) die on the vine, everyone loses. Everyone. Do you hear?

Posted by Margaret Gunning at 11:26 AM No comments: