When people visualize Pinocchio, they see the sweet young puppet with a desire to be a real boy. The Disney movie tells the tale of his adventures with his friend and advisor, Jiminy Cricket, and how they ultimately lead him to his dream of becoming a human.

The original creator of Pinocchio, Carlo Collodi, was hoping for a different image. Collodi created the character for a serial story in Italian newspapers with the goal of showing kids the consequences of being bad. Collodi’s Pinocchio was cruel and mischievous. His Jiminy Cricket was only referred to as “Talking Cricket,” and when the cricket tried to give Pinocchio some good advice, the puppet-boy killed him with a mallet..


Pinocchio is constantly tortured in different ways throughout the story, all punishment for bad behavior. Collodi initially ended the tale with Pinocchio’s death by hanging, but because of an outcry from fans, Collodi was forced to continue. So he decided Pinocchio’s life would be spared in exchange for even more gruesome punishments from that point forward.

- All That Is Interesting 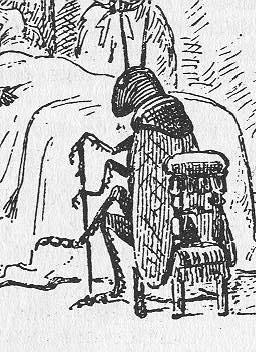 The Cricket, which has lived in Geppetto's house for over a century, makes his first appearance in chapter IV, after Pinocchio's mischief has landed his creator Geppetto in prison, and insists that Pinocchio must either attend school or work, to function properly in the world. When Pinocchio refuses to listen, the Cricket states, "You are a puppet and what's worse is that you have a head of wood", whereupon Pinocchio throws a mallet at the cricket, killing him. 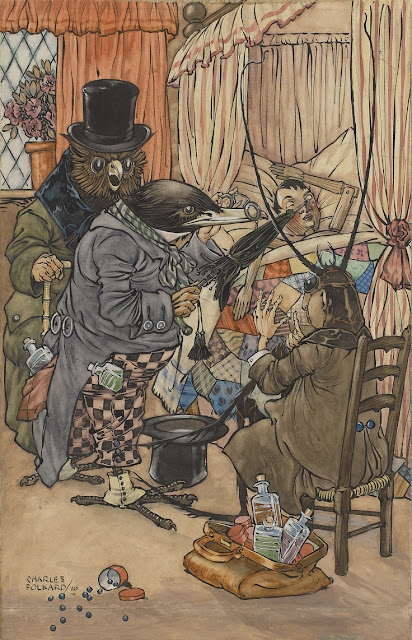 In chapter XIII, the Cricket appears as a ghost to Pinocchio, telling him to return home rather than keep an appointment with the Fox and the Cat (Il Gatto e la Volpe). Pinocchio refuses and in chapter XIV, he is subsequently injured. The Cricket reappears in chapter XVI, where he and his colleagues, the Crow and the Owl, tend to Pinocchio's injuries. 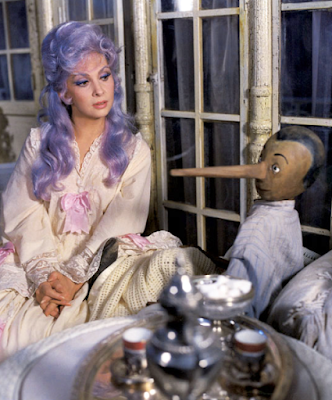 The Cricket makes his final appearance in chapter XXXVI, living in a house given him by the Fairy with Turquoise Hair, at which he allows Pinocchio and the ailing Geppetto to stay while Geppetto recovers his health. 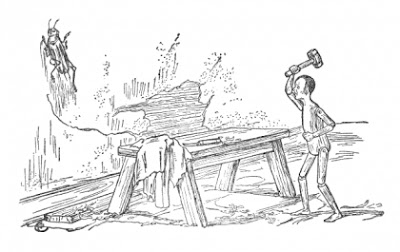 AFTERWORD. This was going to speak for itself, but I have something to add. If *I* had to listen to some strangulated tenor sing "When You Wish Upon A Star" in that syrupy tone, I would commit bug-icide myself, with no qualms. I'd be doing the world a favor. Pinocchio (the Disney cartoon movie) DOES have a few things going for it. That whale, for instance, Gorgo or whatever-the-hell - I should look it up, I guess, but do you think I want to, on a rainy Friday afternoon? Those whale sequences are pretty impressive, and scared the hell out of me as a kid. "I have no strings to hold me down" (followed by Pinocchio falling noisily down the stairs) is OK, as is that nice cat. 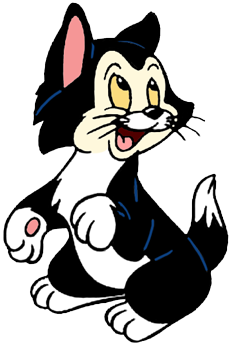 I don't want to sit here completely dissing it. Kids do enjoy it, after all, and maybe it'll drive them back to the original novel (not!). But I did find it fascinating that, while the original Collodi story (which I read as a kid) does have a cricket in it, a cricket which won't go away even after it's dead, no one names him Jiminy. That sounds like something Disney would have exclaimed in his boyhood down on the farm while shovelling manure. "Jesus Christ!" might have been better, or "What's This On My Shoe?"