The world has been waiting for this to STOP! 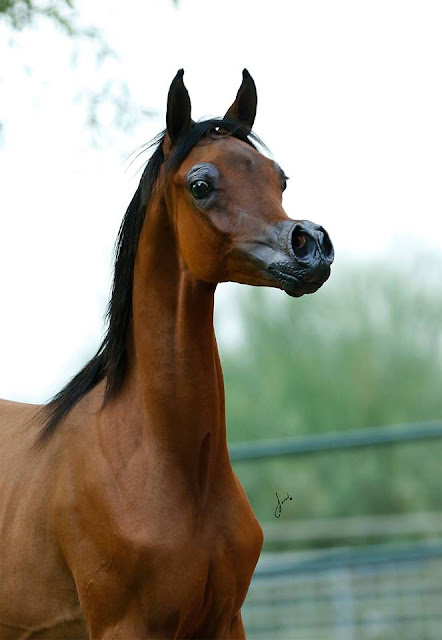 The World Has Been Waiting… The Unveiling Of A King!

Do you believe in love at first sight? Something so magical it takes your breath away, leaves you speechless and captivates your attention? The time to fall in love is now. The wait is over. He was born in the heartland of America, bred by Jack & Elizabeth Milam of Regency Cove Farms in Oklahoma.

For breeders, it is love at first sight when newborn foals struggle to their feet and takes those first steps. It is quite overwhelming to watch the birth of an exquisite gift after waiting 11+ plus months.

His name means greatness in Spanish; El Rey translates to “The King.” He had not been around long before The King became the most talked about colt in the world. Having a keen eye for a unique look, and an urge for hidden treasure, when David Boggs first met The King he was captivated. David acquired the colt and eventually brought him to his Midwest Training Center in Scottsdale, AZ.

Soon after that Doug Leadley heard about The King and scheduled a visit. Once he laid eyes on El Rey Magnum RCF, he urged the new owners to acquire this special young colt. “I travel all around and see several impressive young horses but rarely do I see one that stops me in my tracks. I simply could not believe my eyes and what I saw in front of me. Horses like this come by once in a decade. We must preserve Arabian type or we will loose the majestic look the separates us from other breeds.” Doug Leadley

2018 will be an exciting year for El Rey Magnum and the team behind him - he will be ready for his coronation.

Yes. The world has been waiting, all right - waiting for this sort of genetic abuse to go away.

This is not a horse. It's Michael Jackson. It's My Little Pony (I almost wrote "Phony"). It's an Arabian horse so genetically manipulated  for certain traits that it has become virtually deformed. Yet it's touted as God's gift to horses, the next generation of custom-made equines (and never mind if they can breathe or not).

I write about horses quite a lot, because I love them so, and never get to ride or even come near a horse. But I do know something from my horsy girlhood. And what I know is that THIS AIN'T IT: this isn't the standard for the breed, at all. 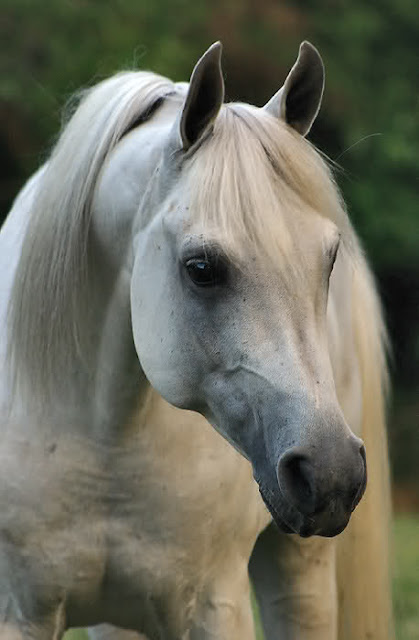 This is a great example of the classic Arabian head: broad forehead, big dusky glamorous eyes, slightly concave profile, tapered muzzle and small nose with large nostrils. What is called the throatlatch (where the horse's head attaches to its neck) is quite defined, and the crest (top of the neck) is high and arched. The Arabian head exudes exoticism and gasping loveliness, and for many a little girl an "Arab" is the ideal horse, the horse of their dreams.

Never mind that the actual breed is a little flaky and skittish, a status horse that's not always too dependable to ride. Maybe they've been told they're beautiful once too often.

When I was a kid, I spent a lot of time mooning over "Arabs" in my horse books (some of which I still have). The Godolphin Arabian, whose story was fictionalized in Marguerite Henry's King of the Wind, looked something like this: 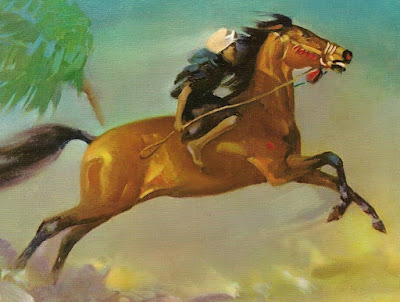 The Godolphin Arabian was quite literally a prototype, one of the foundational sires of the Thoroughbred horse breed. He was not just an Arab but a Super Arab. But there's no trace of My Little Pony here.

Of course we have no photos of what he really looked like, but since normal horses were being bred to normal horses back then, it's doubtful he looked freakish like poor El Ray Magnum. When his exotic looks were poured together with the war-horse strength and brawn of the horses of the day, magic happened: a sort of genetic explosion which is still echoing down the generations. Take any horse breed, add a dash of Arabian, and voila - you have a brawny or cobby or rangy creature who has the desert horse's beautiful sculpted head and neck, grace in its step and a spark of spirit. It's as if Arabian genes have a long memory. 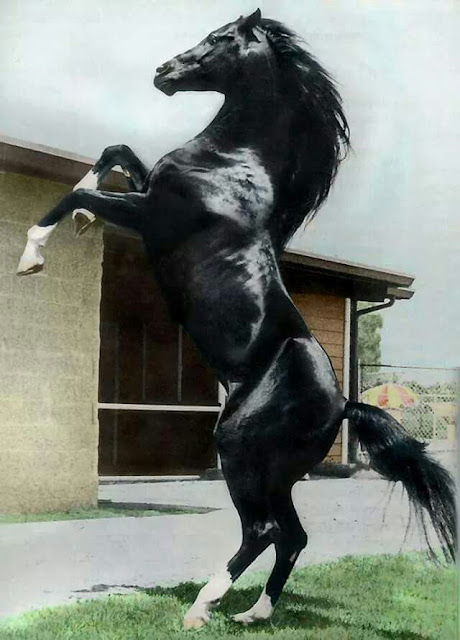 Cass Ole, horse actor and star of The Black Stallion


It interests me that of the many dozens of comments on this photo when it appeared on Facebook, probably 85% were negative. These are horse lovers speaking out, and hardly any of them think this look is appealing or even fair to the horse. He's close to having a mono-nostril, for one thing, since the breed's very large nostrils are stuck at the end of a teeny-tiny muzzle. To me, it looks like somebody squeezed his nose with pliers. I think this look is "in" now in the show ring, for some reason, and because human beings always take a good thing and ruin it with extremes, it has likely become a sort of competition to see who can breed the most exaggerated Arabian features. 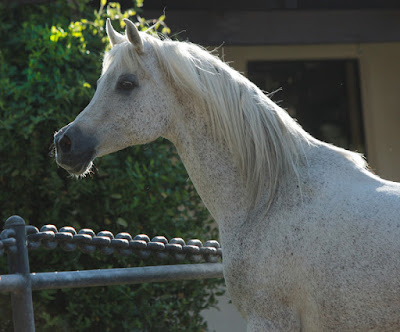 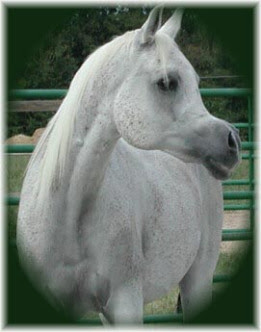 Along with the horrid dressage practice of rollkur  - reining the horse's chin to its chest - and "soring" in Tennessee Walker competitions (a painful way of forcing the horse to step so high it looks ridiculous), this extreme inbreeding constitutes a form of abuse. The horse has lost his horseness. 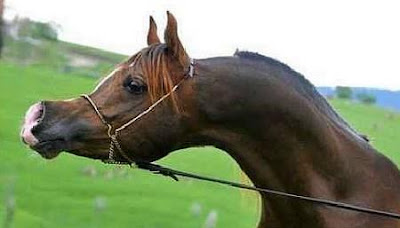 The fanfare around this Wonder Colt, as if they're unveiling a new Maserati or other fine piece of machinery, is chilling. Behold, a genetic freak! It makes me shudder because this is being promoted by some sort of international Arabian society, clearly more interested in money and status than the wellbeing of the horse (or the breed - you can't tell ME El Rey is the answer to preserving the "majestic look" of the Arabian "type").

So until the situation becomes so grotesque that one of these breeders looks at a newborn foal and keels over in horror, we'll end up with a line of Hapsburg horses which are  more bizarre than beautiful. 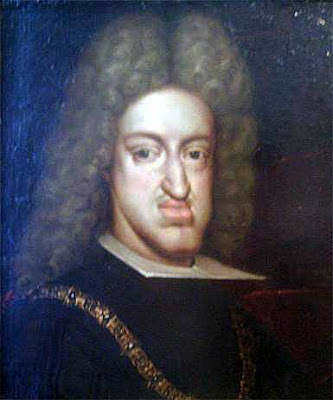 (OK, I have leftover pictures, too gorgeous NOT to share!) 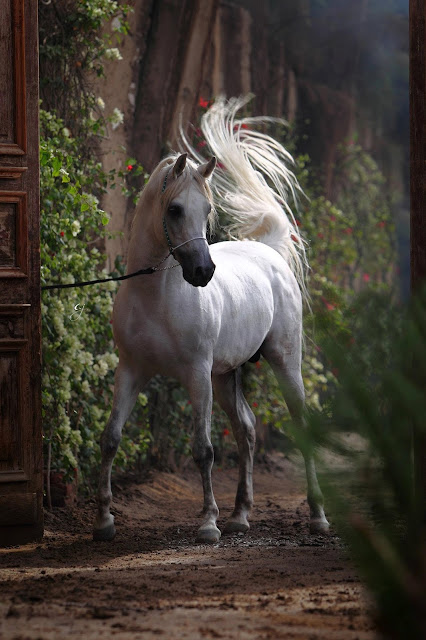 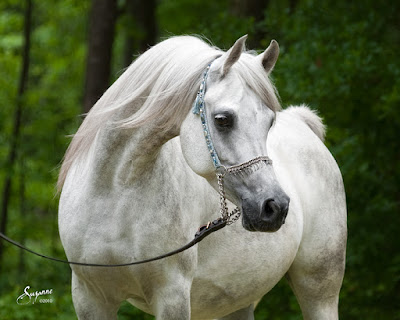 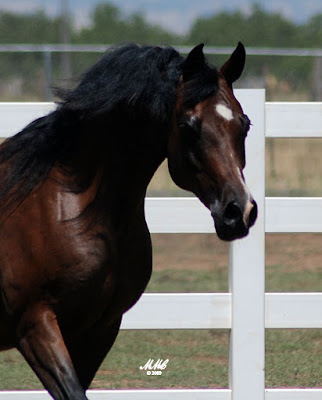 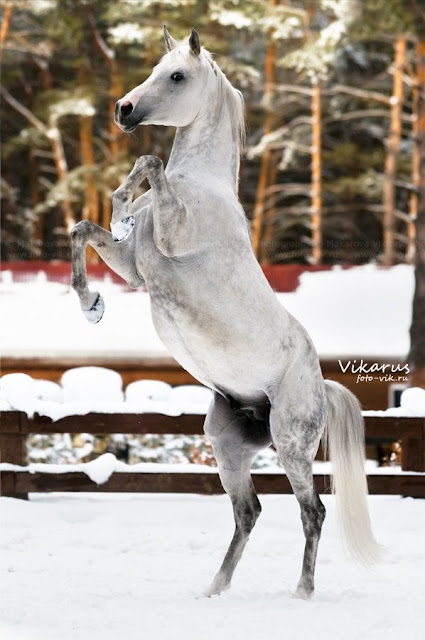 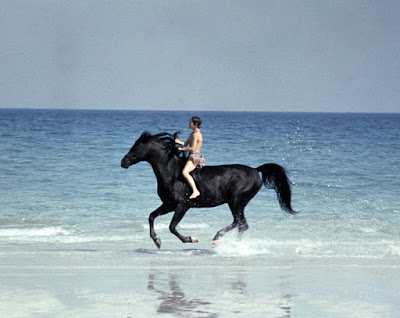 An animation I made from frames of Fred Ott's Sneeze, a film made in 1894 by Thomas Edison. The original lasted two seconds and had no musical accompaniment. I've been experimenting with putting some of my animation experiments on YouTube so they will be easier to post here.

What a tortilla sounds like on a record player


Posted by Margaret Gunning at 12:20 AM No comments:

Email ThisBlogThis!Share to TwitterShare to FacebookShare to Pinterest
Labels: what a tortilla sounds like on a record player
Newer Posts Older Posts Home
Subscribe to: Posts (Atom)