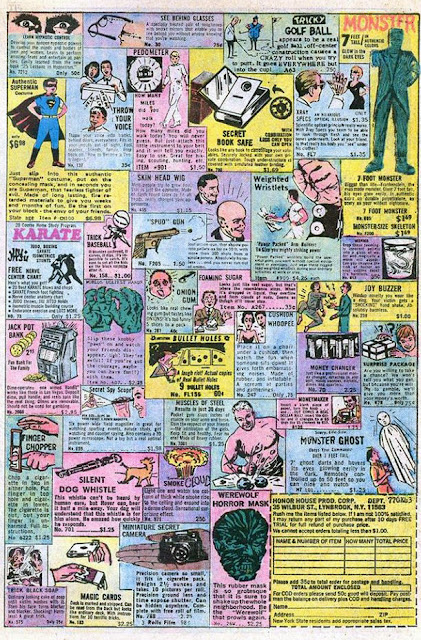 I can say nothing about this gorgeous work of art  (so I'll say something): it symbolizes every summer I ever spent at the cottage, sand on my feet, still wrapped in the innocence of pre-puberty, the Jimmy Olsen Annual clutched in my hand, and all my life (such as it was) still ahead of me. Beach sand and lake water and very short, very short holidays, and long periods of wondering what these marvels would look like if we really had them. No one I knew ever sent away for them, perhaps because the addresses were always in the States somewhere. It was just too intimidating.

Were my comic book ads ever this lovely? I doubt it, and I think they left out some of the most important ones: 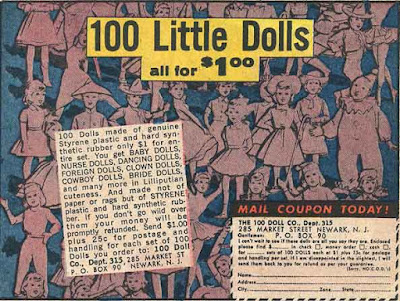 The "100 Little Dolls". They were little all right, an inch and a half tall, kind of like those plastic soldiers that stood up on a base, but much more slender. I've seen pictures of them, and they remind me of those plastic cocktail skewers that look like things or people. 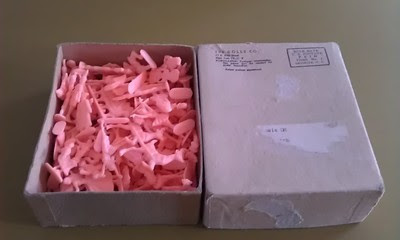 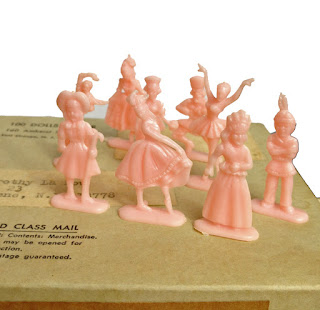 These are now a valued collectible on eBay, for much more than $1. These dolls were made "not of paper or rags but of STYRENE plastic and hard synthetic rubber," a wonder-substance in those days. The dolls were described as having a strange quality known as "Lilliputian cuteness", a bizarre expression if ever there was one, and one that no child (and few adults) would understand unless they had read Jonathan Swift. 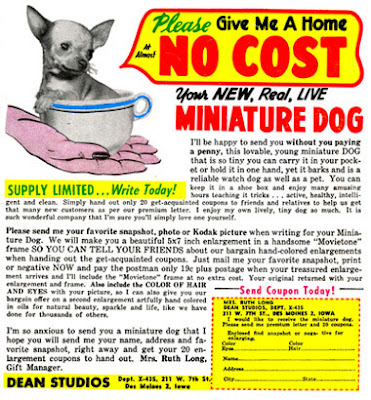 I think you had to sell something here - photos, this time, which might have been a somewhat easier sell than going door-to-door with salve. I wonder if anyone ever did "win" the chihuahua in a teacup. I feel sorry for a tiny dog, likely sent through the mail, traumatized. They don't even call it a chihuahua, but a "miniature dog".

Here is the text, or as much of it as I can read:

"I'll be happy to send you without you paying a penny, this lovable, young miniature DOG that is so tiny you can carry it in your pocket or hold it in one hand, yet it barks and is a reliable watch dog as well as a pet. You can keep it in a shoe box and enjoy many amusing hours teaching it tricks. . . active, healthy, intelligent and clean. Simply hand out only 20 get-acquainted coupons to friends and relatives to help us get that many new customers as per our premium letter. I enjoy my own lively, tiny dog so much. It is such wonderful company that I'm sure you'll simply love one yourself."

I can't find any accounts from people who actually did get the dog, but there are a couple of horrendous stories about the fabled squirrel monkey, and they are so horrible - the worst animal abuse I can think of - that I won't recount them here. People were actually surprised that their monkey bit them, acted terrified, and pooped on the floor. One of the stories was supposed to be "humorous" and appeared on national public radio. Shame on them - it was a story of abject animal suffering and terror, which - surprise! - is NOT FUNNY. 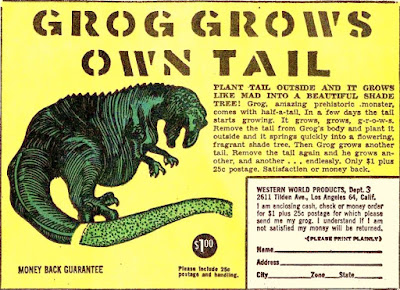 Another mystery, Grog. I wondered how this would work. Would it be sort of like those Hawaiian ti plants that used to be so popular then? They "grew like mad" too, except I could never get one to grow.

"GROG GROWS OWN TAIL. PLANT TAIL OUTSIDE AND IT GROWS LIKE MAD INTO A  BEAUTIFUL SHADE TREE! Grog, amazing prehistoric monster, comes with half-a-tail. In a few days the tail starts growing. It grows, grows, g-r-o-w-s. Remove the tail from Grog's body and plant it outside and it springs quickly into a flowering, fragrant shade tree. Then Grog grows another tail. Remove the tail again and he grows another, and another. . . endlessly. Only $1 plus 25 cents postage. Satisfaction or money back."

And then there were the baby turtles. I never even hoped for these. They just seemed too good to even dream about: 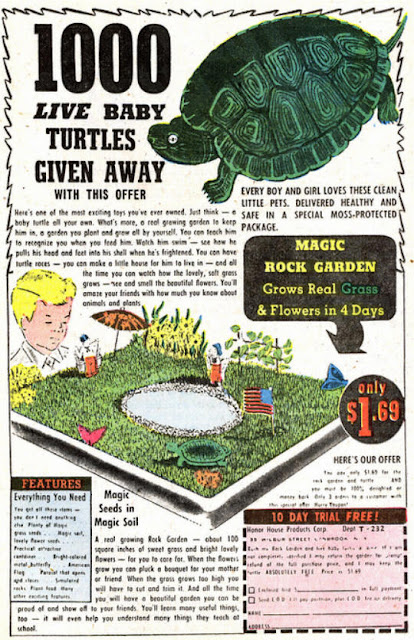 At first, of course, I thought you'd send away for 1000 baby turtles, which made me wonder where I'd keep them all, how I could hide them from my mother. You could get live baby turtles at the Metropolitan (what used to be called a "dime store", an expression you still hear once in a while), along with a plastic tank with a ramp in it, and a plastic palm tree. I was astonished to find out that you can still get these - they're called turtle lagoons - and that people still keep actual turtles in them. In Canada they're banned, for some reason - perhaps they smuggle contraband under their shells. 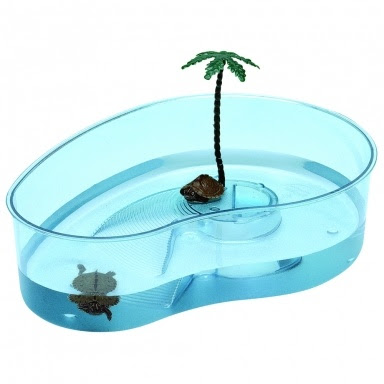 "Here's one of the most exciting toys you've ever owned. Just think - a baby turtle all your own. What's more, a real growing garden to keep him in, a garden you plant and grow all by yourselef. You can teach him to recognize you when you feed him. Watch him swim - see how he pulls his head and feet into his shell when he's frightened. You can have turtle races - you can make a" (oh, fuck the rest). I don't like the idea of calling a living creature a "toy", but I guess that was the attitude back then. The turtle likely wouldn't survive shipment anyway. 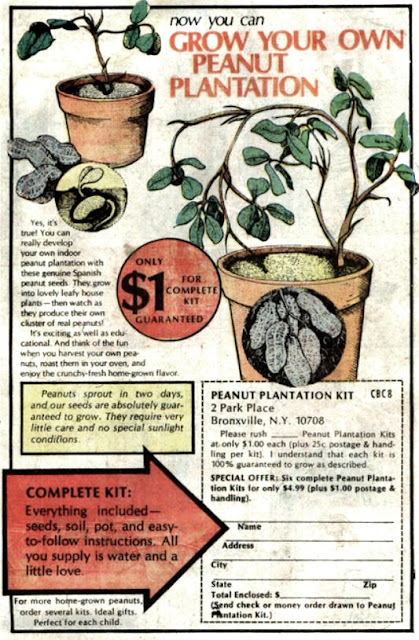 And how cool is this? You could actually grow, harvest and eat the peanuts. Maybe sell them! Except that it would never work in Southwestern Ontario, with our three feet of snow in the winter, and the ground like iron. The text is a little too small/boring to transcribe. 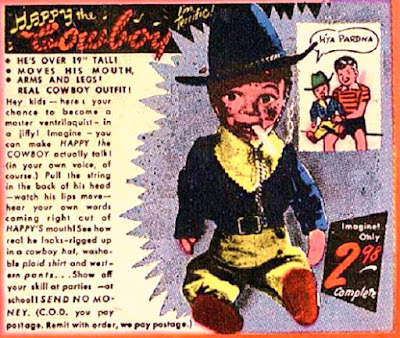 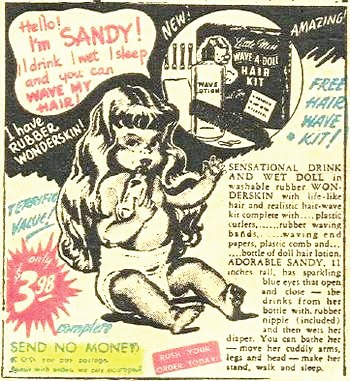 I confess I didn't see these ads until I found them on Google. Just as well. Why didn't we see how creepy these things were? It's kind of like the way we didn't see the creepiness of clowns. Back then, "rubber wonderskin" was a GOOD thing.  A cowboy ventriloquist's dummy smoking a cigarette was something every boy ought to have.

And these need no explanation. 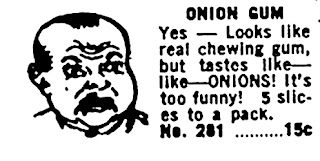 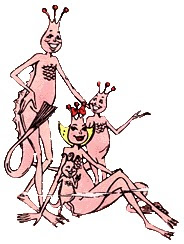 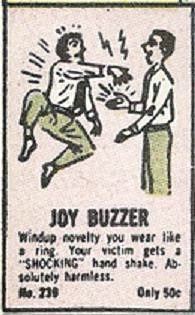 Posted by Margaret Gunning at 1:37 PM No comments:

Ringo was late to the party

Ringo was late to the party - we all know that - but soon found his slot, or slid into it, and thus the Beatles were born. Prior to that, there was somehow a feeling that a piece was missing. Once he was on board, the whole thing exploded.

I loved Ringo first. I saw the Beatles on the Ed Sullivan Show on my tenth birthday - it was their first time on the show, and nobody quite knew what the hell was going on, except that this babyfaced quartet were generating incredible excitement. Elevated on a sort of throne behind the three others was none other than Ringo Starr, the only Beatle with a made-up name, and in some ways the runt of the litter. This guaranteed that all the girls would love him best (pardon the pun!). 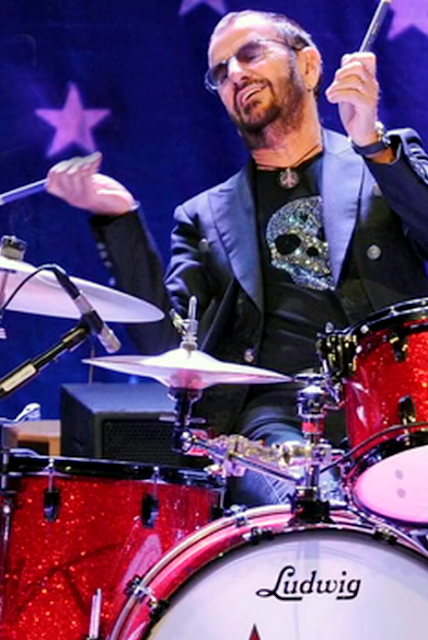 Ringo was a bit of a mutt, with a big nose and sad blue eyes. He didn't have conventional good looks like Paul, or a slashing wit like John, or spiritual gravitas like George. He was the waif. Three of the four Beatles had abandonment issues around their parents (only George had a more-or-less normal working-class childhood). Ringo's father just walked out, as did John's (and we all know what happened to John's mother). Fatherless boys can go one way or the other. But both ended up lashed onto a comet which is still streaking across the heavens, even with two members gone.

Ringo's still around, and he's hip, he is so incredibly hip! He has waited all his life to be this hip. Paul is looking fragile and has had a little work done on that sweet, slightly overripe face, but Ringo seems twenty years younger than his age. Being a Beatle, being in that world, has been an education, and his joy has survived.

I was delighted to hear that his eldest son Zak - remember Zak? - has done not-half-badly on his own, serving as drummer for the Who - THE WHO??? Yes. Them. And you don't get those kinds of gigs handed to you because you're a Starkey. Famous Dads can even be the end of your career. You get them because you are brilliant.

Ringo's virtuosity is subtle but irresistible, a savant power that he has always had, and which has evolved. If you doubt me, try to imagine the Beatles' masterpiece, A Day in the Life, without Ringo. This is the backbone of the whole thing.  Listen to it again.

Post blogservations. My Ringo doll! Everyone had a Beatles doll back then, which you smuggled to school and kept in your desk. Mine, of course, was Ringo. I don't still have the thing (how crazy do you think I am? Don't answer that), but of course was easily able to track down a photo of one. Nothing ever goes away on the Internet. 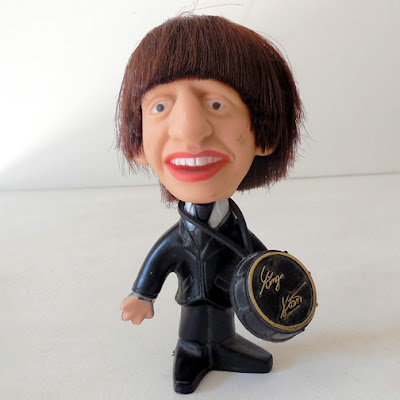 Doesn't look much like him, but no one was prepared for the Beatles back then, for what they would become. I thought that was a hat at first - some sort of fez, or a French foreign legion thing, which wouldn't make sense, would it? But I think it's a tambourine. They couldn't stick a set of drums on him too easily.