Assorted meaningless nonsense with a Canada 150 logo slapped on it 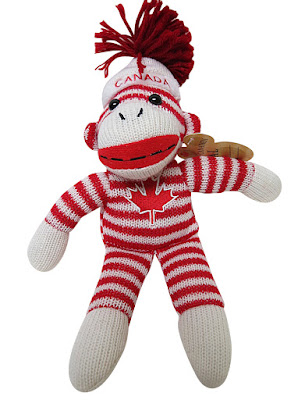 Assorted meaningless nonsense with a Canada 150 logo slapped on it


— World’s most inconvenient cutting board 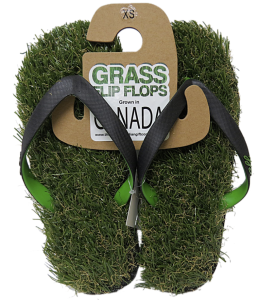 “I love the feeling of grass on my feet, but I live in a parking lot.” The Great Canadian Gift Company


— Red-and-white tulips that are actually orange— 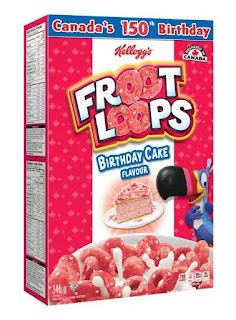 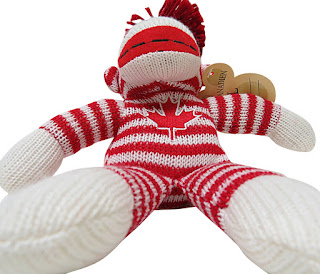 Posted by Margaret Gunning at 5:08 PM No comments:

Email ThisBlogThis!Share to TwitterShare to FacebookShare to Pinterest
Labels: assorted meaningless nonsense with a Canada 150 logo slapped on it, Canada 150

These are just a few of the thousands of proposed designs for the Canadian flag. They actually had a contest, folks, and the winner (one of those "why didn't I think of that?" designs) was made official in February of 1965.

Posted by Margaret Gunning at 11:07 AM No comments:

Posted by Margaret Gunning at 11:06 AM No comments:

Today Canada turns 150, and though I couldn't get into it at all for the longest time, today I suddenly feel myself almost overcome with emotion. I trawled YouTube to find a decent version of O Canada, and unexpectedly (though why was it so unexpected, at this time in our history?) found ZILLIONS of versions, most of them not very good. A very well-known animated one that used to be shown when TV stations signed off for the night seemed like the obvious choice, but it just didn't work for me. There were some very abstract ones that misfired, very sentimental ones, and many that just weren't sentimental enough. When I began to watch this one, I realized I was crying. I wasn't expecting this at all. Something to do with the images that are so bang-on, and the choir that does not sing in words, but only sings "Ahhhhhhhhhh. . ." 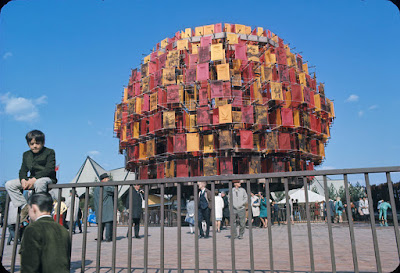 Some say the Canadian identity formed as a sort of allergic reaction to the U. S., and there may be some truth in that. It's hard to love our neighbor right now, and I have to say I hate the things that they're doing, which cannot help but affect us. We feel crushed by that great elephant the first Trudeau talked about. But the fact that we're on our second Trudeau seems strange and miraculous to me. I remember when Justin Trudeau was born on Christmas day (which seemed significant for some reason), and everyone in my family went around snidely singing, "For unto us a child is born. . . " from Handel's Messiah. The next line of it, which no one sang, is, "And the government shall be upon his shoulders." It did cross my mind, back then, that some day it might be true. 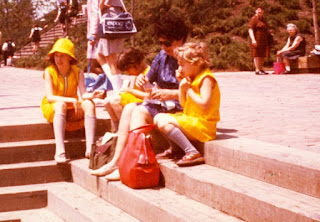 More weird things are happening now. I compared notes with my husband the other day: "Are you having flashbacks from Expo '67?" To my surprise, he said yes. All sorts of stuff from the Centennial year is coming back to me now, most of it pretty cheesy, even hideous, but we thought it was wonderful then. Man and His World. The Geodesic Dome. The Monorail. The Canadian Pavilion. The Musical Ride.

And La Ronde, with rides that would probably seem pretty tame today. Going down the Flume ride and getting soaked, and going down the Flume ride again and getting more soaked. And again, until the sky opened up in a huge thunderstorm and made "soaked" seem redundant. I remember I was wearing a white cowboy hat that literally melted under the rain. 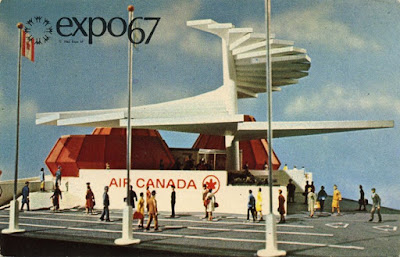 But it was all so exhilarating. Hell! A world's fair, for US! Canada was an incredible 100 years old, and for once we were going to fling down our usual reserve and CELEBRATE! I cannot post the Bobby Gimby song "Ca-na-da" (one little, two little, three Canadians) because when I listened to it again I felt nauseated, but back then we couldn't get enough of it. It quickly became the theme song of the Centennial.

Then there were all the patriotic songs we sang in school, pulled out of somewhere, then put away and never sung again. (I could not find good versions of Land of the Silver Birch or Something to Sing About, or I would have posted them.) 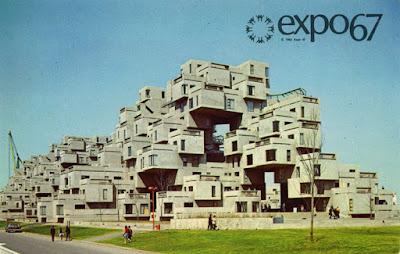 It's a junk drawer, like most events you haven't even looked at in, oh, 50 years or so. My brother Arthur is all caught up in it. We were close then, he was 18 and I was 13, and I had no way of knowing he wouldn't live a normal life, or a normal span. He was funny and weird and he didn't last long, sort of like Expo.

There was a song called A Place to Stand which could get to me, all about "Ontari-ari-ario" where I grew up. Mostly it was sung in the usual cheesy way, but sometimes it was used on CBC as a sort of animated filler, and it had no singing, just a couple of violins. It used to knock me right over. 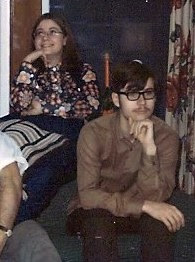 I want to make something, to DO something about the 150th, not just sit here posting videos and rambling. I want to make something move, but not in the ridiculous way that I make a goose or a moose or a ham loaf move. It's really too bad I have no artistic ability, can't draw or paint to save my life, for it might be a comfort to me now that I seem to have reached the end of my creativity.

I was trying to figure out what that horrific Habitat structure reminded me of (and unless I am mistaken, it's still standing and people still live in it in Montreal). It's that godawful UFO pod village in Taiwain: 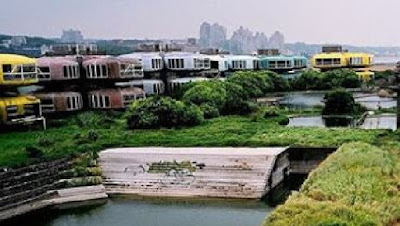 I had one more thought in this ramble. This isn't done much any more - it's an old-school Canadian kind of thing, to wonder who the "greatest Canadian" is - I mean of all time, and invariably it's some stodgy old white guy with lots of money. Perhaps a Prime Minister from the early 1900s.

I have a candidate, for the simple reason that his influence echoes on in the most potent, living-and-breathing way, and will go on that way for untold generations.

Posted by Margaret Gunning at 10:55 AM No comments: