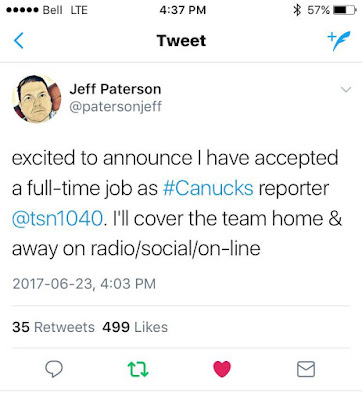 Posted by Margaret Gunning at 6:08 PM No comments:

Email ThisBlogThis!Share to TwitterShare to FacebookShare to Pinterest
Labels: congratulations

Really stupid things about the '60s 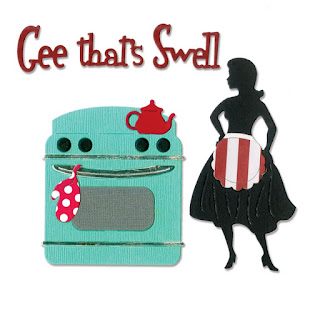 As with most of my posts, this one started off as something else: '60s phrases that are still in common useage today. Back then, nobody thought these mostly inane little expressions were going to have such staying power. But think about it.  In the '70s, nobody said "23 skidoo!", "I love my wife, but oh you kid", "Saaay!", "I think you're swell", or "Are you sore at me?" Those phrases only exist in late-night movies on Turner Classics.

But it's mind-boggling to realize that a lot of '60s slang has lasted FIFTY YEARS, which is the equivalent of people in the '60s using slang from World War I. 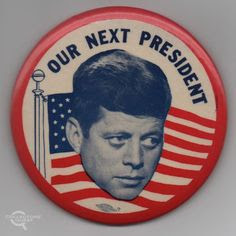 It never ceases to surprise me how often these still crop up in ordinary conversation, usually among people who didn't live through that memorably confused era. In fact, though I have no way of measuring this, I think I hear these phrases much more often now than I did 50 years ago. Most of them didn't even exist in the early '60s, when Pat Boone and Doris Day were the music idols of the day. They came along in the hippie era, the last few years of the decade, from 1967 - 1970. Most of the expressions came directly out of the music scene, meaning the drug scene - in particular, psychedelic drugs. Hanging on to catch-phrases half a century old never happens - never has before, and, I am convinced,  will never happen again. Here are the ones I remember off the top of my head:

Boggles the mind
Blown away
Blows my mind
Bummed out
Bummer
Cop out
Crash (sleep)
Do your own thing
(a) drag
Far out
Flake/flaky
Freak(ed) out
Freaky
Guilt trip
Hangup
Hassle
Incredible
Into
Laid back
Lay a trip on
Man
Mind-blowing
Mind-boggling
Munchies
(not) my bag
(not) my thing
Oh wow!
Push my buttons
Ripoff
Scarf (eat)
Shades
Spaced out
Trip
Tripped out
Trippy
Turned off/on
Unreal
Uptight
Wiped out
Wired
Zoned out

Most of these expressions seem creaky and anachronistic, even inappropriate, in a setting like 2017 when most people aren't talking much at all any more (not even into their phones - they talk with their thumbs now, which is - I now see in a blinding flash of clarity - why we evolved with opposable thumbs to begin with). But still they pop up with alarming regularity, every day. 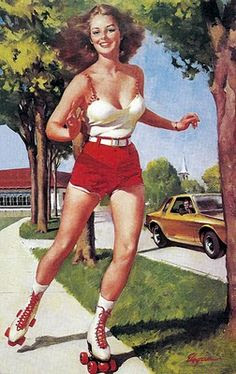 Having run out of ideas about this, I started thinking about related '60s things (most of them really stupid) that somehow never go away.

Item: 1960s pop songs with unintelligible lyrics. I already covered the Dada-ist mishmash Nikki Hoeky in another post (and I don't want to go there again). In some cases, there is just ONE line you can't decipher, a line that drives you absolutely crazy and leads to one bizarre mondegreen after another. 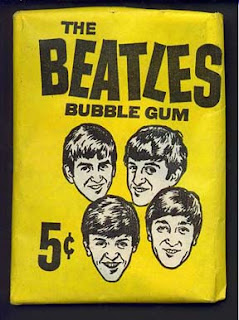 So why on earth should I moan,
'cause when I get you alone
You know I feel OK

OK, what did YOU think it was? It was just an unintelligible blob of words to me. I don't know if anyone got it. No one asked, because even then, nobody listened to the words anyway, until Bob Dylan came along.
She Loves You

Pride can hurt you too
Apologize to her

That one, I thought, was "frighten her to do", which doesn't make much sense unless you take into account John Lennon's shocking possessiveness with women ("I'd rather see you dead, little girl, than see you with another man").

And then there are a few songs that are just plain stupid, that make NO sense or are so dumb we can't quite believe they made the Hit Parade.

Lookin' for some happiness
But there is only loneliness to find
Jump to the left, turn to the right
Lookin' upstairs, lookin' behind!

Lookin' back on the track for a little little green bag,
Got to find just the kind or I'm losin' my mind,

I found it in a tree
Just the other day
And now it's mine, all mine
They won't take it away 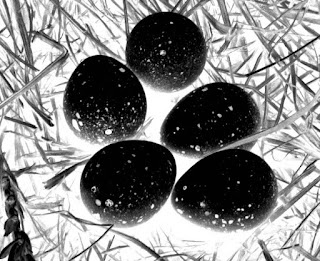 Here comes Mary, here comes Lee
I'll bet what they want to see
I won't let them stretch their necks
To see my little black egg with the little white specks

The "little black egg". Right. Knowing the '60s, people probably argued all night long in an altered state  of consciousness about "what does it mean?" 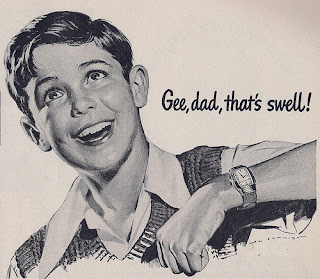 Include him in everything you do.
Beautiful people
You ride the same subway
As I do every morning

That someone said it here and now
I make a vow that some time, somehow
I'll have a meeting
Invite everyone you know

And you're all beautiful people too 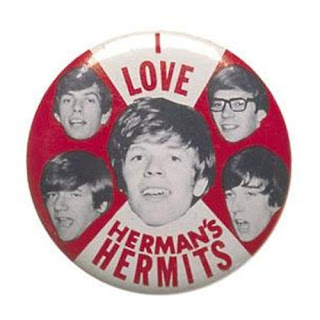 Melanie Safka DID have some good songs.  I'm pretty fond of the "brand new rollerskates", Candles in the Rain was OK, and she wrote one - I just found out - called The Nickel Song that I heard Nana Mouskouri do decades ago, and loved. The lines that leap out and assault me are "'Cause there'll always be someone/With the same button on as you". I think of Eldridge Cleaver and "Kill All the White Men".

It's just that general, swampy, I-love-absolutely-everybody sentiment that sticks in my throat. "I'd gather everyone together for a day" for some reason reminds me of the afternoon I was held prisoner by some Jesus freaks in the 1970s. To this day I remember the mindlessness, the void I saw in their eyes, and I wonder whatever happened to them all. "Everyone" could include pimps, serial killers, Neo-Nazis, or . . . am I just too jaded by the horrors of 2017? No! This thing is disgustingly naive! It's just. . .sorry, Melanie, I can't buy it. I don't have the same button on as you.

Now you got
The feeling you're great
'Cause we shared
A few looks
And I made one mistake
But it could have been any one
I was looking for that kind of fun
And you were right there
In love, all is fair
But don't think that I care

I included the whole lyric here because the ending is so obnoxious/nonsensical. I first heard Melanie perform this on The Mike Douglas Show, except that I didn't know it was Melanie because unless you read fan magazines, you didn't know what pop stars looked like, and I missed the introduction. It was the "huh, huh" stuff that drove me crazy, and the INTENSE way she did it. Before singing it, she explained to Mike that it was "kind of torchy". I didn't know what that meant.

ADDENDA. Hey, guess what! I found out some stuff here (on Wikipedia, so it MUST be right) that makes SOME sense of these lame lyrics. As with Nikki Hoeky, Little Green Bag might be a mixup in translation:

The track's original title was "Little Greenback", in reference to the color of the US dollar. The first line of the lyric, "Lookin' back on the track for a little greenback", has three rhymes (underlined); "green bag" would not be a true rhyme. However, the single was given the erroneous title, "Little Green Bag", which some took to be a "bag of marijuana". The "Little Green Bag" title was then retained for all subsequently released versions of the single as well as the group's 1970 debut album, also titled Little Green Bag. This is an example of a mondegreen.

I realize this explanation is a lot longer than the song.  But if you want to prove this to yourself, just listen to the recording of The Little Green Bag. It's very plain he isn't saying "green bag" at all, but "greenback". The k sound is very distinct. But we don't hear it that way unless we're expecting to. Makes me wonder about all the other things we accept on faith, because everyone else is doing it, or because we've been told it's the way it is - even though "they" are plainly wrong. 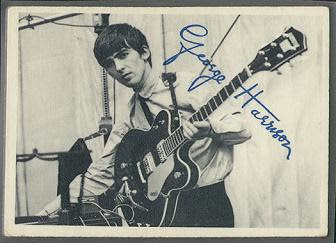 "The Little Black Egg" is a song first performed byDaytona Beach, Florida garage band The Nightcrawlersin 1965. It was a minor hit in both the US and Canada, reaching number 85 on the US Billboard charts in 1967, while doing slightly better in Canada, where it hit number 74. The song has been since covered by multiple artists including Inner City Unit, The Lemonheads, Tarnation and The Cars. It was The Nightcrawlers' only hit, though many have claimed it was the first guitar riff they learned during the mid-'60s. The song was written in 1965 for an Easter concert, in which the band opened for The Beach Boys. Allmusic reviewer Matthew Greenwald describes the song as a "slightly bizarre nursery rhyme", with lyrics about a rotten bird's egg. Other explanations claim the song referenced miscegenation in segregated Florida.

Miscegenation in Florida? Sorry, guys, it just does not work.