This is the city: Top Cat's neighborhood 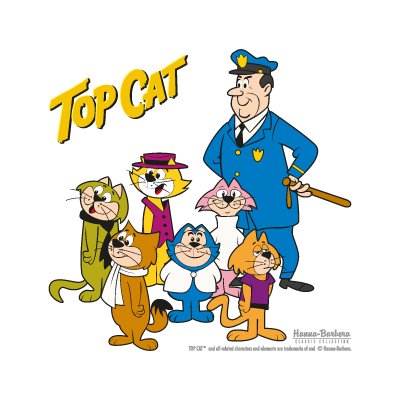 In my rediscovery of the magnificent Choo Choo, who was perhaps my favorite cartoon character of all time,  I've been thinking about some of the mysteries of the Top Cat theme song lyrics. This is, as far as I am aware, the correct version.

Top Cat, the most effectual
Top Cat, who's intellectual
Close friends get to call him T. C.
Providing it's with dignity

Top Cat
The indisputable leader of the gang
He's the boss, he's a VIP
He's a championship
He's the most tip top
Top Cat

Yes he's the chief, he's the king
But above everything
He's the most tip top
Top Cat

By God! I never knew the line was "he's a VIP" until just now, after listening to it seventy-seven times. But now that I hear it, that's all it could be. Most lyric sites say "he's a pip", but it's definitely NOT "pip". For a long time, it sounded to me more like "bip". Finally I find a site that says VIP, and I think: no way, nevermore! But yes, it works, if you pronounce it like one word, "vip" (and I'm not sure which way you spell it, upper- or lower-case). This means "very important person", though "VIC" would be more accurate.

Not only that: one of the "misheard" lyrics below just clued me in on something. I think the second and third lines are usually heard as "whose intellectual/close friends get to call him T. C", but that doesn't make any sense. NONE of his friends are intellectual, not even my darling pink-coated, fluffy-tailed, Brooklyn-accented Choo Choo. But TC is smart as a whip.

So it makes more sense to say:

Top Cat, the most effectual -
Top Cat, who's intellectual -
(A slight pause, which you can actually hear in the song, then the next thought):
Close friends get to call him T. C.
Providing it's with dignity.

It even makes better grammatical sense, at least to me. I added the dashes just for dash.

Now, can you believe I found whole web pages devoted to "mondegreens" (misheard lyrics) for the Top Cat theme? The "providing it's with dignity" line was especially problematic for people, reminding me of the Flintstones: "let's ride with the family down the street/through the courtesy of flphghghvfllgheep." It's worse than the "you know it's up to you, I think it's only fair" in the Beatles' She Loves You (quick - what's the next line?)

So a lot of the best mondegreens come from that line, often leading to shocking references to "whipping". This is a children's show, for God's sake (though you'd never know it by the crookedness and delinquency of T. C.'s gang of reprobates).

Close friends get to call him T. C.
Providing it's with dignity

Close friends get to call him T.C.
Come right in, it's whipping for tea.

Close friends get to call him T.C.
Come on in he's whipping the 't'.

Close friends get to call him T.C.
Providing there's whipped cream for tea.

So. When this show first came on, I was seven years old. It surprised me to find that out, because I think I "got" quite a bit of the humor in it. I noticed that most of the background music had been recycled from The Flintstones. I absolutely loved Choo Choo. He was, and is, adorable. For some reason I remember T. C. brushing his teeth before going to bed in the garbage can, and missing one side. That really bothered me, because I had been nagged and nagged about the proper way to brush my teeth.

As for the "with dignity" line, mine was the worst of all:

Close friends get to call him T. C.
Most cats are just dripping to see
Top Cat (etc.)

What that means, I don't even want to speculate on.

For my money, this is the best cover version of the Top Cat theme, which is ubiquitous on YouTube. I'm thinking of doing a version myself. This guy's ukelele chords are incredibly sophisticated. He looks a little bit like the kid from Deliverance, but that just adds to the mystique.


(Why has this suddenly become a Top Cat blog? Well, why the hell not? It's not about anything in particular, not any more, since Harold Lloyd crashed in flames a few years ago. So now I just do it, put up what I'm interested in at the moment. And at the moment, it's this.)

Posted by Margaret Gunning at 12:15 AM No comments: 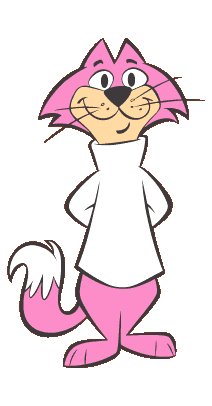 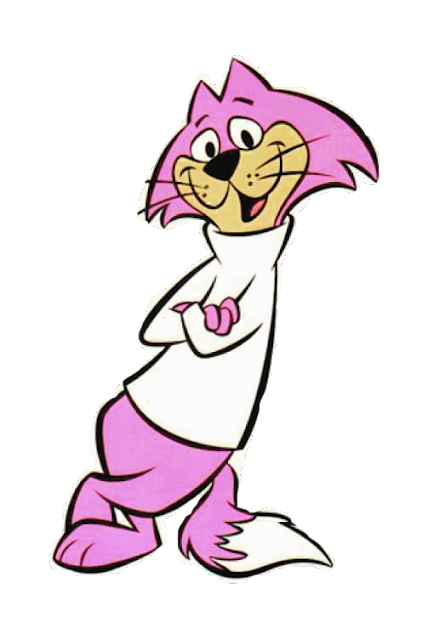