My last word on the Oscars screwup 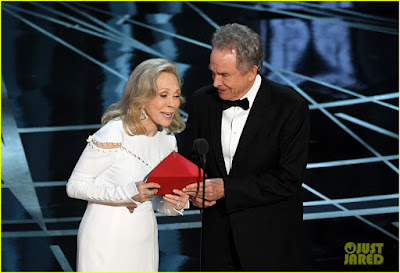 There's a kind of magic in being able to read the Best Picture winner from an envelope clearly marked Actress in a Leading Role. 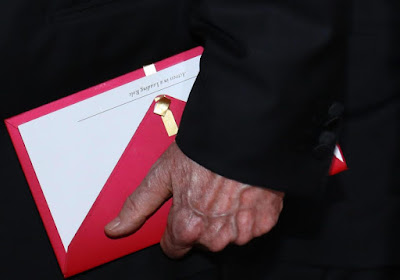 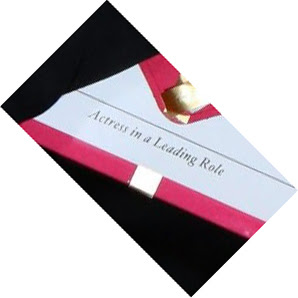 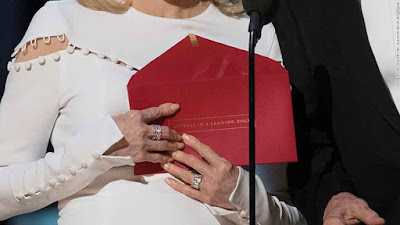 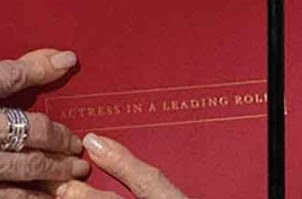 Either that, or it's just plain stupid.

Even more stupid are these accountants! They had ONE JOB, and they (or he - it was Brian Cullinan who actually screwed it up) were unable to perform it correctly.

Their earnest explanation of how foolproof their little system is now rings sort of hollow. This is a quote from the Huffington Post:

In a blog post published on Medium this month, Brian Cullinan and Martha Ruiz of the firm PricewaterhouseCoopers, explained the process of handling the envelopes for the Oscars. Mr. Cullinan wrote that he and Ms. Ruiz each had a full set of envelopes and stood on opposite sides of the stage, where they handed envelopes to presenters.

“It doesn’t sound very complicated,” Mr. Cullinan said, “but you have to make sure you’re giving the presenter the right envelope.”

Ahead of the show, both Ruiz and Cullinan seemed assured that no mistake of that kind would be made.

Cullinan told The Huffington Post before the ceremony that if a wrong winner were to be called, “We would make sure that the correct person was known very quickly. Whether that entails stopping the show, us walking onstage, us signaling to the stage manager — that’s really a game-time decision, if something like that were to happen. ” 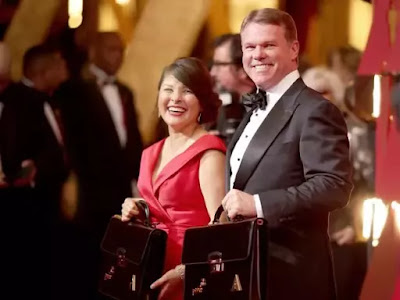 (Proud of yourself, Brian?) 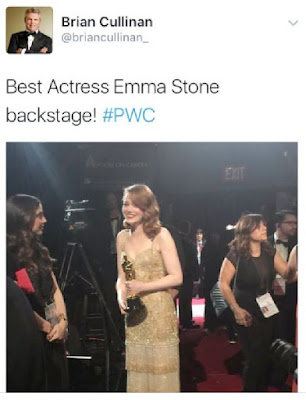 Blogger's note. The above image may be a clue to the whole thing. Brian Cullinan, whose sole responsibility was to hand Warren Beatty the Best Picture envelope, got starstruck and distracted, posting this tweet of Emma Stone only a couple of minutes before he was to perform his incredibly difficult envelope-handing duty. Somehow or other, he neglected to look at what was written on the envelope, or didn't bother, or just assumed it was the right one. Or - didn't care.

What was written on the envelope was: Actress in a leading role. The category Emma Stone had just won. The same Emma Stone he was tweeting photos of and drooling over.

So did the real envelope get stuck to the bottom of his shoe with a blob of gum, or what? Nobody ever sufficiently explained where the actual envelope came from, who found it, ANY of that.  The obnoxious La La Land guy, the one who snatched the card out of Warren Beatty's hand, later said "it just appeared out of somewhere". Great. With this level of insight, I am sure things will function much better next year.

But here's another weirdball detail. Brian Cullinan and that chick, you know, Martha Ruiz, kept saying there were TWO briefcases, containing two identical sets of envelopes with the names of the winners.

One for Brian. One for Martha. 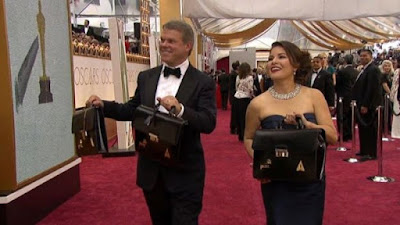 I see three. Do YOU see three? Can't these guys count? They're accountants, aren't they? What the fuck is going on here?

With so many identical black briefcases being juggled around, each containing God knows what, is it so surprising that it got mixed up?

Well, yes, it IS surprising, to me. Any alert five-year-old could hand over an envelope without screwing it up. I think I did it in kindergarten.

You will always be remembered as the man who fucked up the Oscars, Brian. That sound you hear? It's not a waterfall or a rushing stream. It's your career being flushed down the toilet.

(Let's see this one more time.)

Update. All right, just ONE more thing! Look at these tasty photos of Brian Cullinan (as if we needed any more evidence that the envelopes were screwed up): 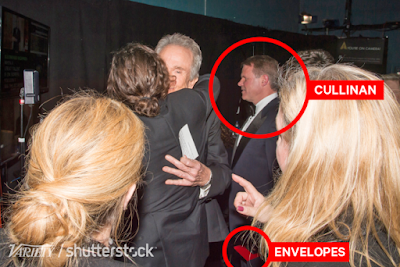 Brian Cullinan backstage (that looks like Warren Beatty getting hugged, and Emma Stone with her hair pulled back). Note the red circle marked "envelopes". 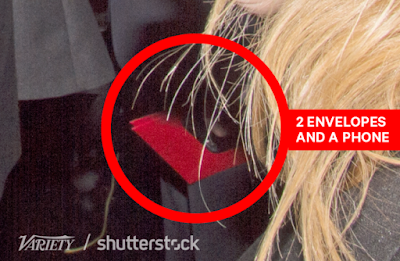 ZOOM IN! We see that in his left hand, Cullinan has two envelopes and a phone. ONE of those envelopes must be the right one for Best Picture! And the other one is, well. . . uhh. . . (the one he gave Warren Beatty). 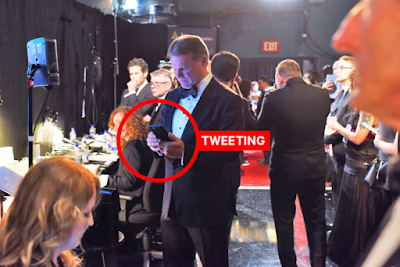 And here he is tweeting away, starstruck and wanting to align himself with all that glamour. (These are tweets that he madly deleted as soon as the shit hit the fan). The theory is, he was too distracted by social media to do the ONE JOB he was supposed to do that night.

The more I think about this, the worse it gets. He obviously did not even look at the envelope he handed over to Warren Beatty, nor did he look at the one he still had in his hand.

Or maybe he did!

Maybe he KNEW he got it wrong, panicked, didn't know what to do, and pulled a Teddy Kennedy at Chappaquiddick (sorry, you have to be pretty old to remember this) and just pretended it didn't happen.

Hoped it would go away.

Most people are thinking in terms of: "they" only knew when the title came out of Faye Dunaway's mouth. But it's possible this guy knew almost right away - if he even glanced down at the card he still had in his hand. If so, he stood there doing nothing, not just while they announced the erroneous winner, but all through the reading of the nominees and the relevant film clips (a process which seemingly takes forever). That's a lot of time to stop the proceedings, go onstage and say, "Sorry, folks, I screwed up."

We hear today his involvement with the Oscars has been terminated, but he still hasn't been fired. It's a mystery as to why. As one wag put it: "Would you want HIM doing your taxes?" But perhaps the firm believes that firing him would be too much of an admission of guilt and would wreck their chances at the Oscars next year.


Posted by Margaret Gunning at 12:13 AM No comments:

Meryl Streep at the Oscars: my new, improved gif!

I managed to salvage five images from the internet of Meryl Streep's unforgettable reaction to the Oscars screwup, in which Best Picture was awarded to the wrong movie. Turned out that, because they were taken quite close together and she was looking straight into the camera (gee, I wonder why?), they made quite a nice gif. It does seem amazing, however, that she wasn't looking at the stage at the time. She was looking at. . . whoever. Whoever had the camera on her at that moment.

Speaking of Oscars, can't we give her an honorary one just for this?

Posted by Margaret Gunning at 12:12 AM No comments:

Pop my laces: swordfight in a corset


Posted by Margaret Gunning at 12:09 AM No comments: