This says it all.

Since my discovery/rediscovery of the ravishing Buick ad with the girl leaning on the even-more-ravishing 1946 Buick, I've been tinkering and retooling this post. Naturally, when you see an image this tasty, you're going to want to animate it (or, at least, I am). About the only thing that looked animate-able was her arm. My first few attempts were so stiff that they looked laughable - but then I got onto bending her arm at the elbow. Really, it doesn't look too bad.

Here I alternated the basic wave with a wider gesture which looked a little silly by itself, but seems to fit here. Naturally, these actions aren't going to be smooth. When I get a little better at this, I might find a way to make the actions more natural.

This is the fist-pump, which took quite a long time to do, because I had to mess with the hand to make it look more fist-like.

The free-style. I incorporated several different waves into this one. One of them is a kind of modified fist-pump, or "rah-rah" gesture.

I am SO sick of looking at this now that maybe it was a mistake to work on it. This is one of my all-time-favorite vintage car images. It's just so frickin' perfect. Maybe I need to put it away for a while.

This is my attempt to record that deathly sound I was writing about, you know, that doomy night noise that no one believes. It's there, but did not record very well, and I talked too much, perhaps out of nervousness. Bentley appears in this one, as he does in so many of my videos. He is my guide and my familiar.

More and more I notice another kind of sound during the day, whatever the hell it is. Am I imagining this? At first I fervently hoped it was the refrigerator going on and off, since it did seem to stop once in a while. But I checked when it was loudest, and the fridge was off.

It's always on one pitch, very low, very doomy. I hate it. I can't wear a headset or earplugs because they seem to concentrate it. I can't have music on all the time. If I'm totally absorbed in something else, it seems to go away, but it doesn't. If I focus on it, it becomes almost unbelievably loud.

The noise on the video, however, is definitely an aircraft. We've had some weird violence in our neighborhood lately, the kind of things we never used to hear of when we moved here. Recently there was a murder behind the recreation centre. Maybe the cops DO fly over, or the military, or someone else. Bill said he saw a police helicopter circling in the air above our local Walmart, where someone had threatened a clerk in the Customer Service department. For God's sake, people! If you have an item to return, bring your receipt. Don't wear the socks before you bring them back.

That sound MUST be coming from somewhere. It doesn't even seem to be outside. When I'm outside, there's too much ambient noise to pick this up. I swear, every so often it completely stops.

I just had this weird memory. In Chatham, when I was growing up, the environment was very strange. I see now that we weren't a normal family. We used to get static on the TV all the time, for no reason that was apparent. There was an old lady named Mrs. Clackett, and for some reason my mother used to say, "Mrs. Clackett is running the static machine again."

Does someone around here have a static machine? A doom machine? A what?

Now I remember something else. In Chatham, there was a local whore. She had a lot of children, rumored to be by different men. One of her children was red-haired. A nice lady asked her, "Does his father have red hair?"

I don't know what's wrong with me. 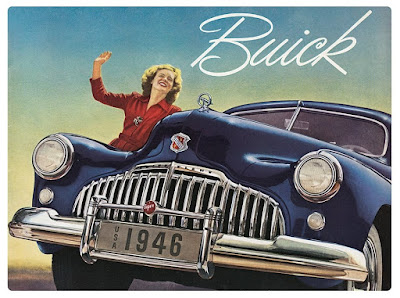 I have been looking for this for YEARS! You know those Pinterest atrocities - chunks and hunks of images, half the text cut off - abominations, really. I found a piece of this image several years ago and went looking for the rest of it, and couldn't find anything. Nothing whole, anyway. People carve things up into Facebook profile pictures/covers, YouTube avatars, etc.  But at last, when I least expected it, when I was looking for something else, this popped out at me.

I think it is simply glorious, and in pristine condition. It is THE post-War spirit, complete freedom from care and restriction. No more rationing of happiness or anything else! The fierce glare of the car only adds to the atmosphere, the bared teeth and aggressive, staring headlights.

And then I found this: 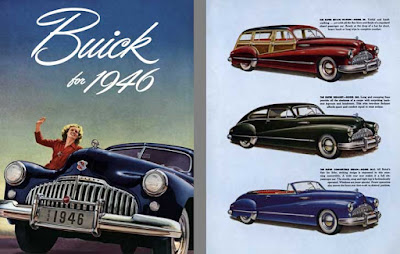 I think this was originally two pages in a magazine. I have seen, somewhere, a poster-ish version of the first page, but it's inaccessible to me. 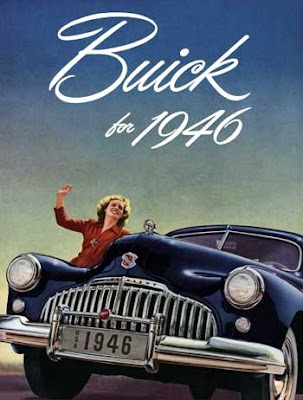 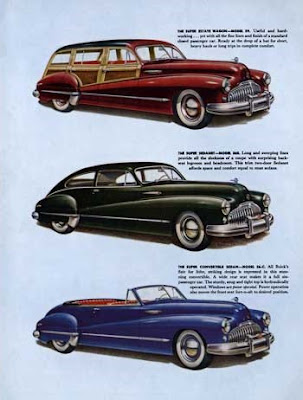 I am having a George Takei moment.


Meanwhile, please join my Festival of Old Red Buicks. I would have made a slideshow out of this, as usual, but the proportions didn't work, so I'll glom them all together into one "thing". 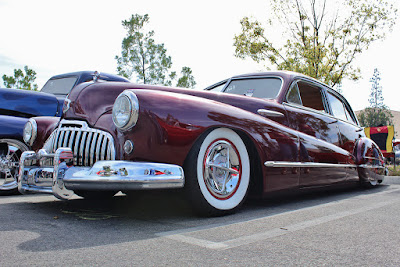 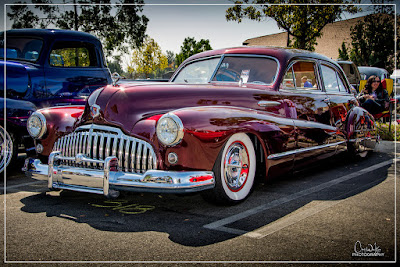 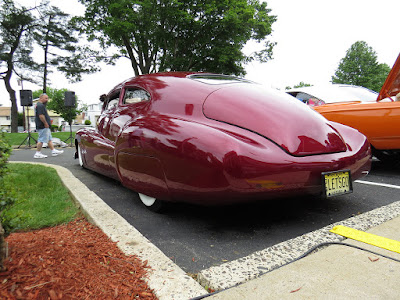 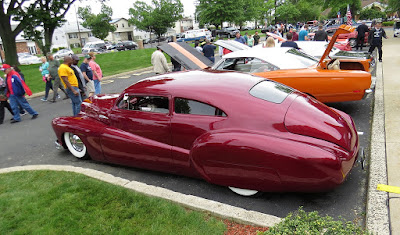 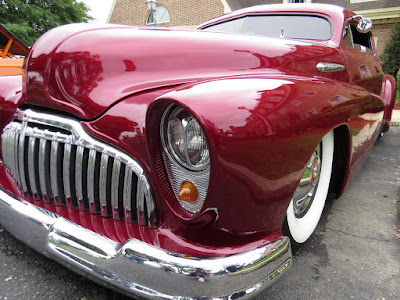 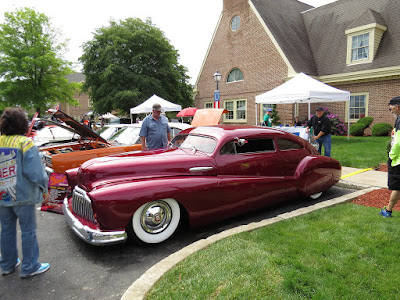 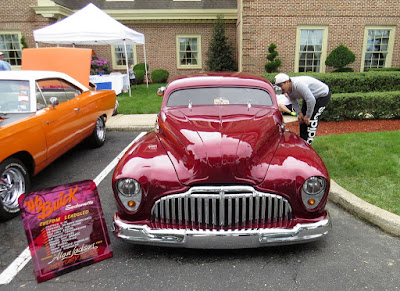 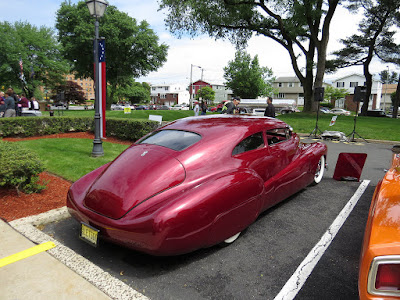 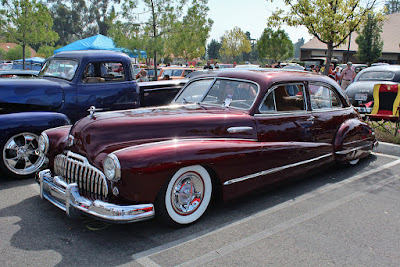 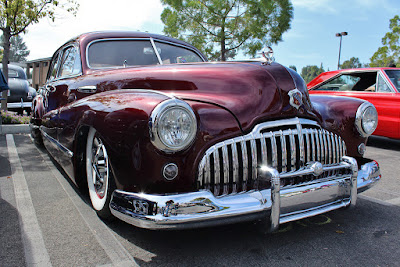 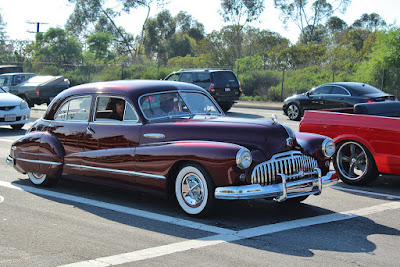 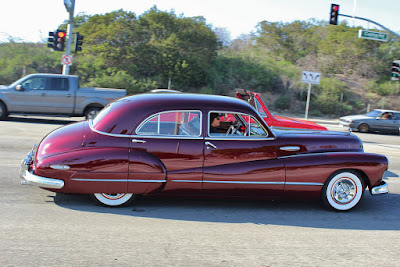 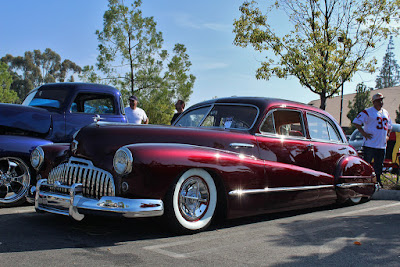