What could possibly go wrong?


The Myanmar hot air balloon festival (complete with detonation of a few tons of fireworks) is a new low in jaw-dropping public danger. But it's fascinating to watch. I don't have any mortality statistics on this incredible event, but just watching it - thousands and thousands of people running away screaming as nuclear-intensity bombs go off and live cinders rain down out of the sky - is compelling in an awful sort of way.

Does this distract me from the awfulness that is going on in the world? You bet it does. I don't know what else to do.


Believe it or not, this is an example of a "successful" launch. Even that looks too hair-raising to contemplate.

And the botched ones ARE a lot more fun.

The more I watch this video, the more disturbing it is.

This is a video of a horrendous accident in a fireworks factory in Denmark. What set it off was one careless slip by an employee who dropped a box of small firecrackers. There was no taking it back.

What's disturbing about it is -  well, a lot of things are. It's the sense something is being destroyed before our eyes - something normally associated with joy and celebration. But that's not the half of it. All the fireworks seem to be going off crazily at once, in some sort of mad twisted version of those lovely, orderly, gorgeously-coloured displays we see at picnics in the park.

Every once in a while, there is a hideous white-hot explosion of unbelievable intensity, forming a kind of sickeningly-bright mushroom cloud. Then more chitter-chattering of insane fireworks, their direction lost. It's as if their usual symmetry and beauty has been horribly corrupted. They've gone insane.


I think one life was lost - I don't know much about it, and am almost afraid to find out. Originally I was going to post some video that fascinates me, from a celebration in Myanmar (formerly Burma). Every year they take a gigantic paper balloon, put an immense open torch under it, pack the basket with a heavy load of explosive fireworks, and send it aloft. Something awful seems to happen at this event every year, and the one I was watching earlier today was the worst. The balloon almost seemed to be making its way upward where, at some timed point, the fireworks were supposed to shoot up into the sky. Then it began to sink. Something was happening to the hot air, it was escaping, or the open flame was shooting out sideways, but for whatever reason the balloon landed on the ground and then decided to let go with an upside-down version of the (homemade) fireworks which rained down live cinders all over the spectators. This was followed by the inevitable nuclear-strength explosion, with scenes of panicked people running around in thick smoke with fire hoses gushing everywhere.

That's how they do it in Myanmar.

A little slideshow I made from some spectacular photos of this yearly human roast. How does anyone survive this event? Why is it legal?

I have a feeling the following ream of Valentine poetry was written by thirteen-year-old girls. Having spewed a few reams of it myself, I feel I must be charitable. Emily Dickinson it ain't, but at least this poetry is sincere. One of them sings the praises of Labrador and Newfoundland, which I heartily agree with. Many of the poems praise their love object's lips, fingertips, and physical features generally. And not all of them are written by girls.

I was a little disappointed at the fairly-regular rhyme and meter schemes in these. The truth is, they're really a little too good. But they have a certain charm, a sweetness that made them worthy of a Valentine post of their own. And how can these lines be surpassed for sheer emotional honesty?:

I have one beef, however - a big one. One of the poetesses here shamelessly signs her name to a classic poem by Dorothy Parker (One Perfect Rose). Whether this was meant as quote, tribute, or outright theft will never be known. Oh well. We DO say "she stole my heart", don't we? From that, it's a short step to "she stole my poem". And now that I look more carefully, someone else is "quoting" from the  old song, "More (than the greatest love the world has known)". But it's Valentine's Day. Let's pin a big red heart on all our transgressions.

If I could be a postman
For just one single time,
I'd choose to carry valentines
so lovely and so fine.
I would not mind the heavy load,
Or mind my tired feet.
If I could scatter happiness
up and down the street.

A Valentine for You

Valentines, valentines,
Pink, red and blue,
I've made a pretty one
Just for you!

Today as Valentines go out,
To people near and far,
This one I'm sending right to you,
To say how nice you are.

Won't you bee my valentine
And fly away with me?
We'll bumble along together
'Cause you're my Honey Bee!

The Arrow strikes the Heart
Never to be torn apart
It is when feelings blossom and more
The heart which heals by the Bandage of love and cure
Roses, chocolates, cakes and some of the gifts in line
just some of the things to make a Perfect Valentine.
The hidden feelings of a heart that reveals
The boat of love which smoothly sails
How fortunate are those who enjoy this day
That is the time when one is lost

In the world of fantasy without any cost
The day when Cupid plays an Immense role
To provoke feelings in a Lifeless Soul.

when I first saw you
I missed the comfort of being sad
seeing you from far away
without telling you about my heart
I couldn't bare holding my thoughts
about how much I would like
to hold you and fill you with joy
when I first saw you,
I knew my love for you was never going to die. 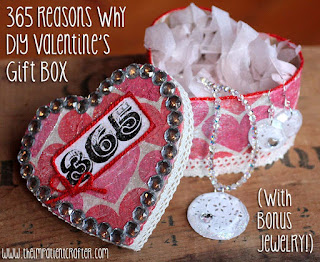 Will you be my valentine?

Oh Venus and Cupids I all summon you
to help me make my dreams come true
and to make this girl love me too
so I wouldn't forever be blue...

Your eyes are alive and oh so blue.
I see you but I'm unknown to you.
Maybe one day you'll see my face.
You’ll know it's me, I'm in a daze.
If ever you saw me standing there...
No never mind why should you care
I see your smile inside my head
so clear to me and I forget
why I'm always feeling blue
every time I think of you.
These things have all been said before
so I'll stop here and say no more.

The Way I Feel

It has been awhile since we last met,
but your smile my heart can never forget.
Now I try to find just the right words to say,
to tell you how I feel each and everyday.
However, my heart cannot seem to explain just how I feel,
but I hope you believe me when I say my love is real.
I pray that you feel that way I do
and hope you will tell me you feel the same way too.
When I looked into your eyes it took my breath away,
and I hope to God that I will be looking into them
until I am old and gray

The first and last

From the first time I laid eyes on you to the last kiss on my lips,
the first time I felt your soft finger tips,
the way you held me tight, made love to me at night,
always seemed to me that in my heart
that you would see a person as loving as me
someone whose heart is true
someone just like you...
Now I sit here all alone nothing but me
and my thoughts of you all through my mind.
As if I could turn back the hands of time
to the moment when your soft lips touched mine

Valentines is very near
Balloons, bears, and candy grahams.
Red, Black, Pink, and White
Are the colors that girls really like.
Roses can be red and violets can be blue.
What else can they prove to you
how much they love you
On this Valentines Day!!

More than the Greatest love the world have ever known
This is the love I give to you alone
more than the simple words I try to say
I only love you more each day
Longer than always is a long time
but far beyond forever you'll be mine
I know I’ve never lived before
and my heart is very sure no one else
can love you more! 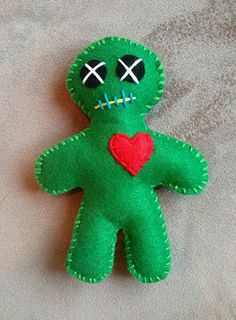 if I’d wish to be anything

If I could wish to be anything
I’d wish to be your tear
to be conceived by your heart,
born in your eye
live on your cheek
and die on your lips

Kisses Kisses Kisses,
Oh, what should I do?
All I want is just one Kiss,
From a special person like you.

break up on valentines

such a short time

I crave your honesty on this day of love,
L ove you whole-heartedly my sweet dove.
O ut of the blue you shot from the sky,
V ividly, beautifully stunning my eye.
E ver adoring you is what I do best,
Y our smile, your face and all the rest.
O n days like these I truly believe,
U and I are meant to be!

Love is more time to share.
It’s really when you care.
It’s two people joined.
I was in love with you
before you could drop a coin.
It’s a sense of trust,
but not enough lust
It’s a commitment to be there,
but would you always be there
to share and care? 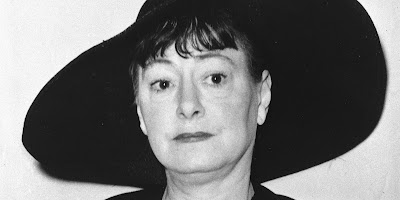 Baby brown eyes your eyes so brown,
hair so light,
you make the sun shine bright,
your eyes bring many warm things.
I love you baby girl
for always when you were born
and came in our lives,
you are the baby brown eyes
that we love day or night,
we love you always.

For so long, I’ve had my eye on this girl
She's the most beautiful woman in the world

If that’s what you’re thinking, give it an attempt
Don’t be so scared that she would resent

why not give it one good try?
just to let her know you’re alive 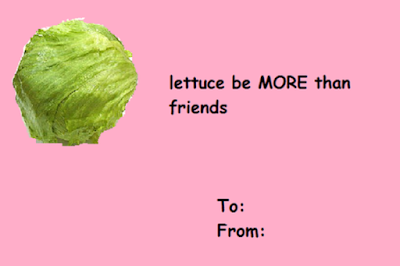