Posted by Margaret Gunning at 11:33 AM No comments:

Bentley on the bed

This cat changed my life.

Hercules vs. the Giant Bug Thingammy

Hercules cartoons are horrible. They were horrible then, and they're horrible now, but what gets me is how excited we got about them. People wax very sentimental on YouTube about watching these when they were ten, though in some cases that was only about five years ago. These things are shown over and over again because they are a particular kind of bad that sort of tries to be good, and people like that. Kids in particular like that. 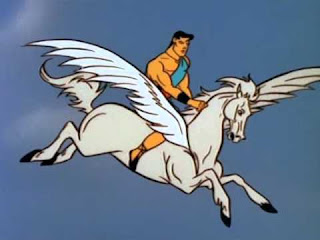 This is The Worst Hercules cartoon ever - it has to be - and I don't remember the title. This thing, this insect has a pink, vaguely humanlike body and limbs, which makes it especially disgusting, but it surely must have been easier to draw. I think silent gifs are preferable to the original, because what was there to listen to in these things? A horrendous theme song about "softness in his eyes, iron in his thighs"; three or four stock pieces of music played over and over and over again (bucolic shot of Caledon; theme of dark urgency, signalling arrival of Daedalus; thunder-and-lightning "magic ring shot" when Herc finally remembers, again, that he has to put the stupid ring on to get his super-strength; and that's about it, really). The dialogue is equally stilted. The very early ones had one set of actors, then abruptly changed to another set, probably at lower cost, and in one instance they change voices mid-cartoon. It's funny in a mildewed kind of way. And whenever Pegasus arrives, Herc goes through the same old ritual of "taming" him while he heaves and bucks around, emitting the same high-pitched stock-sound-effect whinny over and over and OVER again. 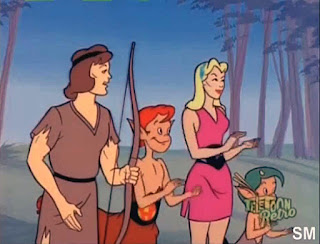 There's a youth called Timon, kind of a clone of King Dorian only not royal, and I used to wonder about him. He's the kind of kid who gets the crap beaten out of him in the schoolyard. He was always going to Hercules' gladiator school or whatever it was, to try to learn how to Be A Man, or else trying to save his sick mother who lay there all the time in the sickly thatched cottage he lived in. Poor but noble. Hercules has a special fondness for him, and I wonder about that, just as I wonder about the fact that he has no nipples.

Helena may just be the worst. She is The Female plugged in "wherever", particularly when Herc needed to rescue someone, though there is also a Bad Female with a mean cat (what was her name? Wilhemena or Willemena or however they spelled it). The rest of them are males, and I am sorry to say that not all of them are human.

But we watched The Mighty Hercules every day, and considered it on a par with all the other stuff we watched, whether it was slickly-produced Disney or quirky, inspired Max Fleischer, or Rankin-Bass with their stiffly-moving stick-figures. The Canadian-produced Wizard of Oz series was weak and badly animated, but we watched it. We just did. That was what was "on". 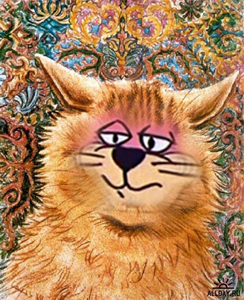 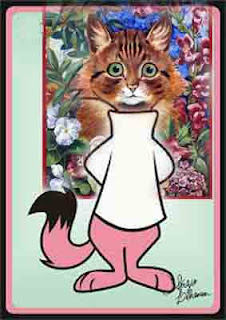 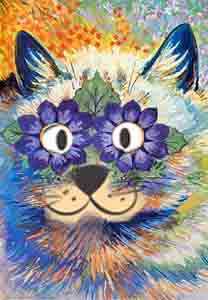 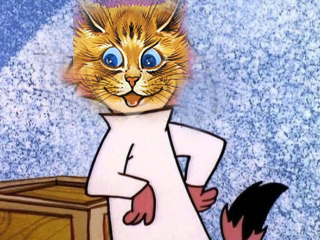 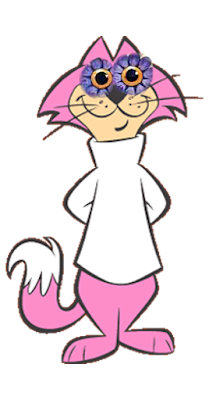 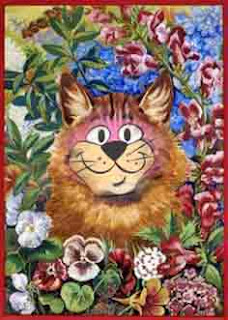 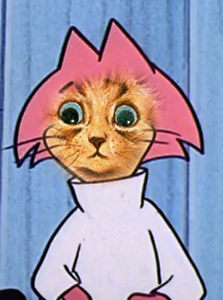 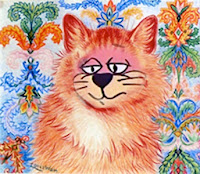 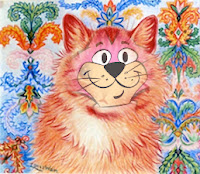 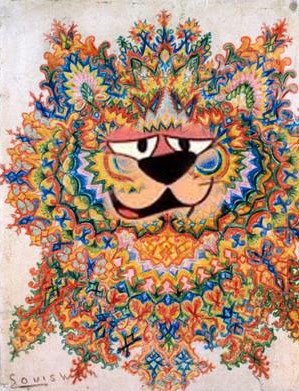 Posted by Margaret Gunning at 11:35 AM No comments:

Snap out of it!


Posted by Margaret Gunning at 11:07 AM No comments:

Posted by Margaret Gunning at 12:35 PM No comments: 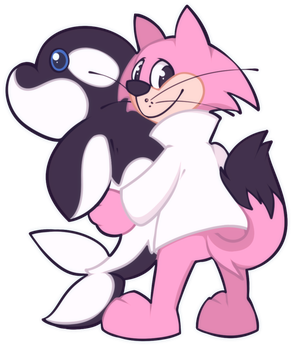 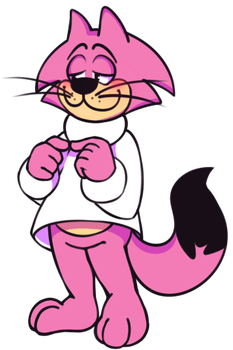 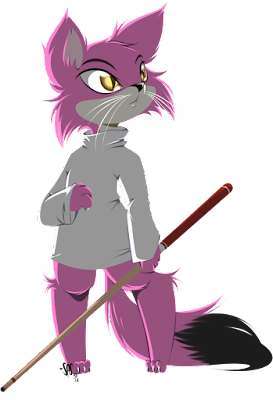 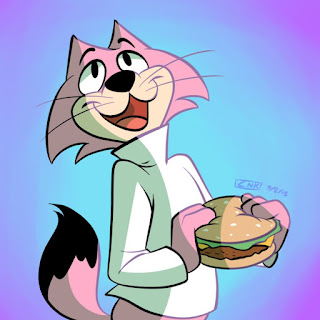 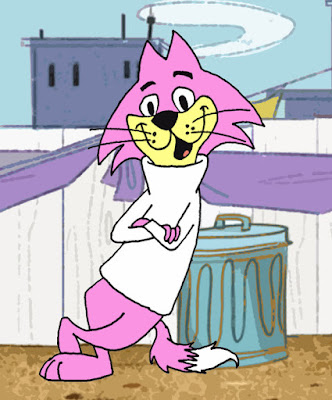 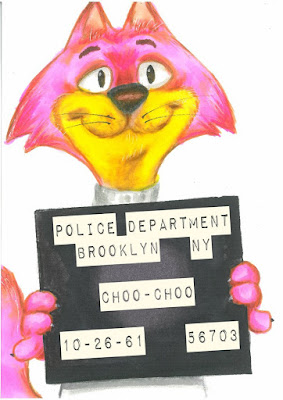 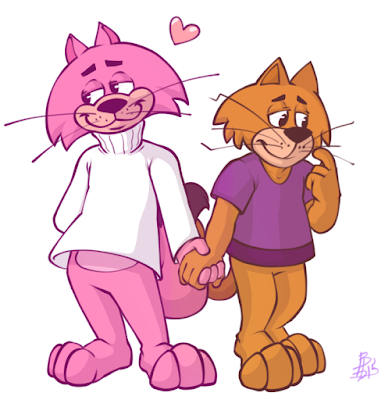 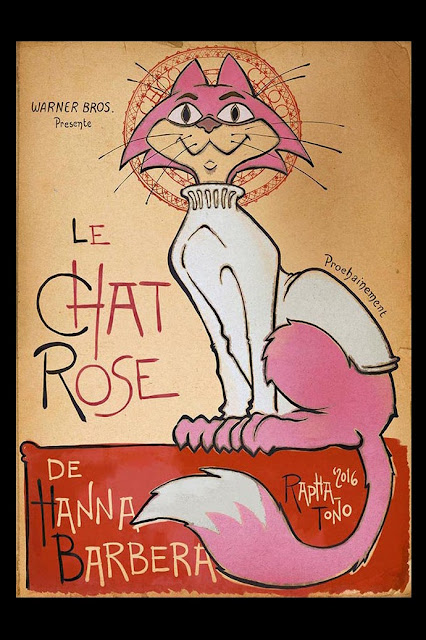 The DeviantArt site never fails to knock me out with the calibre of talent and imagination therein. Just dipping into the Top Cat section was overwhelming, so I tried to keep to my favorite character.

Looking at all these, I am reminded of how spectacularly untalented I am! But I am also delighted to see that people remember and love Choo Choo and all the other Top Cat characters (but especially Choo Choo, because he is, let's face it, frankly adorable). 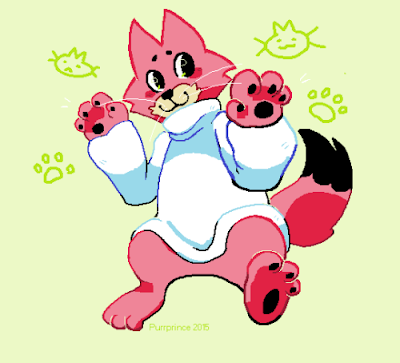 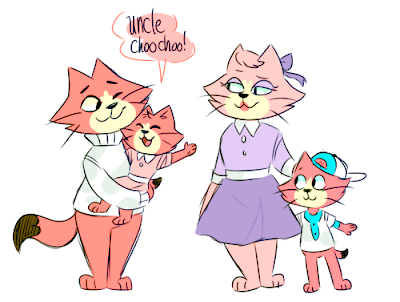 I can't, however, identify these last two.  They had been posted and reposted, likely on the Satanic Pinterest site (which makes me want to slit my wrists every time it forces its way into my image searches) and proved to be unidentifiable, at least by me. But if anyone knows who did them. . . For sure, I know one thing. I didn't make them, and I wish I had.

Posted by Margaret Gunning at 12:33 PM No comments:

The Wizard of Weird

Posted by Margaret Gunning at 1:15 AM No comments: