None so blind: the Galloway affair

May as well enter the fray, as most other writers have in this country.  But how to deal with the maelstrom of "issues" that have jumped out of the closet? Why is this strange jack-in-the-box suddenly exploding out of the container, if everything is going so well (as the more privileged writers insist)? Why are you so upset all of a sudden, why are "all you survivor people out there" in such a snit? God's in his heaven, all's right with CanLit: isn't it? Hey, MY paycheque is OK, how about yours? Gone to any signings lately? And let's not get into all the other issues. Better yet: let's.  It's my video and I'll kvetch if I want to. But after all these years, I believe I have a right.


Posted by Margaret Gunning at 3:40 PM No comments:

There are certain cats - for some reason, almost all of them are white - which have a special genetic quirk called heterochromia iridum: meaning, they have two different eye colours, one blue and one green or yellow. But there are a few here who have something even more rare: sectoral heterochromia, which means. . . really pretty eyes! It means they have two colours in EACH eye. In some cases it's just a spot, and a little hard to see, but sometimes the division is quite dramatic.

What is it about white cats? I've also heard that many of them are deaf. But they more than make up for that difficulty with eyes so beautiful, it transports them into the realm of the mystical.

One of these photos looks photoshopped. I doubt if there is such a thing as a heterochromia rainbowia. But you never know, so I included it. 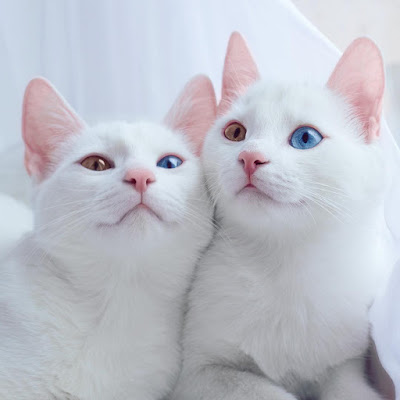 Posted by Margaret Gunning at 2:06 PM No comments: 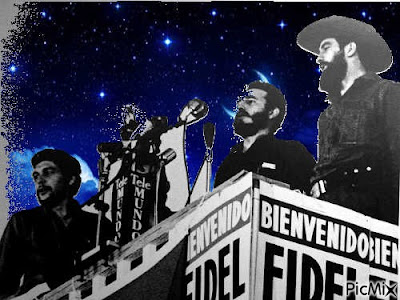 Posted by Margaret Gunning at 11:16 AM No comments: