Now I've heard there was a secret chord
That David played, and it pleased the Lord
But you don't really care for music, do you?
It goes like this
The fourth, the fifth
The minor fall, the major lift
The baffled king composing Hallelujah

Your faith was strong but you needed proof
You saw her bathing on the roof
Her beauty and the moonlight overthrew you
She tied you to a kitchen chair
She broke your throne, and she cut your hair
And from your lips she drew the Hallelujah


You say I took the name in vain
I don't even know the name
But if I did, well really, what's it to you?
There's a blaze of light
In every word
It doesn't matter which you heard
The holy or the broken Hallelujah

I did my best, it wasn't much
I couldn't feel, so I tried to touch
I've told the truth, I didn't come to fool you
And even though it all went wrong
I'll stand before the Lord of Song
With nothing on my tongue but Hallelujah 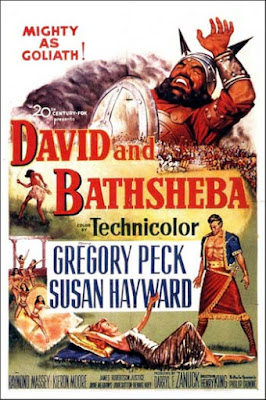 So what on God's green earth could these two songs have to do with each other? One is nothing but blah-blah-blahs pasted together with the "moon-June-Saskatoon" cliches of bad love songs (and no. . . it doesn't actually have Saskatoon in it. Which makes me think of Peter Lorre in the Spike Jones version of My Old Flame: "No. . . it couldn't have been Moe. . .").

I love the Blah-Blah song, which was written by George and Ira Gershwin for a movie called Delicious in 1931.  But I am also irritated by it, mainly because nobody knows how to sing it. I've suffered through several YouTube performances, all of them awful except one (and I posted it already - I'll have to look it up). Almost everyone "blah-blahs" as if they don't remember the words. They roll their eyes and wring their hands and rack their brains and look as if they want to run offstage with embarrassment. But the joke is - and maybe people were cleverer in 1931 - THE WORDS DON'T MATTER. Nobody pays the slightest bit of attention to them. Furthermore, most love songs have crappy words anyway, so crappy they're interchangeable. There's a blueprint that most songwriters stick to, and it's tried and true, and banal and dull, and it works.

OK then, whoof. How did I get from this blah-blah-blah thing to Leonard Cohen?

I think I am the last person on the planet who does NOT like Hallelujah. I just don't. The tune isn't. . . too. . .bad, but the lyric is a stinker. But that shouldn't be a problem, and do you know whyyy?

No one has ever noticed it.

No one has ever noticed this lyric ("it goes like this"), and I say this because people are constantly wanting to have it sung at weddings, or at confirmation services, or at baptisms. Why? Because it has the word "hallelujah" in it, probably sixteen or eighteen or twenty times.

It's not a dirty song or anything, but it's just all wrong: a typical angsty, brooding, narcissistic, self-involved, dark, vaguely profane, masturbatory Cohen thing. I'm not sure I want to hear that anywhere, let alone in church.

I read somewhere on a web site - Mormon or something - that the choir was asked by the minister to sing Hallelujah at a service. Everyone was on-board and very enthusiastic about it, because they all loved the song. They didn't have time to go over it at choir practice, but hey - they all knew the tune anyway! And they loved that chorus: Hallelujah, hallelujah, hallelujah, hallelujah, etc. Surely with a refrain like that, it must be a truly holy song.

Instead, it was more like: HOLY SHIT! The choir director, just as she was passing out the sheet music before the service, happened to just glance at the words, and the lines "you saw her bathing on the roof. . .she tied you to a kitchen chair, she broke your throne and she cut your hair. . . "

Actually, that IS pretty scriptural. Bathsheba liked to take her bath in public, especially if sexually-rampant men were watching.  And anyone familiar with scripture knows what happens next. (Adultery, anyone?). And didn't somebody get a hair cut at about that time? It was David, wasn't it? Or not. And I'm not too sure he was tied to a kitchen chair. 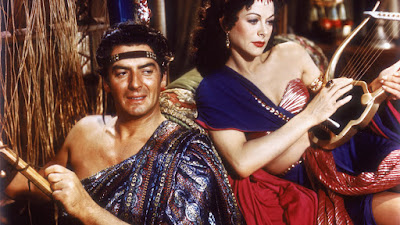 So they sang something else. They did Praise God From Whom All, or Blessed Be The, or I Praise Thy Whatever (or whatever they do in the Mormon church). And afterwards, everyone ran up to the choir director and said, "Awwwww. Why didn't you do Hallelujah?"

What the fuck do people think this song SAYS, anyway? True, it's sort of scriptural, but it was Samson who had the haircut, not David, losing all his strength to that wily succubus, Delilah. So scriptural accuracy is compromised, sliced and diced for his own convenience, but perhaps Cohen realized no one was going to notice it anyway. No one was going to notice any part of it except the refrain, and the word that's repeated sixeen times (or eighteen, or twenty-four, depending on how long the fade is).

I've written often about mondegreens, those misheard/mistranscribed words that swarm all over internet lyric sites. Bizarrely, the SAME mondegreens seems to be replicated over and over again, on every site. I don't know how this happens, unless there is a Badly Transcribed Song Lyric Central somewhere that has all the lyrics with all the errors, all the time.

I know they're mondegreens because I listen to the original version, with the original artist, sometimes more than one version, just to be sure.  So kids, it really ISN'T "s'cuse me while I kiss this guy".

Hallelujah doesn't qualify as a mondegreen, at all. It's not misheard. It's an ignored lyric, or a disregarded lyric, or a lyric with an erroneous assumption attached to it that it will be a Truly Holy Song because it has the word Hallelujah repeated so many times it's like machine-gun fire. So in the church I used to go to, and suffered through (especially in the choir, which was abysmal), one woman said, "I'd really like to do the Leonard Cohen song, Hallelujah," and everyone went "ohhhh!" and "yeah!" and chimed in with enthusiasm. The choir leader said he'd order the sheet music. 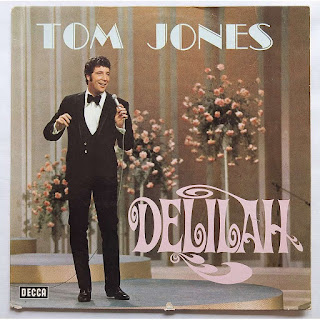 I said something about the lyrics being kind of inappropriate, and, conversation-wise, the floor dropped about 37 feet. I disappeared and vaporized as surely as that supposedly-holy Leonard Cohen lyric. I no longer existed because I wasn't chiming in, and besides, I was just being "negative" like I always was, spoiling things. (This was because I didn't want a six-voice version of Handel's Hallelujah Chorus, bawled off-key by people who couldn't sing a note. But the congregation thought it was simply wonderful.)

Hallelujah was never sung in my former church, for some reason, but I did see a very famous, viral video of a priest singing it at a wedding - and by the holy, all the lyrics were changed! Suddenly there was no one being tied to chairs, no haircuts, no one splashing around naked on a rooftop. It was all rendered extremely bland and weddingy. But what are the chances Leonard Cohen was ever consulted about this? And I am sure that when churches and wedding/baptism planners FINALLY get to the point of glancing at the lyrics and realize it's about an adulterous affair, they just get a pencil and start to work. "Oh, then, we can just sing our OWN version of it."

Last time I checked, that was extremely illegal. At very least, it's unethical, particularly for a church. Even some normal, ordinary songs like hymns can't be sung in church, at all, because of copyright. Not everything is in the public domain, and casually butchering a Leonard Cohen song is just not a good thing.

I don't like this song, but I don't think it should be naively gutted just to sanitize it. Either go with the naked chick and the haircut, or forget about it.

Or maybe, instead of the David and Bathsheba thing, everyone should just go like this:


ADDENDUM. As usual, there is More To The Story.

The singing priest is no more - his video has disappeared from YouTube. Fr Ray Kelly’s rendition of Hallelujah was pulled following a copyright claim by Sony ATV Publishing.

Sony ATV Publishing own the rights to the original Leonard Cohen song.

The video had gained over 30m views on YouTube since it was uploaded to the website earlier this month, making Fr Kelly an instant star.

Fr Kelly recently revealed he was meeting with Sony to discuss a record deal.

Although the original video has been removed, other videos of his performance are still available on YouTube.

The Oldcastle parish priest surprised newly-weds Leah and Chris O’Kane with a personalised version of the Leonard Cohen song. He received a standing ovation before returning to the pulpit to deliver the final prayer.

Fr Kelly's fame led to him appearing on the Late Late Show and he is jetting off to New York to perform a concert on May 13 at The Town Hall on 123 West 43rd Street.

(I can't decide which of the Ten Commandments he broke here: Thou Shalt Not Steal, or Thou Shalt Not Write and Perform Sappy, Maudlin Lyrics to a Song by a Well-Respected, If Overly-Commercialized Poet? Or is it. . . Thou Shalt Not Gut a Popular Song and Casually Substitute Dreck of Your Own and Thus Become World-Famous Overnight, Not That You Care Because You're A Priest and Above All That Worldly Stuff? Moses would've needed a few extra tablets for that one.)

OH GOD! More verses. As I listened to a few of the recorded versions, I kept hearing extra stuff. It's kind of dirty, too, making the song even MORE inappropriate at weddings where nobody even thinks of sex, for Christ's sake (what is the matter with you?). Some versions have these verses, some don't. Did Leonard Cohen really write these, or was it that dirty old Irish priest? You know about priests, don't you? Dirty things.

Baby, I've been here before
I've seen this room and I've walked this floor (you know)
I used to live alone before I knew ya
And I've seen your flag on the marble arch
And love is not a victory march
It's a cold and it's a broken Hallelujah

There was a time when you let me know
What's really going on below
But now you never show that to me, do ya?
But remember when I moved in you
And the holy dove was moving too
And every breath we drew was Hallelujah

Posted by Margaret Gunning at 9:54 PM No comments:

George and Ira Gershwin at the pool