Pokemon: should I stay, or should I go?

I barely know anything about Pokemon, except that here I am making gifs out of the characters. I made two, in fact, to try to prove/disprove something.

I recently discovered a trove of Pokemon knitting patterns on Etsy (and I'll give you the link right now: these are just the coolest things! - as well as a link to each individual pattern. Believe me when I say, inventing these was a work of knitting genius, and I never could have done it myself.)

I have no idea at this point if I am going to make any of these. Right now, I just want to look. I like Pikachu (who could NOT like Pikachu?), and that cat is kind of cool, but I have no idea if my grandkids would go for these. They're getting a little old for any kind of knitted thing.

To me, Pokemon means beat-up old cards that you kept in a book, and traded. Kind of like Beatles bubble-gum cards. Now it means something entirely different: walking around the park, not looking at anything or enjoying anything around you, just looking down, and occasionally falling down a hole or running facelong into a utility pole. Or another person, if you can figure out what THAT is.

But we still have these characters, though I have no idea of their relevance in that game where you walk around.

I was not quite clever enough to get my two gifs to run in order at the same speed. Jesus, people, what do you want?! I was born in 1954! To have gotten this far in technology is something of a miracle. These little slide shows are no small matter to a person who had to learn everything from the ground up. I am still on manual/mono/analogue on most things, including my brain.

So why don't we (Jesus it took all day to get these photos formatted so let's use them) just compare them side-by-side, or not side by side exactly. 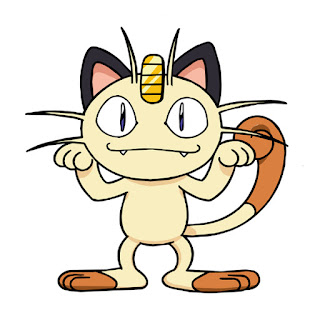 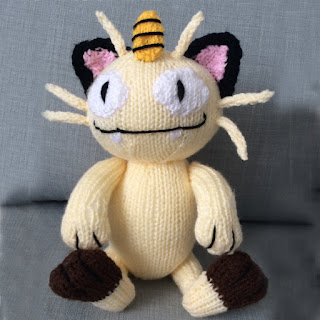 Now this ain't bad. This is Meowth, a kind of Unicat or Caticorn. Either that, or he has a bee on his head. But I like his friendly expression. This one I might make. 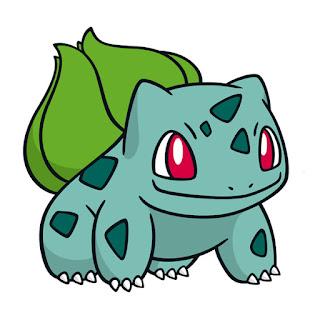 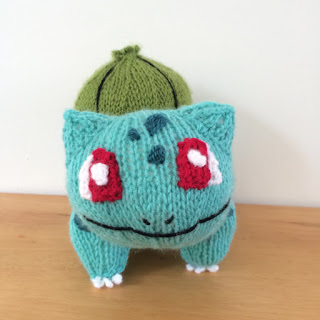 I am not sure why this character (Bulbasaur)  has a giant clove of garlic on its back, but it does. I am sure the kids would love it, and I would too if I understood it in the least. 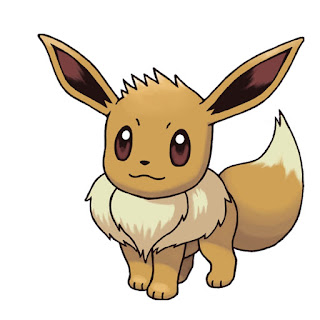 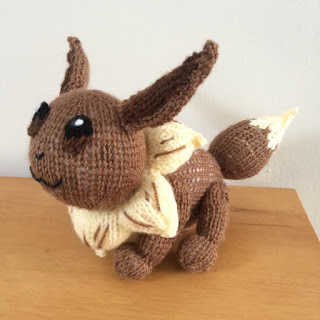 
This is Eevee, one of the harder-to-translate Pokemons. The original character has a classic anime look with big shiny eyes and huge ears. The bottom one is more like a chihuahua wearing a banana bandanna: but hey, could I do any better? I am sure I could not. Some of these things don't translate as well to the medium of wool. 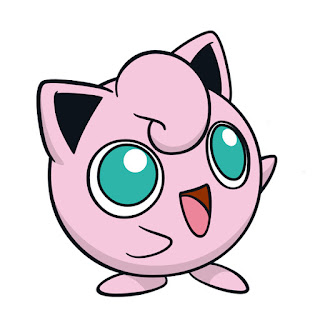 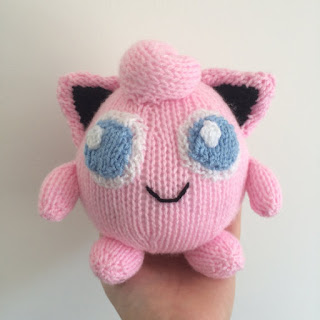 In the case of Jigglypuff, the opposite is true: the knitted version is far cuter and cuddlier. The original has kind of disturbing, push-button eyes and a thing on its forehead like Dairy Queen Soft Serve. Knitted, the robin's-egg blue eyes with their shiny highlight look downright innocent, if not friendly. 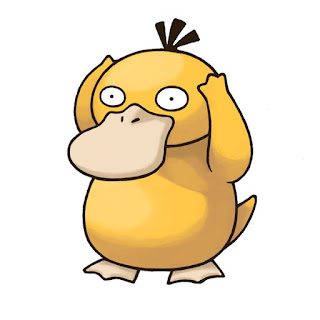 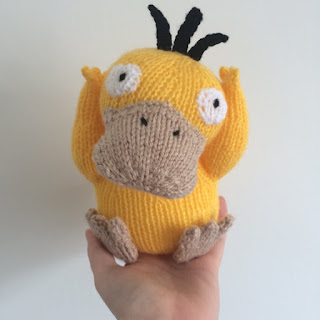 
This is a duck with attitude, and - to be honest - a lot more charm and character than the original. Psyduck even bears a resemblance to a living creature, which isn't true of all of them. 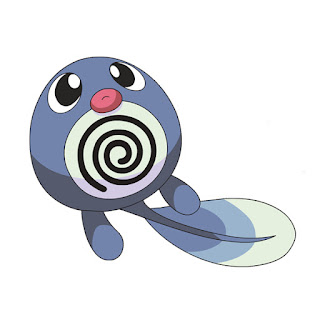 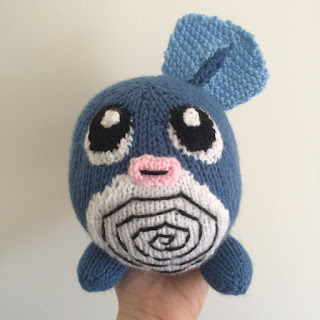 Such as this one. Poliwag is some sort of made-up/cobbled-together thing made from leftover parts from the Jurassic period. The knitted stuffy looks to me like a sweet little bluebird with innocent eyes. 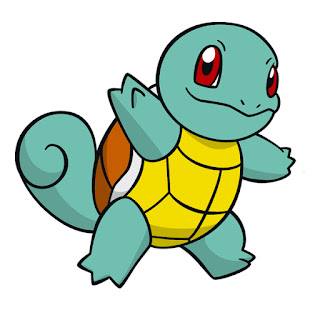 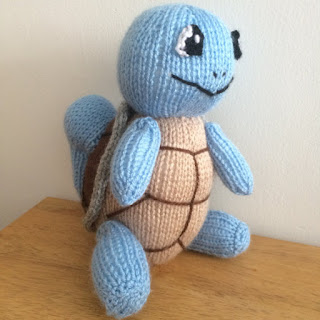 
This guy looks just a little TOO innocent for Pokemon, like something you'd knit for a 3-month-old baby. A nursery toy. But for all I know, Squirtle IS something babies play with, probably on Baby's First iphone.

I wonder if anyone ever designed a Gamera knitting pattern? As in: the Atomic Turtle from Space. Might be in the Godzilla section somewhere. 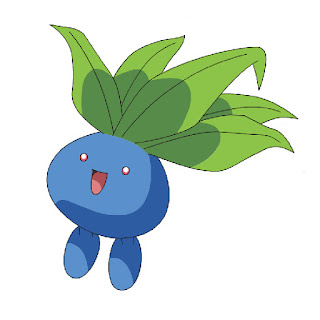 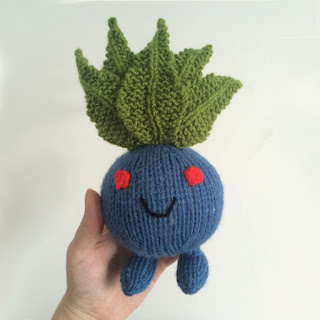 
Oh. . . God. . . how many more?? There must be 500 of these. This is a very nicely-adapted-for-knitting blue radish called Oddish. I've knitted veggies before, but not with eyes. 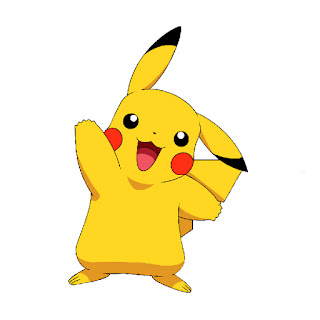 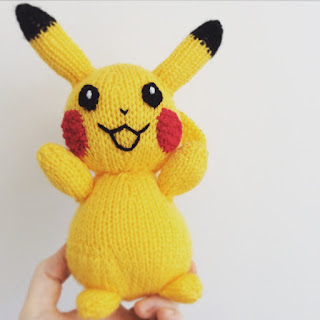 
And this is the last one, I hope. I saved Pikachu 'til last because he is the only one I am even remotely familiar with. This was the one they originally asked for, but it was quite a while ago. And oh God, I just realized I am NOT finished yet, because. . . 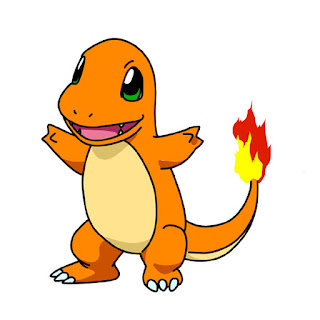 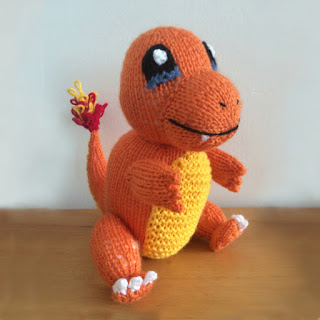 
. . . there's still Charmander! I'm not sure why I'm not as keen on this one, though the stuffy is perfectly all right and even cute. But I know I'm not going to knit this one, in spite of his jigglypuff-y toes. Maybe I knitted too many dinosaurs for Ryan when he was five. Or I'm just suffering from knitting fatigue.