I love, love, LOOOOOOVE this!

Posted by Margaret Gunning at 1:11 PM No comments:

The Oldest Pants: or, just go shopping, will you? 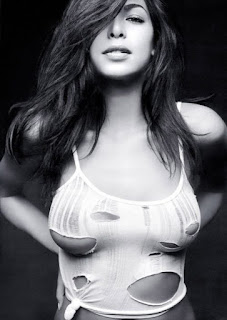 Just wanted you to know that they've found the oldest pants. Or at least they think they've found the oldest pants. Who are "they"? Just ask the good folk at The Vintage News. Or don't. It won't make any difference. The research on this site (I go on their Facebook page when I'm supremely bored or wish to numb my mind) is questionable at best, slipshod at worst, and the writing - . It is as if somebody handed in their Grade 7 history assignment a little too early and should have spent a bit more time learning spelling and grammar. And maybe doing a little research. 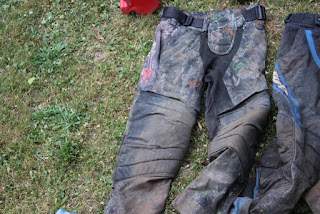 But this is what passes for information in the information age. It's a kind of National Geographic for the who-really-cares-if-it's-true set. A Ripley's Believe It Or Don't. This-here is only part of an article about Really Old Clothes They Found Somewhere. "They" found 10,000-year-old shoes in Oregon, lace-ups that look almost modern, and the article said NOTHING about the source of them, the provenance, who made them, who wore them - nothing! This is because when we are on the verge of learning something, they quickly pull us out of danger. At times, as with the last item on this short-but-not-short-enough list, you know you've slipped sideways into "come-on-you're-pulling-my-leg" territory.

What I like most about this site is that nearly every sentence begins with "researchers say". Kind of like "studies show", or "sources reveal". Lots of latitude there. But I kind of like the pants. They remind me of Otzi's pants. . . and you know how I feel about Otzi. These pants were found in the Yanghai tombs in China in 2014. Despite how much they were worn and how old they are, they were found in great condition. Researchers believe that the pants were custom made by the separate weaving of pieces of cloth for the legs and crotch area. The pants also have geometric designs which was woven directly into the fabric. Researchers say that the pants like these had been popular among equestrian tribes in the region around 4,000 years ago.

I am glad to find out that the geometric designs "was woven directly into the fabric" rather than ironed on or appliqued or maybe punched in with one of those rhinestone-and-stud-installing doohickeys made by Ronco.

I'm also happy to hear that "the pants like these" were so popular with "equestrians". All those people at the Olympics, the ones going over the jumps right now? They should be wearing these.

And another thing. "Tribes" covers a lot of ground. It could be just about anybody. Dating from 300-500, these were excavated from Oxyrhynchus on the Nile in Egypt.

These socks date back to around 350 and 420 AD. They are considered to be Romano-Egyptian and were found in a burial ground in an ancient Greece colony in the late 1800s. 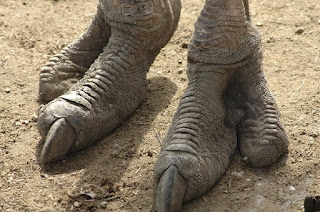 They are considered alien socks, or lobster toes, because the wool socks were knitted in bright red and have a split toe, possibly because they were worn with thong sandals. They were knitted with a rare stitch called Nalbindning, or single-needle knitting. 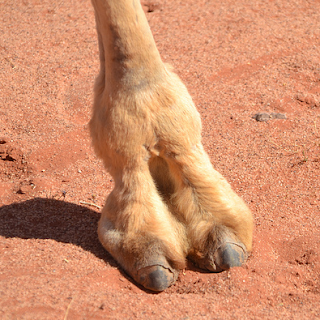 SINGLE-NEEDLE KNITTING. OK. You just take a piece of wool and a knitting needle and they kind of bash against each other until the sock is done.

I have found out who wore these: it's either Big Bird or this thing, whatever-it-is, above. The "alien socks"and "lobster toes" are just too bizarre to contemplate. One thing you can count on with The Vintage News: they will NEVER explain anything to you. That might lead to a serious case of education. The bra was discovered under the floorboards of an Austrian castle in 2008. There were four linen bras decorated with lace found in a pile of more than 2,700 different textile fragments in between the floor boards in Lengberg Castle. Researchers believe that the bras date somewhere between 1390 and 1485. During that time, they were called “breast bags”. All four of the bras include distinct cups and shoulder straps, while two other items are more of a combination between a bra and short shirt. 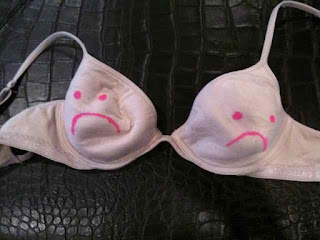 Maybe it's the flimsiness of the prose, or - oh hell, we KNOW this isn't true because nobody wore bras then, they didn't exist, it's obviously just a modern bra that someone boiled the hell out of. For all I know, it's the way they're wearing them now. And sticking an old bra under the floorboards strikes me as a hell of an odd way to get rid of it.  Austrian royalty in 1390 had some very peculiar habits.

So NOW can we got on with something interesting? It insulted me to read that these are the Oldest Pants. What about Otzi? 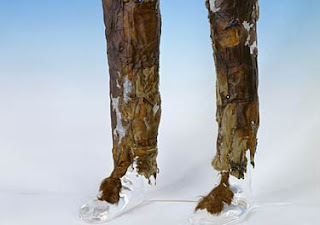 Otzi's pants were not only old - they were funky. He knew how to wear them when he was stepping out on the tundra. Otzi has been horribly misrepresented in all those so-called reconstructions. In my heart, I know he was a romantic with a melancholy expression. Kind of like THIS: 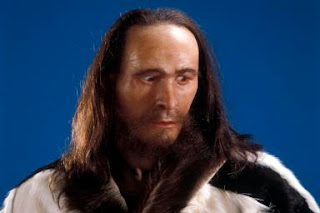 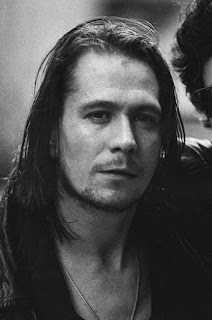 So MY Otzi looks like a Gary Oldman with a slightly higher hairline. 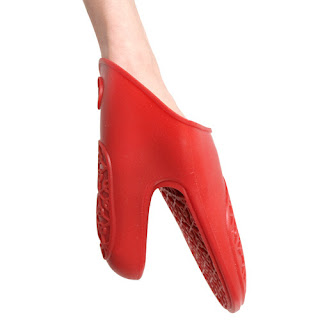 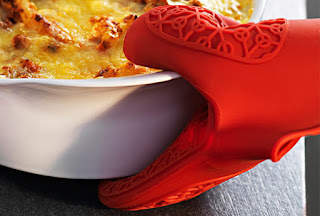 Posted by Margaret Gunning at 12:03 PM No comments: