A hole in the sky

A fallstreak hole, also known as a hole punch cloud, punch hole cloud, skypunch, canal cloud or cloud hole, is a large circular or elliptical gap that can appear in cirrocumulus oraltocumulus clouds. Such holes are formed when the water temperature in the clouds is below freezing but the water has not frozen yet due to the lack of ice nucleation (see supercooled water). When ice crystals do form it will set off a domino effect, due to the Bergeron process, causing the water droplets around the crystals to evaporate: this leaves a large, often circular, hole in the cloud. (Wikipedia)

BLOGGER'S NOTE. It's a lie, you know. What they tell you in Wikipedia. I only included this bit of scientific babble for the one out of four of you (I mean the four who actually read this) who might be interested in HOW a big hole might form in the clouds, sometimes with a rainbow showing through.

They're weird, but no weirder than a lot of sky-effects like lenticular clouds (not shown here) that look exactly like flying saucers. Even these sky-holes set off storms of comments from YouTubers claiming they're chemtrails from jets (and actually, jetstreams sometimes play a part in the formation of these, but I won't get into that). Either that, or the Illuminati, because the Illuminati and the Freemasons are behind absolutely everything, including Isis (founded by Barack Obama!) and the Presidential bid by Donald Trump.

Don't believe any of it, it's Friday, nice out, and I'm going outside.

P. S. These gif slide-shows are relatively easy to make, but you have to get all your photos in the same ratio. They don't have to be the same size in pixels. If they aren't in the same ratio - these are 4 x 6 - you'll have white margins at the edges on some of them. Just sayin'. A display like this takes time to set up, but it has some advantages over just slapping up photos. Though I'm still trying to figure out what they are.

P. S. S. T.: These aren't made by all the meteorological forces listed in Wikipedia. God gets mad about what's going on in the world today, and stamps his foot. Sometimes I feel like doing the same thing.

Posted by Margaret Gunning at 11:45 AM 2 comments:

The greatest President God ever created 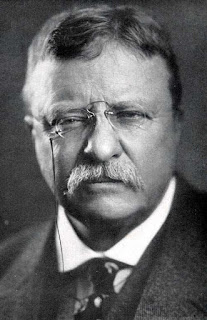 It is not the critic who counts; not the man who points out how the strong man stumbles, or where the doer of deeds could have done them better. The credit belongs to the man who is actually in the arena, whose face is marred by dust and sweat and blood; who strives valiantly; who errs, who comes short again and again, because there is no effort without error and shortcoming; but who does actually strive to do the deeds; who knows great enthusiasms, the great devotions; who spends himself in a worthy cause; who at the best knows in the end the triumph of high achievement, and who at the worst, if he fails, at least fails while daring greatly, so that his place shall never be with those cold and timid souls who neither know victory nor defeat. 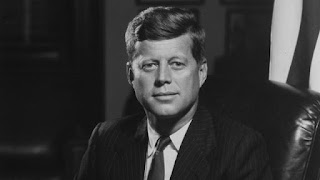 Now the trumpet summons us again–not as a call to bear arms, though arms we need–not as a call to battle, though embattled we are–but a call to bear the burden of a long twilight struggle, year in and year out, “rejoicing in hope, patient in tribulation”–a struggle against the common enemies of man: tyranny, poverty, disease and war itself. Can we forge against these enemies a grand and global alliance, North and South, East and West, that can assure a more fruitful life for all mankind? Will you join in that historic effort? In the long history of the world, only a few generations have been granted the role of defending freedom in its hour of maximum danger. I do not shrink from this responsibility–I welcome it. I do not believe that any of us would exchange places with any other people or any other generation. The energy, the faith, the devotion which we bring to this endeavor will light our country and all who serve it–and the glow from that fire can truly light the world. And so, my fellow Americans: ask not what your country can do for you–ask what you can do for your country. 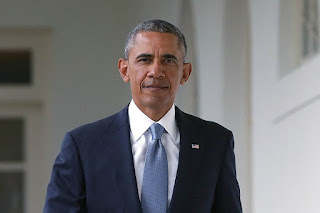 If you want more justice in the justice system, then we’ve all got to vote -- not just for a president, but for mayors, and sheriffs, and state’s attorneys, and state legislators. That's where the criminal law is made. And we’ve got to work with police and protesters until laws and practices are changed. That's how democracy works. If you want to fight climate change, we’ve got to engage not only young people on college campuses, we've got to reach out to the coal miner who’s worried about taking care of his family, the single mom worried about gas prices. If you want to protect our kids and our cops from gun violence, we’ve got to get the vast majority of Americans, including gun owners, who agree on things like background checks to be just as vocal and just as determined as the gun lobby that blocks change through every funeral that we hold. That is how change happens.

Look, having nuclear—my uncle was a great professor and scientist
and engineer, Dr. John Trump at MIT; good genes, very good genes,
OK, very smart, the Wharton School of Finance, very good, very smart
—you know, if you're a conservative Republican, if I were a liberal, if,
like, OK, if I ran as a liberal Democrat, they would say I'm one of the
smartest people anywhere in the world—it's true!—but when you're a
conservative Republican they try—oh, do they do a number—that's
why I always start off: Went to Wharton, was a good student, went
there, went there, did this, built a fortune—you know I have to give my
like credentials all the time, because we're a little disadvantaged—but
you look at the nuclear deal, the thing that really bothers me—it would
have been so easy, and it's not as important as these lives are (nuclear
is powerful; my uncle explained that to me many, many years ago, the
power and that was 35 years ago; he would explain the power of
what's going to happen and he was right—who would have thought?),
but when you look at what's going on with the four prisoners—now it
used to be three, now it's four—but when it was three and even now, I
would have said it's all in the messenger; fellas, and it is fellas because,
you know, they don't, they haven't figured that the women are smarter
right now than the men, so, you know, it's gonna take them about
another 150 years—but the Persians are great negotiators, the Iranians
are great negotiators, so, and they, they just killed, they just killed us.

When I said that Obama, and of course, I’m being sarcastic. They know that, because after I said that, I said he’s the MVP, he is going to collect his MVP award. So I said Obama is the founder of ISIS, the founder, and these dishonest media people they say did he mean that, and after that, I’d say a lot, in fact, they like him so much because he’s been so weak and so bad. I mean, he let this happen. They had eight states. They had eight countries. They’re now in twenty-eight countries. They’re expanding. So I said the founder of ISIS. Obviously, I was being sarcastic, then, then but not that sarcastic to be honest with you.

Donald Trump said Thursday that he meant exactly what he said when he called President Barack Obama the "founder of ISIS" and objected when a conservative radio show host tried to clarify the GOP nominee's position.

Trump was asked by host Hugh Hewitt about the comments Trump made Wednesday night in Florida, and Hewitt said he understood Trump to mean "that he (Obama) created the vacuum, he lost the peace."

Hewitt pushed back again, saying that Obama is "not sympathetic" to ISIS and "hates" and is "trying to kill them." 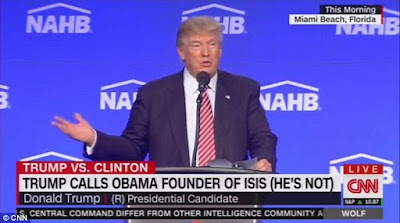 "I don't care," Trump said, according to a show transcript. "He was the founder. His, the way he got out of Iraq was that that was the founding of ISIS, okay?"

Hewitt and Trump went back and forth after that, with Hewitt warning Trump that his critics would seize on his use of "founder" as more example of Trump being loose with words.

Clinton later hit back on Thursday on Twitter, saying it was Trump who was unfit to be president.

"It can be difficult to muster outrage as frequently as Donald Trump should cause it, but his smear against President Obama requires it," Clinton tweeted. "No, Barack Obama is not the founder of ISIS. ... Anyone willing to sink so low, so often should never be allowed to serve as our Commander-in-Chief."