To an unfriended asshole 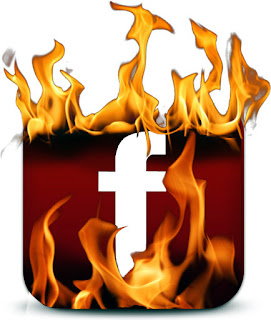 This was one of those tiresome Facebook situations where someone (a "friend", i. e. someone you know next-to-nothing about) jumps all over you for a fairly innocent and likely misunderstood comment. Somebody posted something about the whole All Lives Matter issue by some "rich white guy" (known to be a rich white guy) claiming to know more about it than most people by dint of the fact that he was a rich white guy. My comment was something like "who IS this guy?" I honestly didn't know who he was, but the poster, and I'm damned if I remember his name because I am trying so hard to forget it, took it really literally and even personally and sent me one of those long, long, twist-and-turny replies bristling with sniping hostility that I did not even read, I was so eager to get to "unfriend"! Then later on, somewhere, under some post of MINE, he made another snarky comment about my unfriending him. Gee, why did I do THAT, I wonder? Such a swell fellow! He was ripping into me for not wanting to be his "friend" any more. 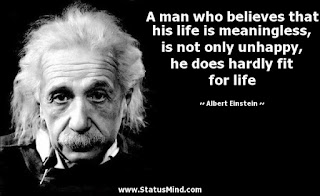 Not for him but for me, I began to gather my thoughts about all this and write, then thought they might be worth posting here because they sum up a lot of "where I am at" (as they used to say) right now. By the way, the reply would not post because he is no longer my friend, so he will never find out what I thought about the whole thing! But the guy was an asshole anyway, who needs him? I have even had to cut loose from some long-time friends who had wandered off into a mental wilderness that was very dark, too dark for me to enter into. And social media can be a jungle. 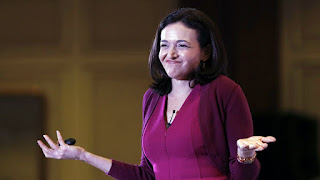 Is it sad? I suppose it is, but it's also a lesson in what really matters. Anyway, here is my comment/"reply" to the unfriended asshole, which he will never read because he is no longer my "friend".

My FB policy now is if I feel ANY stress at all from ANY interaction, I just have to get away from it. I don't even think about it for too long - it's a reflex. My mental health is too valuable to subject it to any unnecessary stress. I'm pretty much on the verge of bailing from the whole FB thing. It's not too enjoyable, and I have to ask myself, often, what am I gaining, and/ or what is the other person gaining from all this?

I mean, what is the real benefit, if any? Was I all withered up mentally before social media, was I starving or lacking or was I "not myself"? It seems to me that life was richer and that personal interaction was richer and more considered when you had to go find a stamp and carry the message to the mail box. If this is to have any meaning whatsoever, I need to be able to say what I think or feel, but it's starting to seem like I get jumped on if anything too "real" comes out. Then the feeling is: can't you stand up and defend yourself, then? Why? I honestly did not KNOW who this guy was - still don't, and felt tired by another stream of commentary, tired of the whole thing, of people killed and blown up, of endless comments, comments, COMMENTS when it leads to exactly nothing!

I was never meant for this, only got into it to promote my book (ha!) because that's what you do, and fell down a rabbit hole which has been mostly unpleasant. I unfriend now without giving it much of a thought. Why? These aren't my friends! No, they aren't, my friends are my friends and most of these people are just something else. I was naive and really blundered into it in a wrongheaded way, having no idea how to do it, thinking that amassing a lot of writing/publishing associates was what I was supposed to do. Jesus. What I am supposed to do is write from the heart, put it out there and forget about it, then, the next day, do the same thing over again. This process du jour is what gives me joy and is never boring, no matter what anyone says about it.

Posted by Margaret Gunning at 10:43 PM No comments:

The Canadian vocal group The Tenors have apologized after a member of the collective changed the lyrics of national anthem "O Canada" to include "all lives matter" at the MLB All-Star Game. During opening ceremonies inside San Diego's Petco Park, the group took the field to sing their country's national anthem when one singer, Remigo Pereira, went rogue and altered the song lyrics and held up a sign that read "All Lives Matter."


There was so much that was offensive, stupid and just WRONG about this incident that it's hard to know just where to begin.

This guy, Remigo Pereira, who "identifies as Canadian" (but who isn't, because he was born in Boston), took it upon himself to mutilate the words of O Canada before a baseball game. I mean crucify them. Not the whole thing, mind. He just ripped out two (unnecessary, he must have thought) lines, "With glowing hearts we see thee rise/The true north strong and free", and casually substituted, "We're all brothers and sisters/All lives matter to the grape." Or great, or grave, or brave - no one quite knows! Mysteriously, this line about grapes is usually followed by, "From far and wide, o Canada/we stand on guard for thee", which is not the best rhyme I've ever heard. Grapes/thee? Brave/thee? Grave? Great? Oh. 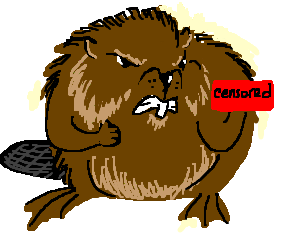 Where do I start?

Why would anyone, faux Canadian or not, casually and unannounced, change two lines of any national anthem, especially the national anthem of a country which has bickered over amending TWO WORDS (changing "in all thy sons" to "in all of us", a tectonic shift to the average Canadian) for seven or eight years?

You don't mess with national anthems. You just don't! Even if someone had to get up in public and sing O Say Can You See, they'd have to choke their way through all those "rocket's red glare/bombs bursting in air" references, verbatim. It's only being respectful.

That is the way she is wrote.

Another thing. If you are at all professional, you don't change ANY important aspect of a performance without rehearsing it in advance, or, at very least, letting your fellow group members know what you're planning to do.

You don't write two plug-ugly, non-scanning, non-rhyming, nonsensical lines, rip out the two perfectly good/poetic lines that were already there, and jam in your cobbled-together piece of shit in their place.

But it's so much more than that! You don't, don't don't DON'T make reference to a politically sensitive topic that has touched off raw and painful feelings in a group which has been historically marginalized. You don't wade in there assuming people will approve of your thuglike ignorance of the issues. Was he trying to convince the crowd, was he assuming they all agreed with him, or merely trying to lay waste to a perfectly good national anthem that has served the country for a hundred years?

The only less-appropriate subject he could have picked would be Muslims. (I will now turn on my ugly switch and see if I can write as awkwardly as he did.) 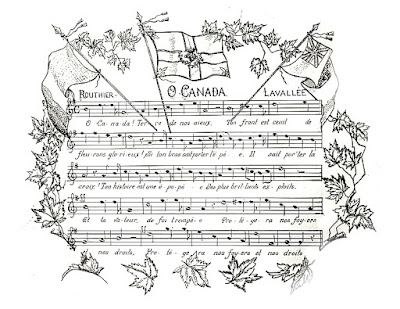 Trump might approve, but no one else would know where to look.

In this age of Twitter, a faux pas like that instantly rockets around the world. It makes Canadians look stupid. Americans probably think that IS the way it goes, or at least that it has been mysteriously amended, and are wondering why. 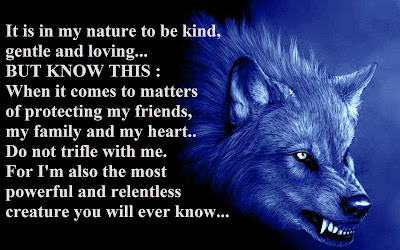 A country's national anthem is important. It used to be a means to rally the troops, like the flag. Even in this tweety-twit-ridden age, it still reflects, more or less, what its people believe and is usually something they can get behind. Casually mangling the words of it is trespass. Invasion. Buggering it all up! Holding up a grotty little piece of paper that you probably quickly scribbled with a Bic pen and a sheet of lined paper is hardly a dignified way to make a political statement.

A ball game is NOT where you proudly and arrogantly display your own personal and highly obnoxious beliefs!

As for the way the group handled this. . . Pereira was immediately labelled a “lone wolf", kind of like a mad dog that had to be put down at the vet.  The rest of the group quickly put this guy in the corner. It was the good old "he did it!" of childhood, with the accompanying finger-point.

There is the usual sobbing contrition on Twitter, the gee guys, I didn’t really mean it, I was trying to make a statement which would unite all of humanity. This sort of slobber seems to excuse any horrible, insensitive thing a person wants to blast out there. People’s attention span is only a few seconds now, so this will very quickly be forgotten and even forgiven. The group's discharge of the rogue tenor was very conditional: "until further notice", making you wonder just what that "further notice" will be. 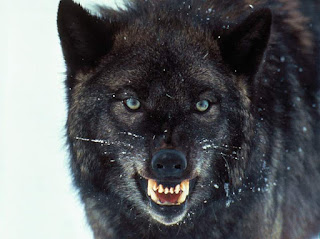 But no, it doesn't make you wonder! It means "until we take him back". He's on Twitter now, for Christ's sake! We might get some likes, some followers, maybe even go viral.

The group's popularity, or at least their notoriety, has soared because of this joker. He'll be in great demand. Maybe the Americans will actually want him now:

O say can you see
Donald Trump in a tree?

Or maybe he'll start a trend of IMPROVISING the lyrics to every national anthem! Why stick to those stodgy old words? They're so yesterday. Maybe a rap would be more exciting.

And let's change the tune, too. Throw out the whole thing. 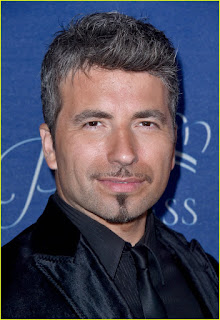 I speak for the human race and the lives of all sentient beings. Love, peace and harmony for ALL has always been my life's purpose.

The preceeding Twitter quote is Pereira's justification/explanation for holding up that grotty little piece of paper before the game: see, he speaks for the human race! His little amended (improved?) ditty encompasses the feelings, passions and aspirations of seven billion people. Hey, I didn't think he was THAT good a singer, but then, I was distracted by how atrocious he is as a lyricist. Let us hope that "all sentient beings" are coping with this ego-driven shenanigan better than I am.

Posted by Margaret Gunning at 6:25 PM No comments: