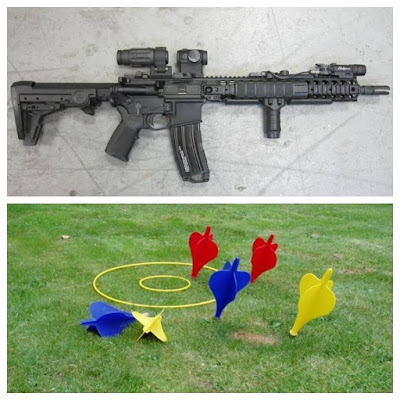 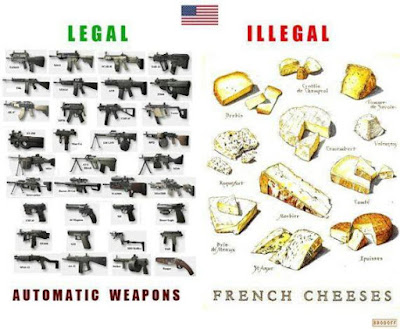 What a friend we have in cheeses! Some wag on Facebook suggested that all the holes in the Gruyere were made by unlicensed weapons. Then again. . . "my gun license is the Second Amendment!" Whoever wrote it must be kind of old by now. But wasn't that made for, uh, um, muskets and such-like, that used powder horns and took 5 minutes to re-load? 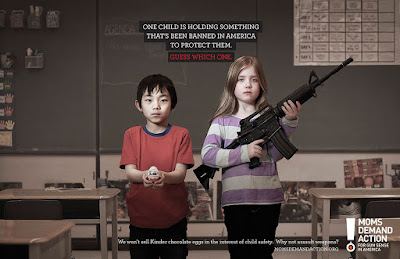 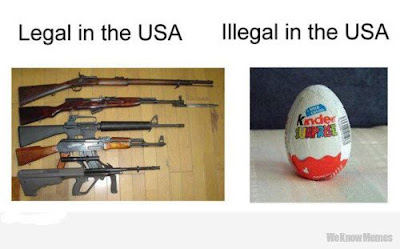 Right, but those Kinder Surprise eggs can really be dangerous! Someone once stepped on one of those plastic toys. 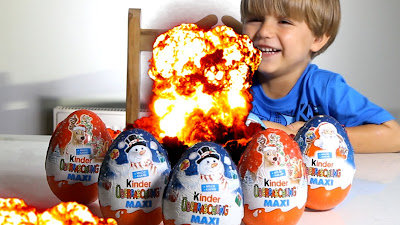 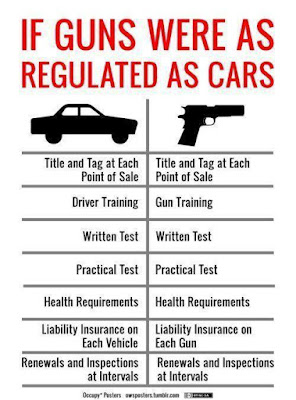 This is just one of those "things" that is preaching to the choir. No NRA member ever sat down and said, "Hmmmmm - what would happen if guns were s regulated as cars?" Then again, these yahoos might take this as a good reason NOT to regulate guns. Jesus Christ, man - you mean to say I'm supposed to take driver training? Isn't that against my Constitutional rights?

I had a truly sickening thought and did not want to follow up on it, but then I thought of something else and HAD to. This old Kinder Surprise ad is one of the creepiest things ever made. I made several gifs of it, none of which I liked. I hated this one the least.

I only posted it because I wanted to compare/contrast it with something from the 1934 version of Alice in Wonderland. This is W. C. Fields playing Humpty Dumpty.

And then of course I got onto all the old film versions of Alice, including the very first one - made in 1904 - which is so damaged it's virtually unwatchable. Too bad, because I really do love lots of mess and scrabbles on my film - I've made whole gifs of nothing but visual "noise". This is a little extreme however, and the constant splashing pulsations are very distracting, like acid being rhythmically thrown in your face. What I like about it is the fact that the Cheshire Cat is just an ordinary house cat, sitting contentedly on some sort of elevated platform.

This version came out in 1915, and the animal costumes are a bit more plausible, but no less creepy. I love the moment just before the Cheshire Cat disappears - those staring eyes remind me of  Louis Wain cats. Reflects the nightmarish, unchildlike quality of the original story. One pill makes you larger, and one pill makes you small.

Posted by Margaret Gunning at 10:31 PM No comments:

You know how it goes. That thing.

That thing we used to do, remember, where you take the name of your first pet and the name of the street you grew up on? Trouble is, a lot of people grew up on streets that were numbered, which did not sound very drag-queenish.

Some people's PETS might be numbered, too - Uno comes to mind, and he did OK with that handle. But in any case, mine came out pretty good: Skippy Victoria, which has just the right note of androgyny, and a sassyness contrasting nicely with Victorian propriety.

(I'm working up to it, I'm working up to it!) Tonight I got thinking about obsolete products, things that were wildly popular just for a little while, and how lame and ridiculous they seem now. As I always do when curious or perplexed, I turned to YouTube, and voila -

I found the original ad for something that took the pop-guzzling world by storm in the early '90s, before plummeting into permanent oblivion.

The ad, a true classic of obnoxious inspiration, seems to hammer away at a couple of key concepts: how naturalness is preferable to artificiality (? Can't say it any other way), how individuality is crucial in a world that would flatten our unique contributions, about how there's a new world a-coming which is going to blow everybody's socks off, but NOT through technology (because back then in 1992 technology WASN'T the omnipresent monster it is today, though ironically it was still seen as a monster), and. . .

Yes. Here it is, as exquisite and perfect as the Mona Lisa, every Madison Avenue copy boy's wet dream:

And here at last is the point of this entire inane, silly post: this is my NEW drag queen name! I think Crystal Pepsi is far superior to Skippy Victoria. She's my old, haggard, slatternly drag queen persona, and Crystal Pepsi is my new, wink-y, soft-drink-y, bubbly, clearly crystalline persona, one of those "natural" drag queens that doesn't really wear any makeup or high heels or prosthetics.

Hey, what do you mean they don't exist? Fine name, though.