Don't Stay Too Fat! and other stupid Friday things 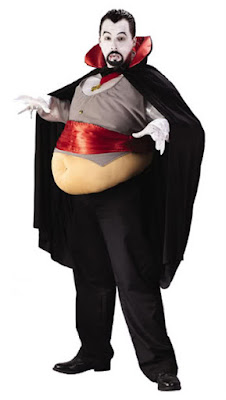 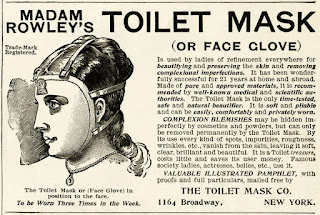 Ew. I don't know what's more creepy: "toilet mask" or "face glove". To be Worn Three Times in the Week, it says. Just don't wear it in public, particularly not when banking. 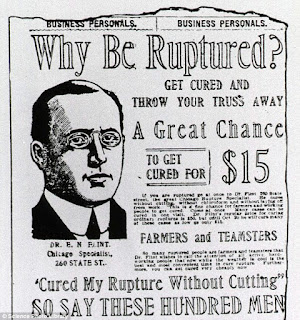 Throw your truss away! Get cured for $15. Farmers and Teamsters. "Cured My Rupture Without Cutting". THESE HUNDRED MEN insist, but I can't see how this wouldn't hurt. 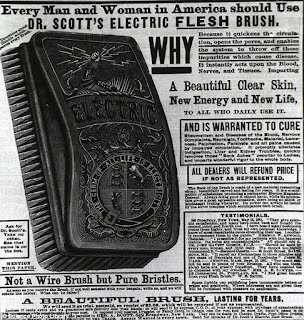 The flesh brush might be one of those vibrator-thingies they used on Victorian women to cure their "hysteria". If it was me, I think it would CAUSE hysteria, or at least some sort of sexual spasm. But maybe that was the cure. The flesh brush sends out little pinpricks of electricity. This was seen as a cure for everything. I can't read the rest of the copy, unfortunately.

This is so great that I must transcribe it word-for-word (though I hate doing that!):

"JOY'S CIGARETTES afford immediate relief in cases of ASTHMA, WHEEZING, and WINTER COUGH, and a little perseverence will effect a permanent cure. Universally recommended by the most eminent physicians and medical authors. Agreeable to use, certain in their effects, and harmless in their action, they may be safely smoked by ladies and children." 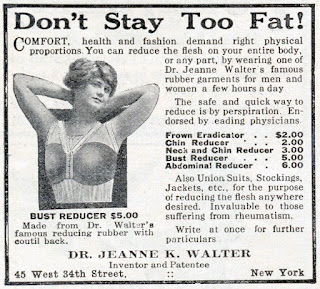 This one is even creepier: "Comfort, health and fashion demand right physical proportions. You can reduce the flesh on your entire body, or any part, by wearing one of Dr. Jeanne Walter's famous rubber garments for men and women a few hours a day." 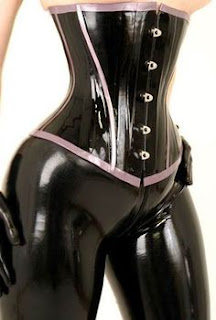 Sorta like this, I guess. You'd lose weight, all right, and keel over from dehydration. 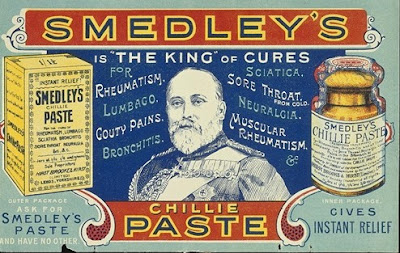 This Smedley guy is "THE KING" of CURES, and claims to be able to cure just about anything with his famous Chillie Paste. I can't read the ingredients, which probably aren't listed anyway, but could this be ordinary chili pepper extract of some kind, something that merely brings a sort of glow to the skin? 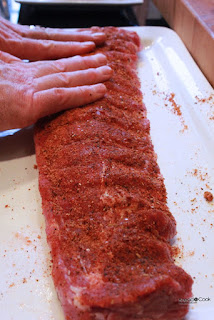 POST-POST: It's nearly Saturday now, and here I sit. What is the purpose of life? Surely not to sit on your ass blogging at midnight. There HAS to be more to it than that. But I can't afford romantic vacations or thrilling international adventures. Such things will be forever out of my reach.

I do like ads, though - have always liked them, and the older they are the better. As a sort of caboose to the last bunch of them, I found some extremely gruesome corset ads that nevertheless boast of "ease", "comfort" and "fit". 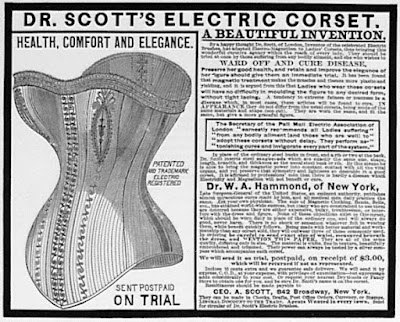 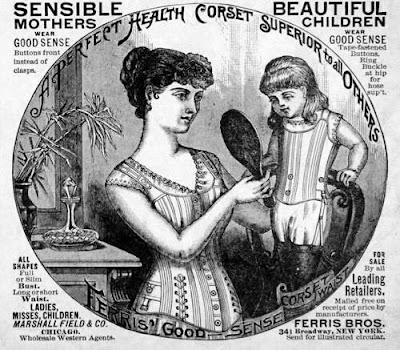 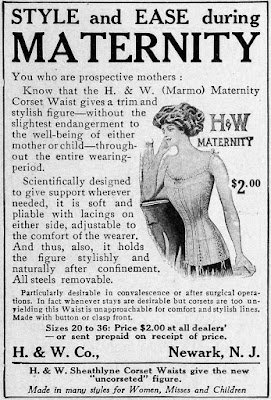 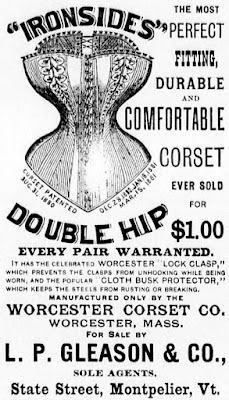 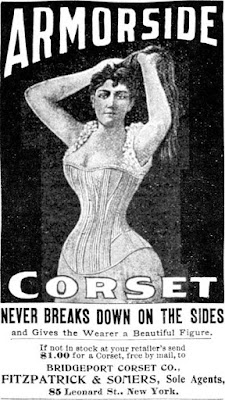 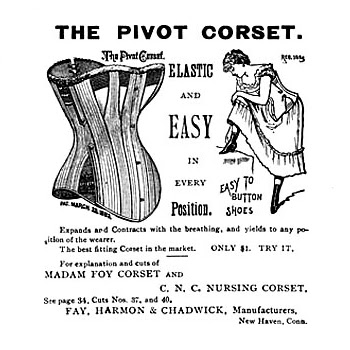 Posted by Margaret Gunning at 1:20 PM No comments:

Is that a cellphone in your pocket, or are you just from another dimension? 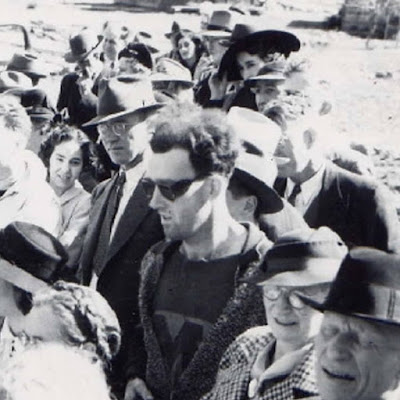 This is a little piece I borrowed from a site called Waffles at Noon (link below). Who knows where I saw the original photo, probably when I was looking fruitlessly for something else.

Though the article debunks the photo, I think they're just a bunch of killjoys who are not worthy of their waffles. But as with all these controversial/conspiracy-theory-oriented topics - you decide. 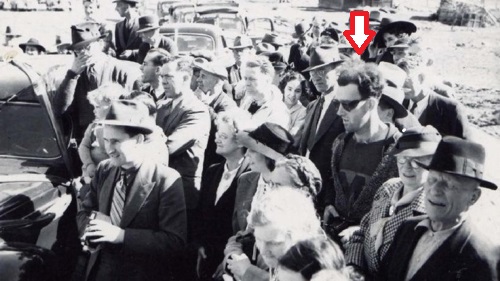 A photo allegedly shows a modern hipster who traveled back in time to the 1940’s. Is the photo real or fake?

The photograph has been circulating since around 2010, with suggestions that the casually-dressed man’s appearance is too modern to fit into the a 1940’s setting. Here is one caption which has circulated with the photo in 2013:

In 1940, a mysterious man was photographed in Canada wearing what seems to be modern clothing and carrying a camera. Its authenticity was proven by NTV in Russia in 2010.

Is this a man with incredibly modern style? Or evidence of time travel?

The logo on the “modern” shirt worn by the man in the image is probably that of the Montreal Maroons hockey team, an NHL team which existed until 1938. Thus, it would be more likely to see someone wearing that shirt in 1940 than in the 2010’s.

The man’s knitted sweater also doesn’t indicate anything out of the ordinary for the 1940’s.

The “modern” camera in the man’s hands is not clearly shown, but Kodak did produce cameras of this size at the time. Another man in the image is also holding a camera.

The caption above is correct in stating that the photo was deemed authentic by NTV in Russia, as seen in the video below:

SUNGLASSES, AND THE ERRONEOUS STANWYCK COMPARISON

Sunglasses with side shades were common in 1940, so these would not have been unusual.

In their attempts to debunk the time traveler theory, some writers have used a photo of Barbara Stanwyck wearing sunglasses in the 1940 film Double Indemnity. If you look closely, however, the glasses are not the same. Stanwyck’s glasses are actually casting a shadow on the side of her face, which – from a distance – resemble the side shades in the sunglasses worn by the man in the 1940 photo.

Barbara Stanwyck’s sunglasses are merely casting a shadow which resemble the man’s side shades.

In chart below shows search interest in this story. As you can see, it was around December 2011 when the story first went viral online. It has had several peaks in interest since that time.

But this! What about this??

This is a few seconds of authentic footage taken on Blackfriars Bridge, London, around 1900. The man walking casually with his coat open, pulling his hand out of his pocket, with no hat, does not fit anyone or anything around him. Look at the people walking behind him, in their stiff Edwardian garb. People did their coats up then, and ALWAYS wore hats when outside - it was considered extremely vulgar not to. Newsboys and stableboys and prostitutes wore hats. This guy is bareheaded as he swings along, perhaps tucking something (his cellphone?) into his pocket before walking casually out of frame.

I call this the Time Traveller on Blackfriars Bridge, and I got a couple of good posts out of it back when people were still reading this blog, so why not try to get a bit more juice out of it now? On the subject of hipsters, I was going to riff on this but could only think of two hipsters in all the world: 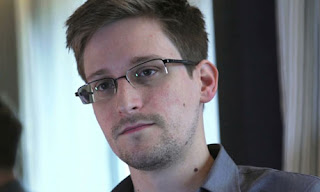 Edward Snowden, and (of course)

Still a hipster, after all these years.

Oh, you know what? It's fake. No, I mean it isn't fake, it just isn't a hipster. Look at the guy closely. He's a 1940s Joe College sort, wearing a frayed sweater (not a hoodie, as it first appears). He has a nerdy wavy slicked-back hairdo, I mean combed straight back like nobody does, and the glasses are like the glasses of a semi-blind person. I don't know what it is about the hair of men back then - you just never see it now - it was bumpy, not curly, not even wavy really, it had these bumps, and he has them. Some day someone will figure out who he is - or was, because surely he's dead by now! End of story, don't you think?

But then again. What were all those people so eager to get a glimpse of? An alien invasion, perhaps. What else would stop traffic like that? 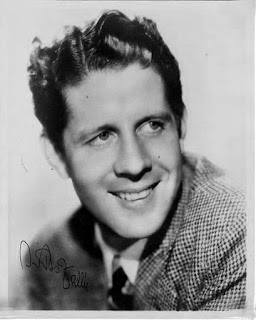 Posted by Margaret Gunning at 10:30 AM No comments: