A dove (or two) for Dave

Posted by Margaret Gunning at 4:30 PM No comments:

Cats (and more cats) in motion 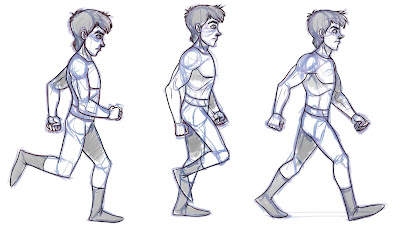 I've done this sort of experimentation before, with the Muybridge images. But today I got a little more creative. I wanted to see if I could achieve fluid motion in just a few frames, as Muybridge was able to do. The idea is, your eye sees where things are going and just fills in the missing action.

So this was the first step. I found this drawing of a guy walking, then cut the image up into three frames and put it through my photo-to-gif program. Et voila -

In two speeds! I will admit it's not the smoothest, but for three images it ain't bad. For some reason, Makeagif won't allow you to remove the watermark for photo-to-gif, which mars the thing pretty badly, especially with the white background. I am not sure why this is, as you always have the option of removing it on gifs, so long as you are signed in. But never mind, try not to look at it. The miracle is that it's WORKING today, at least so far! 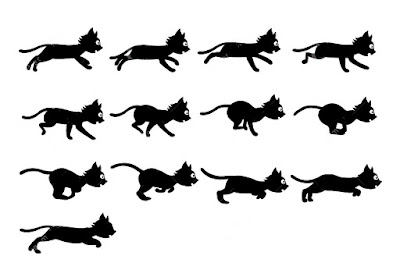 Now this is my masterpiece, or at least so far. I took this, divided it into twelve images (there was a thirteenth image thrown in for "bad luck" that had to be removed, because it made the motion jerky), photoshopped them onto white squares, and did the photo-to-gif thing. First I want to post those images (because damn, I worked hard on them!) 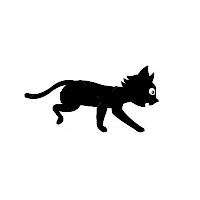 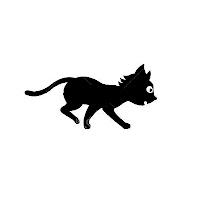 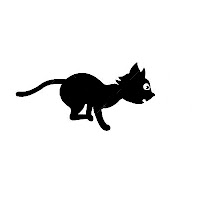 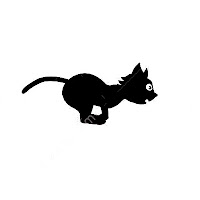 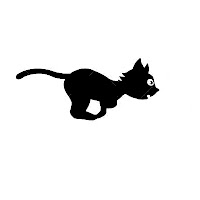 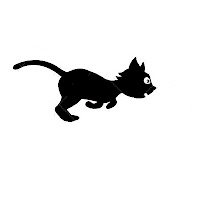 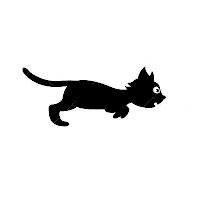 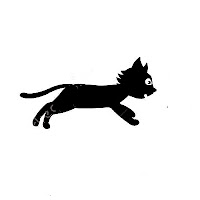 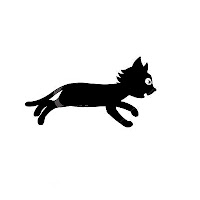 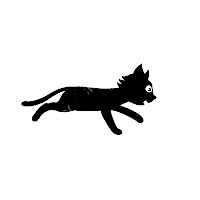 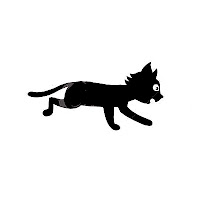 Well, sort of. I may have left out a frame. But the result, except for the damned watermark, looked pretty good:

I especially like the action of the hind end, how it kind of flexes and stretches, and the tail which has a natural sort of flapping motion. The head isn't up to much, and is too big for the body and has a silly cartoonish expression - why, I do not know, because the rest of it is fairly realistic. Try covering the cat's head with your thumb, and the whole thing will look a whole lot better. Go on, now - try it.