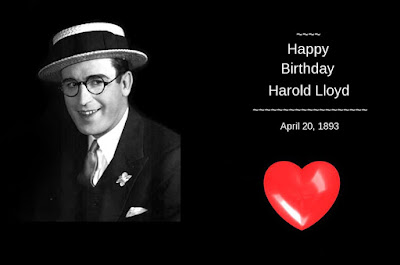 The things you remember to forget

Can I piece this together, or should I just leave it in its natural pieces?

Years ago, when the internet was still somewhat Jurassic and YouTube was all new to me, I kept trying to find something, anything, about an episode of a sci-fi TV show I saw in the '60s. Wasn't sure if it was Twilight Zone, Outer Limits or (my personal favorite, the one that scared the bejeezus out of me) One Step Beyond.

I don't think I even saw the show, in fact. My much-older sister was reading a description of it out of TV Guide. "A woman doctor awakens to discover that she has become extremely obese." My sister said, "Oh, that sounds like me." I didn't even know it at the time, but she was pregnant and hiding it from the world, including me.

But that wisp of memory is ALL, I swear, that I had to go on.

I did find this on a message board, and thought: I think, I think she's talking about the same thing: 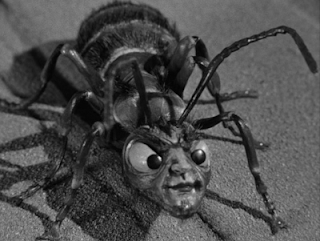 Does anybody remember an episode of Twilight Zone or Outer Limits about a Queen Bee? It isn't the one with the sexy queen bee trying to breed with a human male. This was about a woman who wakes up and discovers she is enormously fat because she is a queen bee and she is never allowed to do anything but breed and be fed. Program, episode and names of actors would be appreciated.

It wasn't the Outer Limits, and I believe it was in black and white. I can see the actress, but I can't think of her name. She did a lot of stuff in the 60's and 70's. Sorry to be of no help. Good luck. 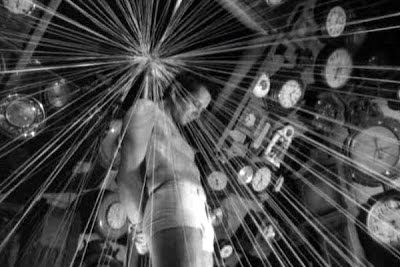 It wasn't Zzzzzz, I checked on YouTube. It wasn't even Twilight Zone or Outer Limits or any of those, I obsessively checked the synopsis on every single episode and watched the ones that were available, and no obese doctor. So I gave up. Every so often, every few years I mean, I'd take another half-hearted stab at it. THEN!

Then, just tonight, I found this - this description on IMDB, and bingo-bango.

Dr. Jane Waterleigh wakes to find herself in an obese body, having just given birth to her fourth baby, and is called "Mother Orchis" and "Mother 417" by an all-female medical staff. The other Mothers, all of whom are corpulent and much larger than their helpers, the Servitors, tell Jane that there are no men, their only responsibility is to give birth, and Mothers neither read nor write. 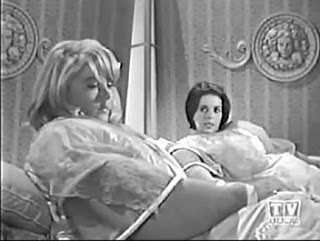 Jane, however, remembers her past life as a physician and wife, so two policewomen try to arrest her for "reactionism." The Doctors refuse to surrender her, and send her to sick bay, then to Laura, the historian. Laura explains that all of the men died decades ago, when a Dr. Perrigan developed a virus to control the rat population, but the strain mutated, killing all male humans, but sparing females, who were immune. 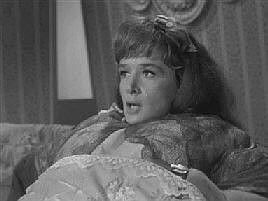 Now only women survive, and they are sorted at birth into four classes--Doctors, Mothers, Servitors, and Workers--and raised in learning centers. When Laura tells Jane that she will now receive an hypnotic treatment, a drug-induced amnesia to remove all of her memory, she becomes hysterical, and returns to her earlier world.

She is in the office of Dr. Hellyer, her boss and the Chief of Staff at her hospital, who reminds her that she volunteered to test a new narcotic, Sonadrin, which apparently took her to the fantastic matriarchal world from which she just escaped. She discovers that Dr. Perrigan is a real biologist, who is working on a myxomatosis strain to exterminate brown rats.

She meets Perrigan and tries to convince him to discontinue his project, but he refuses, so she shoots him, lights a fire using all of Perrigan's research notes, and burns down his laboratory. She is tried for murder, but refuses to plead insanity, and insists that her sacrifice is worthwhile, since she is saving humanity from a terrible future.

Then her attorney, Max Wilding, tells her that Perrigan has a son, another Dr. Perrigan, who promises to complete his father's work. 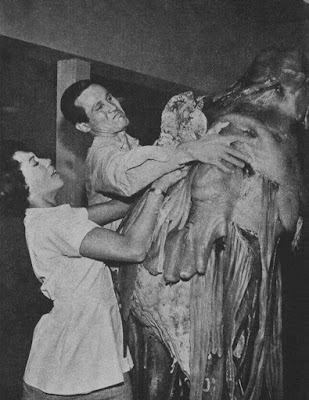 OK THEN! Great episode, based on a short story by John Wyndham (which I now have to find!). I decided to post the entire (detailed) synopsis because it's so fascinatingly bizarre. It DOES have termite queen aspects to it (and dear GOD do not get me going on termite queens, those seething bags of - ). I do not have the video, and the only photos are these godawful grainy things I scrounged and blew up. There is a mere snippet from the ending on YouTube, from which I have made a few not-very-good gifs.

But it's gratifying to realize that from that tiny wisp of memory, I have been able to retrieve something this tangible. Hell of a good story, too - too bad I didn't watch it.

BADDA-BOOM: There's got to be a rim shot to this. The actress in this episode was catching my mind at first - boy, she looked familiar (one of those!), until one of my Google image searches just sort of stuck her name in my face.

I remember her from Barney Miller! And many other things, of course - she had one of those long careers character actresses used to have.  And now that I think of it, my older sister - the pregnant one - (the termite queen, I mean) - used to watch The Alfred Hitchcock Hour all the time, and wouldn't be caught dead watching One Step Beyond. That sort of show was for the common rabble. Hitchcock was Art.

So I should've remembered. Eh?

POSTLY POST: So the next day, like ripping a bandaid off something barely healed, I began to look for some more. Can't leave it alone, it seems.

Enthralling as that story outline seemed, there were holes in it, and parts of it that didn't make much sense. This was the only other detailed synopsis I could find, from Wikipedia:

The story is mostly a first-person narrative. It begins with a woman (Jane Waterleigh) who has no memory of her past waking up and discovering that she is a mother of some description, in a bloated body that is not her own. After some confusing experiences Jane's memory gradually returns and she recalls that she was part of an experiment using a drug (chuinjuatin) to see if it enabled people to have out-of-body experiences. It seems that the drug has worked far better than anyone could have anticipated: Jane has been cast into the future. She also realises that she is in a society consisting entirely of women, organised into a strict system of castes, and that she is now a member of the mother caste. Jane's initial contacts have never even heard of men, and believe her to be delusional.

When it becomes clear to doctors who attend Jane that something strange has happened (since she can read and write, while the mother caste are illiterate) they arrange for her to be taken to meet an aged historian named Laura. It seems that Jane is in a society somewhat more than a century after her own time. Laura relates that not long after Jane's own time a Dr Perrigan carried out scientific experiments that unintentionally created a virus that killed all the men in the world, leaving only women. After a very difficult period of famine and breakdown, a small number of educated women, found mainly in the medical profession, took control and embarked on an urgent programme of research to enable women to reproduce without males. The women also decided to follow some advice from the Bible ("Go to the ant thou sluggard, consider her ways") and created a caste-based society in which Jane has become a member of the Mother caste.

Laura does understand what Jane means when she talks of men. However, she is certain that they were oppressors of women and that the world is far better without them. Jane disagrees and feels the demise of men to be a terrible blow.

Distressed at the prospect of spending her life as a bloated producer of babies, expected to be unable to read, write or reason, Jane requests that she be administered a dose of chuinjuatin in the hope that she might return to her own time. It works, and once transported, Jane decides to stop Dr Perrigan at all costs. The story has an ambiguous ending, which may suggest that it is the narrator's own actions that will lead to the catastrophe she hopes to prevent, an example of the predestination paradox.

This is actually the synopsis of the original John Wyndham short story, though the Wiki entry says the Hitchcock adaptation was "fairly faithful" (though transplanted to the U. S. Note the word "programme" in the synopsis - even we Canadians don't use terms that antiquated and bulky).

But here's one more snippet: a review posted on a Hitchcock fan site. Gives a little more insight into this strange and twisted thing. This just makes me want to see it all the more, but I'd have to order it on DVD or something, along with 576 other episodes.

This was a weirdly disturbing episode...but NOT for the reasons presented. In the future, men are dead and the surviving woman have become a single-gender society, with classes and levels organized along the same lines as the Ants. A woman wakes with no memory of who she is...and finds she's a hugely obese, barely mobile woman named "Mother Orchis" who (as a mother) is genetically designed to have babies...and nothing else. She gradually remembers she has a husband (nobody even knows what a 'man' is), can read and write (something Mother Orchis can't do) and was in fact a doctor. The story's pretty facinating (involving mental projection and time travel) but the the whole "No woman is complete without her man!" message has an ugly ring to it. Still, I'm charmed by the effectiveness of the primitive fat-suits and the sight of those huge woman, reclining on couches and eating...being massaged by servants (drones) and existing in this strange society that survived the loss of the other gender and adapted.

(I have just one question. Wouldn't they still have male babies? Did they kill them all off, or what? Unless perhaps they cloned themselves, but that part of it is never explained.)

Posted by Margaret Gunning at 12:49 AM No comments: