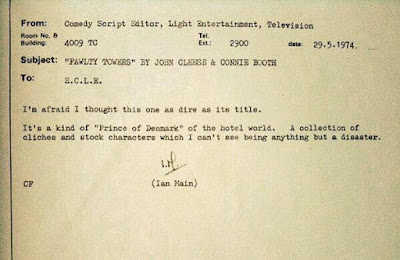 I have to agree. When I saw it in '74, I thought: nobody will ever want to see this show again.

Posted by Margaret Gunning at 9:52 PM No comments:

NOTE. Though I make 95% of my gifs (mostly from YouTube or private videos), I did not make these, and I wish I knew who did. I saw them on someone else's site who ALSO did not know who made them. The only identifying label is Tumblr, with five thousand letters and numbers after it. Pretty hard to track down.

I've seen my stuff on other people's blogs, and so long as they don't try to say they wrote it, fine. If they say my name, even better. But it all belongs to the world, doesn't it?

Actually, no, it doesn't. These are sweet and clever and have combined animation with still photos from Lloyd's actual pictures, with nice pastel colours added.

I've seen a couple more of these:

If the artist would step forward and proclaim, "I did these, take them down", I will. I'd prefer they say who they are first. I am NOT trying to take credit for them. But they're adorable, aren't they? And in a split-second, they say so much more about Harold than I ever could in all my blatherings.

POST-BLOG: Though I've probably posted these before, it's time to see them again. They're snippets of cartoons featuring Harold. He's in and out of them pretty quickly, which is why I was able to make them into gifs.

Multiple choice quiz. No, figure them out yourself. Who they all are, I mean. If you can't, what are you doing on my blog? This is a silent movie blog, for God's sake! What are you trying to do - learn something? It won't happen here.

Posted by Margaret Gunning at 4:40 PM No comments: