How do you work this thing?: Electroshock in the home


No kidding, the things I find. Now people are shocking their brain. They're buying these things on Craigslist or eBay, possibly used or faulty, and sticking electrodes on themselves because they heard somewhere that it "might help" with Parkinson's, depression, and whatever-else you want to get rid of.

The problem? There are no instructions! If there are instructions, they're probably badly-translated, like the How To Stop The Smoking thing I just posted. Unintelligible. So you have to guess at what you're supposed to be doing, or else go on one of those online forums. You know the ones I mean. A ragbag assortment of ill-informed opinions flavoured with paranoia about mainstream medicine. 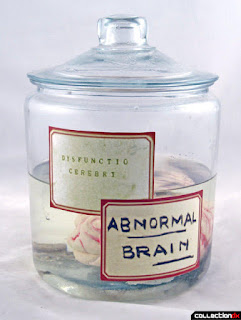 This all seems about as safe as doing surgery on yourself, but in this era of home medicine, anything is possible and almost everything is unregulated. I can understand people's reluctance to go to the doctor. If I go to the doctor with a troubling symptom, s/he is likely to give me something to make the symptom go away. End of story. Whether it's pointing to cancer, heart disease or Parkinson's, symptom gone = patient well, or at least not complaining any more.

But if THIS shorts out on you, you might be in the worst sort of trouble.


Researchers are testing mild electrical stimulation to improve brain function and mental health, but warn do-it-yourselfers to be wary of treating themselves with models available online.

Dr. Fidel Vila-Rodriguez, director of the Non-Invasive Neurostimulation Therapies (NINET) Lab at the University of B.C., is starting to lend devices for home use to people with Parkinson’s disease and depression that will deliver a weak electrical current through electrodes placed on their temples.

The machines in his experiments can’t be adjusted above two milliamps — similar to the power created by two AA batteries. In contrast, some unregulated brain stimulators sold online can deliver about 10 times that amount of current, something he calls “worrisome.” It is an amount of electricity still small enough that users might not notice an immediate effect — or danger.

“You may feel just a tingling sensation, so the perception is of low risk, in part because of that. But the truth is we don’t really know about these unregulated devices,” he says. 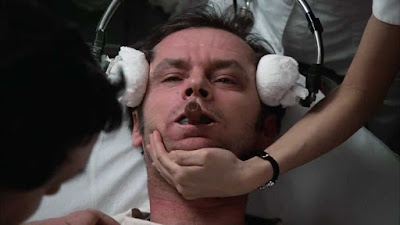 In contrast, products sold online with names like Thync and Foc.us are in a grey area, approved by no government body in North America. They are not classified as medical devices by the U.S. Food and Drug Administration or Health Canada. Yet their websites promise better brain performance, relaxation or energizing as desired.

Stanford University law grad and former UBC masters student Roland Nadler has a small collection of them which he doesn’t use on himself, but rather as examples of gaps in government regulations.

“These devices are a bit before their time. Or if they have a future, it’s almost always going to be with a professional intermediary,” says Nadler, currently a fellow at Stanford University’s Centre for Law and the Biosciences in California. “It’s too complex and sophisticated of a technology for most people to do at home.” 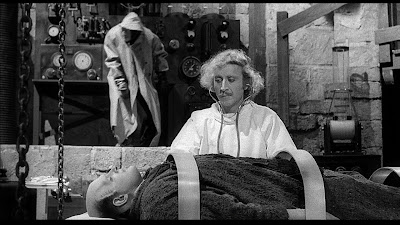 There’s an 8,000-member discussion group on the networking website Reddit about transcranial direct current stimulation, or tDCS, filled with home users asking each other how to use the gear, which comes with limited instructions. “What positions of the electrodes are used for depression? It is surprisingly difficult for a me to find a no bull**** guide on accurate placements. Can anyone help?” Or, more alarming, “How can I tell which cable is the anode and which is the cathode? Are the blues one and the whites others?”

Nadler says this sort of chat shows how difficult self-treatment can be. Placing the electrodes is a key step, and some sets make it easy to confuse the cathode, which is positively charged, with the negatively charged anode. Depending on the condition under treatment, the current must flow in a specific direction to a specific area of the brain. Reversing the prescribed flow of electricity could excite the brain when the user sought calming effects — a mistake someone seeking relief from insomnia, for instance, might not want to make. 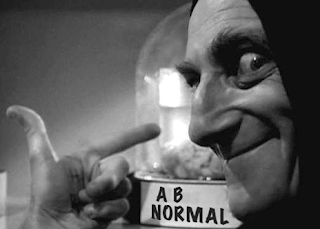 “Getting the anode and cathode mixed up is serious business,” says the understated Nadler.

But the lure of better living through electricity is compelling for amateurs and professionals alike.

P. S. (or P. B.): yes, I know I just used this image, but it's great, isn't it? She seems like the kind of person who might stick electrodes on her head for a do-it-yourself version of electroconvulsive therapy.

I wonder now, in this age when people become addicted to absolutely everything, if they might become hooked on these DIY brain-shockers. Or use it as a kinky sex aid, with role-playing: you be Frankenstein, I'll be the mad doctor! You be Bugs Bunny, I'll be the chicken! You be Jack Nicholson, and. . . you get the idea.

If ten volts feels good, could twenty feel even better? How about a hundred: will that erase all memory of Donald Trump?  If all that juice doesn't heal or treat anything, it might obliterate all trace of symptoms so you no longer care whether you're sick or well. Just keep turning up that dial, the one that goes to eleven. . .

This could catch on.