True love triumphs in a page and a half 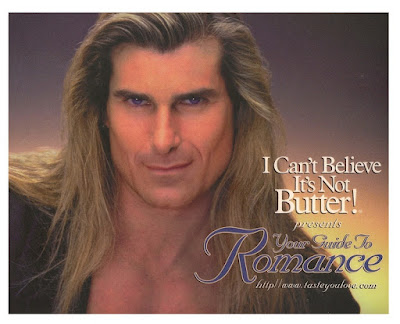 Submissions must be mailed with a Self Addressed Stamped Envelope.

Manuscripts should be double-spaced in legible size type.

According to their guidelines:

“We buy contemporary romances of 800 words. Stories must revolve around a compelling, true-to-life relationship dilemma; may feature either a female or male protagonist; and may be written in either the first or third person. Characters may be married, single, divorced or widowed; should be down-to-earth (no yuppies or jet-setters); and their dilemma should be poignantly or humorously conveyed. Please think carefully about a story’s setting, mood and plot, and tell the story with interesting action and dialogue. (Every sentence, paragraph, and scene of the story should deliver more information about your characters and their situation and/or briskly advance the storyline).

We are not interested in stories involving life-or-death matters, nor are we interested in fluffy, flyaway-style romance. When we say romance, what we really mean is relationship–whether it’s just beginning or is about to celebrate its 50th anniversary. The emphasis in our stories is on real life-which is why we do not buy science fiction, fantasy or historical romance.”

Their official guidelines are not available on their website. Submissions should be sent to the address above. 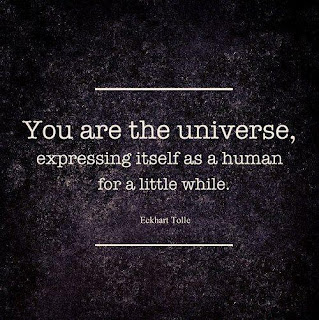 I knew I had put on a few pounds over the holidays, but. . . 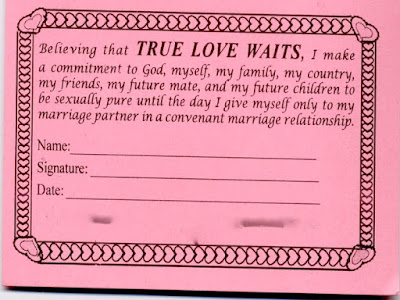 Convenant. Does that mean. . . convenient?

Posted by Margaret Gunning at 3:58 PM No comments: 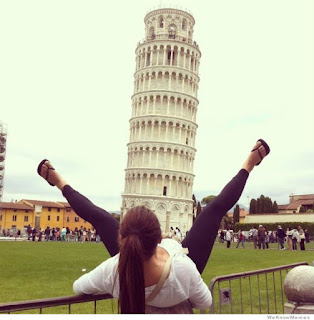 Thomas Cook claims these are actual customer complaints, and maybe that is so. But I do find the egg-slicer thing a bit far-fetched.

1. "On my holiday to Goa in India, I was disgusted to find that almost every restaurant served curry. I don't like spicy food."

2. "My fiancée and I requested twin-beds when we booked, but instead we were placed in a room with a king bed. We now hold you responsible and want to be re-reimbursed for the fact that I became pregnant. This would not have happened if you had put us in the room that we booked."

3. "We went on holiday to Spain and had a problem with the taxi drivers as they were all Spanish."

4. "We booked an excursion to a water park but no-one told us we had to bring our own swimsuits and towels. We assumed it would be included in the price."

5. "The beach was too sandy. We had to clean everything when we returned to our room."

6. "We found the sand was not like the sand in the brochure. Your brochure shows the sand as white but it was more yellow."

7. "It's lazy of the local shopkeepers in Puerto Vallartato close in the afternoons. I often needed to buy things during 'siesta' time -- this should be banned." 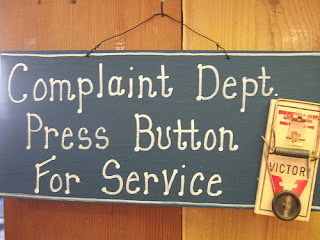 8. "No-one told us there would be fish in the water. The children were scared."

9. "Although the brochure said that there was a fully equipped kitchen, there was no egg-slicer in the drawers."

10. "I think it should be explained in the brochure that the local convenience store does not sell proper biscuits like custard creams or ginger nuts."

11. "The roads were uneven and bumpy, so we could not read the local guide book during the bus ride to the resort. Because of this, we were unaware of many things that would have made our holiday more fun."

12. "It took us nine hours to fly home from Jamaica to England. It took the Americans only three hours to get home. This seems unfair." 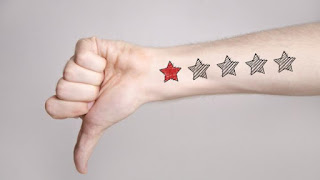 13. "I compared the size of our one-bedroom suite to our friends' three-bedroom and ours was significantly smaller."

14. "The brochure stated: 'No hairdressers at the resort.' We're trainee hairdressers and we think they knew and made us wait longer for service."

15. "When we were in Spain, there were too many Spanish people there. The receptionist spoke Spanish, the food was Spanish. No one told us that there would be so many foreigners."

16. "We had to line up outside to catch the boat and there was no air-conditioning."

17. "It is your duty as a tour operator to advise us of noisy or unruly guests before we travel."

18. "I was bitten by a mosquito. The brochure did not mention mosquitoes."

19. "They should not allow topless sunbathing on the beach. It was very distracting for my husband who just wanted to relax." 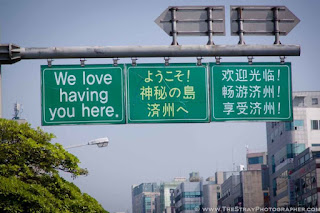 This brought to mind the ULTIMATE tourist rant from a long-ago but still classic Monty Python sketch (and by the way, I don't post a lot of photos just to be idiotic. I cannot take in huge blocks of text myself - my eyes need a break - and besides, many newspapers and internet sites now put a paragraph break after every sentence. Yet I am sometimes dissed for illustrating my stuff. It's not faaaaiiirrrrr. The worst thing my blog was ever called was "embarrassing", but I was back at it the next day, which speaks louder than any insults. And you can always take the option of not reading it. By the way, go ahead: DO cut and paste my stuff, so long as my name is on it, and a link to my blog. I want that.

Just one more point. Why do various people snipe at bloggers for posting photos and stuff, when Pinterest pirates absolutely everything with NO restrictions?

On with our story. (By the way. I've decided to quote the Monty Python "tourist sketch" verbatim, with no commercial interruption. It's better that way, but can you read it? I'm having some trouble.)

Tourist: Yes I quite agree I mean what's the point of being treated like sheep. What's the point of going abroad if you're just another tourist carted around in buses surrounded by sweaty mindless oafs from Kettering and Coventry in their cloth caps and their cardigans and their transistor radios and their Sunday Mirrors, complaining about the tea - "Oh they don't make it properly here, do they, not like at home" - and stopping at Majorcan bodegas selling fish and chips and Watney's Red Barrel and calamari's and two veg and sitting in their cotton frocks squirting Timothy White's sun cream all over their puffy raw swollen purulent flesh 'cos they "overdid it on the first day."

Tourist: And being herded into endless Hotel Miramars and Bellvueses and Continentales with their modern international luxury roomettes and draught Red Barrel and swimming pools full of fat German businessmen pretending they're acrobats forming pyramids and frightening the children and barging into queues and if you're not at your table spot on seven you miss the bowl of Campbell's Cream of Mushroom soup, the first item on the menu of International Cuisine, and every Thursday night the hotel has a bloody cabaret in the bar, featuring a tiny emaciated dago with nine-inch hips and some bloated fat tart with her hair brylcreemed down and a big arse presenting Flamenco for Foreigners.

Tourist: And then some adenoidal typists from Birmingham with flabby white legs and diarrhea trying to pick up hairy bandy-legged wop waiters called Manuel and once a week there's an excursion to the local Roman Remains to buy cherryade and melted ice cream and bleeding Watney's Red Barrel and one evening you visit the so called typical restaurant with local color and atmosphere and you sit next to a party from Rhyl who keep singing "Torremolinos, torremolinos" and complaining about the food - "It's so greasy isn't it?" - and you get cornered by some drunken greengrocer from Luton with an Instamatic camera and Dr. Scholl sandals and last Tuesday's Daily Express and he drones on and on about how Mr. Smith should be running this country and how many languages Enoch Powell can speak and then he throws up over the Cuba Libres.

Bounder: Will you be quiet please

Tourist: And sending tinted postcards of places they don't realize they haven't even visited to "All at number 22, weather wonderful, our room is marked with an 'X'.

Tourist: Food very greasy but we've found a charming little local place hidden away in the back streets

Tourist: where they serve Watney's Red Barrel and cheese and onion.......

Bounder: Shut up your bloody gob....

Tourist: crisps and the accordionist plays 'Maybe it's because I'm a Londoner'." And spending four days on the tarmac at Luton airport on a five-day package tour with nothing to eat but dried BEA-type sandwiches and you can't even get a drink of Watney's Red Barrel because you're still in England and the bloody bar closes every time you're thirsty and there's nowhere to sleep and the kids are crying and vomiting and breaking the plastic ash-trays and they keep telling you it'll only be another hour although your plane is still in Iceland and has to take some Swedes to Yugoslavia before it can load you up at 3 a.m. in the bloody morning and you sit on the tarmac till six because of "unforeseen difficulties", i.e. the permanent strike of Air Traffic Control in Paris - and nobody can go to the lavatory until you take off at 8, and when you get to Malaga airport everybody's swallowing "enterovioform" and queuing for the toilets and queuing for the armed customs officers, and queuing for the bloody bus that isn't there to take you to the hotel that hasn't yet been finished. And when you finally get to the half-built Algerian ruin called the Hotel del Sol by paying half your holiday money to a licensed bandit in a taxi you find there's no water in the pool, there's no water in the taps, there's no water in the bog and there's only a bleeding lizard in the bidet. And half the rooms are double booked and you can't sleep anyway because of the permanent twenty-four-hour drilling of the foundations of the hotel next door - and you're plagued by appalling apprentice chemists from Ealing pretending to be hippies, and middle-class stockbrokers' wives busily buying identical holiday villas in suburban development plots just like Esher, in case the Labour government gets in again, and fat American matrons with sloppy-buttocks and Hawaiian-patterned ski pants looking for any mulatto male who can keep it up long enough when they finally let it all flop out. And the Spanish Tourist Board promises you that the raging cholera epidemic is merely a case of mild Spanish tummy, like the previous outbreak of Spanish tummy in 1660 which killed half London and decimated Europe - and meanwhile the bloody Guardia are busy arresting sixteen-year-olds for kissing in the streets and shooting anyone under nineteen who doesn't like Franco. And then on the last day in the airport lounge everyone's comparing sunburns, drinking Nasty Spumante, buying cartons of duty free "cigarillos" and using up their last pesetas on horrid dolls in Spanish National costume and awful straw donkeys and bullfight posters with your name on "Ordoney, El Cordobes and Brian Pules of Norwich" and 3-D pictures of the Pope and Kennedy and Franco, and everybody's talking about coming again next year and you swear you never will although there you are tumbling bleary-eyed out of a tourist-tight antique Iberian airplane... 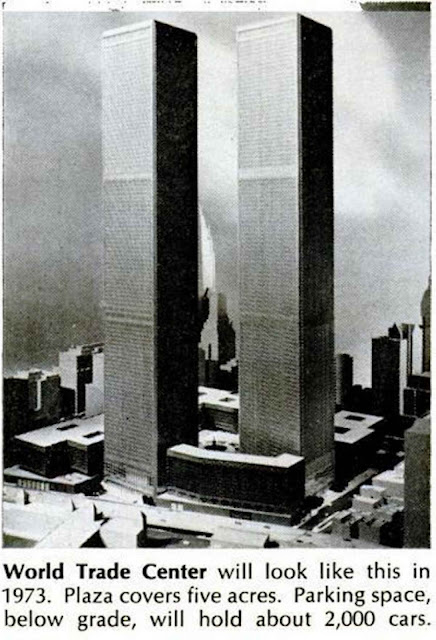