Are you nuts? You'll never fit into THAT.

Oh, the old turf fire and the hearth swept clean,
There is no-one half so happy as myself and Paddy Keane;
With the baby in the cradle you could hear her mammy say
"Wouldn't you go to sleep, Alanna, till I wet your daddy's tay."


"Oh the man that I work for is a richer man than me,
But somehow in this world, feth, we never can agree;
He has big tow'ring mansions and castles over all
But sure I wouldn't exchange with him my little marble hall." 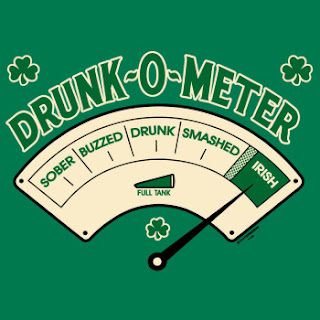 "I have got a house and a tidy bit of land;
You would never see a better on the side of Knocknacran;
No piano in the corner and no pictures on the wall,
But I'm somehow quite contented in my little marble hall."


O the old turf fire and the hearth swept clean,
There is no-one half so happy as myself and Paddy Keane;
With the baby in the cradle you could her her mammy say,
"Wouldn't you go to sleep, Alanna, till I wet your daddy's tay."

I heard Catherine McKinnon sing this, ages and ages ago, on Don Harron's TV show. Harron was known mainly for his braying, hole-y-sweater-wearing, rural alter ego, Charlie Farquarson, a quintessential/stereotypical Canadian long before Bob and Doug came on the scene. He and McKinnon were married, which seemed like a strange match since she was cultivated, gorgeous, and sang beautifully.

The only thing I remembered about this song were:

- the "little marble hall"; and

- "wet your daddy's tay", which I assume means refill his teacup,but which COULD mean other things.

I also assumed the title was My Little Marble Hall, and it wasn't, so it was - well, not exactly hard to find, though it took thirty seconds instead of five. Little Marble Hall didn't work, but when I entered the line about "tay" it took me right to the song, not to mention the sheet music.

The wonders of the internet. 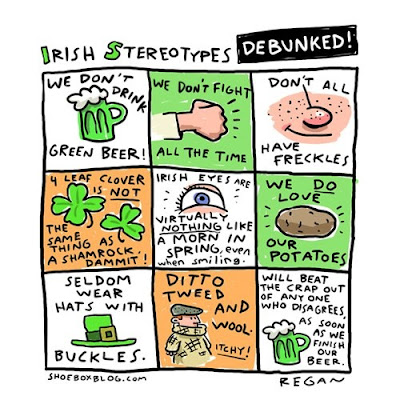 This is deeply Irish, and I must find out more about it. Here I go.

OK, right away I find variations, including a version that really makes a lot better sense in voice. The first version seems to switch back and forth: it's the wife first, speaking of "myself and Paddy Keane", then a sort of weird shift to second person: "you could hear her mammy say", then back to mammy: "wouldn't you go to sleep. . . ", THEN obviously switching to the voice of (we assume) Paddy Keane for the rest of the song as he boasts of his tidy little home, made (most incongruously) of marble. Just calling it a "hall" is strange, but maybe it made sense in old Ireland, or maybe it was originally a different phrase altogether.

Oh, the old turf fire, and the hearth swept clean
There’s no one quite so happy as meself and Mary Keene
With the baby in the cradle, you can hear her mother say
“Won’t you go to sleep, Alana, while I wet your Daddy’s tay”

Now, I’ve got a little house and land, as neat as it can be
You’ll never see the like of it, this side of Moneylea
No piano in the corner, and no pictures on the wall
But I’m happy and contented in my little cottage hall.

In this version, Paddy Keene sings the whole song (referring to "meself and Mary Keene"). The town he names is  Moneylea rather than Knocknacran, so obviously it's worded differently to rhyme and scan. Neither name makes a goddamn bit of sense to me.

And there isn't even a "little marble hall" in this one. It's a mere cottage, which is pretty disappointing. I wanted Paddy and Mary to live in some stonemason's nightmare, with huge slabs of marble hewn from quarries in Kilkenny (or wherever) drug off to Moneylea by shaggy dray horses. Or perhaps made of great collapsing chunks of stone that Michaelangelo had rejected. And "cottage hall" is even more nonsensical than the other one.

Then there are these strange couple of verses I found on various sites that have nothing to do with Mary and Paddy Keene:

Round the old turf fire
Sit the old folk, bent with years
As they watch us trippin' lightly
They're smilin' thro' their tears

The only reference to the couple is "as they watch us trippin' lightly", which is pretty strange. It seems like a paste-up job, something added later. A lot of folk songs have that cobbled-together feel, mainly because they've been passed down and passed down, never heard quite accurately, like that game you play where you whisper a phrase down a line of people and see how much it changes. 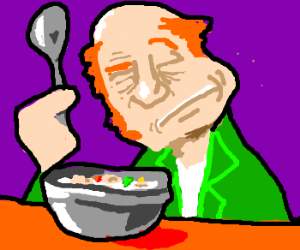 And then there are mondegreens, which I have written about before:

This is a not-half-bad post, unlike some of the old ones which make me shudder. Mondegreens are just words misheard in song lyrics, then repeated and repeated as if they're correct. If you quote the lyric properly, someone will say the wrong one at you. The example that comes to me is "s'cuse me while I kiss this guy".

So I've put a tiny piece back in the mosaic of my listening past. Or something. That "little marble hall" has come back again and again over the years, and a question mark has formed over my head like in those old Felix the Cat cartoons, but then I'd forget about it. I may even have tried to find it on the internet once or twice before. But the internet is an amoeba which doubles in size every few seconds, so if you can't find the information you want, check back in a minute or so and you'll be inundated. 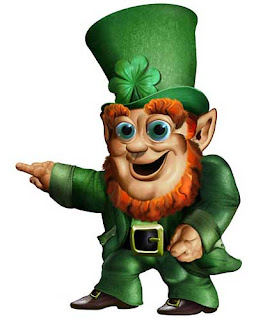 Posted by Margaret Gunning at 1:41 PM No comments:

Pave Paradise: the destruction of Eden


Yesterday I was horrified to find they have ripped up our beloved duck part, our name for the little lake in Coquitlam which we used to walk around several times a week. It is ruined. They had steam shovels tearing up the earth, ungodly loud machinery and thudding noises, mud everywhere, enormous holes in the ground, miles of orange plastic fencing. I was stunned to learn that they’re putting up an “amphitheatre”, the design of which reminds me of Hitler’s Germany, designed with ugly concentric circles of cold cement. It will be enormous and dominate the lake. The “view” will be this towering sterile structure you can't look away from.

Our amateur birding, one of the few free pleasures left in our retirement, is probably over. Yesterday, incredibly, there were loons in the lake, but I was too upset to even appreciate it. The construction noise which never let up for a moment was sickening. No one else seemed concerned, but I suppose most of them live around there (which we don't) and already knew about it. I just can’t even begin to write about how this devastates me. Bill doesn’t even understand and accepts it all blandly, passively, as inevitable. 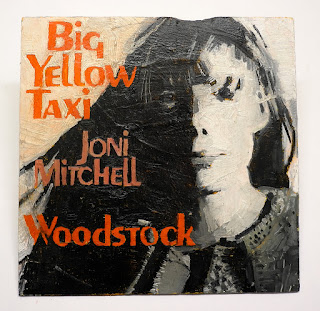 This is an example of “acceptance”, a so-called virtue, NOT protesting something horrible that destroys beauty. (I saw, for once, a good Facebook meme that said "I will no longer accept the things I cannot change. I will change the things I cannot accept." Just try saying this at an AA meeting, and everyone will converge on you afterwards.) This really has wrecked the entire thing for everyone, yet it wasn’t stopped. The amphitheatre will be booming and thrumming all the time with “performances” which likely WILL get rid of all the wildlife. I think I'd go with them.

I can’t even let myself think about this. Not the duck park, not the duck park, not that.  Not after everything else that has been taken away from me, like the lovely New West quay with its funky boutiques and real, non-mall-quality food fair, its creaking boardwalk by the water, now all ripped up, ripped apart and converted into sterile, boring office space - I guess, so the executives will have a nice, picturesque setting to work in. And all the peaceful quiet green places to walk – all destroyed in the name of “progress”. All the humanness, all the haven. Taken away by ROARRRRR, thud thud thud thud, clank clank – and a hideous concrete structure with sterile, uniform concentric circles, design courtesy of Albert Speer. 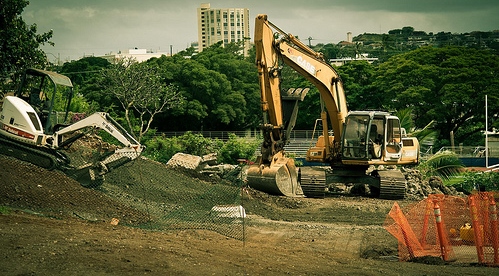 I can see one person at a town council meeting a year from now standing up and saying, “But all the wildlife has deserted the place. There isn’t a single bird left. All the herons, all the turtles, all the ducks and geese and cormorants and loons. . . “ “Oh well, that’s a small price to pay for an exciting new venue! The wildlife can go someplace else.” Or, "Maybe we can put out a few cracker crumbs and lure them back."

I keep thinking Leni Riefenstahl might like to document the beauty of all this. The design couldn’t be more incongruous, oblivious to the lush ecosystem there, which has always teemed with abundant life. EVERYTHING was drawn there, almost magically, a haven right in the middle of urban Coquitlam - and now nothing will be. They will leave, not favoring cement as a good place to rear their young. 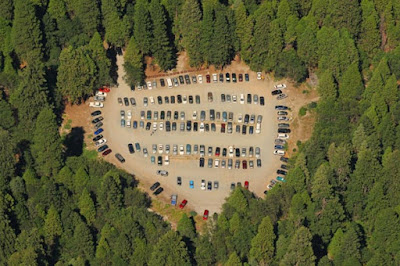 The prevailing sentiment seems to be, look at this nice patch of land, and no one is using it for anything! Never mind that it is smack up against precious green space. And where else are we going to build this thing, now that it has been deemed economically feasible and a much-needed source of revenue?

And the horror of it is: it's true! Every other square centimetre of land has been swallowed up by the new style of condo, "salt box homes" that are tall and skinny and squashed-together. They are hideous, and the three or four stacked-up floors have tiny, boxy rooms joined by stairs. No older/disabled people allowed, and three or four baby gates to keep children safely penned so they can't (shudder!) explore their environment. But hey, isn't one small room enough? Why would a kid want to run around, anyway? 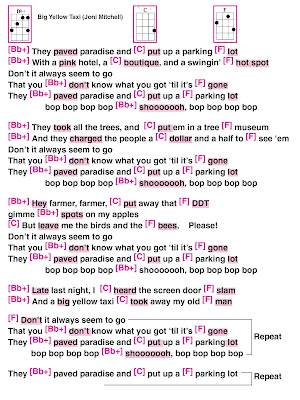 I try not to be sick, but I am sickened and feel a horrible foreboding about all that we’re doing. I don’t think it’s “cute” if wildlife shows up in your back yard. I don’t post “adorable” YouTube videos about it, because these animals have nowhere to go. They fasten on to humans or show up in the yard because they have nowhere to live and nothing left to eat - because THEY HAVE NO HABITAT! We are driving them into a corner, then complaining they’re getting in our way. Shooting them, of course, because "we hate to, but we have no choice”. There is no awareness that one thing is connected to another. These animals should just behave themselves and make do with less. This affects me every day of my life and is a major stress, along with all the horrors of climate change which WE have caused, and the utter escalating insanity in the States. 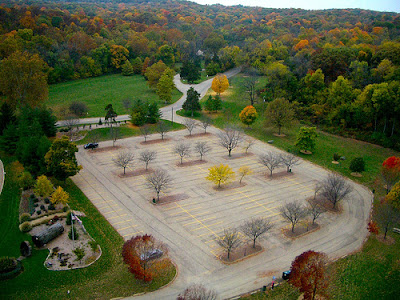 I'm coping once again with the spectre of possible health problems - I lost 35 pounds in four months, when I wasn't dieting and simply lost most of my appetite. Now my shrink, the only doctor I have ever respected in my entire life, tells me my kidney function is seriously out of whack. I need to go in and talk to him about it, and will try not to obsess until then.


Posted by Margaret Gunning at 11:35 AM No comments:

What's the point, anyway? But we can  still make some gifs.

The most perfect ad ever made. I could watch this forever.