Watch this. If you don't go "awwwwwww. . . " at least seven times, you have a heart of stone. This is one of the very few cat videos I've seen that has no superfluous chatter in the background. Just the cats. 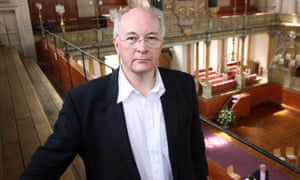 ‘If you are professionally involved in a project you should be paid’ … Philip Pullman. Photograph: Rex/Shutterstock

I resigned as patron of the Oxford literary festival because I couldn’t reconcile it with being president of the Society of Authors, which is campaigning strongly for speakers at literary festivals to be properly paid (to be paid at all, actually).

The OLF has never paid me for any of the events I’ve done during the 20 years of its existence. In the early days, when it was a smaller-scale affair run on a shoestring, local patriotism inclined me to speak for no payment, but later it became much grander, with a large array of corporate sponsors. It gave itself an air of being exclusive and prestigious, with black tie dinners and receptions involving minor members of the royal family. None of that has anything to do with literature, in my view, but everyone to their own taste: it just isn’t mine. 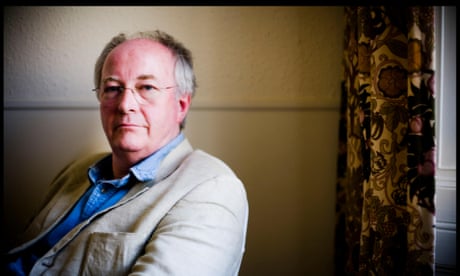 More important was the principle (it seemed to be a principle) of not paying speakers. Simple justice argues that if someone is professionally involved in a project, ie isn’t working as a volunteer, they should be paid. Festivals have to pay cleaners, designers, printers, administrators, publicists, taxi drivers, cooks, waiters, suppliers of marquees and toilets and electricity and food and drink. Only the authors, the very reason anyone buys a ticket in the first place, are expected to do it for nothing. Well, enough is enough.

BLOGGER'S THOUGHTS. I shared this piece on FB, and it's gaining more "likes" and shares than I thought possible. Writers are reluctant to admit they agree with this, because they are afraid it will get around that they're ungrateful to work for nothing. Then they won't be asked back at all, and they'll have less than nothing. The following is a comment I posted on FB in response.

I often get the feeling it's considered in poor taste for writers even to think about money in connection with their work, let alone think about asking for it. They're considered egotists if they desire a readership, as if it's purely mercenary and not the basic need for the storyteller to tell her story to someone who will listen. At the same time, and paradoxically, writers are expected to do well and "sell", so long as they act as if it isn't important to them. In fact, if they DON'T sell it's murmured that they are failures and box office poison and will certainly never get another book deal.

Not only do authors not get paid for appearing at literary festivals, they must pay for their own plane tickets/meals/laccommodation wherever they go. They can end up seriously in the hole. Why must they donate so much of their money and time when the guy who screws in lightbulbs is automatically paid? To say no and/or protest means you're ungracious and unappreciative of the opportunity to have all that "great exposure".

We pay the person who delivers the paper ever morning. Why not pay people who deliver the message?

The world of writing and publishing is crazymaking in the extreme. It reminds me of a dysfunctional family which communicates with muddy/mixed messages, where you can't win because you don't understand the "code" - mainly because it keeps changing and you're constantly kept off-balance.

Posted by Margaret Gunning at 1:25 PM No comments: