All things are made better with cats (especially art)

The paintings 'made better with cats'

Venus of Urbino happily ever after, based on Titian

Ahead of a new exhibition bringing the internet meme into a physical setting, the artist tells the BBC why she first created the artwork and how digital technology is helping to create new art forms.

"I lost my mother in 2008 and she left me Zarathustra. I got horrible depression after her death and for two years I was unable to do something creative. By chance a friend asked me 'why don't you make an art project with your cat because he's so funny'.

"I've had cats before and included them in my work, like playing in theatre shows and I've made costumes for them. But I thought, 'What can I do with Zarathustra, because my mother spoilt him and he's so fat'.

Occupy the Sky, based on Marc Chagall, Over the town


"Zarathustra likes posing and is a really intelligent cat. He likes to lie on his back and make strange faces like he's speaking with somebody, so I began to take photos of him and inserted them into paintings.

"I liked the result so I sent it to some friends, other artists and galleries. Everyone laughed so much, so I made a website, but then forgot about it because I had another project.

"After a few months, another friend saw my cat work in my albums and asked why I had it. I told him it was my cat and he said: 'Your cat is all over the internet!'

Portrait of an Unknown Woman in Russian Costume and a Very Known Cat in a Vet Collar, based on Ivan Argunov


"Now we have special photo sessions with a professional photographer and a team who entertain Zarathustra. But sometimes he's not in the mood and I have to wait months until he agrees to make the right face.

"I see his pose and imagine what painting he can enter, or I find a painting and try to make him play that role of the character I see in the painting.

"Like with the Mona Lisa - in the original photo, Zarathustra was really sinking in my hands on my lap and sliding because he's too big - it makes Mona Lisa look like a modern girl who's taking a selfie with her cat.


"I also now make digital paintings - I use high-resolution digital reproductions of the artworks and insert the cat in the style of the painting.

Then I print them on natural canvas in the size of the original and paint over them with textured gels and oils and match the colours as closely as possible.

Portrait of Catherine II the Legislator in the Temple Devoted to the Cat, based on Dmitry Levitsky


"Sometimes people don't realise it is not the original painting - my friend went to the airport with a gift I gave her of one of the artworks in a museum-style frame and it was very hard for her to prove to customs it wasn't an old painting.

"She tried to explain: 'Do you think an 18th Century painter would really draw cats instead of horses?' She had to scratch it with her nails to show it was printed underneath.

Heroes (Bogatyri), based on Viktor Vasnetsov

Ameri-cat Gothic. I can has cheezburger? Based on Grant Wood's American Gothic


"People usually think art is something they cannot touch, but there is a lot of art in the viral internet world - like internet memes. There is a new trend and generation of artists and critics thinking about it.

"Digital technology gives people the opportunity to make art and museums should be more attentive to it."

"Oh, look at that one": cute cat pictures! 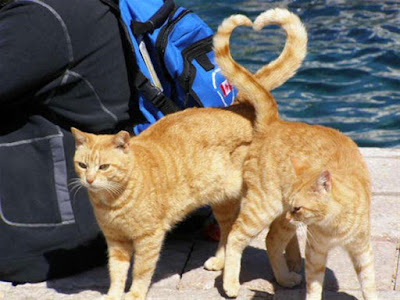 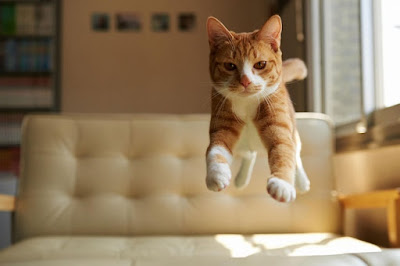 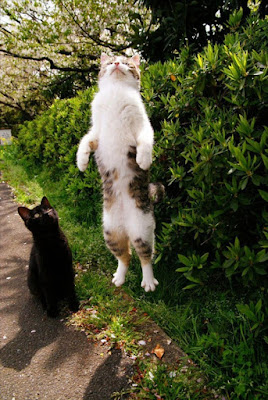 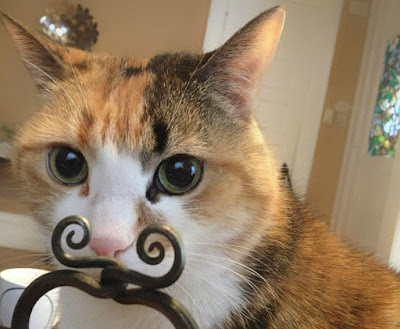 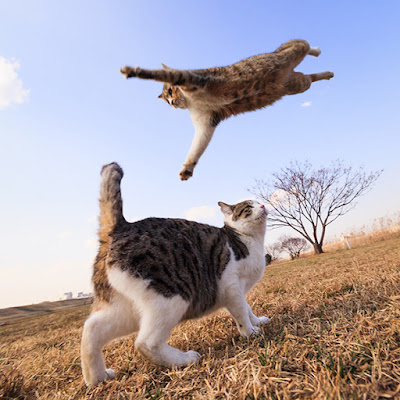 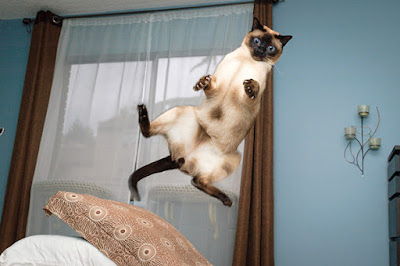 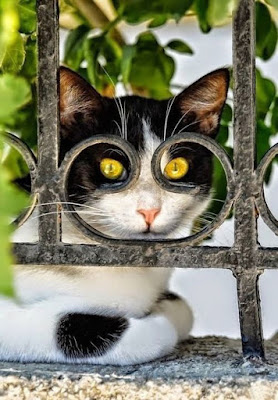 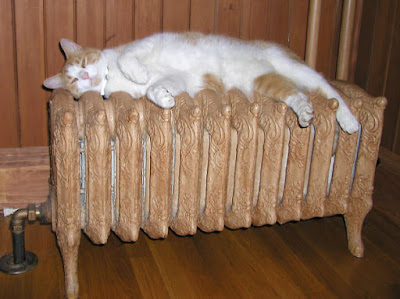 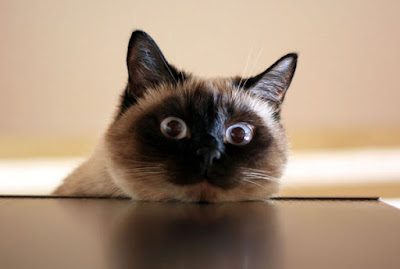 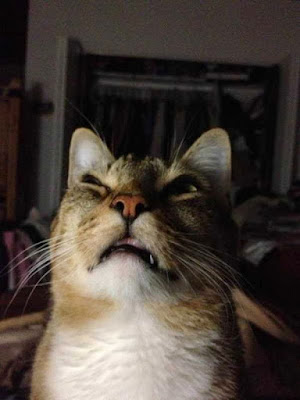 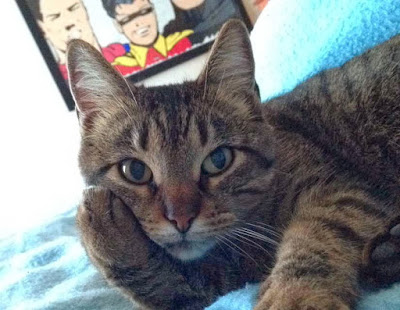 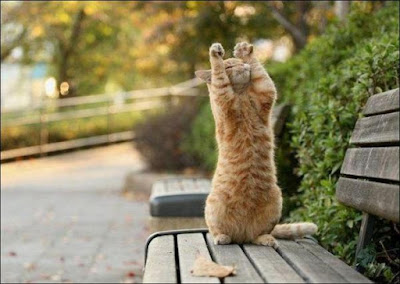 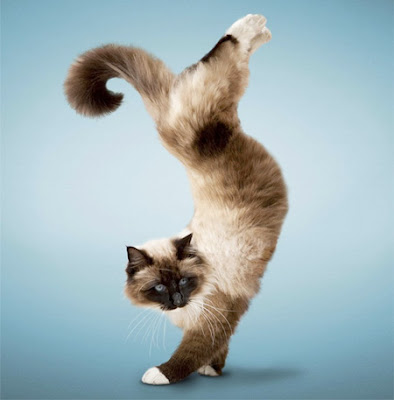 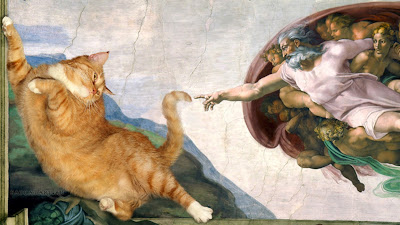 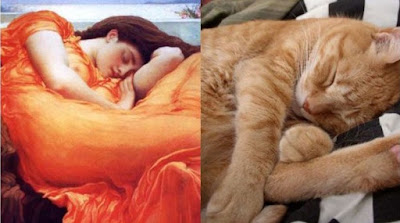 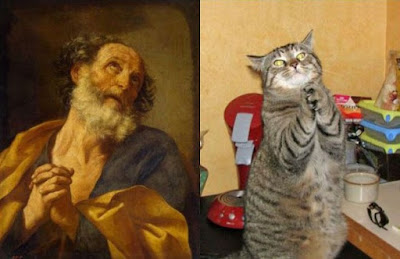 Every blogger's cheapest trick. But they ARE cute, aren't they?

Posted by Margaret Gunning at 4:35 PM No comments:

Bob Dylan quotes: he who's busy being born

There's no black and white, left and right to me any more; there's only up and down and down is very close to the ground. And I'm trying to go up without thinking about anything trivial such as politics. They has got nothing to do with it. I'm thinking about the general people and when they get hurt.
Address to the Emergency Civil Liberties Committee (13 December 1963)

Reporter: How many people who labor in the same musical vineyard in which you toil - how many are protest singers? That is, people who use their music, and use the songs to protest the, uh, social state in which we live today: the matter of war, the matter of crime, or whatever it might be.
Bob Dylan: Um...how many?
Reporter: Yes. How many?
Bob Dylan: Uh, I think there's about, uh...136.
Reporter: You say about 136, or you mean exactly 136?
Bob Dylan: Uh, it's either 136 or 142.
Press conference in Los Angeles, California (17 December 1965), as seen and heard in No Direction Home.

Keep a good head and always carry a light bulb.
Heard in the D. A. Pennebaker documentary Dont Look Back (1967)

God, I'm glad I'm not me.
Said when reading a newspaper article about himself in Dont Look Back (1967)

I think of a hero as someone who understands the degree of responsibility that comes with his freedom.
Interview published with the Biograph album set (1985)

The first two lines, which rhymed 'kiddin' you' and 'didn't you,' just about knocked me out, and later on, when I got to the jugglers and the chrome horse and the princess on the steeple, it all just about got to be too much.
Discussing the song "Like a Rolling Stone" in Rolling Stone magazine (1988)

People today are still living off the table scraps of the sixties. They are still being passed around — the music and the ideas.
The Guardian (13 February 1992)

That ear - I mean, Jesus, he's got to will that to the Smithsonian.
In reference to Brian Wilson, Newsweek (1997)

Because Dickens and Dostoevsky and Woody Guthrie were telling their stories much better than I ever could, I decided to stick to my own mind.
Liner notes, The Bootleg Series Vol. 6: Bob Dylan Live 1964 (2004)

We may not be able to defeat these swine, but we don't have to join them.
As quoted in Kingdom of Fear (2003) by Hunter S. Thompson

The road out would be treacherous, and I didn’t know where it would lead but I followed it anyway. It was a strange world ahead that would unfold, a thunderhead of a world with jagged lightning edges. Many got it wrong and never did get it right. I went straight into it. It was wide open. One thing for sure, not only was it not run by God, but it wasn’t run by the devil either.
Chronicles: Vol. One (2004)

I put one on the turntable and when the needle dropped, I was stunned — didn't know whether I was stoned or straight.
Referring to the first Woody Guthrie record he ever heard, on Chronicles (2004)

Morality has nothing in common with politics.
Chronicles: Vol. One (2004)

I had ambitions to set out and find, like an odyssey or going home somewhere… set out to find… this home that I’d left a while back and couldn’t remember exactly where it was, but I was on my way there. And encountering what I encountered on the way was how I envisioned it all. I didn’t really have any ambition at all. I was born very far from where I’m supposed to be, and so, I’m on my way home, you know?
No Direction Home (2005)

He's a pinboy. He also wears suspenders. He's a real person. You know him, but not by that name... I saw him come into the room one night and he looked like a camel. He proceeded to put his eyes in his pocket. I asked this guy who he was and he said, "That's Mr. Jones." Then I asked this cat, "Doesn't he do anything but put his eyes in his pocket?" And he told me, "He puts his nose on the ground." It's all there, it's a true story.
When asked about the meaning of the song "Ballad of a Thin Man" during a 1965 interview.

I don't call myself a poet, because I don't like the word.
Said at a press conference, as seen in the Martin Scorsese documentary No Direction Home

I don't believe you! You're a liar! … Play it fucking loud!
Dylan's response to the shout of "Judas" by a heckler, followed by his instructions to his band over the count-in to "Like A Rolling Stone." Heard on The Bootleg Series Vol. 4: Bob Dylan Live 1966

I read On the Road in maybe 1959. It changed my life like it changed everyone else's.
On the influence of Jack Kerouac on him, as quoted Grasping for the Wind : The Search for Meaning in the 20th Century (2001) by John W. Whitehead

Someone handed me Mexico City Blues in St. Paul [Minnesota] in 1959 and it blew my mind. It was the first poetry that spoke my own language.
On the influence of Jack Kerouac, as quoted in Jack Kerouac (2007) by Alison Behnke, p. 100

It’s not a character like in a book or a movie. He’s not a bus driver. He doesn’t drive a forklift. He’s not a serial killer. It’s me who’s singing that, plain and simple. We shouldn’t confuse singers and performers with actors. Actors will say, “My character this, and my character that.” Like beating a dead horse. Who cares about the character? Just get up and act. You don’t have to explain it to me.
. Bob Dylan, interview with Bill Flanagan. telegraph.co.uk (13 Apr 2009)

It's peculiar and unnerving in a way to see so many young people walking around with cellphones and iPods in their ears and so wrapped up in media and video games. It robs them of their self-identity. It's a shame to see them so tuned out to real life. Of course they are free to do that, as if that's got anything to do with freedom. The cost of liberty is high, and young people should understand that before they start spending their life with all those gadgets.
Rolling Stone #1078 (14 May 2009), p. 45

Posted by Margaret Gunning at 1:34 PM No comments: