An armed, self-styled militia group has been occupying a federal wildlife refuge in Oregon since Saturday night. Calling themselves the Citizens for Constitutional Freedom, the group is led by sons of Cliven Bundy, a Nevada rancher who has engaged previously in armed standoffs with the federal government. 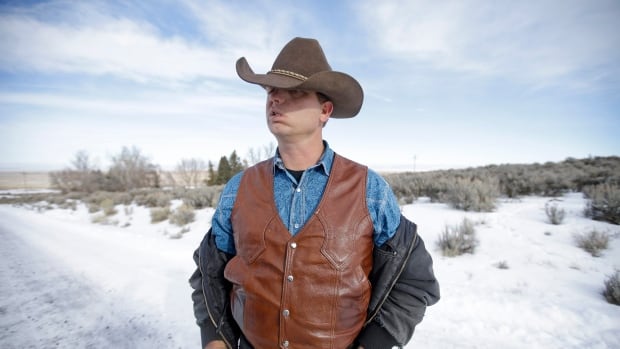 Ryan Bundy, one of the sons of Nevada rancher Cliven Bundy, speaks with a reporter at Malheur National Wildlife Refuge on Wednesday, Jan. 6, 2016, near Burns, Ore. With the takeover entering its fourth day Wednesday, authorities had not removed the group of roughly 20 people from the Malheur National Wildlife Refuge in eastern Oregon's high desert country. (Rick Bowmer/Associated Press)

These news items blur the line between satire and psychosis. There is no doubt in my mind we're witnessing history here. That is what moved me to make the very first, and very likely ONLY, Citizens for Constitutional Freedom Blingee!


Others have discovered an even more powerful means of honouring this well-nigh-impossible-to-believe historic standoff: Bundy homoerotic fanfic! 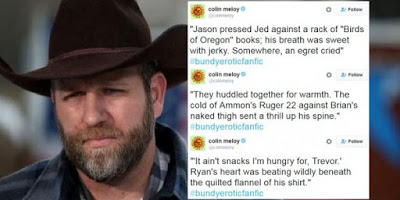 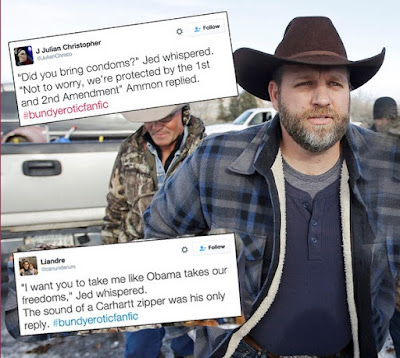 So this one, I hope, addresses those former deficiencies, and augments the bird-sanctuary ambience of the standoff. That slow-flying dove had better watch its feathery little back. Surely it's a spy for Obama! Such corrupt Democratic symbols won't be tolerated on sacred American ground.

Posted by Margaret Gunning at 11:35 PM No comments: 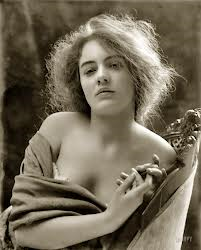 You wouldn't normally associate E. L. Doctorow's classic novel Ragtime (profusely adapted for both stage and screen) with eroticism. Would you? I don't know. Maybe. When I first read it, whenever that was (and you can tell something by the way the pages of my paperback copy have turned not yellow, but brown), a certain passage stuck in my head. So did a few others, and all of them had to do with sex.

Not that Doctorow is a pornographer or even an especially sensual writer, though he does have his moments. His strength is describing what's right in front of him, and I seldom feel his characters' hearts beating. But once in a while. . . 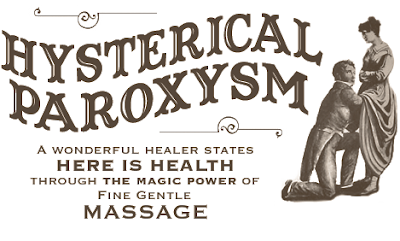 Doctorow is a notorious name-dropper in this thing and keeps on referring to the movers and shakers of the day, people like Henry Ford, Harry Houdini, Admiral Peary, and - most notably - two women, famous or even infamous for very different reasons. I don't know much about Emma Goldman except that she was an anarchist and a rabble-rouser, and had a face like a rail fence. Evelyn Nesbit was considered a scarlet woman and spent her evenings sitting around on a red velvet swing while men looked her up, or is it the other way around?

I won't even try to navigate the ambitions of this book, because they are just so extreme. A novel is always a reduction of reality, but reducing this gigantic sprawl of history to any sort of pages is pretty remarkable, that is, without freeze-drying and removing all the juices in the process.

This passage has juices. It's just the kind of scene that my mind wanders to when.  . . oh hell, who has sexual fantasies at my age anyway? Life is full of surprises. I thought things would sort of dry up at menopause, but instead, wow, wowsa, wowsy, wow-wow-wow-wow! 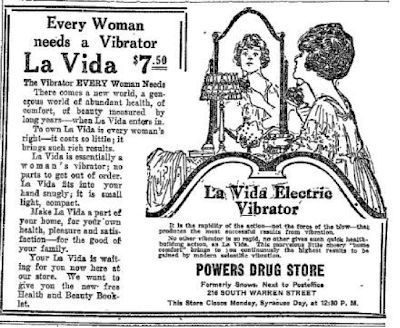 I love costume dramas, the ones that go on in my head I mean, and I love Victorian and Edwardian scenes because the women's gowns are just ravishing, making practically anyone look graceful and beautiful, and are at the same time mortal prisons. It appeals to my innate sense of masochism. But wouldn't all those layers be perversely exciting? A man might have to take a course of study to undress his wife on his wedding night (and by the way, have you ever thought of this? In the past, a good many people, both men and women, knew nothing at all about the sex act when they married. And yet, they had these huge families. They must've figured it out, but how good was it? I mean, for her? Oh Jesus, just read the excerpt!) 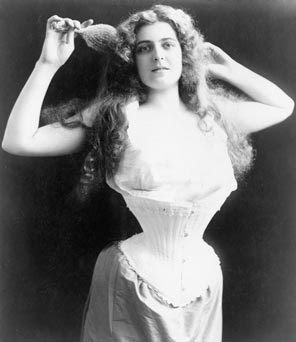 Though it's not likely they ever met, Doctorow has fun with an erotically-charged encounter between Emma Goldman and Evelyn Nesbit. Writers can move the chess-pieces around any way they want, and manipulate their women figures like so many helpless dolls. One wonders if the author reacted anything like Mother's Younger Brother. 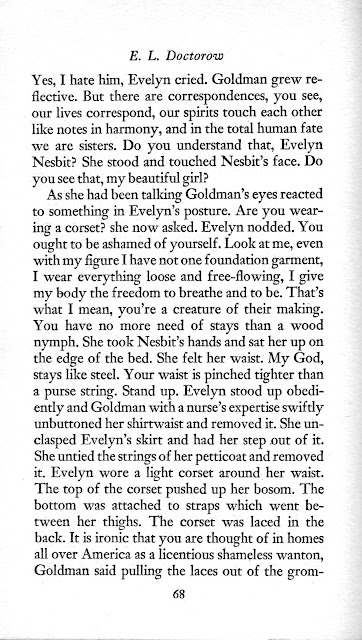 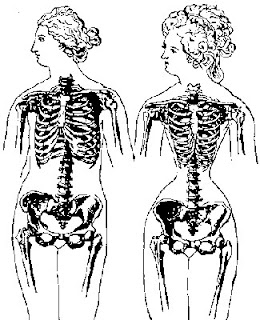 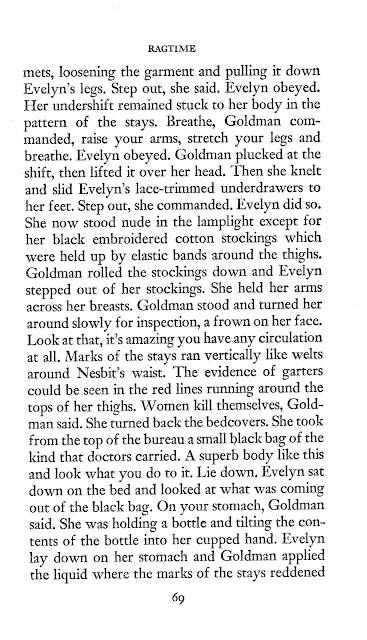 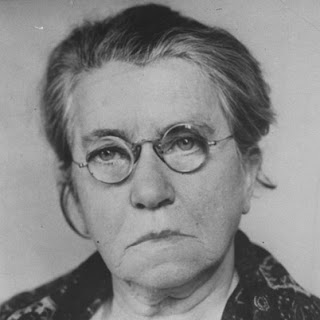 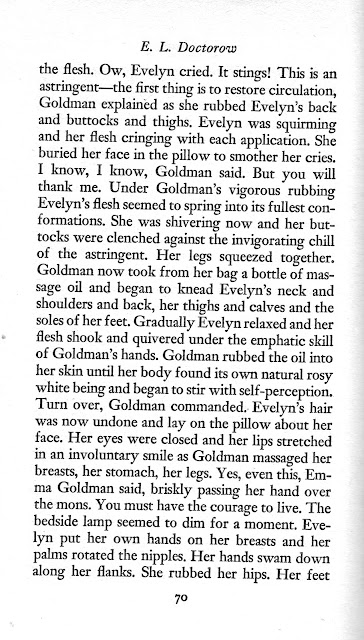 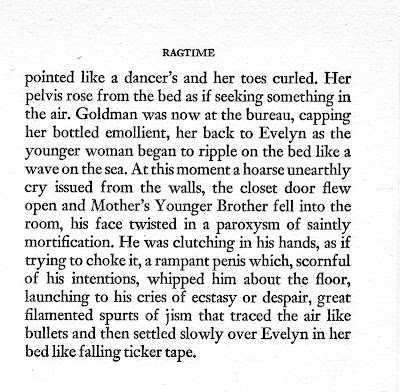