You think this is bad.

You think this might be VERY bad. You're wrong.

It is an abomination.

It is a cheesy '70s mess, not even a parody but a bloody hash featuring characters from the movie involved in utterly ludicrous situations. Yes: all the main Star Wars characters are here, Luke Skywalker, Han Solo, R2D2, even Darth Vader and (shudder) Princess Leia, and they are all played by the original actors, so they must have either been willing to do this, or were contractually obliged.

Try to imagine the worst music video you ever saw, because every once in a while one of the Wookies (and most of the characters are Wookies making that abysmal sound) looks into a primitive pre-Commodore 64 computer screen and "someone" (in one case, Diahann Carroll) bursts into song. Carroll is dressed provocatively and purrs and croons at the Wooky patriarch, supposedly to turn him on..

Harvey Korman in drag as a cooking show hostess, making some bleeding meat dish a la Julia Child. Art Carney, looking like he's not sure what he is doing there, just bumbling around and ad libbing because they didn't bother with a script. More Wookies. And. . . choke. . . Bea Arthur, who always strikes me as being in drag, even though she's a woman. 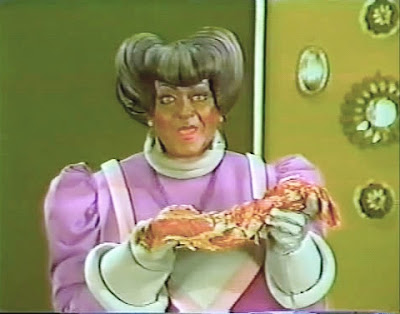 But it's worse than that. (He's dead, Jim!) This show is dead, but somehow it has been resurrected. It was shown just once in 1978, pre-empting Wonder Woman and The Incredible Hulk. This was a blatant attempt to keep Star Wars in the public consciousness between the wildly popular original movie and the release of the sequel, probably made back-to-back, The Empire Strikes Back.

They didn't need this show. In fact, it amazes me anyone WENT to The Empire Strikes Back after this. Perhaps amnesia was somehow subliminally encoded in the thing.  George Lucas must have signed off on it, legally I mean, and allowed it to be broadcast, although now he feels suicidal whenever he thinks of it.

And now, here it is on YouTube in its entirety, including a cartoon so atrocious it makes Rocket Robin Hood look like Fantasia. By the end of it, you will long for The Adventures of Clutch Cargo and his Pals, Spinner and Paddlefoot.

Holiday warning. Don't watch all of this. Skip through it. I'd provide a list of highlights, except that there aren't any. I hadn't even heard of this before I saw something on Facebook about it, and my first reaction was, "It can't really be that bad."

It really really is that bad. There are various compilations on YouTube, but they really don't get to the "good" parts. Just watch it in snatches until you feel the need to run to a 97th-floor window.

How many times can you say "whaaaaaaaaat?" in an hour and a half?

Posted by Margaret Gunning at 11:52 PM No comments:

Every year it's the same. (No it isn't, because this is only the second year I've done this.) Nowhere do you find creepier Santa images than in old kiddie shows, cartoons, puppet shows and the like.  Santa at his worst can be nearly as disturbing as a ventriloquist's dummy, or, worse, a clown.

In this one, I get an uncomfortable feeling from what Santa is doing under the bedclothes. And that narcissistic glance in the mirror just won't do. You'd think Santa was on Facebook or something.

Is this Black Peter? No, it's Santa in blackface, shaking himself down like a dog. The grimy ashes on the floor might be a pain to sweep up on Christmas morning. Myself, if I found footprints all over my living room floor, I'd be worried.

A butt joke. Rubbing your butt in front of the kiddies might not play well nowadays.

One does wonder why Santa laughs so much. At least, THIS Santa.

And this Santa looks like he might've gotten into the eggnog.

This one is from an extremely bizarre puppet show in which a cat with huge glassy eyes pretends to be Santa. Or trades places with Santa, at least. Santa pretenders are allowed here, since so many people dress up like him anyway. Though not many are cat marionettes.

Here, an evil-looking Santa meets his doppelganger, Santa Cat. The dog in between them is obviously trying to keep them apart.

The trouble with marionettes, I've found, is that they can't keep still. Because they're on strings, they bob around and shudder like Parkinson's patients. Adds yet another dimension to the creepiness.

True evil. So much for the "right jolly old elf". I haven't seen eyes like that since The Exorcist.

There has been a movement afoot to remove all images of pipe smoking from Santa pictures. Obviously they didn't give a fuck back then . (Oops, just slipped out.) The exact quote: "The stump of a pipe he held tight in his teeth,/And the smoke, it encircled his head like a wreath." Here he is so wreathed in smoke that you can barely see the old blighter.

Papa in his kerchief or whatever-it-is - nightcap, I guess - is so terrified by this intruder that he ducks behind a chair. Santa appears to be having some sort of seizure. And how does he carry loose toys like that? Where is his sack? "A bundle of toys he had flung on his back,/And he looked like a pedler just opening his pack." Forgot the pack, I guess. Or do all of them contain electromagnets so that they can't come apart? Will he leave an enormous fused wad of toys sitting under the tree?

Oh, but he can dance! Or is he conducting some invisible orchestra? The dog is apparently not too impressed.

All right, enough of that shit. Let's get down to the REALLY Kreepy Kringles. Santa with that innocent little boy squicks me majorly.

I call this Third Reich Santa. Here he seems to be extolling the virtues of the Master Race. There is a certain swagger, even a nastiness to this Santa. It's that wagging beard that does it, I think. "Deuschland! Deuschland uber alles!"

This Santa is creepy mainly because the movie is about a million years old - around 1898, in fact. In spite of people's insistence that all of Santa's accoutrementes were invented by the Coca Cola Company in the 1930s, this guy is pretty much decked out like a conventional Santa. He's pretty thin, but things are tough all over, and most Santas now rely on padding. No one can tell what colour his robe is. I like the fact that he totes around a Christmas tree (?), and that supernatural touch at the end.

But here we have it. The. Creepiest. Santa. Or, at least the creepiest one I've found to date. It's from a stop-motion short called Hard Rock, Coco and Joe. I thought hard rock was a form of music, or a cafe of some kind, but - . Still, I have no doubt at all that this Santa is creepy enough to win the 2015 Creepy Santa Smackdown.

I think he won last year, too. Haven't made too many Christmas gifs lately.

HONORABLE MENTION!  I just keep finding these things, usually late at night when I'm in a kind of surreal  state. And this, believe me, is surreal. It's done with a form of animation which I really wish had never been invented. It took me many years to warm up to stop-motion, but this is way worse: it's a sort of stretch-face-motion. I've seen similar videos of Dylan Thomas and Edgar Allan Poe reading various things, and this one is The Night Before Christmas. It goes on and on. Much effort has gone into making it look "old". This guy would have won, except he just isn't very Christmassy.

Posted by Margaret Gunning at 12:47 PM No comments: 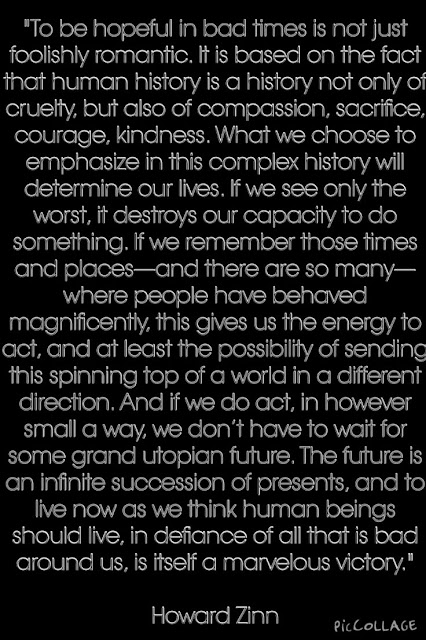 Posted by Margaret Gunning at 10:46 AM No comments: