A fact a day: or, semen in espionage 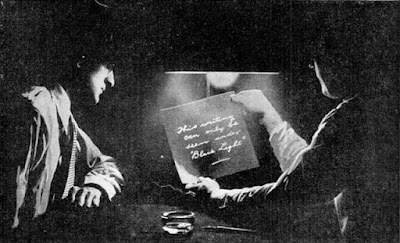 When the British Secret Intelligence Service discovered that semen made a good invisible ink, Sir George Mansfield Smith-Cumming noted of his agents that "Every man (is) his own stylo".[37] 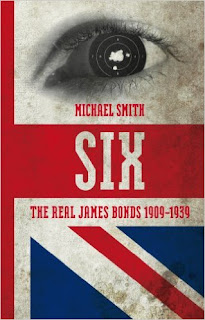 The book Six: The Real James Bonds 1909-1939 by Michael Smith includes an excerpt about the semen ink method from a letter by one of Cumming's officers, Frank Stagg:

"Secret inks were our stock in trade and all were anxious to obtain some which came from a natural source of supply. I shall never forget [Captain Cumming's] delight when the Chief Censor [Frank] Worthington came one day with the announcement that one of his staff had found out that semen would not respond to iodine vapour and told the man that he had had to remove the discoverer from the office immediately as his colleagues were making life intolerable by accusations of masturbation. The Old Man at once asked Coney Hatch [lunatic asylum] to send female equivalent for testing and the slogan went round the office — every man his own stylo. We thought we had solved the problem. Then our man in Copenhagen, Major [Richard] Holme, evidently stocked it in a bottle, for his letters stank to high heaven and we had to tell him that a fresh operation was necessary for each letter." 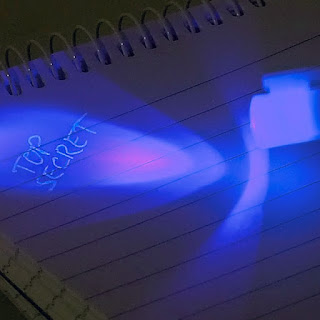 Email ThisBlogThis!Share to TwitterShare to FacebookShare to Pinterest
Labels: a fact a day, semen in espionage

Do ya know what I'm thinkin' about?

On a flight from Chicago to Pittsburgh, while on approach, the aircraft went into a sudden nose dive and crashed into a wooded ravine 6 miles northwest of the airport. The accident was caused by a loss of control of the aircraft resulting from the movement of the rudder surface to its blowdown limit or an uncommanded rudder reversal. The rudder surface deflected in a direction opposite to that commanded by the pilots as a result of a jam of the main rudder PCU servo valve secondary slide to the servo valve housing offset from its neutral position and overtravel of the primary slide. All 132 aboard were killed.

CAM-3: They didn't give us connecting flight information or anything. Do you know what gate we're coming into?

CAM-3: Do ya know what I'm thinkin' about? Pretzels.

CAM-1: I could use a glass of somethin', whatever's open, water, uh, water, a juice?

CAM-3: Okey-dokey. Do you want me to make you my special fruity juice cocktail?

CAM-1: I may have misunderstood him.
Pittsburgh Approach asks Flight 427 to turn left heading 100.

CAM-2: That is different. Be real good with some dark rum in it.

CAM-1: What runway did he say?

CAM-1: There's little grapefruit in it?

CAM-3: Yeah. You saw that from the color.

CAM-3: And I guess you could do with Sprite. Probably be a little be

CAM-2: Yeah. I guess we ought to do a preliminary.
Pre-landing checks take place; Approach requests a left turn heading 140, and speed reduction to 190kts.

CAM-2: Oops. I didn't kiss 'em goodbye. What was the temperature? Remember?

PA: Seatbelts and remain seated for the duration of the flight.

PA: Folks, from the flight deck, we should be on the ground in about ten more minutes. Uh, sunny skies, a little hazy. Temperature ... temperature's, ah, 75 degrees. Wind's out of the west around ten miles per hour. Certainly 'ppreciate you choosing USAir for your travel needs this evening. Hope you enjoyed the flight. Hope you come back and travel with us again. This time we'd like to ask our Flight Attendants please prepare the cabin for arrival. Ask you to check the security of your seatbelts. Thank you.

CAM-1: Boy, they always slow you up so bad here.

RDO-1: We're looking for the traffic, turning to one zero zero, USAir 427.

CAM-3: [Sound of thump; sound like 'clickety-click'; again the thumping sound, but quieter than before]

Back to Last Words

Posted by Margaret Gunning at 10:05 PM No comments: