There's a word for that 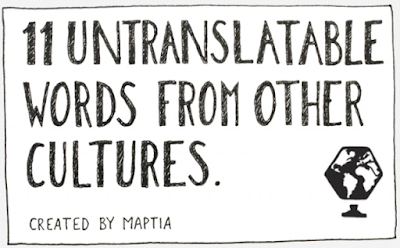 Since a non-updated blog is worse than a neglected lawn, here is something that is doing the rounds. No one can ever accuse me of stealing anything, ever again, because everything is everywhere, especially on the completely useless Pinterest which does NOT give you links to that cute knitting pattern that you crave so much.

It just shows you what the things are. There. Look. Done. 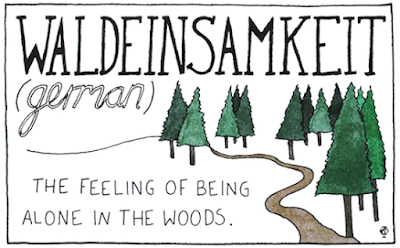 This sounds a bit like something you'd say after a sneeze (and by the way, I HATE "bless you" because it is not only useless, it is prissy, antiquated and implies that sneezing is so Satanic that we have to say a little incantation over it, to which you are supposed to/HAVE to reply, "thank you," even if you hate the custom like worms.) 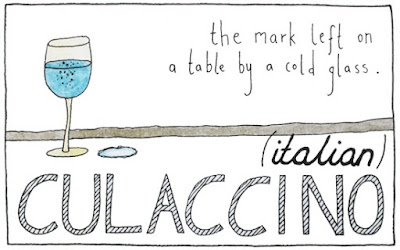 I have a lot of these. By the way, have you ever noticed how useless coasters are? All the water from condensation pools up on them, then when you pick your glass up (unsticking it from the coaster first), the accumulation dribbles wetly down your front. I have designed my own coasters made of felt glued to cork, various fabrics, and even hollowed-out sponge that fastens to the bottom of the glass. No one seems to want these. 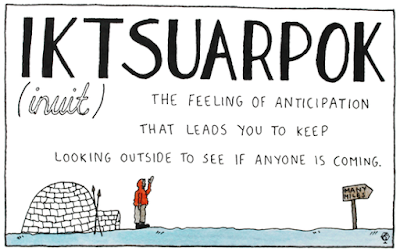 Oh yes, we all know this one but never coined a word for it. Happens at least once a week around here, when two of the grandgirls, the blondie Scandinavian-looking ones, drop by. By the way, where did such white-blonde hair come from in our family system? Their mother is a dark brunette, and any blondeness in the rest of the family is of the dirty/darkened variety. How far back does this stuff go? 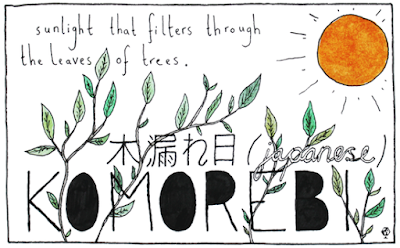 GLORY be to God for dappled things
For skies of couple-colour as a brinded cow;
For rose-moles all in stipple upon trout that swim;
Fresh-firecoal chestnut-falls; finches’ wings. . . 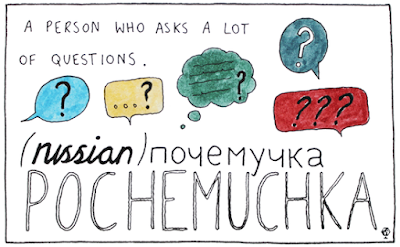 I think this is a nice way of saying "rude annoying none-o'-yer-bizness" types. What's it to you? Why do you want to know? You Pochemuchka. 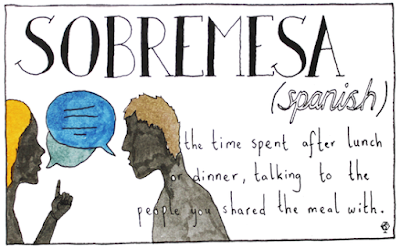 That's always the sweetest part, isn't it? The dessert after the dessert. That time when you're just not quite ready to break up the party. That little conversation in the parking lot of the restaurant that doesn't quite want to end. 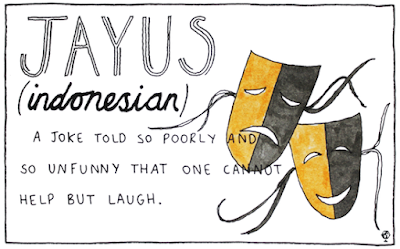 This isn't quite the same as "Jayzus!!", but conveys a similar sentiment as you listen, for perhaps the 14th time, to a good joke told very badly. Even worse than that is the fake, polite way people laugh at it, because you're supposed to laugh at a joke. Next time you're at a social function, count the laughs. At the end of the evening, do a tally: how many were genuine laughs, and how many were fake, social ha-ha-ha-ha-has? 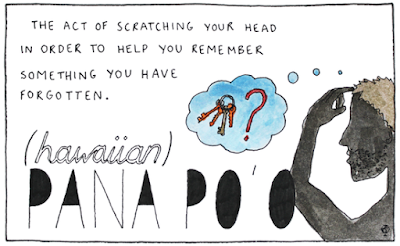 I would do anything in Hawaiian, even scratch my head to remember something. I love the place, love the soft embrace of the air and the way you can go about in a bathing suit with jiggling legs and a jiggling fanny, and nobody cares. 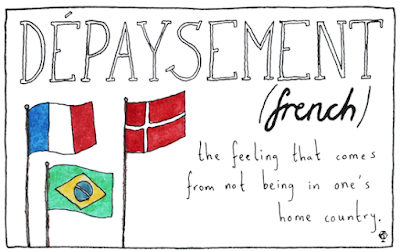 I had this in the States once, and couldn't wait to get out of there. We have so much bad press/bad vibes piped our way from news items and the popular culture that it's easy to believe they're all a bunch of pistol-packin' yahoos. It's a distortion created in part by the American press, ironically, though Canadians do their share of high-horsitude about it all, as if we're not also rotten with petty crime and gang wars.  But I think  that, in a manner of speaking, the good folk in the United States generally trump the bad. 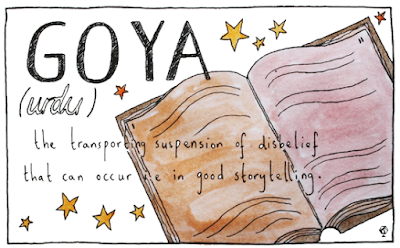 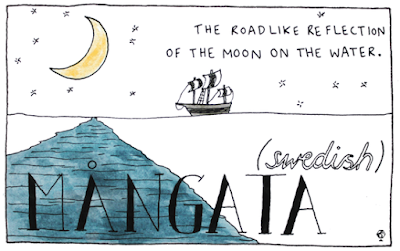 Never thought it was roadlike, more moonlike, but it does move around a lot, doesn't it?

Posted by Margaret Gunning at 2:04 PM No comments: