Posted by Margaret Gunning at 8:25 PM No comments:

Objectum Sexuality: I want it, OH I want it 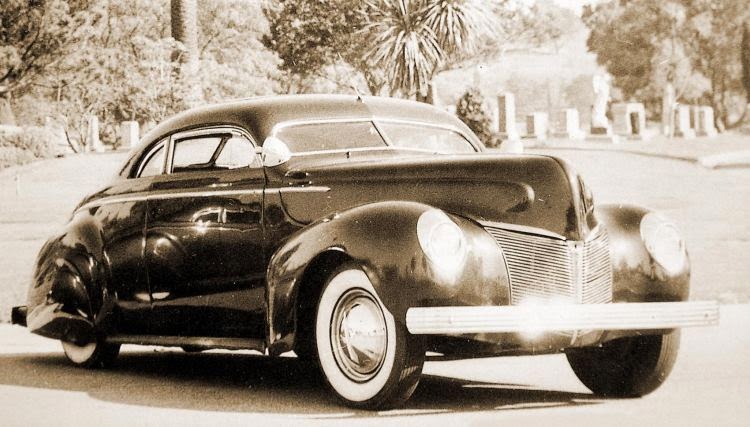 It took the last post to make me realize how much of this blog is about "old stuff".
It just is.

Blogs are supposed to have themes (?), so maybe mine does now, as much as it ever will.
(Sayyyyyy. . . that's really swell!)

Things were browner then, and somehow more dreamlike. 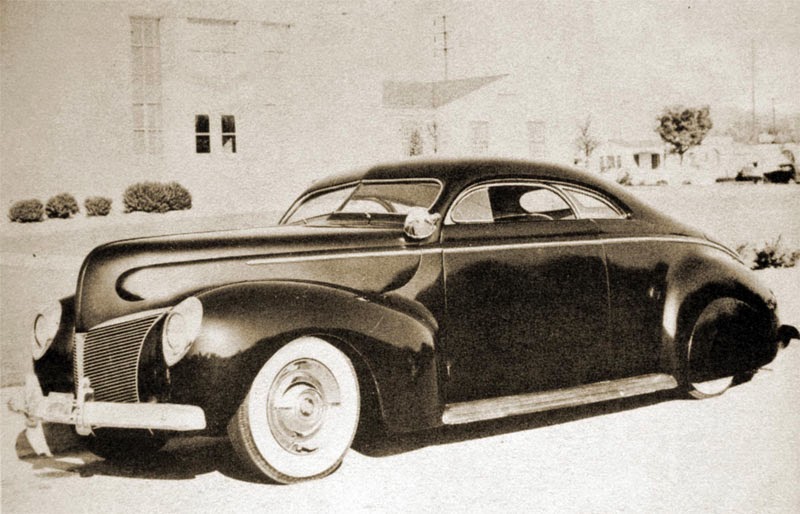 My favorite thing about them is the rear wheels. Why did they cover them like that? They had little disclike things that must have flipped up to service the tires. Some of these are so extreme that the car seems to be sinking into the ground.

If you look at this dispassionately, which frankly I can't, you see a gorgeous galleon of a thing, insurmountable, its bulbousness both male and female, jutting like the shoulders of certain military men, all out of proportion but devastatingly beautiful. 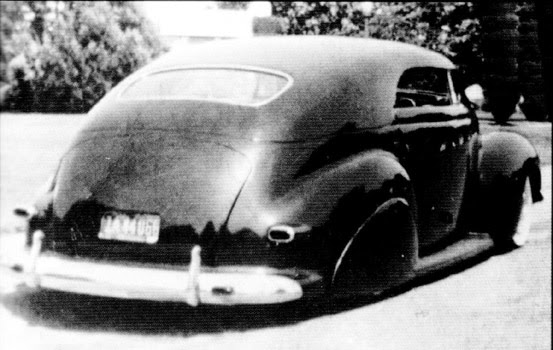 This one is all haunch, but still with those mysterious wheel covers. Looks a little bit like a Volkswagen bug from the '60s. Who owned this thing, what was his/her life like, what did they like to eat? Everyone has a story. 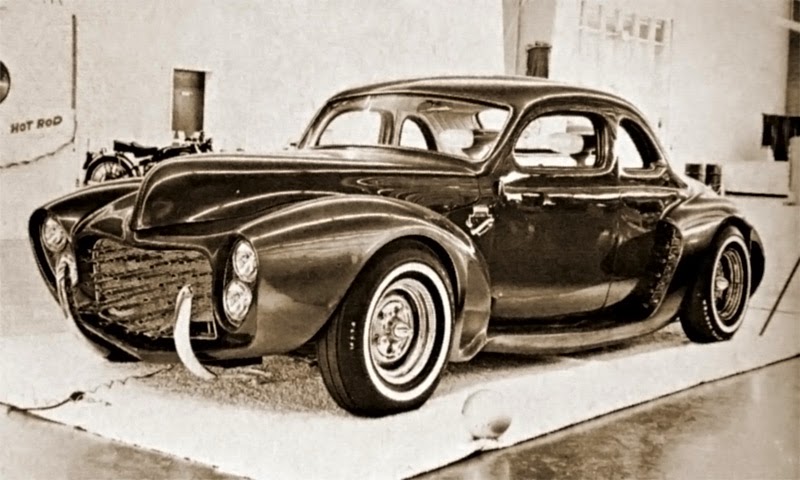 This one is some sort of roadster, very sporty, but still with those ridiculous luscious curves and the jutting nose. Also the vestiges of a running board, which carried on well into the decade. Not sure of the year, but surely it's 1940s. 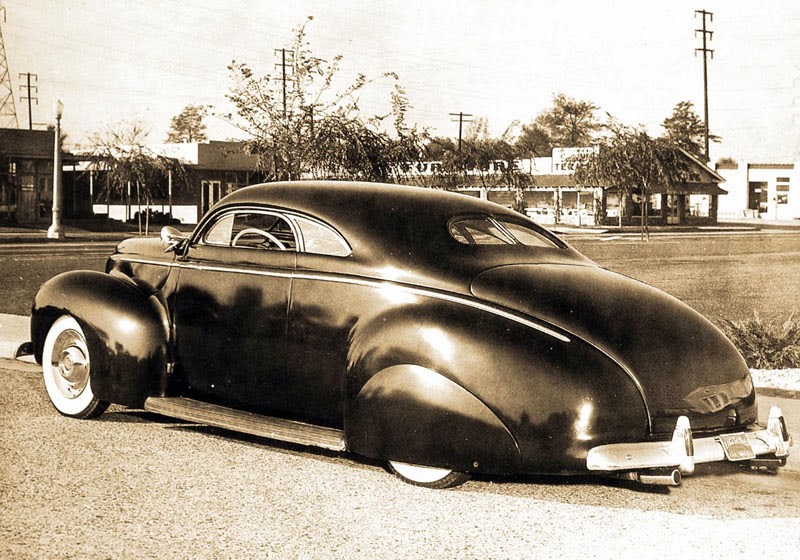 Surely these are animals. They seem alive. Their smoothness makes me want to wrap myself around them, feel the heat and the hum. The tensed haunch seems ready to spring the vehicle straight into the air. 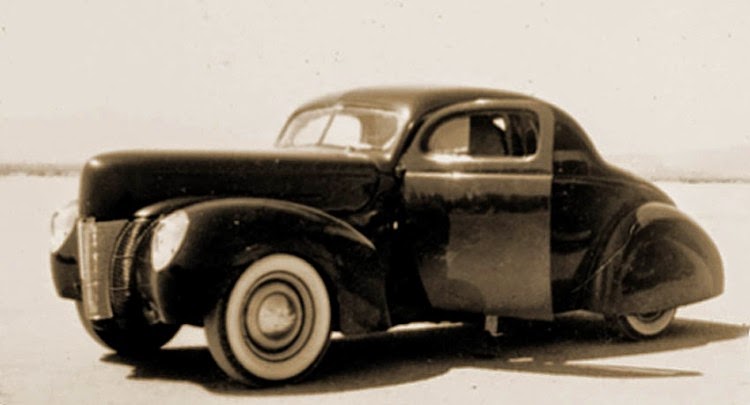 This one is all nose, ugly really, but interesting for the exaggerated nature of it, the cartoonishness. And still, the covered wheels. I am not sure how long this quirk lasted. (Come to think of it, this DOES look like a toy car. Maybe it came with a toy man.) 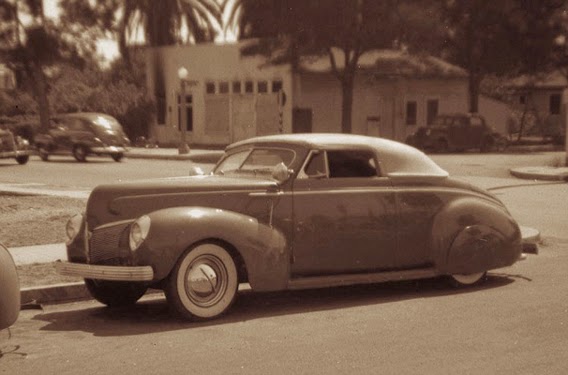 And this, one of the most beautiful photos of a car I've ever seen, for it bespeaks Hollywood in the '40s. It's not faked like so many of these sepia poses, as the background vehicles are period-accurate. That caramel tone is irresistible. I want it, oh I want it. 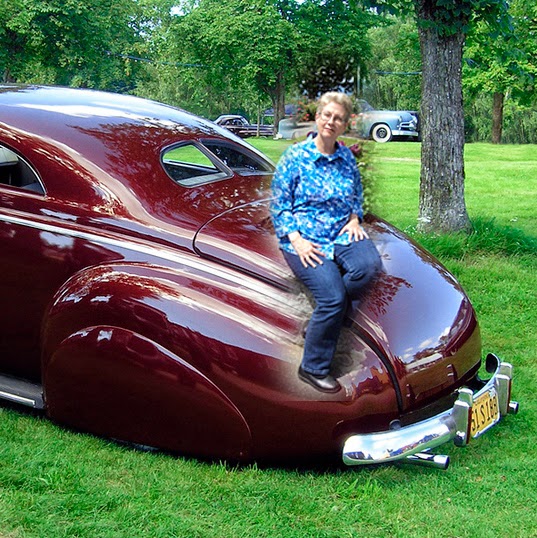 I don't think what I "have" is this, since I have barely ever seen one of these 1940s monsters, nor have I ridden in one. But I'd be in ecstasy if I did. I will never forget that cream-and-aubergine dream that I glimpsed maybe 12 years ago, that moment. It wasn't just admiration or love, it was a jones. I won't go on the show cuz my addiction isn't colorful enough: if I owned one of these beauties, it might be another story.

It's a definite disorder, this I know, for Wikipedia tells me so: Objectum Sexuality, also called OS or "fetishism", but that term has gone out of style cuz it doesn't have "disorder" on the end of it, or initials that sound good on talk shows.

In March 2012, British citizen Amanda Liberty gave an interview to the Daily Mail newspaper (complete with photos) regarding her romantic feelings for the Statue of Liberty. Liberty said:

'She is my long-distance lover and I am blown away by how stunning she is. Other people might be shocked to think I can have romantic feelings for an object, but I am not the same as them.'

In the same month, 40 year old Reighner Deleighnie was interviewed by the Daily Mail newspaper regarding her romantic relationship with a three-foot marble statue of the Greek God Adonis that she bought for £395, and which she had nicknamed "Hans". A later example involved Val Theroux, a 64 year old Canadian woman who flew thousands of miles from Kamloops to the UK every year to see an Oak tree which she had fallen in love with.During the summer of 2012, Babylonia Aivaz, a Seattle woman, married a 107 year old warehouse, however, this particular relationship is not being described as object sexuality, due to the political protest nature of her marriage demonstration.

Erika Eiffel, who adopted her surname after a 2007 "marriage" to the Eiffel Tower, founded OS Internationale, an educational website and international online community for those identifying or researching the condition to love objects.

Posted by Margaret Gunning at 4:14 PM No comments: