Whose idea was this? 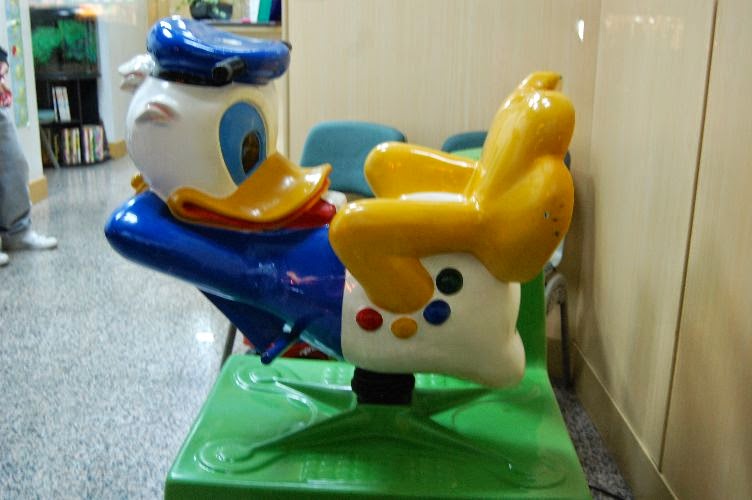 It has long been my belief that most things in this world are very badly designed. The designer just does not think it through. Never has there been a better example than this Donald Duck kiddie ride. 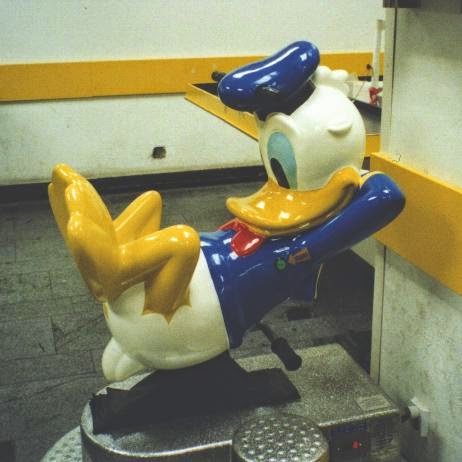 You may be getting the idea by now. Perhaps the idea was that the kiddie would sit in Donald's lap (if ducks can be said to have a lap). But that's just not how it worked out. 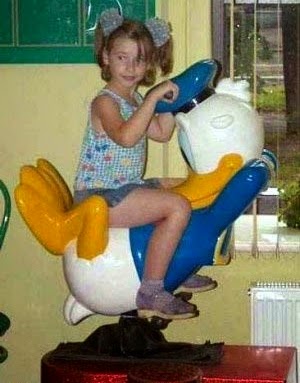 Donald's view seems a little - inappropriate. I just don't know how to describe it, but perhaps I don't have to. It's just so. . . wrong. 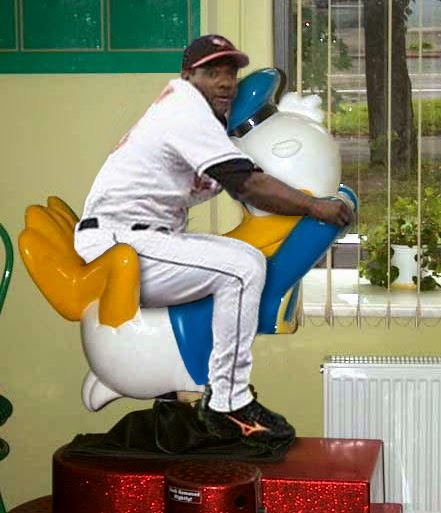 I couldn't find much information on the provenance of this thing. Surely it couldn't have been in an amusement park. The background looks more like an office of some kind. The ride having gained some notoriety, it wasn't long until adults had to try it out. 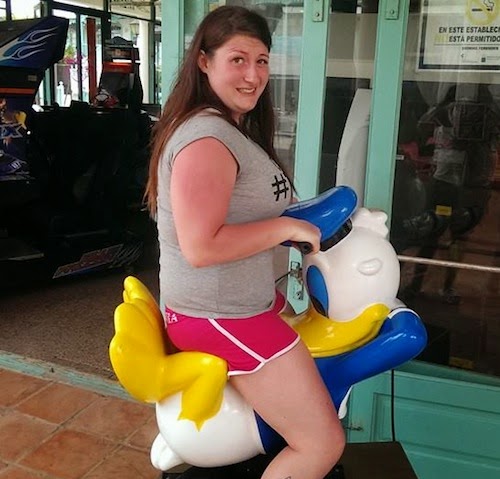 THIS is a proper Donald Duck kiddie ride. Really. I think there should be a law about this. 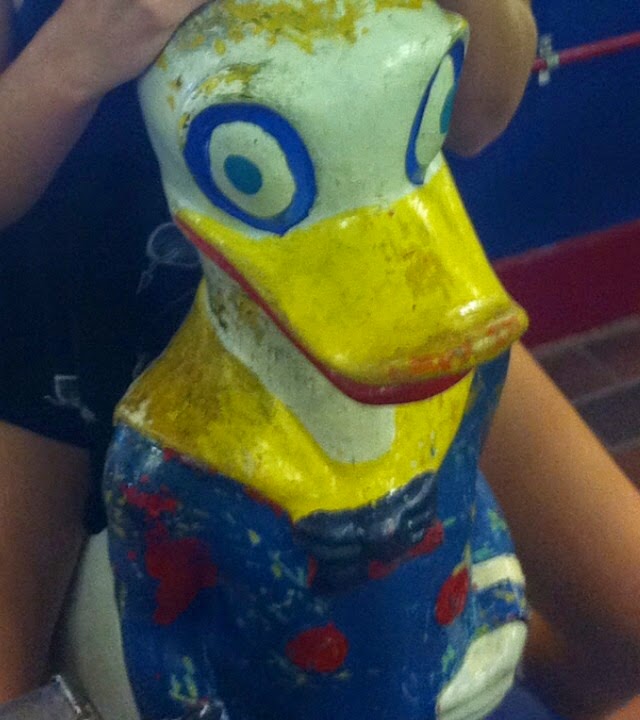 Even this one, macabre as it is, has its head in the right place.

P. S. Aha. I found a bit of info on this thing, and I was right: it's not in any amusement park, or anywhere you'd take a child if you had any sense:

​​Those who drop by Johnny's Saloon in Huntington Beach to listen to a little Johnny Cash on the jukebox and have a drink will find a relic of the Magic Kingdom that imagineers would probably prefer you didn't see. It's a kiddie ride, similar to what you would find outside supermarkets, in the form of Mickey Mouse's apoplectic nemesis Donald Duck. Designed for kids to climb on, it rocks back and forth while playing the tune "It's a Small World."

How these people bought or stole the license from Disney to defile Donald's wholesome image is anyone's guess. It's a pretty twisted idea, but maybe OK - maybe - in a place with a name like Johnny's Saloon. My only question is: where the hell is Huntington's Beach?? 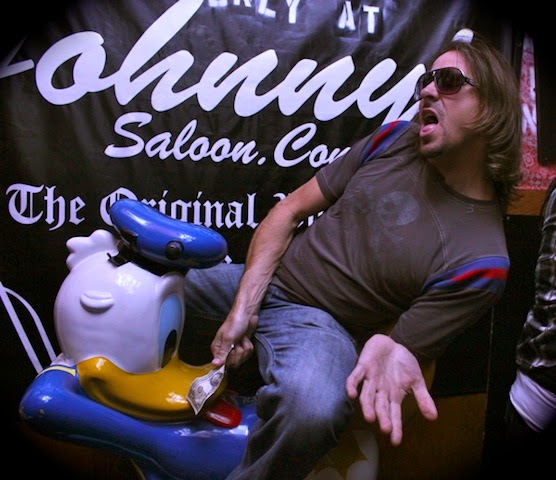 P. S. to the P. S. (you know there's always a P. S.). Looking more carefully, this is weird. There's only supposed to be one of these. But it seems to be in a different location every time. The base looks different. The background looks different. Even the floor color, the tiles. Very different. Unless it's being moved all over the place, which seems unlikely, then there has to be more than one of them. They have multiplied like an evil flock of inappropriate amusement devices. There may be a very strange, very perverted cottage industry going on here.