The Star-spangled Banner: they're playing our song 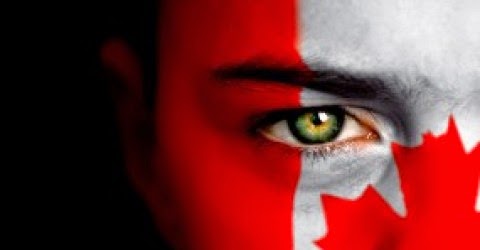 Without missing a beat, Leafs fans jump in to finish The Star-Spangled Banner

The Toronto Maple Leafs are struggling, and their coach is under fire, but at least their fans are in game shape.

On Tuesday, before the Leafs were manhandled in an embarrassing 9-2 loss to the visiting Nashville Predators, the home fans stepped in and sang when a technical glitch caused the audio to cut out during the singing of The Star-Spangled Banner.

One of them captured the touching moment for YouTube when Leafs fans jumped in to sing the song's final verses. The video had more than 888,000 views as of Friday morning.

The Leafs, who lost 6-2 to the lowly Sabres in Buffalo on Saturday, could clearly use some of their fans' collective sense of teamwork and heads-up play (although to be fair, we should mention the Leafs managed to beat the Tampa Bay Lightning 5-2 last night).

The Leafs return to the ice Saturday in a home game against the Detroit Red Wings. They may struggle again on the ice but at least if there's a problem with the national anthem, their fans will be ready.

I wonder why, sometimes.

Sometimes, why everyone seems to have a different view than me.

I did post something on Facebook about all this, about how it made me uneasy that our country chimed in and sang another country's national anthem, and I was clobbered. I was treated like the most ungracious person who ever lived. Please! For God's sake, Margaret, how could you think like that? It was such a gracious, noble thing to do.

Such a Canadian thing to do.

The conclusion being, shut up, you have the wrong opinion and no right to express it. So here goes. 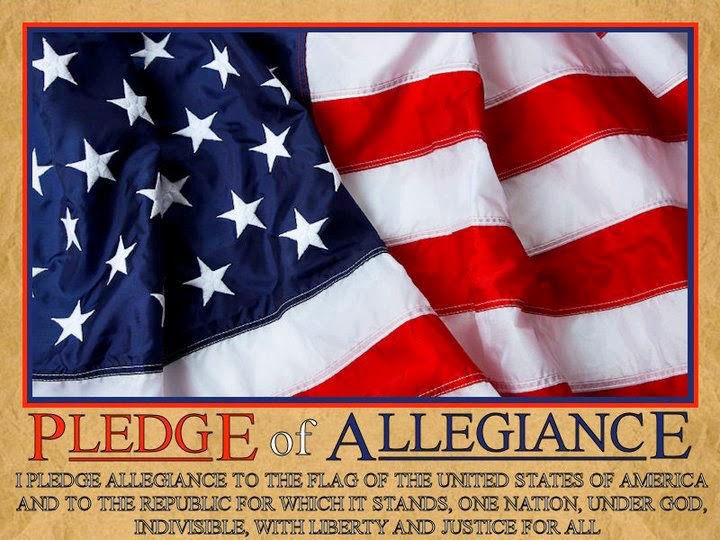 Since I first drew breath, I was aware that we lived next door to a behemoth. It was a force, an entity that determined almost everything we said, thought and did - especially TV, which was (of course) pretty much the centre of my kid-life. (Note that I say "centre"). I mean, I loved WXYZ-TV as much as anyone, loved Captain Jolly and Poopdeck Paul and Bozo the Clown from Detroit.  The odd time I was allowed to stay up really late and sleep in the den on the pullout bed, I would watch TV until the channels signed off, and I heard the Star-Spangled Banner so often that I wondered if it was our national anthem, too.

Didn't have a national anthem, I mean.

I can hear people younger than me saying, What?? That can't be true.

It's true. At school assemblies, we sang God Save the Queen. There was no O Canada. No, there wasn't. It existed in some form, with the lyrics in French, but that's not what we sang at concerts and events.

I don't know if we sang anything at all before hockey games, because I can't picture us singing God Save the Queen before they dropped the puck and Foster Hewitt began to call the game.

We didn't have a flag. 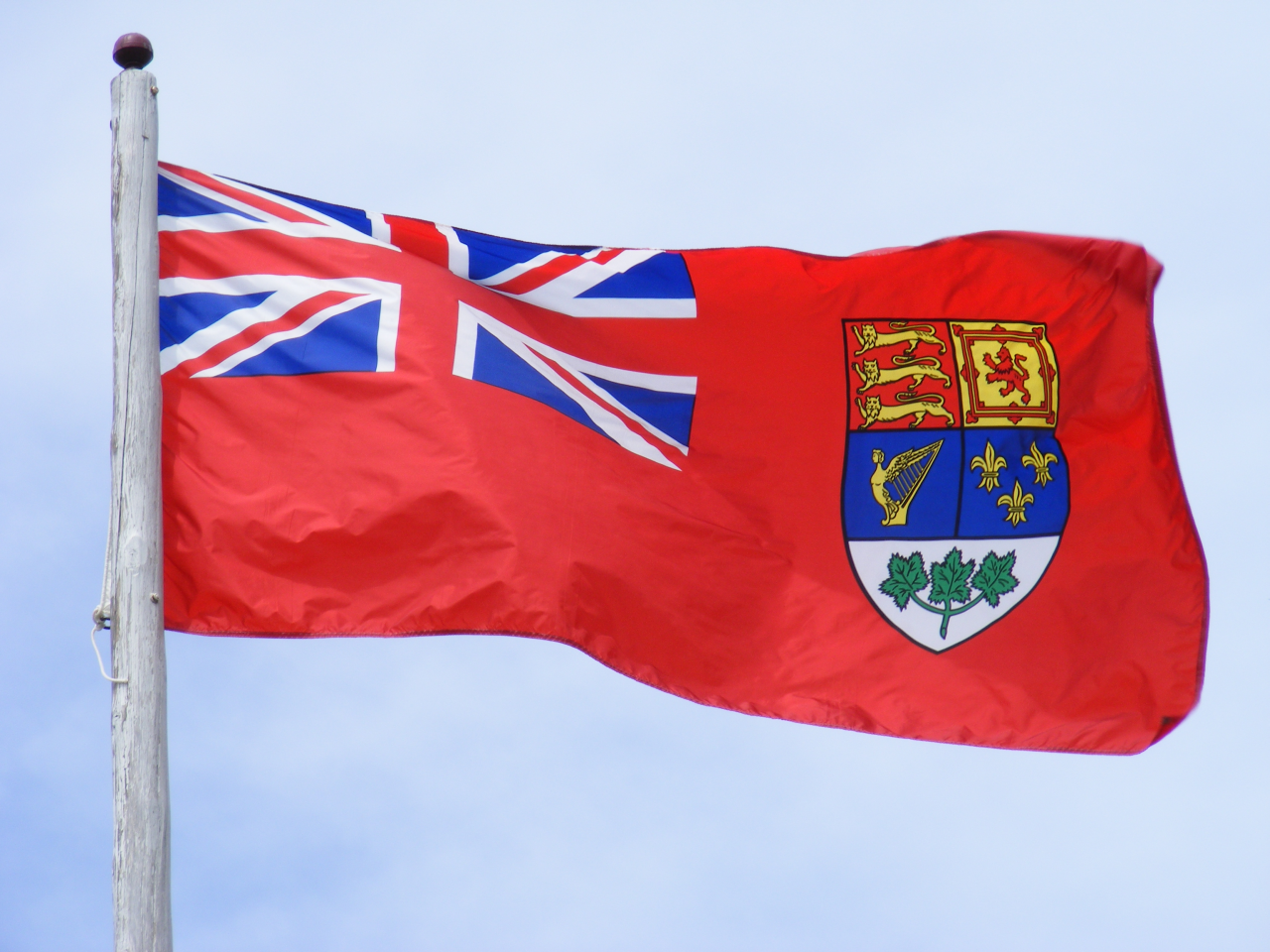 We didn't have a flag, not our own official flag, until 1967. Up until then we used the British Union Jack, then a hideous aberration called the Red Ensign, which we were expected to draw pictures of in school. This had nothing to do with being overwhelmed by the States or being (as some insist, even us) a third-rate country. It had to do with an allegiance to Britain which did not rupture explosively, but eroded gently over time.

Canada is a young country. We're not 1776 - we're 1867. That is when we officially became who we are, not through revolution but something called Confederation. We're not a country that broke away in rebellion from an original founding country. In fact, Robertson Davies once said, "Historically, a Canadian is an American who rejected the revolution."

It has made us, I hope, a more peaceable country (I don't know a single person who owns a gun, and in my lifetime have only known two: an antique collector and a cop), though lately I am starting to wonder about that. But it certainly made us distinct from the behemoth living to the south of us, or so I always presumed.

Canada has something like 1/10 the population of the States, and spread out over a much wider area, with concentrated blobs of population. This is a different setup entirely. It makes us different culturally, financially, and every other way.  All this, I believe, contributed to a sense that it was harder - much harder - for Canada to create and maintain an identity of its own. We were marginalized from the start. 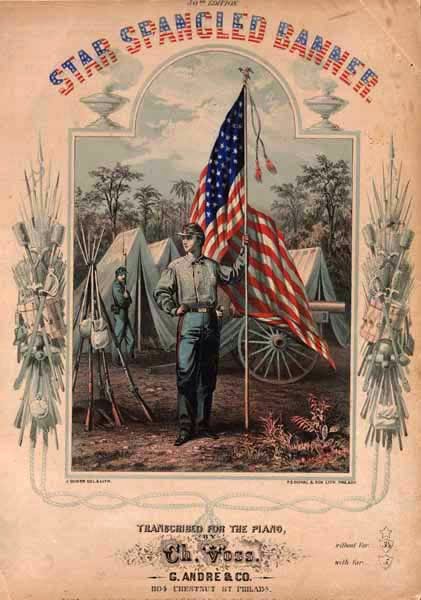 This is why it strikes me that singing another country's national anthem as a "favour" is - it's - it's just too Canadian (especially in light of the trouncing Toronto got a little later on - that's just a little too humble, folks.) I can see, in a way, why they did it, the microphone went out, the song was hanging there unfinished and it was embarrassing, but nobody thinks of the fact that the anthem is really all about the American flag and what that emblem means. Having been sung over and over and over thousands and thousands of times before sporting events, it has lost most of its meaning, and as with most songs, nobody really listens to the words anyway.

The rocket's red glare, the bombs bursting in air. . . but our flag was still there.

OUR FLAG. That's what all those good Canadian folks were singing.

Canada prides itself on gun control, on being peaceable, on harbouring a bunch of goddamn hippie draft-dodgers who don't want to shoot up Vietnamese babies. We're beloved of Americans on sitcoms who decide they want to "go to Canada" for a summer vacation: "Hey, why don't we go to Canada?" "Nah, It's too cold" (or, alternately, "too far away").  All joking aside, I sometimes think this national character, if that's what it is, is eroding or even starting to fall apart.

And here we are at a very public event, jumping in and finishing an anthem about a flag which is not our flag, which is being celebrated in a song about a war which was not our war.


And it's not only OK with people, it's a "wow!" moment, an "awesome" moment (and if I hear the word "awesome" one more time, particularly after a waitress has taken my dinner order, I think I'll throw my pencil on the ground). It's a proud Canadian moment. Everyone's smiling and applauding about it. We pitch right in there and sing along with our rival team.

Yes, our rival team! The one that's out to trounce us, to take us apart, and which in fact does. 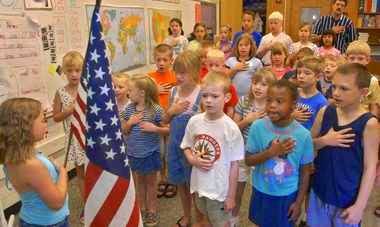 But never mind! We sang the American national anthem! We knew every word, and every note of the tune. I think Americans might be patted on the back for knowing the first two words of "O Canada" (usually misspelled in the press as "Oh Canada").

But hey. It's only a song. For God's sake, it's just something we sing at hockey games. I risk here being torn into little pieces, but I don't think ANYONE'S national anthem should be sung at a hockey game. I think it should be reserved for more important occasions like, say, the Olympics, where athletes truly compete in the name of their home countries. It's a point of pride, and an expression of identity.

But do hockey players, football and baseball players, etc., really represent their country, or just their team? Isn't it cheapening the song with casual overuse? Personally, I've always thought singing the national anthem is just a way to get the crowd whipped up for the game. It certainly does have that effect. 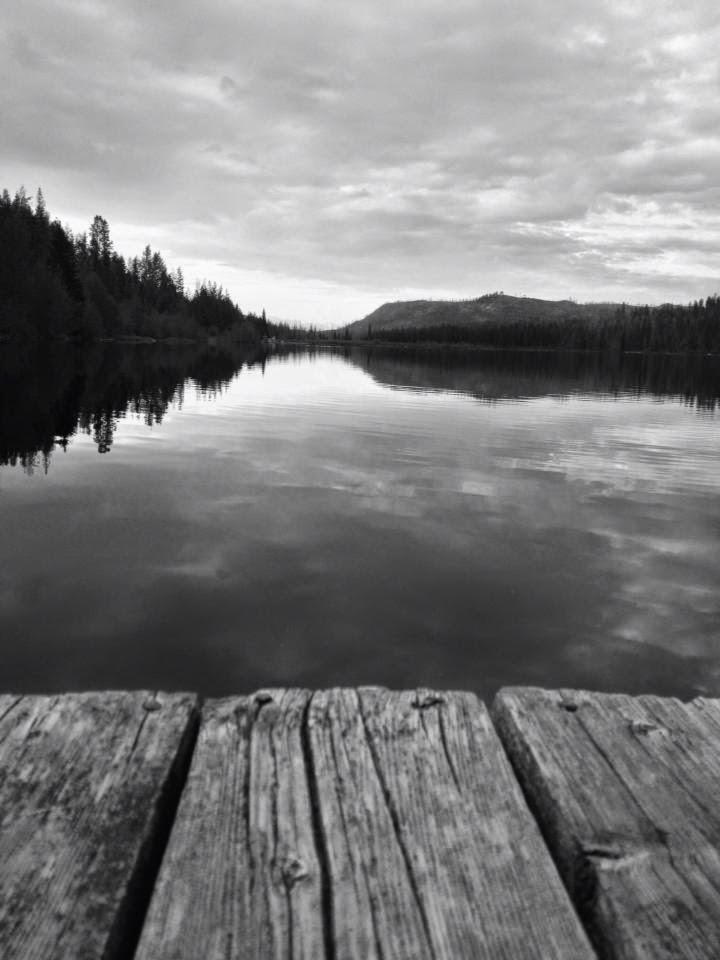 Why all this oversensitivity? Why does it have to mean anything at all? I'm really surprised that it isn't followed by the Pledge of Allegiance and the Gettysburg Address. You know, like in those old movies with Raymond Massey and stuff. They'll put the words up on the Jumbotron.

I don't expect to be understood for saying all this. If anyone reads it, which is highly doubtful, I'll get the same reaction I did on Facebook, a sort of offended, angry, disappointed, baffled "wtf??"  A "how could you?" How can anyone even think this, let alone go on record to say it? How can anyone misunderstand an obvious act of kindness and generosity and good sportsmanship to this degree? Why such a big deal over something we just sort of do before the game? What is my problem, anyway?

We sang their national anthem, and as far as I can see, now everyone is happy and proud. Nobody else seems to have this gnawing feeling that we are slipping even farther down in our status as a non-country. But I suppose I shouldn't be so surprised that we chimed in to sing their anthem like that.

Posted by Margaret Gunning at 12:48 PM No comments: