Hello, and welcome to the silly hour. Or, at least, the silly story of the week. I didn't get to see this bear, and yet, in some remote spiritual way, I felt I was involved. I had just had my hair done, and my stylist told me, "my daughter just texted me that there's a 900-pound bear on the loose and the school is in lockdown." Alarmed, she cautioned me against walking home (which would take me right past Ground Zero, the bear's immediate vicinity), so of course I had to go and see this for myself. And yes - at Prairie and Oxford, the place was abuzz with TV cameras (CTV, CBC, Global and a couple of others), reporters, cops, conservation officers and numerous curious spectators.

It seemed I had come a little late and missed the bear. But it was all over the news that night, the top story. (Only in Vancouver!) On the CTV News report, a bystander makes a comment about the bear eating rotten apples and getting drunk, a completely bogus story designed to make it look as if he knew something. (Every crowd has its self-appointed expert/pompous asshole.) The media immediately seized this and ran with it. Now Buster Bear (or Busterina, as some people claim - but how can they tell?) is all over the internet, mainly because of that "hungover bear" angle and the "rampaging" description, which is just about as stupid as anything I've read for the past 2 or 3 hours.

From the footage, even when the conservation guys screamed and fired rubber bullets and "bear bangers" (don't ask) at it at close range, the bear only managed a lethargic trot. For the most part it just snoozed. I looked at a close shot of its face, and it's definitely a battlescarred old bear, with part of one ear missing and a face scratched up from many a battle in the bramble bushes.

The thing is, people have strange ideas about bears, thinking  they run after forest animals and eat them, when not busy killing small children. Bears are foragers and eat fruit and roots and bugs and other stuff that comes out of the ground, with honey being their favorite. I rarely see bears on my walking trails, but I DO see great chunks of rubbed-off fur on tree trunks, and bear scat which is a tarry black and usually full of fruit pits. Salmon they like, when they can get it, but for the most part they're vegetarian. One cannot fault them for being attracted to garbage, but I think that is entirely our fault for being such filthy animals ourselves. No other species is as destructive as the human being.

Anyway, I wish I HAD seen Buster the other day, but I'll have to be content with these (what, you didn't think there'd be - ?) - these humble gifs. 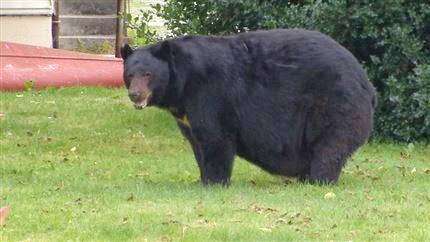 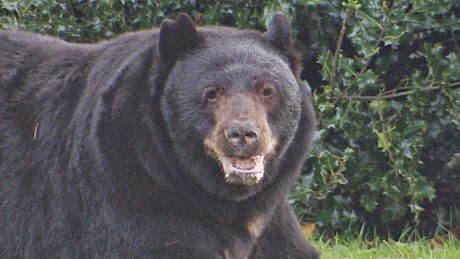 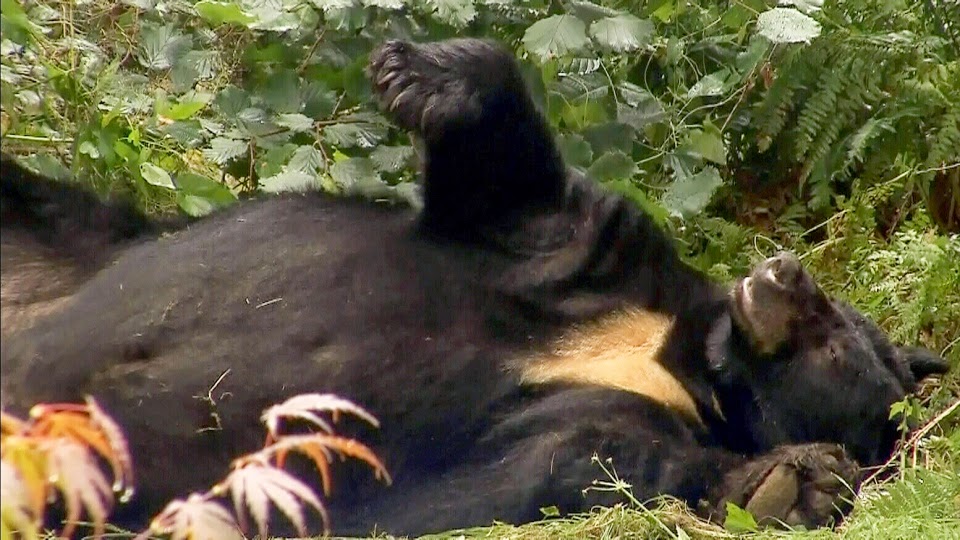 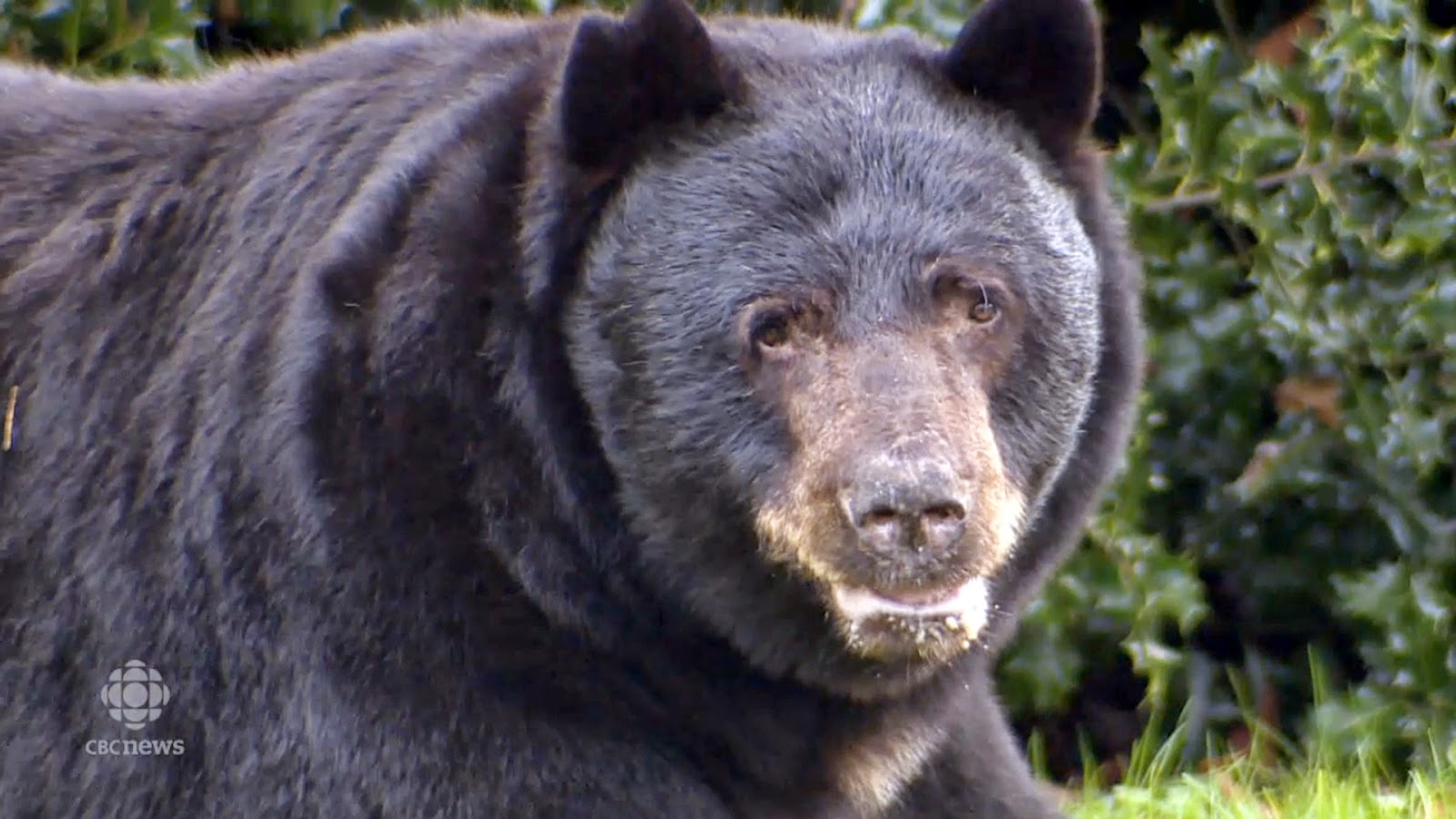 Posted by Margaret Gunning at 10:06 PM No comments:

Is it Friday yet?

Posted by Margaret Gunning at 12:55 PM No comments: