Welcome to my nightmare. One of my continuing feverish obsessions is with, what, old stuff? Old stuff connected to music, to musical instruments. . . to mechanical instruments, which fascinate me most of all. These were built to amuse the very rich in the days long before any sort of recording existed, and far exceeded the music box in out-of-tune-ness and general detestibility. But it is this that makes me love them so.

I would have included automatons, but I couldn't find any, which appalled me because I know hundreds of such videos exist. I can't find anything at all under "automatons" any more because it's now the name of some game or TV series or something, but I'm fascinated with them too because they combine music with jerky, macabre movements. Something weird going on here, too, because all of these instruments seem to be on fire, or about to put out a fire (the rackett at the top looks quite a bit like a medieval fire extinguisher) - the open-air calliope, designed for an old-fashioned riverboat, looks more like a giant out-of-control gas barbecue, and the bottom one, well. I guess we could call it steampunk. The awful camera work is for effect, I assume. These instruments were designed for old-fashioned circus wagons and were definitely made to be heard outdoors, at as great a distance as possible.

I shouldn't do it, I tell myself - stay up so late, get so engrossed - and find so many odd things, it's quite unbelievable.

The cheese that saved me

Not long ago I posted a long screed about how horrible name-brand cheddar has become. Over the years, it's gradually morphed from something at least vaguely cheeselike to a decidedly unpleasant substance which tastes like the inside of a rubber glove after milking a cow.

We can't afford to scour the country to find just that right gourmet cheese shop for my cheddar fix, but everyone kept saying, "Oh, just go to Costco." Costco kind of reminds me of that silent movie Metropolis, except the cashiers are a little nicer, but I went anyway, desperate.

I was surprised at the variety, though the prices really weren't all that great. There were lots of good European and domestic cheeses, but I was bent on cheddar, a GOOD cheddar, edible, dependable, good for recipes, grating, melting, but most of all just EATING out of hand, maybe with a bite of apple now and then to cleanse the palate. 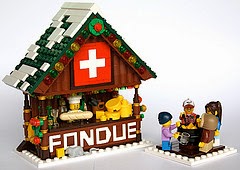 There were enough of them, the usual blandies like Kraft and Cracker Barrel, but also Irish cheddar in a weird opaque wrapping (cheese that felt hard as a brick - no rubber here), and a Welsh cheddar with a warning label: Powerful Cheese. This was what we used to call rat trap cheese, hard and oily. Not what I was looking for.

So we saw this Balderson cheese, had never heard of it, but noted it was NOT labelled "mild, medium, old, extra old" or, worse, "mild, medium, sharp, extra sharp," the "extra sharp" meaning sticking the streaming udder right in your mouth. 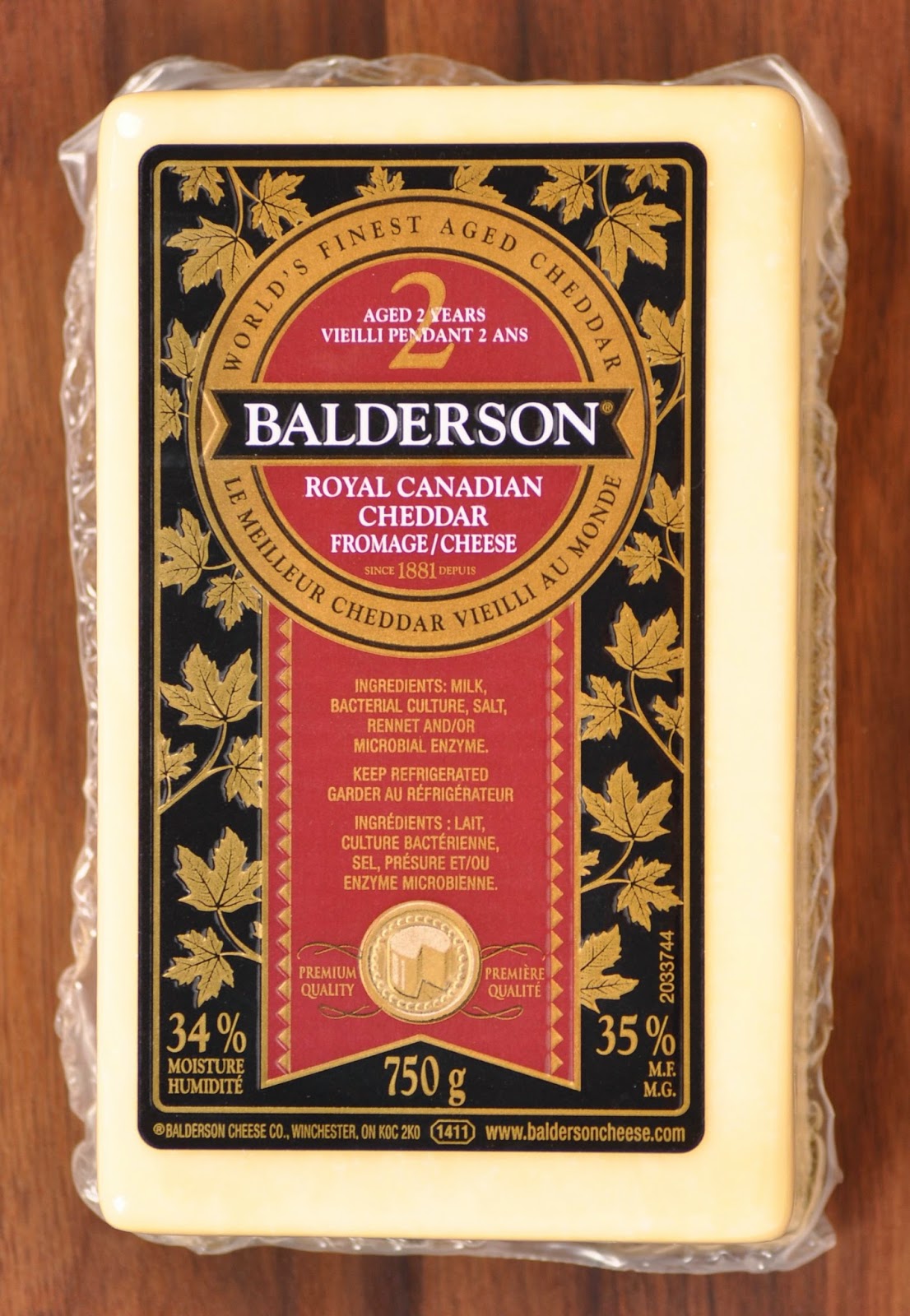 It was labelled according to years of ageing, and they had a two-year and a five-year. Armstrong cheddar, which I used to love and which has turned traitor and gone supermarket-bland, used to have a 5-year that I liked, though it was a bit hard, almost dry in texture. I went back and forth. Would 2-year give me that cheddar buzz, that rich flavour that just keeps developing in your mouth? The 5-year cost more, and I wasn't sure if it would have a too-firm texture (though anything would be preferable to the rubber lego-bricks I had been choking down),

I have to tell you, all the way home in the car I worried. It cost $16.00 for 750 grams of this stuff. If you live in the States, it'd probably set you back less than ten bucks. And this is a Canadian product. I was working my way into a lather as I wrestled the shrink-wrap off and plunged my knife in. 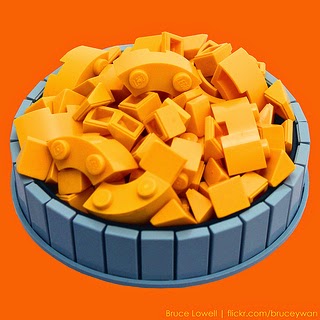 Yes. I knew at once. This is cheese. This is REAL cheese, and though the flavour is rich and mature and the texture almost fudgy, it's still creamy enough to melt in the mouth. It had little cracks all over it like marble where you bit it, a sort of "grain". So I kept eating it and eating grapes and yelling to my husband, "This is good, don't you want any?"

My pleasures in life are few, truly they are. Between our recurrent health woes and being strapped for cash, we don't get around much any more. Finding something like this - and it turns out there is a whole VILLAGE named Balderson in Ontario, prime dairy country, and a big store that would be heaven to skip around in with a cheese basket- it's significant. Hey, maybe none of my writer's dreams have come true (and for the most part, they haven't, the third novel leaving me with a sense of abject failure), but now I can lay my hands on some really kick-ass cheddar.

It's something. Isn't it? 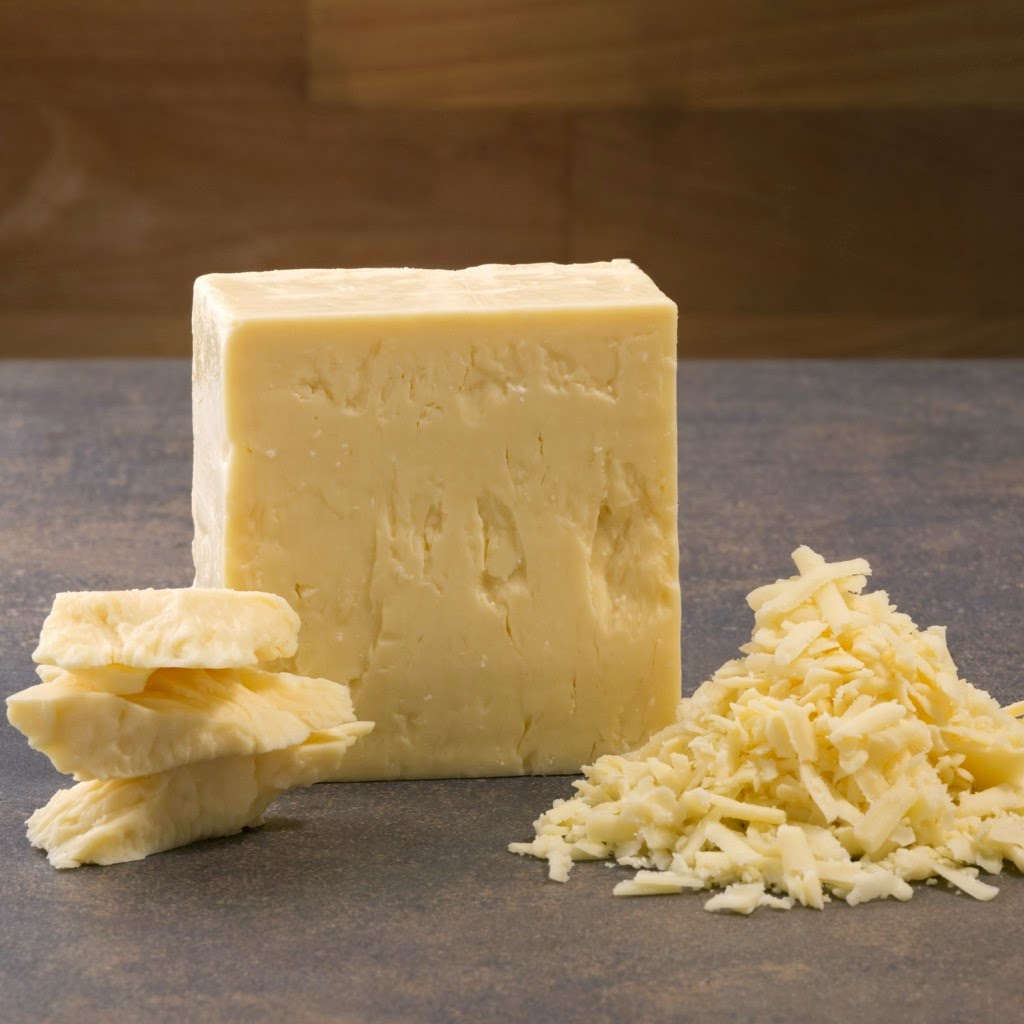 Posted by Margaret Gunning at 4:22 PM No comments: