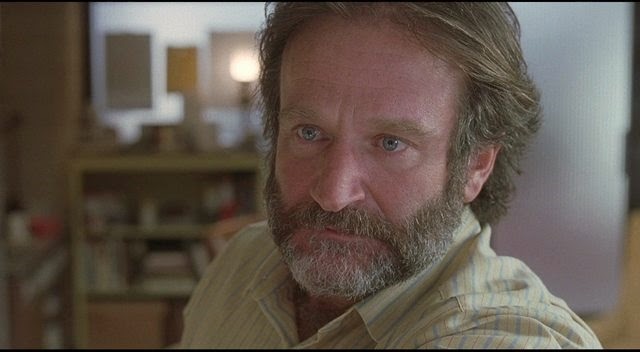 Posted by Margaret Gunning at 5:28 PM No comments:

No, not horrible at all


Just enjoying this on a day that is not horrible, no, not horrible at all. Not particularly good either, but then, why are my expectations so high anyway? Saw a poignant but disturbing retrospective of Robin Williams' career (not his life, his career only) on PBS last night, and was affected by it. Not by his talents, gifts, etc., but by the loyalty and insight of his friends. And at the end, Pam Dawber, looking not much older than in her innocent Mork and Mindy days, asking, "Why? . . . Why?", with one more distraught, disbelieving "why?".

It still bothers me that he hanged himself with a belt, it just does. One of the best-known, and blah blah blah. It means nothing, I know, but I guess I always wanted to make a name for myself somehow, and now I know it's not going to happen. Did it save me, after all?

So sometimes all you can do is listen to Mahler, and in spite of its long, pensive, sometimes dysphoric and grief-stricken third movement, this is probably his most buoyant and life-loving work. But he was only on the planet for 53 years or so, anyway, so needed to get his joy in as quick as he could.

As do we all? I'm not sure about that. They showed a scene in Good Will Hunting that scared the jesus out of me, where he grabs Matt Damon by the throat and says something like, "I will end you." His eyes are this glacier blue, ice and stone, not sweet or loveable at all, not even sane, barely human, almost reptilian. A killer, after all? He did kill someone, so he was capable of it.

Posted by Margaret Gunning at 4:38 PM No comments: