Tonight I watched a movie called Songcatcher for the third time. Saw it originally in the theatre - can't believe it was 14 years ago. Those years are as dust now. I loved it, wept through it that first time.  It's about a woman professor, circa maybe 1910, who turns her back on the ungrateful world of academe in search of authentic folk music. This compels her to go crashing through the backwoods of the Appalachians with notation paper and a gramophone.

Any story that has ancient recording devices in it automatically fascinates me. But Lily's personal evolution from prim academic to fire-breathing zealot is also crucial. The second time I watched it, I was a bit bogged down in  Hollywoodisms, the Deliverance-style backwoods "types", the two guys with the still and the shotgun, Granny on the porch, etc. And those do occur. But what also does occur is music that makes the spine freeze and the hair stand up on your arms, if not your whole body. It has that plaintive, almost howling quality, with the little uptick at the end of a phrase. Harmonies that are close and tight and somehow must go back a long way, because they're very much like the harmonies in the hymns sung by the Mennonites, Hutterites and Amish.

The film glosses over the existence of the Child Ballads of the 1850s, a massive collection of folk songs from the British Isles which were also known to exist in remote areas of the United States. Lily's discovery is presented as not only completely original, but brazenly ignored by academics. The Child Ballads, so-named after the collector of the lyrics, cover some heavy ground: 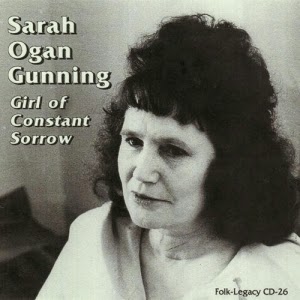 That just about does it. Thank you, Wikipedia.

I looked at a number of clips before choosing this one. It takes place after a primal, almost primitive gathering of the community, and after all the jug-hoisting and boisterous stomping dies down, things go very quiet. Then a darker and more horrible story is told in song, passed from person to person, while Lily stares transfixed.

From what I gather, the makers of this film strove for as much accuracy as possible in the presentation of the songs. If they initially stuck to more familiar numbers like Barbry Allen, it was probably so the audience had something to grab hold of: "Oh, I know that song!" But as the story wears on, ballads stubbornly passed forward for centuries grab us with their macabre tales. The voices sound rough-edged and authentic, and by the sound of them, It's possible these songs are still being handed down.

I like this clip because it's technically not very good, captured right off a TV screen, and thus is surreal in quality, glowing and soft-edged. It traces the air like a flame. The scene where Lily becomes panicked by the screeching of a mountain lion in the woods, following a mountain survival strategy by tearing her clothes off to placate the beast, carries on the rawness and sense of exposure created by the songs. There is no corset that will keep you safe from the devil. If the scene smacks of "let's throw a little sex into the mix", it still works, because to this point Lily has been a simmering volcano, not so prim as she may outwardly appear. 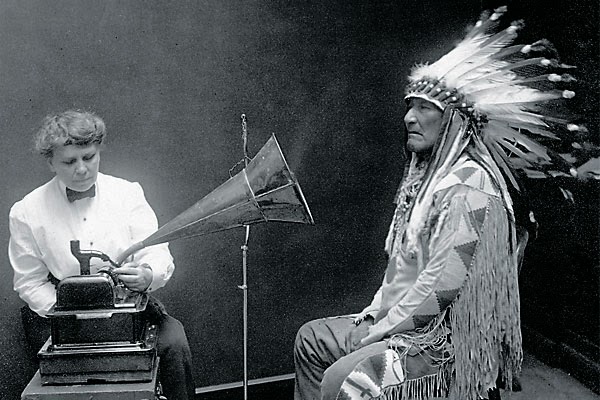 I have a question. When DID these songs start? A song can't come out of nothing. It's not there, and then it's there. I know a bit about the "there" of the creative process, and what happens is that a tiny light comes on. A flash. A little white explosion. Then there is an idea born. From there it must be developed, of course, given its life. But as much as we may think a song like Oh Death has "always" been there, it has not. Someone had to start it, just like someone had to start the Bible. Start language. And in the same freight-train of thought, what was the first word? I know it's a nonsensical question because language developed in so many different parts of the world, in different ways and at different times. We now know there were a vast number of different proto-human creatures living on earth at the same time, borning and dying, evolving, overlapping each other before being absorbed or going extinct. 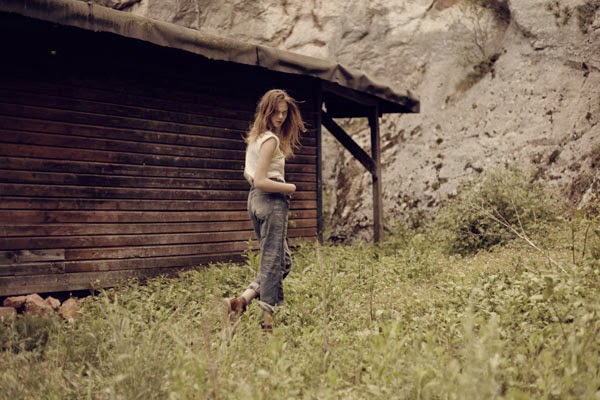 But let me go back to my  original question. What were the first things humanity felt compelled to name? Did they name themselves and each other first? Did language have to do with the hunt, as testiculo-centric anthropologists have always claimed? So how is it women evolved to sit around yakking about their kids in Starbuck's? Was it just a bunch of grunts and gestures at first, or - no, it had to be more.

I think it was Noam Chomsky, or Chumleigh the Walrus from Tennessee Tuxedo (could have been either one) who said there is really only one language. There are core rules, structure that prevents it all from becoming just strings of words, or gibberish. Underneath it all, ideas, needs are being expressed, things we all experience as humans. No one sat down and "made" language, any language, and yet we have all somehow contributed, if only with our own boring and unremarkable way of using it. 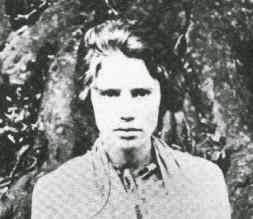 So there wasn't language, then there was. There were no songs - maybe chants around the fire with no words, but at some point there was an immense thunderclap and the two were married forever.

I love the starkness of this song about death, its terror of everlasting judgement and eternal hell. Cheers me up, in a way. I love how Lily's face shimmers and burns, how her enormous eyes stare in a kind of awful rapture. I have a horrible urge to make gifs - stop me, someone! But I can't make a silent movie out of this. 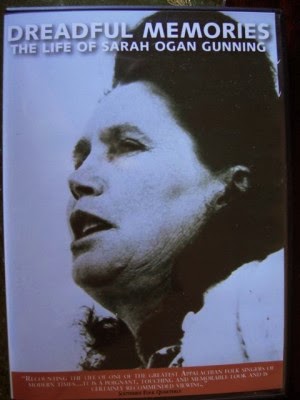 (Should I try to find a clip of what happens AFTER the wildcat-fleeing scene?)

Posted by Margaret Gunning at 10:54 PM No comments:


I am a poor wayfaring stranger
Travelling through this world of woe
But there's no sickness, toil or danger
In that bright land to which I go 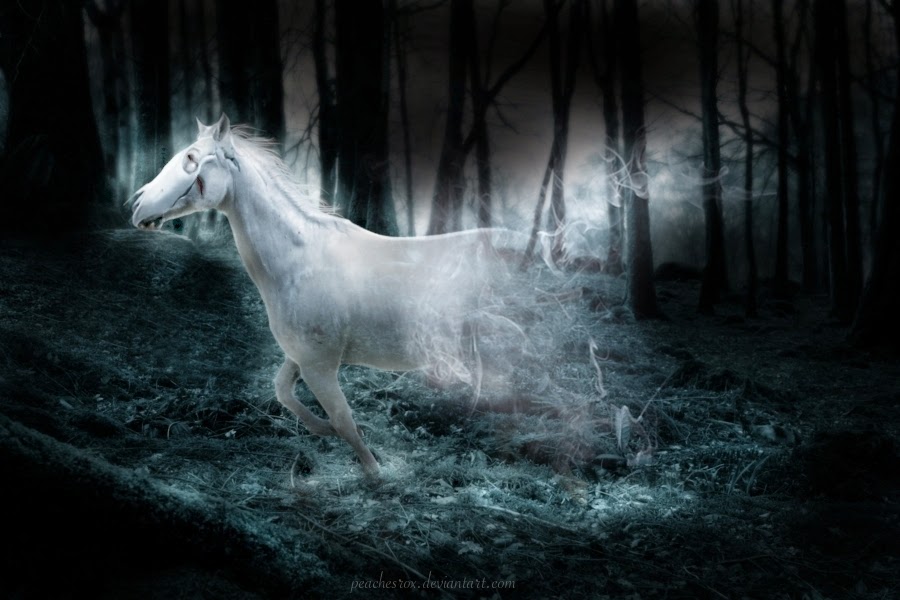 I had some News. I can't say much about it now except that it scared the hell out of me. I don't know what's coming next. Maybe nothing. But I've known too many people who've fallen. Some make it out. Maybe it's nothing. Probably it's nothing. Maybe not though, and my mind pinballs back and forth. I wrote an email to someone I care about and signed myself "Wayfaring Stranger", then realized, hmmmm, that's a song.

I went through more than a dozen versions on YouTube and didn't like any of them. Most were full of sobbing violins and plunky banjos and tried to sound folksy and just ended up sounding maudlin. Even the great Johnny Cash didn't quite pull it off, and Joan Baez was, well, Joan Baez. Too much herself. Her signature was all over it. 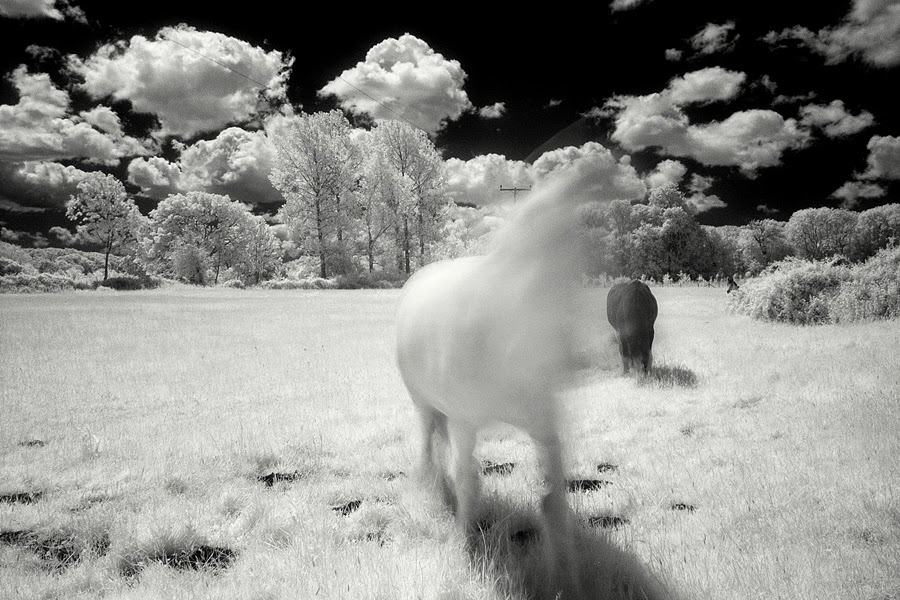 I don't know who these singers are, but I love them, love the care with which they sing this, their utter musicality, pitch, tone, balance, the lean accompaniment, the brilliant a cappella section. All of it. In a very toned-down way it sounds like mountain music, which I am sure it is. Those aching harmonies, simple. These singers do not get in the way of the song.

Poor wayfaring stranger. I wonder if I subconsciously remembered any of the lyrics. I have been chasing my health issues around and around and around for a couple of years now, coming up empty, and this is not a turn for the better. I wonder, like everyone does, what happens to us, if anything, after we die, if we don't just turn to soil, not such a bad thing really. 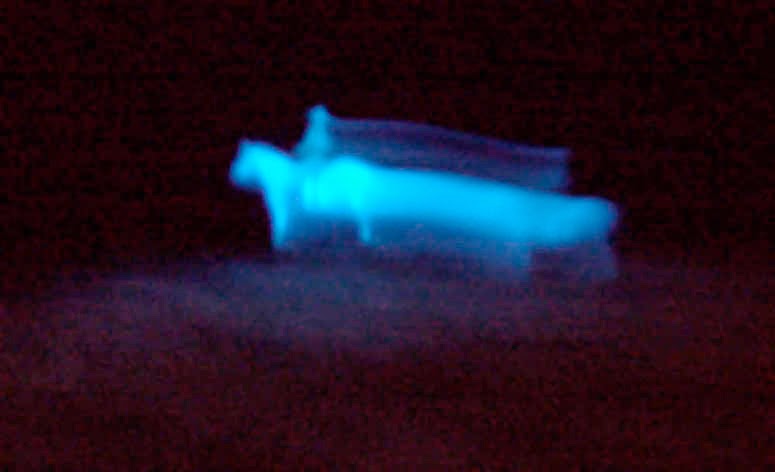 When poor Jasper died, I showed Erica and Lauren his little grave in the back yard. Erica blew it off, but Lauren stood there with eyes like saucers. She couldn't quite believe that he was down there, that he belonged there now. I tried to explain to her how we had given him back to nature, that he was at peace now, just like he was sleeping.

A while later, still saucer-eyed, she said to me, "Maybe you should plant a tomato plant where he is."

"Then a tomato will grow up, and Jasper will be alive again." 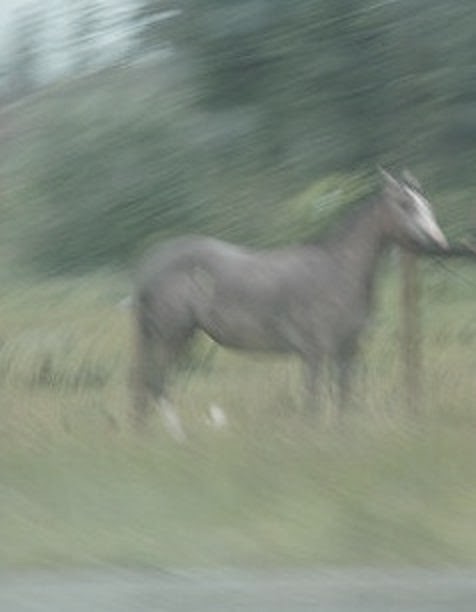