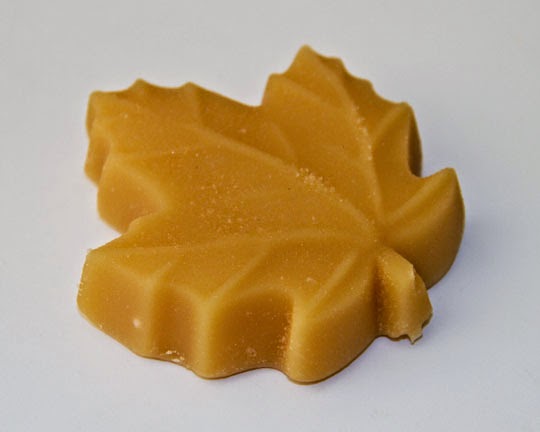 Over the past several weeks, I have been trying to sort out what I saw in New York City, especially in The Cloisters, the brilliant collection of the Metropolitan Museum of Fine Art's Medieval Collection. I have come to the conclusion that even though none of the museum's collections was American (how could it be?), it was genius of them to recognize genius in
others. This is a key cultural failing of Canadians (sorry to say but it is true). Until we learn to recognize genius in others we will not be capable of recognizing genius in ourselves and our own works and we will remain a second rate culture dominated by cliques and second rate conversation among those who are merely self-serving. It is time we took that conversation to a
different level. Rather than just patting ourselves on the back, we should ask why we are patting ourselves on the back. Rather than just saying that our poetry is good because it has been promoted and discussed in trade journals, we should be asking ourselves why something is good, what made it good, and how it could be better. We aren't pushing our brains enough and because of that we're casually accepting things merely because they appear on bookstore shelves or because they've been reviewed in publishing journals. That isn't culture. That's just marketing and we need to recognize the
difference. 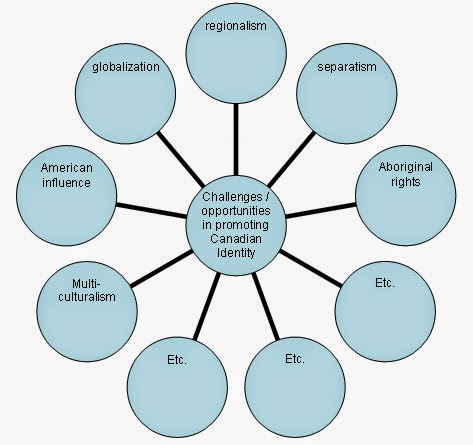 Those brave words were posted on Facebook by one Bruce Meyer, a much-published poet who has his ear to the ground on all matters cultural (and NOT just Canadian culture, folks!). I always pay a lot of attention to what he writes, because he comes out and says things the rest of us tiptoe around while we keep our mouths safely bandaided shut.

I don't think this is a screed against CanLit or anything else Canadian, except perhaps its insularity and near-desperate attempt to prove to itself that, yes, in spite of all the evidence, it DOES have a thriving arts community not dependent on constant handouts to survive. 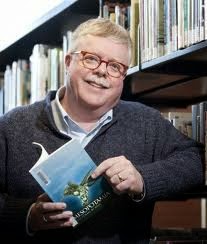 OK then, what if it's true (which it is, largely) and artists DO need government funds and/or constant scrambling on social media in order to go on? The problem is, someone has to name the problem first or it continues to worsen through denial. I've been re-reading the brilliant works of Margaret Laurence, and what I see is work that speaks for itself, with a quality of greatness that does not exist any more. I don't know how much schmoozing writers needed to do then. Maybe a lot. But I don't think it was the main event. Laurence, after all, was widely quoted as saying, "Don't be a writer in this country unless you absolutely have to." (And that was in the 1960s, an era when Jack McClelland took manuscripts home in his briefcase to personally read in bed.) In The Diviners, Laurence's most autobiographical novel, Morag is portrayed as a "successful"published author barely scraping by while she raises her daughter on a pauper's income. 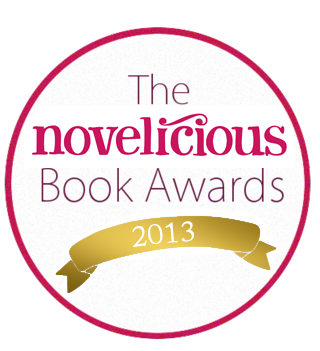 Canada has always suffered from chronic low self-esteem in every area. It's no secret why. We live next to this giant, the elephant that at any moment might roll over and crush the mouse. We have approximately one-tenth the population of the U. S. spread over a much wider geographical area, consisting of concentrated blobs of population punctuating vast stretches of nothing. We are a much younger country, nearly a century younger, so that we have had a century less time to establish ourselves beside this heaving, seething superpower. Until fifty years ago, we didn't even have our own flag. 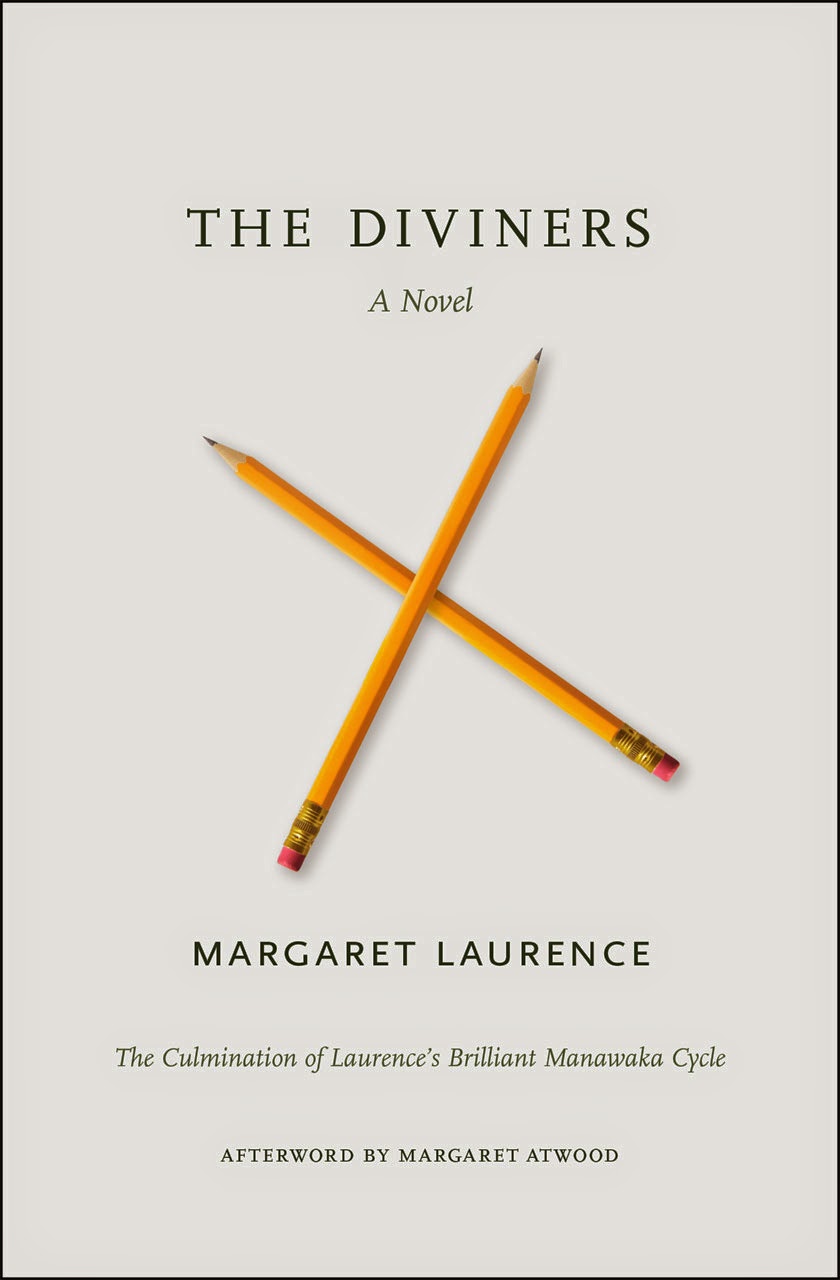 Our history has also been vastly different, dull by some standards. Robertson Davies was once quoted as saying, "Historically, a Canadian is an American who rejected the revolution." No rocket's red glare, no bombs bursting in air, just an endless "we stand on guard, we stand on guard".  I do not know one single individual who owns a gun, and in my entire lifetime have only known two (an antiques collector and a cop). I doubt if this would be the norm in the States. You do not see articles published in magazines here telling you (quite seriously, like a fire drill) "what to do if someone has a gun to your head". We have no "right to bear arms" in our constitution. We don't "pledge allegiance", an idea which to the Canadian mind seems very strange.

Am I claiming that as a nation we are morally or perhaps ideologically superior? Sometimes I wish I could say that. On the other side of our peaceable ways seems to be a woeful mediocrity. We can never keep up. I'm a Canadian and I love my country. But art is being drowned in the mad scramble for commerce, to "win", to sell copies, to be "a success". If you aren't, you feel a particular kind of miserable guilt and woe, not to mention an isolation no one should have to feel. You're not "in", you're "out", and the solution is to work even more feverishly to gain admission, to crash the gates. And yet if you say any of this out loud, you're anti-patriotic, hate Canada, hate the arts and just don't understand how it really works. Any time I've tried to write about this, I've been "corrected", shown the ropes, or told, "well, none of that applies to ME, I'm doing just fine" (so, by definition, I must be a loser). 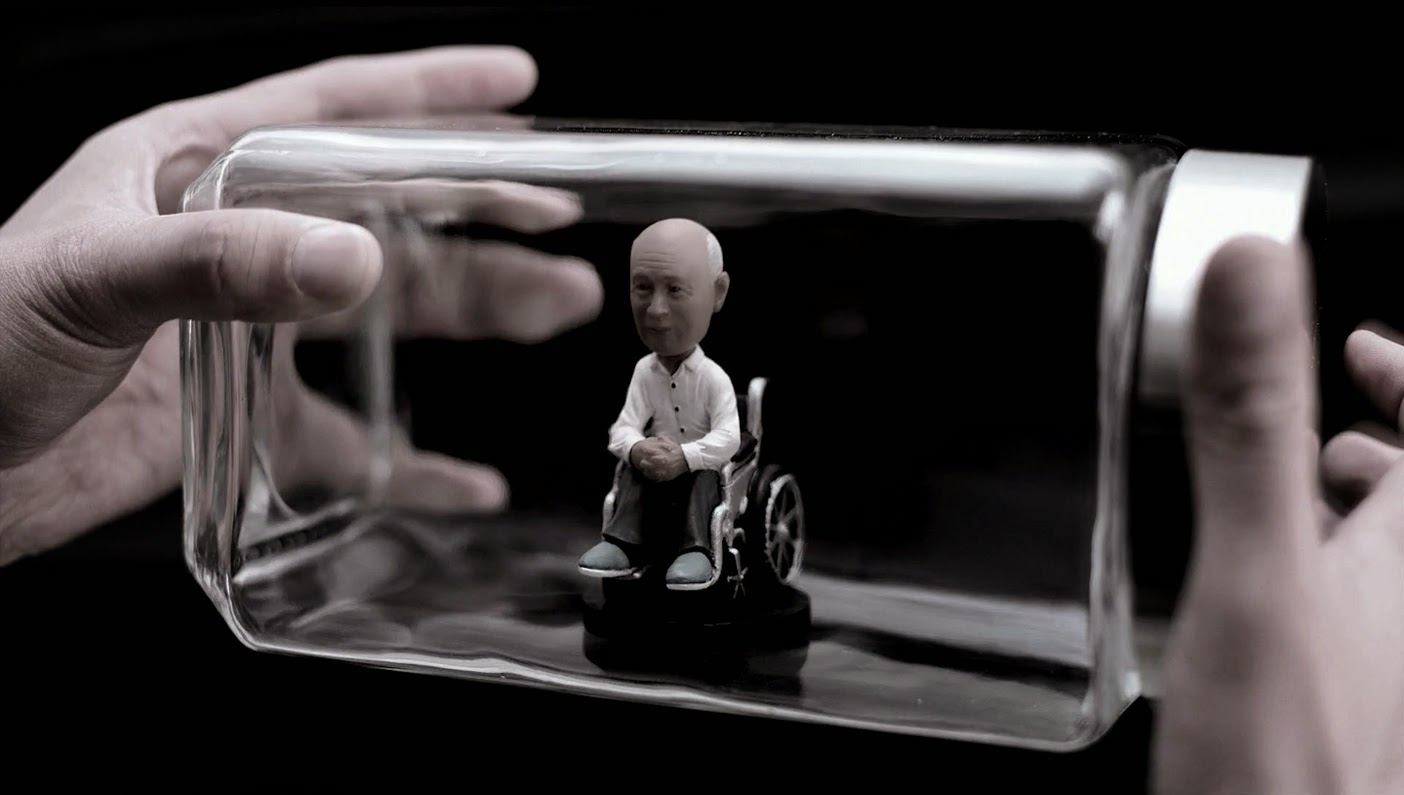 Am I saying we should be "more like the States" (a sentiment which is always both praised and reviled)? No, I am saying we should be more like ourselves. Celebrating only the tiny tip of the vast pyramid which is the arts community in Canada is not going to do it. Imitating the States is not going to do it, because we are not the States.  I am not knocking Americans; my husband has travelled extensively all over the United States
and insists that the vast majority of people he met were warm and welcoming, perhaps a damn sight more warm and welcoming than the average chilly Canadian. Dissing Americans across the board annoys him no end. 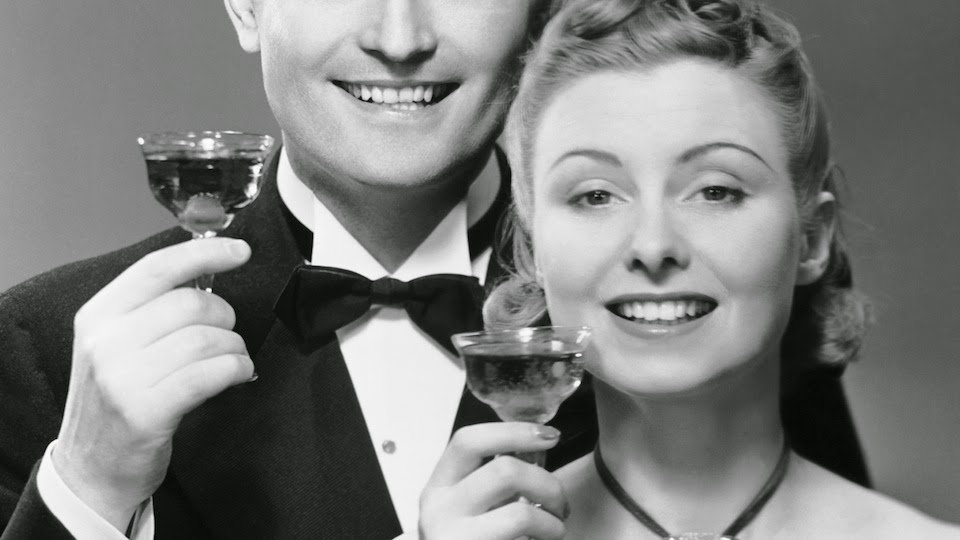 I wonder how to transcend all these useless stereotypes, to begin to listen and respond to those powerful inner voices that drive us to create. It can be argued that art has always been elitist, that only the strong survive, etc. But it's a circular argument. An elitist system won't admit any new members, becomes smug and stagnant, and thus even more elitist. Those who need to create are shoved out into the margins, the badlands of existence. Then it's "oh, well, you know what artists are like, they're a crazy lot." The suicide rate among poets is staggering, but also part of the stereotype of crazy writers who for some reason can't cope.

And yet, and yet. I do wonder how many magnificent artists are out there, or HAVE been out there, who refused to play the game and thus remained in total obscurity, unknown to any of us. 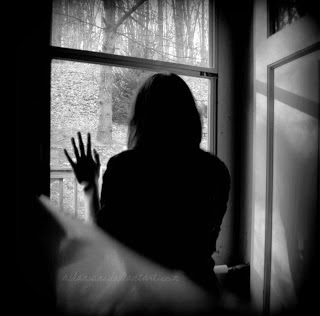 It's my blog, and I'll lament if I want to/need to. If I can't, things are even worse than I thought. So often, when I try to express a thought or feeling that comes from a deep part of me, I am clapped down (especially on Facebook, and especially by Canadian authors!). I had an example of this the other day that made my head reel: why must we fire on each other like that? Why the unspoken, unacknowledged status wars, which if you talk about them at all seem to get a reaction of, "Oh, you're not promoting your work vigorously enough"? The unquestioned assumption is that you're clamoring for a higher spot on the totem pole we all clutch for fear of sliding down on top of those unfortunate underlings. If you're not winning the unacknowledged, futile war for ascendency, you're just not playing the game right.

I am saying the game needs to be chucked out altogether. Can't be done? Nothing can be done if it's never ventured or dared. 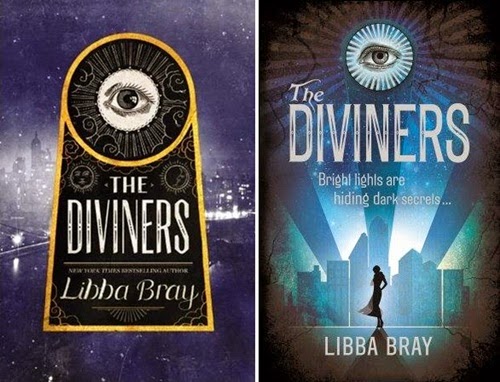 I can do nothing at this point but quote an old, old song by Joni Mitchell. I am not entirely sure of the message. It has echoes of the Civil War, but below and beneath that, it may be speaking of the uneasy relationship we have with the giant that constantly threatens to erase our identity. But spare a thought for this: they never set out to "erase" anything. They are simply being, huge and turbulent, while we cringe and continually wonder who we are.

And so once again
My dear Johnny my dear friend
And so once again you are fightin' us all
And when I ask you why
You raise your sticks and cry, and I fall
Oh, my friend
How did you come
To trade the fiddle for the drum

You say I have turned
Like the enemies you've earned
But I can remember
All the good things you are
And so I ask you please
Can I help you find the peace and the star
Oh, my friend
What time is this
To trade the handshake for the fist 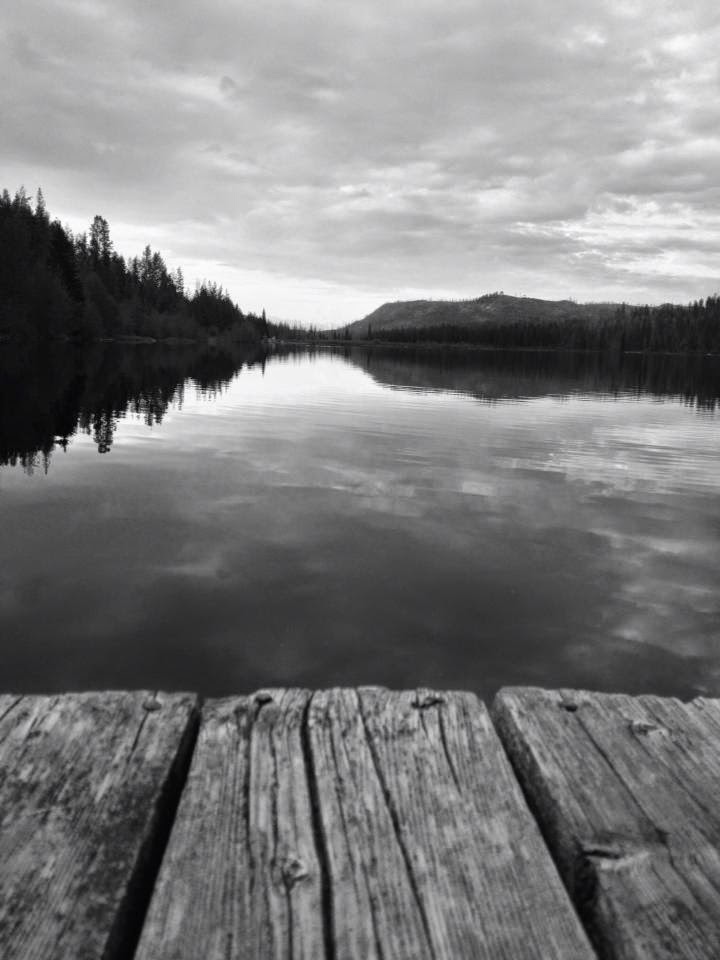