Know your Poe: The Raven 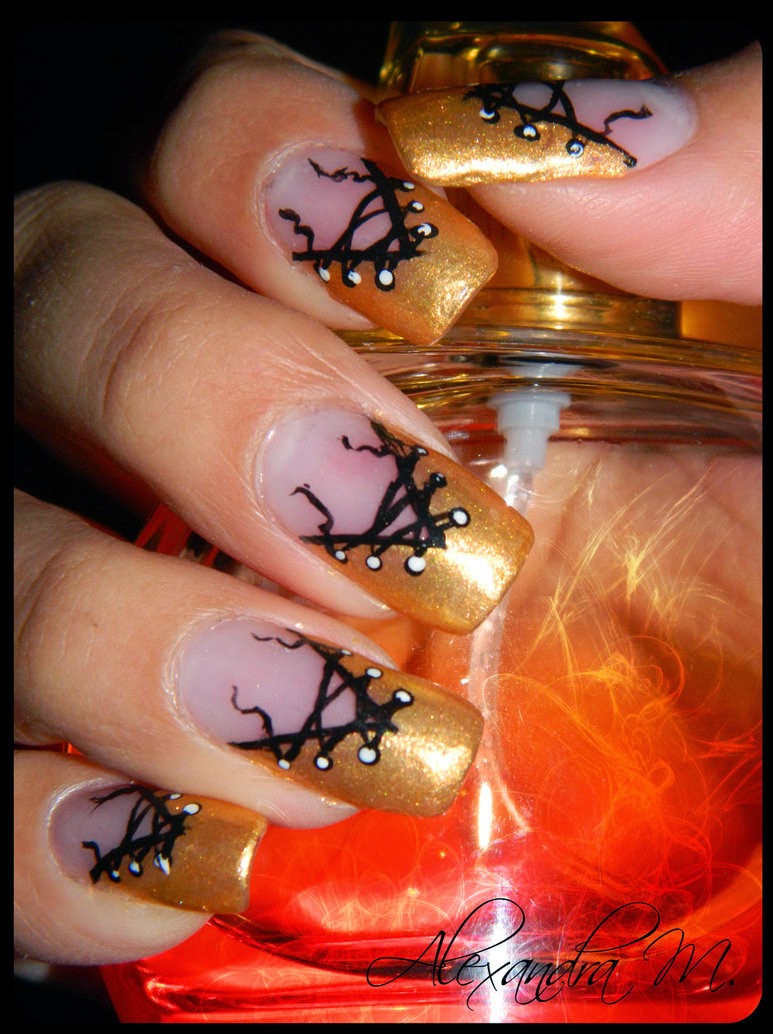 Ah, distinctly I remember it was in the bleak December;
And each separate dying ember wrought its ghost upon the floor.
Eagerly I wished the morrow; – vainly I had sought to borrow
From my books surcease of sorrow – sorrow for the lost Lenore –
For the rare and radiant maiden whom the angels name Lenore –
Nameless here for evermore. 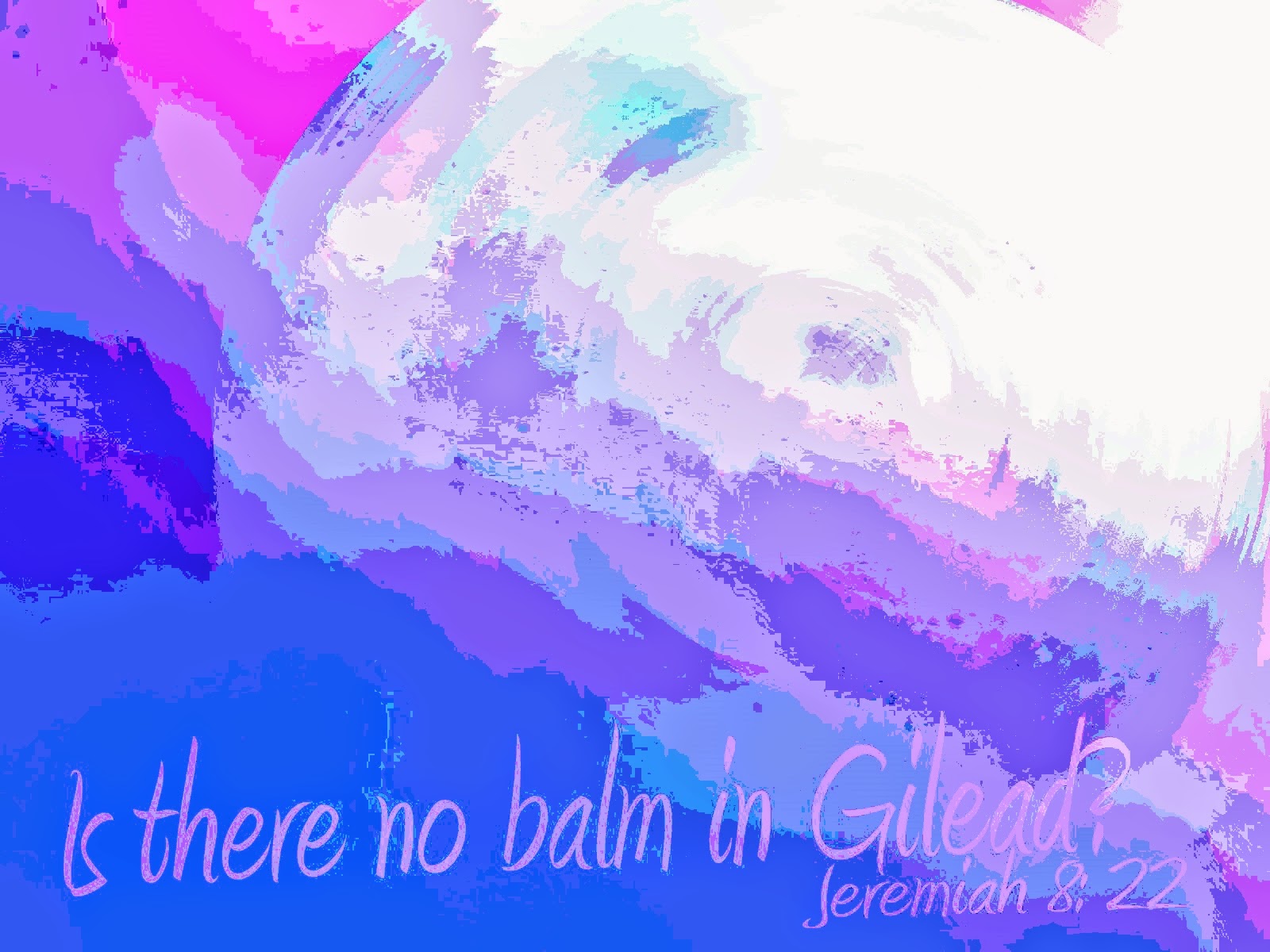 Presently my soul grew stronger; hesitating then no longer,
"Sir," said I, "or Madam, truly your forgiveness I implore;
But the fact is I was napping, and so gently you came rapping,
And so faintly you came tapping, tapping at my chamber door,
That I scarce was sure I heard you" – here I opened wide the door; –
Darkness there and nothing more. 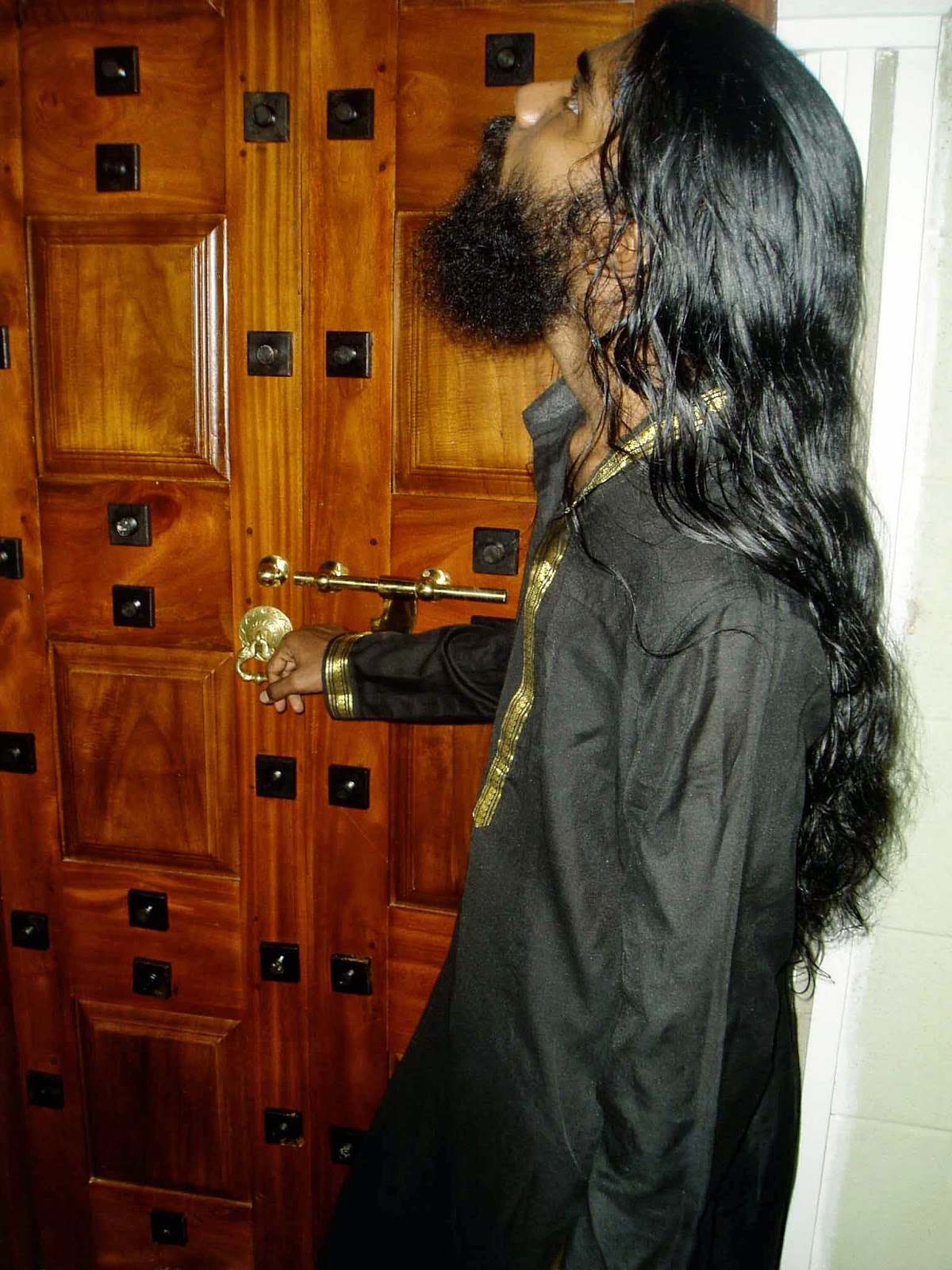 Deep into that darkness peering, long I stood there wondering, fearing,
Doubting, dreaming dreams no mortal ever dared to dream before;
But the silence was unbroken, and the stillness gave no token,
And the only word there spoken was the whispered word, "Lenore?"
This I whispered, and an echo murmured back the word, "Lenore!" –
Merely this and nothing more.

Back into the chamber turning, all my soul within me burning,
Soon again I heard a tapping somewhat louder than before.
"Surely," said I, "surely that is something at my window lattice;
Let me see, then, what thereat is, and this mystery explore –
Let my heart be still a moment and this mystery explore; –
'Tis the wind and nothing more!" 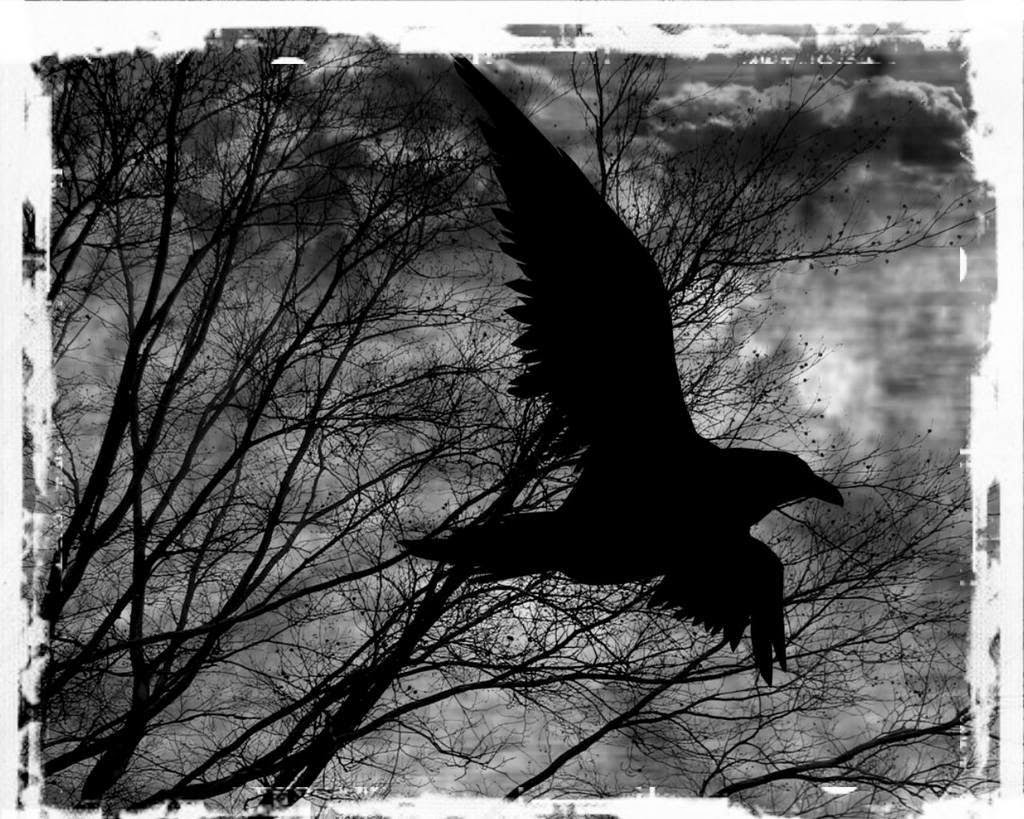 Then this ebony bird beguiling my sad fancy into smiling,
By the grave and stern decorum of the countenance it wore,
"Though thy crest be shorn and shaven, thou," I said, "art sure no craven,
Ghastly grim and ancient Raven wandering from the Nightly shore –
Tell me what thy lordly name is on the Night's Plutonian shore!"
Quoth the Raven "Nevermore."

Much I marvelled this ungainly fowl to hear discourse so plainly,
Though its answer little meaning – little relevancy bore;
For we cannot help agreeing that no living human being
Ever yet was blest with seeing bird above his chamber door –
Bird or beast upon the sculptured bust above his chamber door,
With such name as "Nevermore." 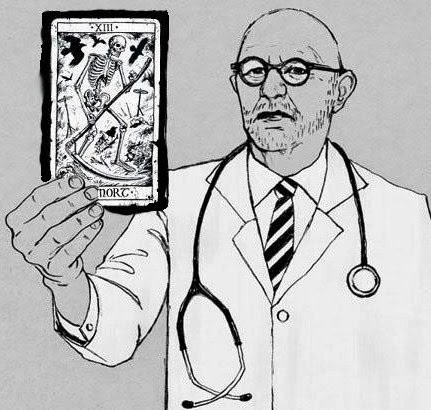 But the Raven, sitting lonely on the placid bust, spoke only
That one word, as if his soul in that one word he did outpour.
Nothing further then he uttered – not a feather then he fluttered –
Till I scarcely more than muttered "Other friends have flown before –
On the morrow he will leave me, as my hopes have flown before."
Then the bird said "Nevermore." 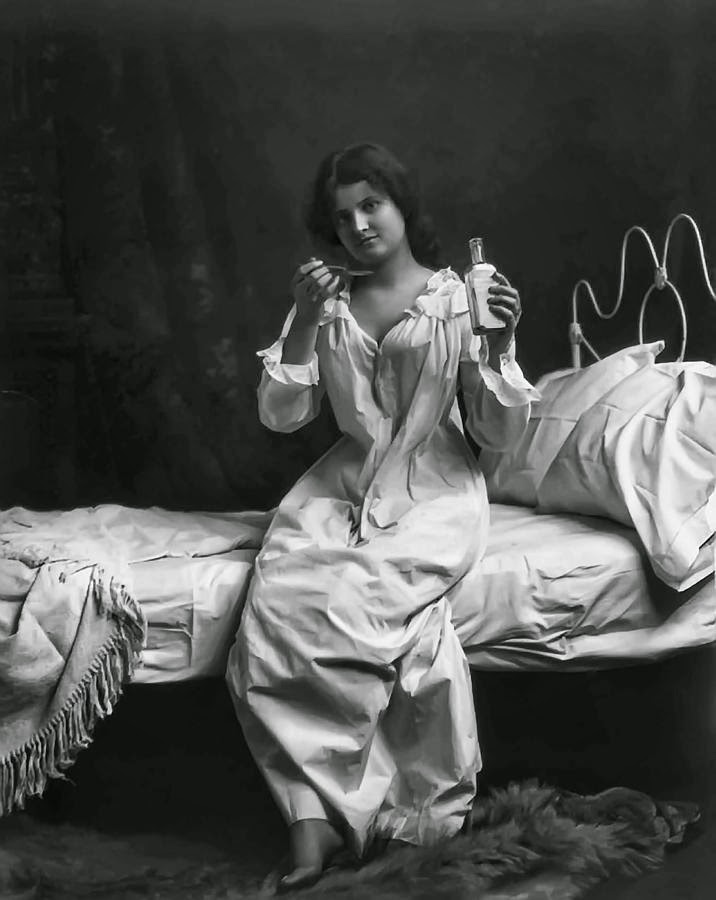 Startled at the stillness broken by reply so aptly spoken,
"Doubtless," said I, "what it utters is its only stock and store
Caught from some unhappy master whom unmerciful Disaster
Followed fast and followed faster till his songs one burden bore –
Till the dirges of his Hope that melancholy burden bore
Of 'Never – nevermore.'" 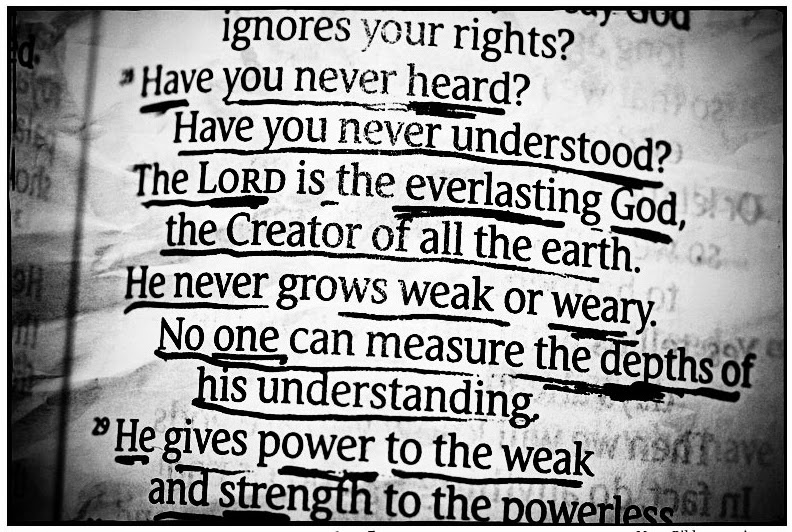 But the Raven still beguiling my sad fancy into smiling,
Straight I wheeled a cushioned seat in front of bird, and bust and door;
Then, upon the velvet sinking, I betook myself to linking
Fancy unto fancy, thinking what this ominous bird of yore –
What this grim, ungainly, ghastly, gaunt and ominous bird of yore
Meant in croaking "Nevermore."

This I sat engaged in guessing, but no syllable expressing
To the fowl whose fiery eyes now burned into my bosom's core;
This and more I sat divining, with my head at ease reclining
On the cushion's velvet lining that the lamp-light gloated o'er,
But whose velvet violet lining with the lamp-light gloating o'er,
She shall press, ah, nevermore! 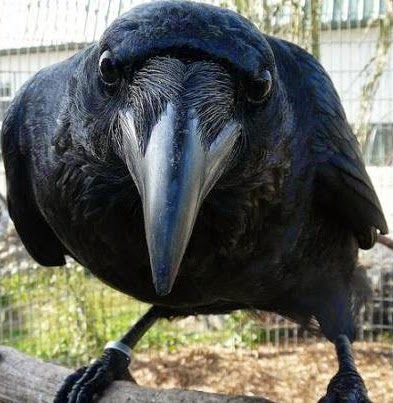 Then, methought, the air grew denser, perfumed from an unseen censer
Swung by Seraphim whose foot-falls tinkled on the tufted floor.
"Wretch," I cried, "thy God hath lent thee – by these angels he hath sent thee
Respite – respite and nepenthe, from thy memories of Lenore;
Quaff, oh quaff this kind nepenthe and forget this lost Lenore!"
Quoth the Raven "Nevermore." 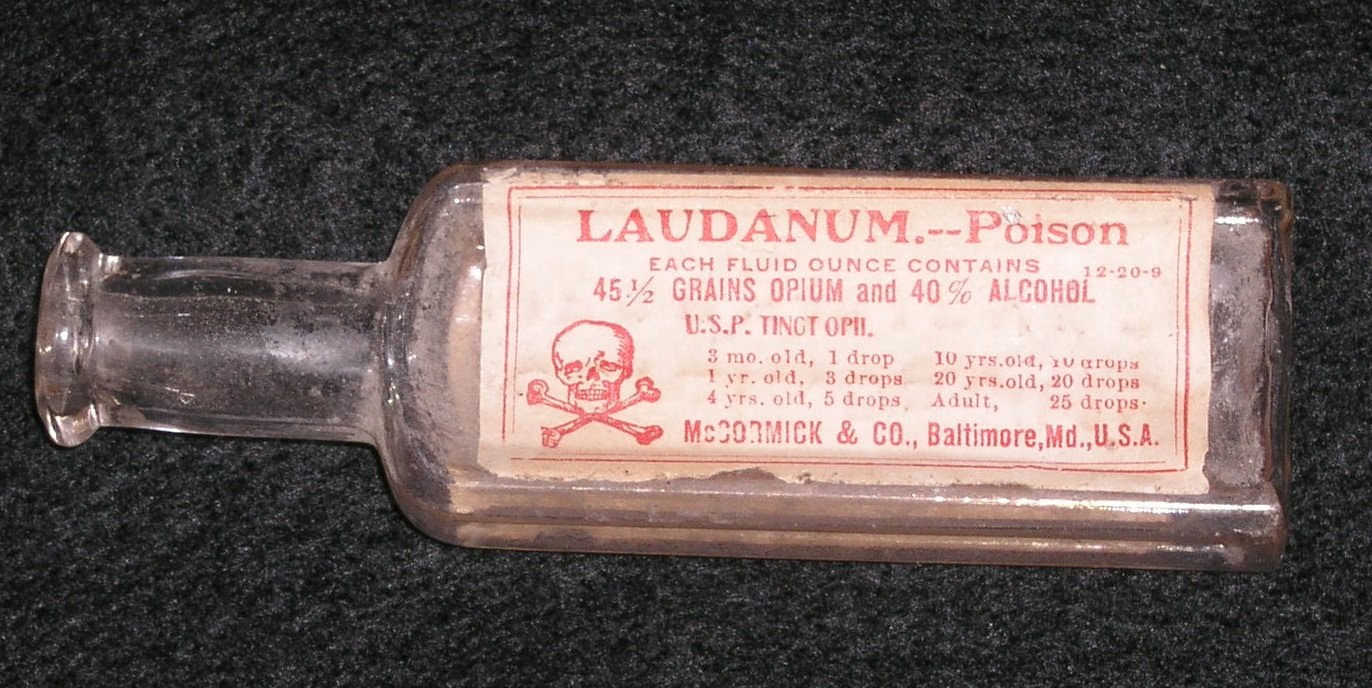 "Prophet!" said I, "thing of evil! – prophet still, if bird or devil! –
Whether Tempter sent, or whether tempest tossed thee here ashore,
Desolate yet all undaunted, on this desert land enchanted –
On this home by Horror haunted – tell me truly, I implore –
Is there – is there balm in Gilead? – tell me – tell me, I implore!"
Quoth the Raven "Nevermore."

"Prophet!" said I, "thing of evil – prophet still, if bird or devil!
By that Heaven that bends above us – by that God we both adore –
Tell this soul with sorrow laden if, within the distant Aidenn,
It shall clasp a sainted maiden whom the angels name Lenore –
Clasp a rare and radiant maiden whom the angels name Lenore."
Quoth the Raven "Nevermore." 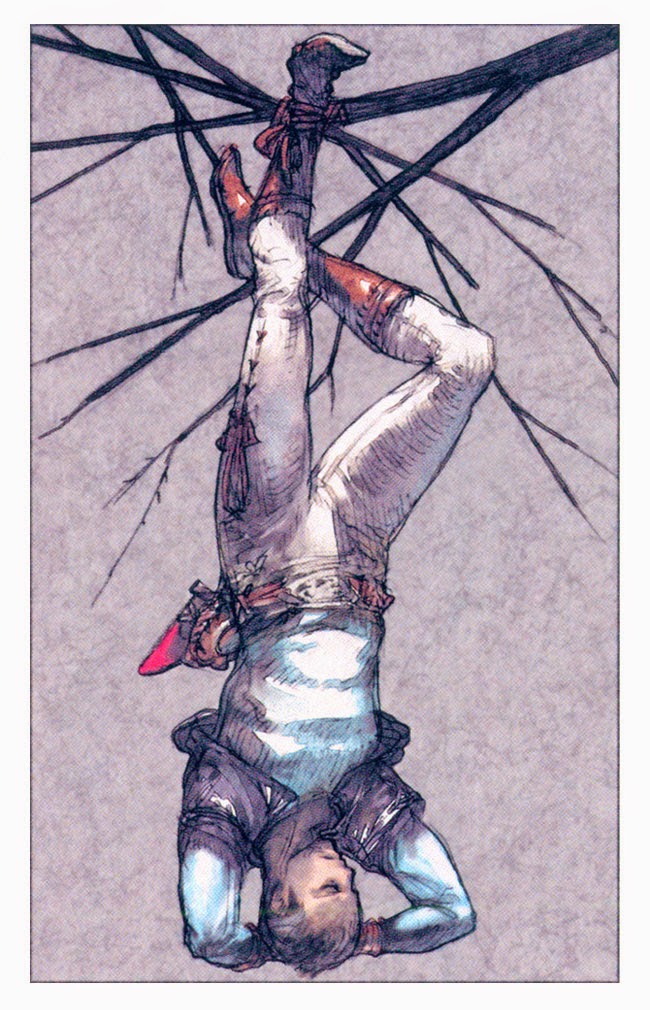 "Be that word our sign in parting, bird or fiend!" I shrieked, upstarting –
"Get thee back into the tempest and the Night's Plutonian shore!
Leave no black plume as a token of that lie thy soul hath spoken!
Leave my loneliness unbroken! – quit the bust above my door!
Take thy beak from out my heart, and take thy form from off my door!"
Quoth the Raven "Nevermore." 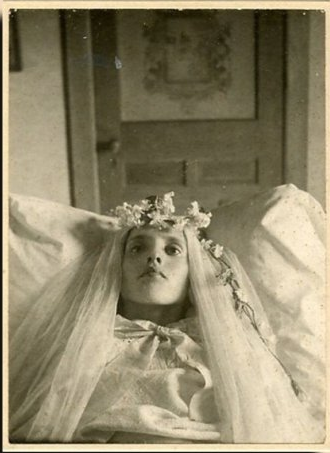 And the Raven, never flitting, still is sitting, still is sitting
On the pallid bust of Pallas just above my chamber door;
And his eyes have all the seeming of a demon's that is dreaming,
And the lamp-light o'er him streaming throws his shadow on the floor;
And my soul from out that shadow that lies floating on the floor
Shall be lifted – nevermore!

THE AFTERMATH. Never explain yourself! says the poet. All right then, I will. My dalliance with Poe is a shallow thing, and who knows if it will go anywhere. I certainly will NOT be writing any books about him. I have found a superb site hosted by the Poe Society of Baltimore, and I hope to slosh around in it in the coming days. It has simply everything - remarkably complete, even down to what his voice sounded like ("melodious", as poets' voices were often described, with a touch of Southern accent, the kind we hear in the polished and well-moneyed.  And in spite of dire poverty, he always affected a slightly shabby gentility.) 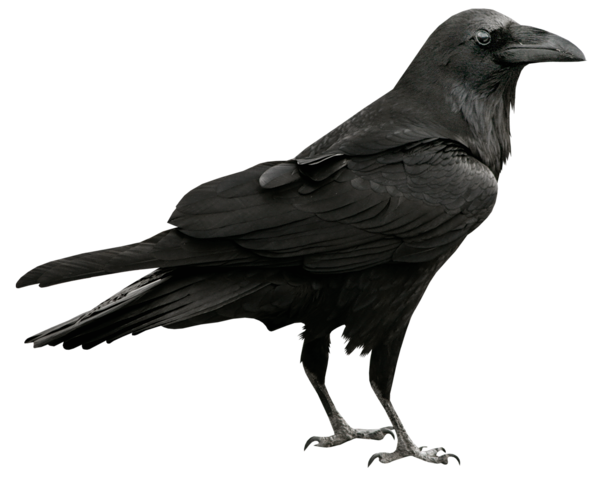 But this is my Poe moment. Having strung together a crazy assortment of subconscious images (and some people are SO annoyed at the lack of one-on-one or sequential significance to these, as I prefer to dredge them up from the depths of the Land of Bye-Bye), some of them taken from a weird old cartoon called Inky and the Minah Bird in which a mournful black bird trudges along, with an occasional hop-step, to  Mendelssohn's lugubrious Fingal's Cave - having done all that - yes, done all that - well - well - I bought a cask of amontillado, and. . . and. . .

Actually, I went for a walk. Sasamat Lake, a gorgeous place where I love walking, because the winding trail is bang up against the shore, so close you can dip your toe in. There's a white sand beach, and breeze, and many geese with goslings (we counted 18 babies last time, and by now they were almost as big as chickens and looking weirdly ostrichlike). We were delighted to see them promenade again, the adults with stiff necks and nodding heads which seemed to say, eloquently, "Bugger off, you humans, you're bothering me." 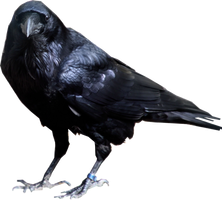 But it wasn't that.

When we arrived, just as we walked toward the white sands, we heard a - squawk.


This was a primal, even prehistoric sound, and soon it was joined by another voice even more evil and squawky, and then a third, and a fourth, and - God, how many were there?

"Ravens," I said to Bill. "It's ravens, and they're completely insane."

These ravens, at least four of them, or perhaps five or six, or even more, were not happy campers. The croaky squawks just escalated in frequency and volume until I thought I was in a Hitchcock movie. The resonance of their croaky Nevermore-ish throats just richochets and bounces off trees and rocks, and other ravens. This couldn't have been a good situation. Were they defending their territory? Nesting? Just plain pissed off?  I could see them wheeling in the sky, looking vaguely vulturelike above the treetops, while some of them hunched blackly in the branches. 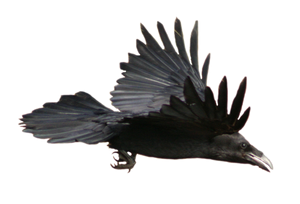 The squawking and awwhhk-ing went on and on, until we outwalked it on the trail. Still there was an echo behind us, crows on steroids, murderous birds whose deep-throated squawks made cawing seem melodious.  I had the thought: a murder of crows, yes, but ravens - ?*  (See footnote - at the foot, idiot!).

At any rate, in light of my Poe-ish mood, it did seem like serendipity, or at least synchronicity, if only of a darkish shade.

I have not had time nor energy to analyze The Raven - God, what an undertaking, if I may use such an expression! And I hear there are Poe scholars who make it their life's work to sift out the meaning of all this macabre stuff. But I did notice some dark humor in it, lines that others don't seem to have noticed (humor? In Poe?).

Back into the chamber turning, all my soul within me burning,
Soon again I heard a tapping somewhat louder than before.
"Surely," said I, "surely that is something at my window lattice;
Let me see, then, what thereat is, and this mystery explore –
Let my heart be still a moment and this mystery explore; –
'Tis the wind and nothing more!"

To me, this verse, if not ALL the verses, has the feeling of a black ditty, a rhyme and rhythm scheme that is almost fun. "Surely THAT is. . . at my window LATT-ice. . . what there-AT is. . ." He's funnin' us here, and he knows it. It sounds like a patter song from Gilbert and Sullivan, perhaps "I am the very model of a modern Major-General".

And thinking the bird's name is Nevermore - why, that's nothing but an early version of "who's on second, what's on third"! 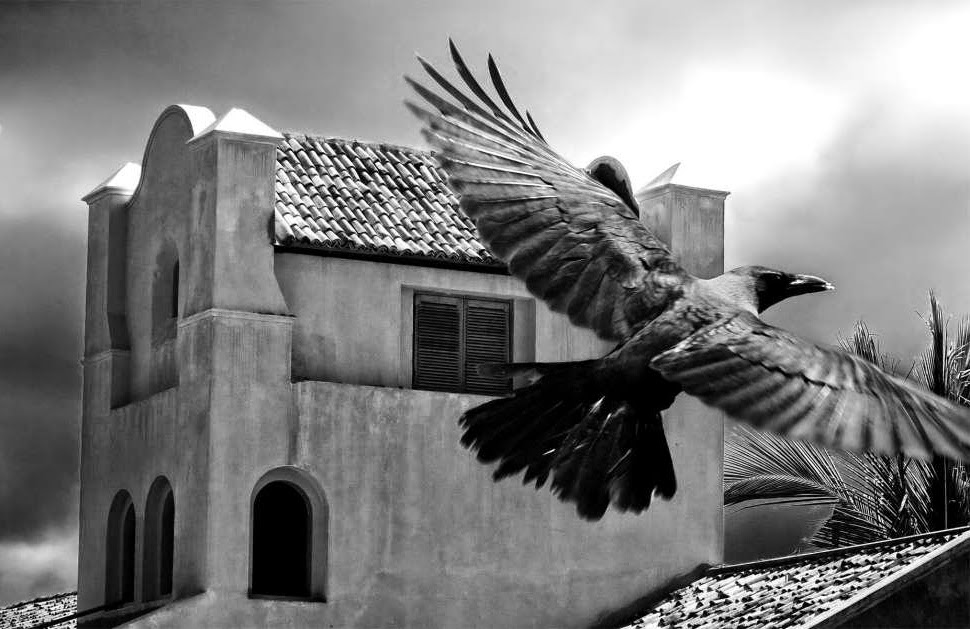 Surely Poe was one of the strangest men, who wrote one of the strangest poems, at the strangest time. For The Raven, which ran in an American newspaper, he was paid $17.00, not enough to keep him in amontillado for a week. Sometimes he was destitute enough to break up and burn his chairs for warmth in the winter - can't you see it? Poe always having to stand up? No wonder he looked so desperate!

But for him, this crow on steroids is an appropriate companion. The ideal Poe pet.  AWKKKKHH! 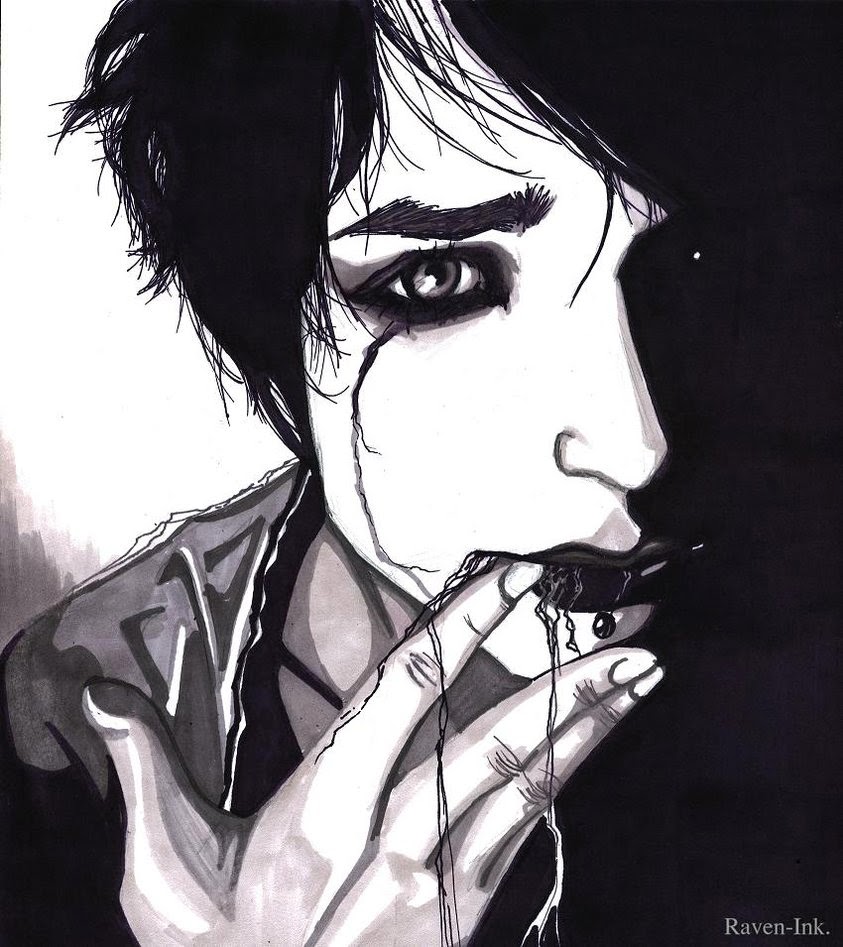 *Collective nouns for the corvids varies.

A parliament of ravens is a reference to the robes the members of British parliament wear.

An unkindness of ravens is another collective used because the birds are known to taunt and torment other predators. They will work together to steal prey and drive off raptors or dogs in the raven's territory. As in Poe's poem, ravens have an ominous image

A constable of ravens is what the roosting birds that live in the Tower of London are called.

A conspiracy of ravens refers to their low rough group muttering. Ravens have a range of vocalizations that sound like undecipherable talk.

Posted by Margaret Gunning at 10:57 PM No comments: