(In dishonour of my returning nightmares of Milky the Clown, and because I don't feel like writing anything, here is a pre-summer repeat of a kind-of-favorite/not-too-bad post.) 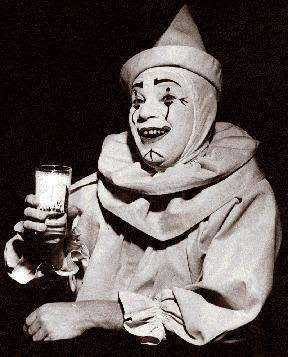 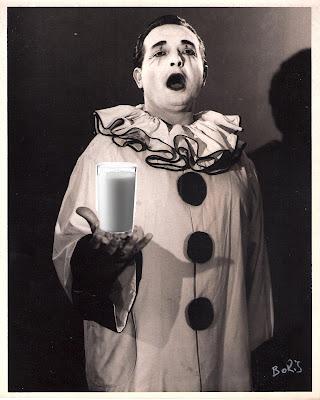 When somebody puts on such strange things to wear,
The human condition is truly laid bare.
I ask, what's the point of all this tom-foolery?
It triggers in me a deep incredulity. 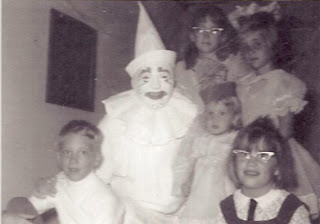 Now here is a clown who caused me great dread.
In childhood this creep rented space in my head.
His name was Milky, which was awfully scary,
Just clowning and whoring for Twin Pines, the dairy. 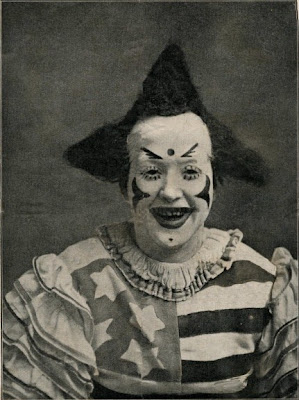 Before John Wayne Gacy came ambling along,
There was this guy here. And he was just wrong.
He wore stars and stripes for some unknown reason,
Though flag mutilation's a high form of treason. 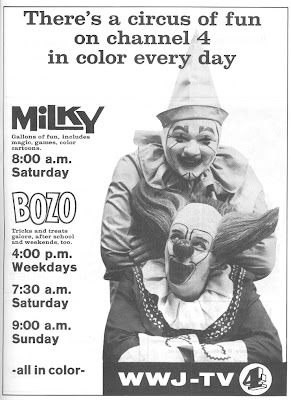 Back when I lived near old Detroit town,
I saw a strange act performed by a clown.
When he mounted his friend, to my child's mind,
of course he
Was riding on Bozo, just playing at horsey.

When I saw this old photo of black-and-white clowns,
I climbed on a bridge and just threw myself down.
There's Milky and Bozo, the two that were lovers,
Jingles, and Whatsis - who cares, they're all mothers. 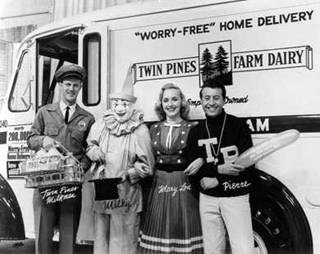 This clown guy I mentioned, and those of his ilk
Did a lot of hard-selling by sucking down milk.
In Milky the dairy thought they would invest - right?
Then found out that he was a flaming transvestite. 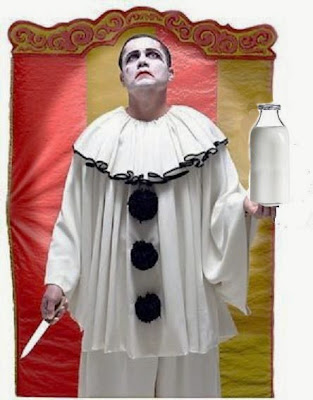 Twin Pines weren't aware that they'd started a fashion.
Soon clowns 'round the world drank their milk with a passion.
And poor Pagliaccio was filled with a rage,
So he drank milk, then  killed his poor wife right on-stage. 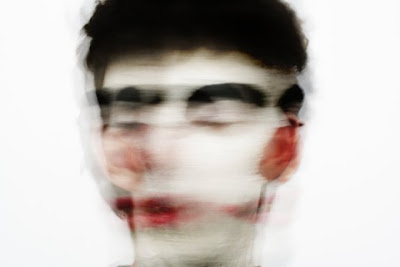 With hijinks like this, some dark force was released.
The ringmasters shot themselves: all were deceased.
Clowns threw nasty fits, banged their heads on the wall:
These Komedy Kapers weren't funny at all. 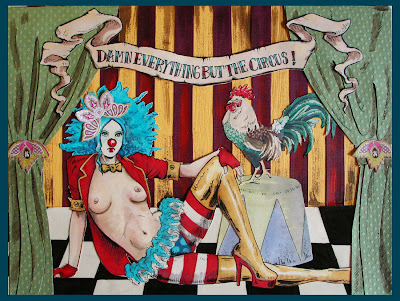 If this gets much weirder, I'm going to be sick.
I've never laughed once when a clown did his trick.
I can't speak for you, but I think this is rude -
I never knew clowns were this nasty and lewd. 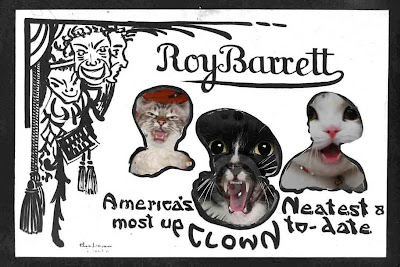 Milky is dust now, and Bozo is dead.
Their romance still haunts me and lurks in my head.
I hate clowns, I hate them, I'll never be free,
They never will get one guffaw out of me. 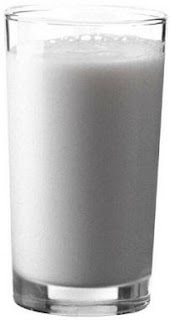