I get thinking about all this sometimes, about the songs of my youth. Most of the really lush '60s pop hits came out mid-decade, when I was old enough to appreciate them, and they're recorded in my brain even more indelibly than my marriage vows.

There was a whole genre of hits which I call the "I'm not good enough for you/you're not good enough for me" style of song. The gold standard of this mass of music was Billy Joe Royal's Down in the Boondocks (which for some reason my Grade 5 class loved to parody as "down in the outhouse"). This was the first time I paid attention to a lyric which told a tragic tale of inadequacy - in this case, his, as he slaves away on the docks and pines for an unattainable princess ("Ev'ry night I watch the lights from the house up on the hill/I love a little girl who lives up there and I guess I always will").

Because this fellow is a sweaty, grease-caked Neanderthal, or at least a poor guy whose lunch money has been known to be blown on reefer, he feels inadequate. Near the end of the song we learn the two of them are meeting in secret, but the question is, does she make him shower first?

The female character in this drama looks to me like a prom queen with not a hair out of place. Or perhaps she is wearing white, like a virgin at a purity ball. But you can't tell me she doesn't like to lower herself. And that's how she sees it, make no mistake. She doesn't WANT him smartening himself up like he says he will ("One fine day I'll find a way to move from this old shack/I'll hold my head up like a king and I never never will look back."). The grease and sweat and funk and penniless penury turn her on, and both of them know it. But when it comes time to marry, goodbye Billy Joe.

The amazing Frankie Valli and the Four Seasons spewed out several tunes in this genre. Dawn was one of the best, especially that dreamy intro, "Pretty as a midsummer's morn,/They call her Dawn." You either love Vallli or hate him, and I admit he does sometimes sound like a man whose shorts are too tight. But he also had a certain earnestness, and a definite tough-guy charm that came across in nearly every song (with the possible exception of Walk like a Man, which was impossible to take seriously sung in falsetto). Dawn was kind of like Boondocks, in that the fellow feels so inadequate that he sings over and over, "So go away, please go away. . . Baby don't cry, it's better this way!"

He even, incredibly, begs her to marry the rich guy: "Think what a big man he'll be. . . Now think what the future would be with a poor boy like me!" Masochism was never finer than this. The nobility here, spurning his love and sacrificing his happiness for her financial wellbeing, is, well, a bit much, but it's the gentlemanly thing to do. What he's hoping for, of course, is that she will kick over the traces and say, "I won't go away! I am the love of your life! I don't care which side of the tracks you're from! I love you! I love you! I love you!" (etc. etc.)

The flip side of all this male grovelling is Rag Doll, in which the girl isn't quite good enough for HIM, though he won't admit it. She's a secret Cinderella who deserves so much more than her shabby, shameful circumstances: "Such a pretty face should be dressed in lace." Though he insists "I love you just the way you are," he also seems determined to get her out of this mess, to smarten her up a bit so she won't draw the wrong sort of attention when they're sipping Coke floats at Pop Tate's Chock'lit Shoppe ("hey, who's the skank who's going with Frank?"). I can't help but see Rag Doll, who isn't even given a name, as sooty-eyed, skimpily-clad, with hair hanging down both sides of her face like a basset hound's ears. Is she "easy"? Well, can you guess? Rag dolls are passive, pliant, so easy to dress - and undress.

Princess in Rags by Gene Pitney (he of Town Without Pity fame) echoes most of these themes, including his determination to "work and slave, scrimp and save, to change those rags to silk and lace". "All her wealth is in her charms," the pop bard insists, "and the sweetness of her arms/How I love my poor princess in rags." Once again there's an inference of meeting on the sly, the neighborhood girl everybody knows about, the one who will "put out". Funny that rags come up more than once - don't know which song came first, but they cover similar ground, including the fairy-tale sense of an unrecognized royalty hidden from the world (but plenty seen by HIM, especially after he removes those rags).

I bogged down at Gary Puckett and the Union Gap, though they had a slew of hits in the early '70s, including one that almost fits the genre. I think their first hit was Young Girl, in which an underage siren is being told to hit the road before something illegal happens. The power inequity has more to do with age than economic status, but it's still there, and she's still being told to get lost. The subtext is that she is a nasty little Lolita who keeps pestering him. Being too young, like being too poor, lends a stigma of sluttishness, of too much makeup, the familiar sooty-eyes-and-basset-hound-hair syndrome.

Hang On Sloopy is just the opposite: don't take off, hang on! This is about a girl who lives in a very bad part of town, with obviously loose morals, but she is oh, so misunderstood: "Sloopy, I don't care what your Daddy do (janitor? Pimp? Hit man?)/'Cause you know Sloopy girl, I'm in love with you." I can't help but see the similarity between "Sloopy" and "sloppy", a sort of literal looseness, and there is even a reference to letting her hair hang down, a symbolic phrase if ever there was one. I don't know if the McCoys ever had another hit, but this one guaranteed them a place in the wrong-side-of-the-tracks hall of fame.

(A side note: for some unknown reason, references to "Daddy" abound in these songs. In Boondocks, he's the thwarted suitor's employer; in Princess in Rags, he's a pathetic, "worn-out man" who can't even put food on the table. I'm reminded of that song, whoever recorded it: "in the summertime when the weather is hot. .  ": "If her Daddy's rich, take her out for a meal/If her Daddy's poor, then do what you feel": another line that reeks of unequal social status and the quasi-ownership that still shows up in wedding ceremonies when Daddy "gives the bride away").

I hesitated to include I Who Have Nothing here, as caterwauled by Tom Jones, but the lyrics are so funny I couldn't quite omit it. "He, he buys you diamonds. . . bright, sparkling diamonds. . . but believe me. . . hear what I say. . . he can buy you the world but he'll never love you the way. . . I LOVE YOU!" But I have saved the best until last. 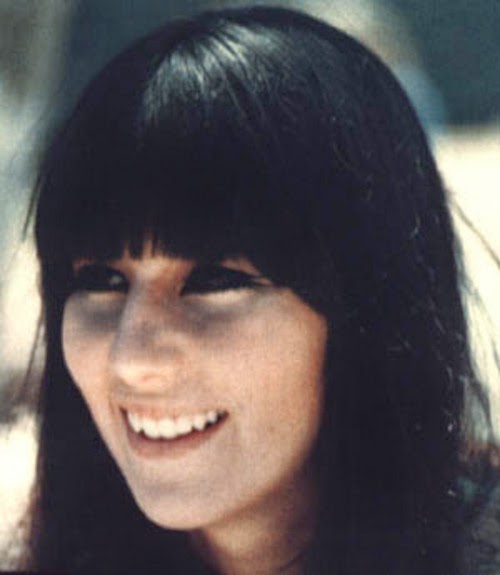 Long before she was a superstar on her own, Cher coattailed behind a seemingly lamebrained young man with a  fake-fur vest and bangs, Sonny Bono. Sonny "made" Cher in more ways than one, and even wrote some of her best songs early on, including Baby Don't Go, one of the finest pop numbers ever. At that point Cher sang in a fresh, natural alto that had real warmth, bringing out the heat in the simple, poignant lyrics. It's the only song in this category written from the girl's point of view, expressing her her hurt, her needs and desires.

I never had a mother,
I hardly knew my dad
I've been in town for eighteen years
You're the only boy I've had
I can't stay,
Maybe I'll be back some day

I never had no money
I bought at the second hand store
The way this old town laughs at me
I just can't take it no more
I can't stay,
I'm gonna be a lady some day 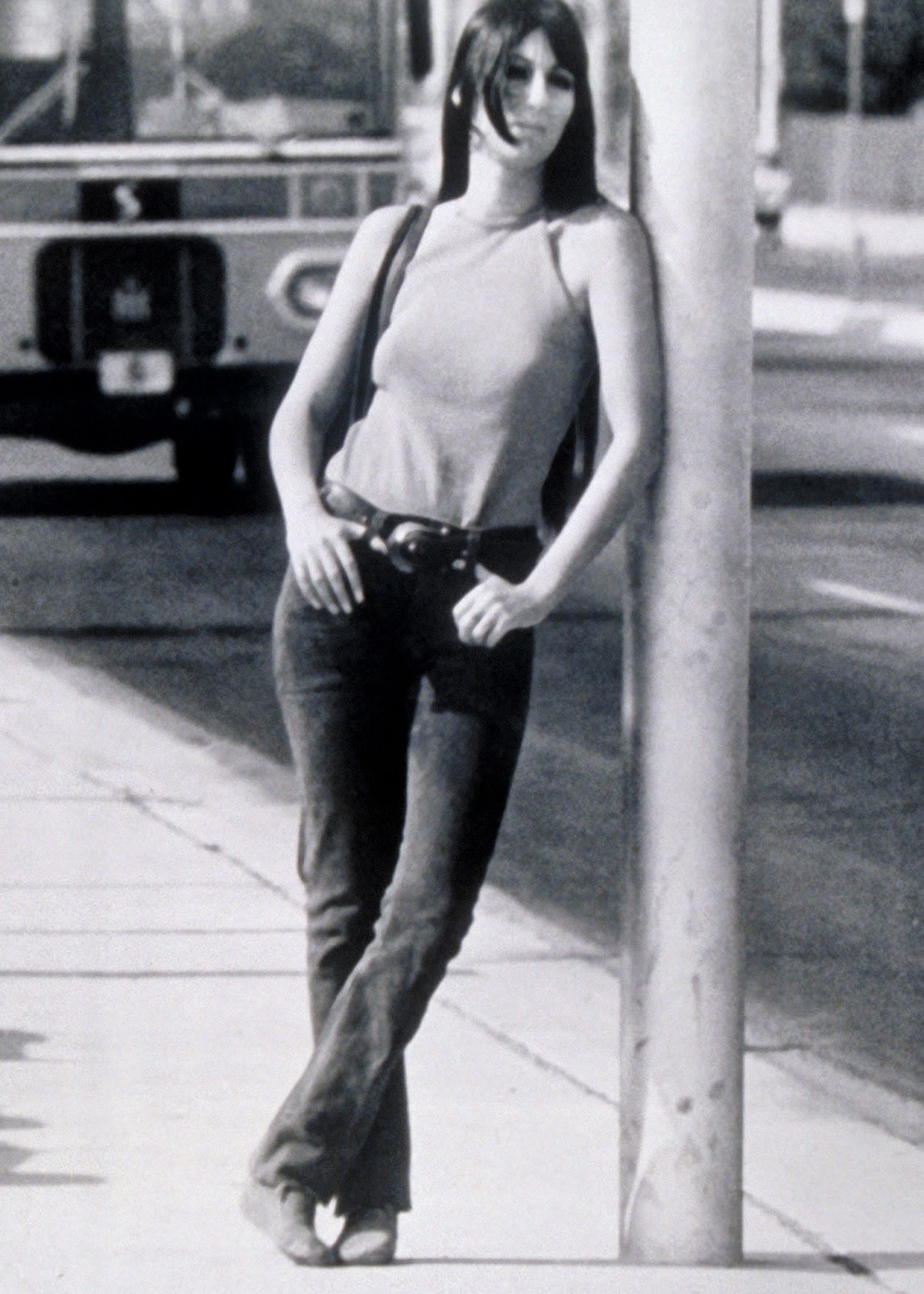 When I get to the city,
My tears will all be dry
My eyes will look so pretty
No one's gonna know I cried
Yes I'm goin' away,
Maybe I'll be back some day 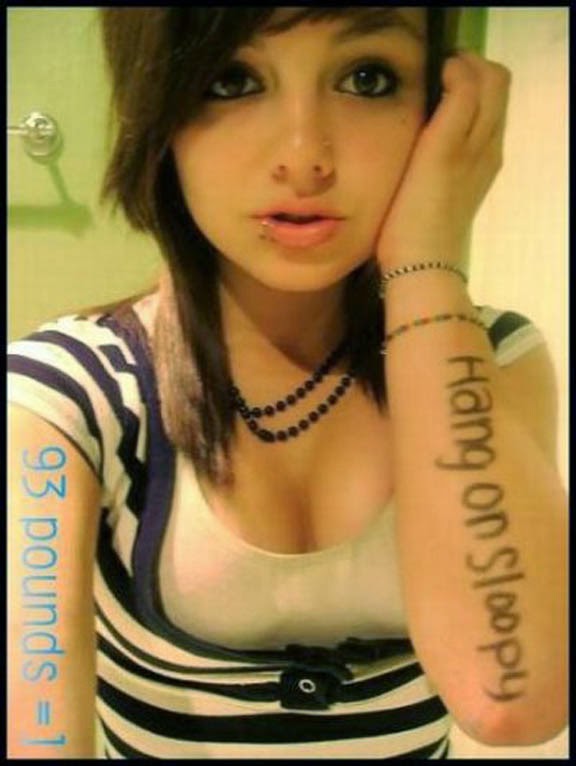 In this case, instead of the boyfriend making himself worthy of her, or making HER worthy of HIM, this girl is making herself worthy in her own eyes, a quest for dignity and real self-esteem. It's about the only song I can think of with those dynamics, which is what makes it so touching .Though she insists "you're the only boy I've had," there's an inference of nasty rumors, of pregnancy and having to escape to go into hiding or "get rid of it", which may or may not be true. And then there is that chorus, my God, it's incredible: it's very close, tight, dissonant harmony, the kind you don't hear in pop, its overtones suggesting a train whistle late at night, and all the longings of a girl running far away from the hell and damnation of a pitiless small town. 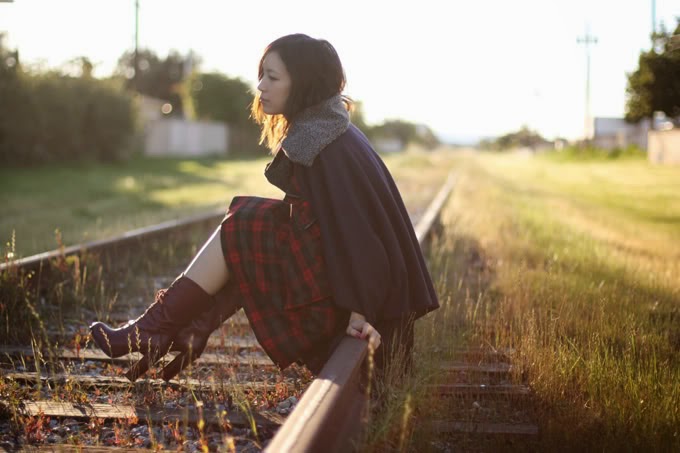 Posted by Margaret Gunning at 3:31 PM No comments: 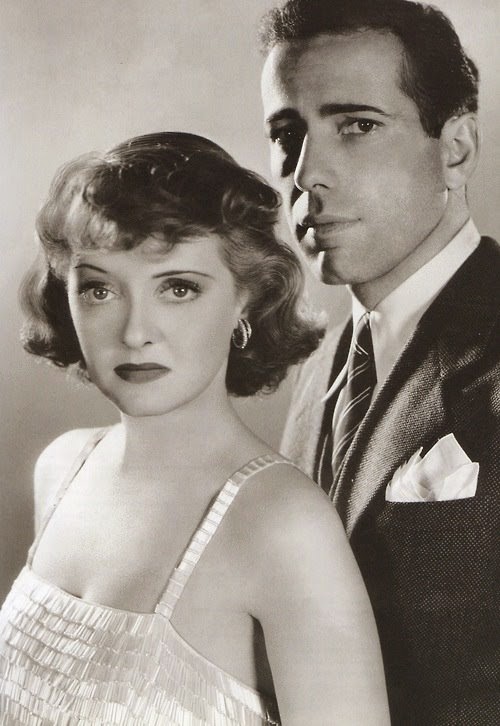 I would have to call these two my favorites from Old Hollywood. They acted the stuffings out of a part while keeping it real. And they were gorgeous: the camera ate them up.

Both of them smoked too much, but Bogie fell far sooner, in an awful sort of way, consumed. He kept smoking even after contracting fatal throat cancer. Perhaps it was a "what the hell, it's coming anyway" thing. Somehow Bette was tougher, but cancer devoured her too, eventually, until she was an unrecognizable wraith.

Our heroes flare briefly. It's always brief, when you think about it. Each of us climbs only a tiny segment of the wall (just like Harold and his fake aerial sets in Safety Last). It's hard to put any of it together. I once had the thought that if you kept going back and back, and back and back and back, through the thousands and mega-thousands and millions and billions of ancestors that spread out exponentially behind you, you would eventually reach the first cell of life that winked on out of nothingness.

We all go back to the primordial ooze. There goes the  neighborhood.