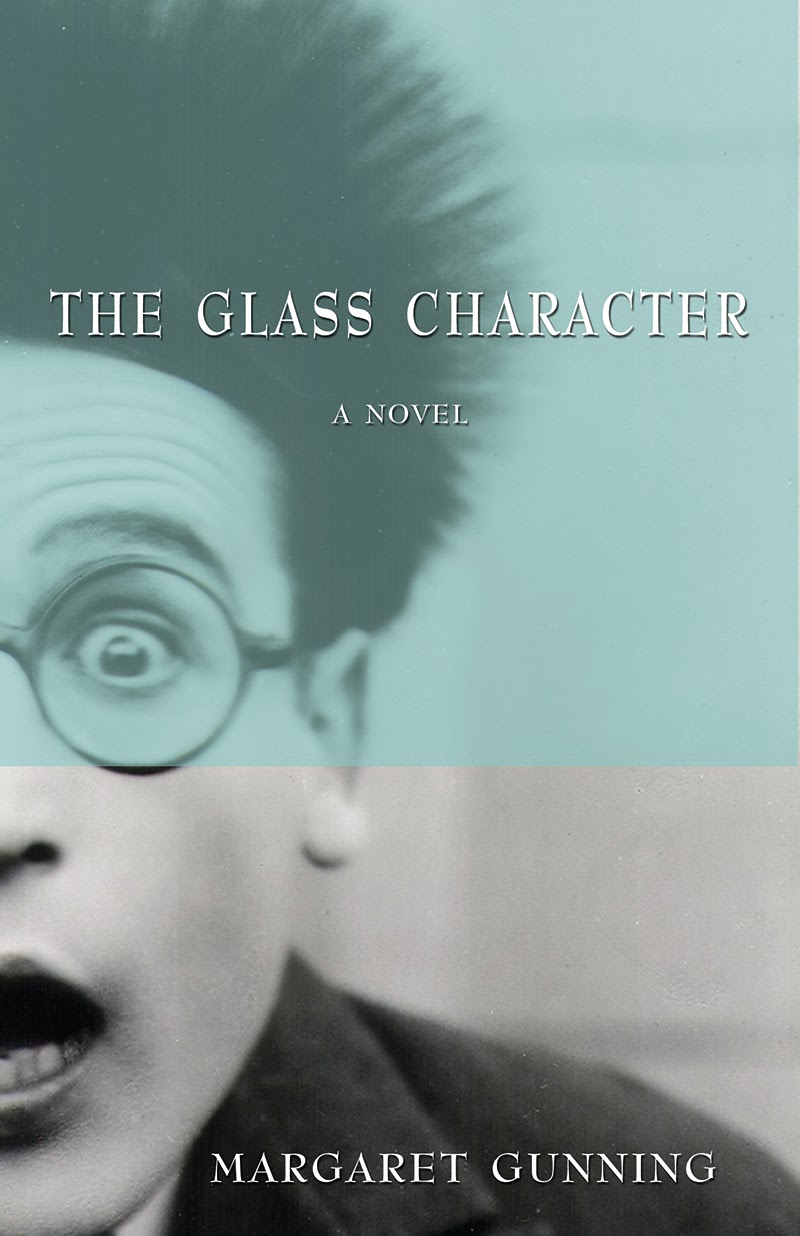 At last: my love has come along!  Harold Lloyd, who has obsessed my brain and ruled my heart for SIX years, is ready to show his face on the cover of my forthcoming novel, The Glass Character.

I've been looking at him for so many years, it seems strange that now he's looking back at me in one of his most famous (alarmed porcupine) poses. And though The Glass Character (Thistledown Press) won't be available for a few weeks yet, the cover has been finalized, and my excitement knows no bounds.

It's hard to know where to begin. Why Harold Lloyd? some people have asked me, and I have never completely figured it out. It's not as if I suddenly thought "this subject would make a good next novel", because I wasn't thinking in those terms. After two well-received but not-spectacularly-selling novels, my mind was turning to blogging and other more practical things.

Then Hurricane Harold moved in, a storm-front who knocked over whatever order there was in my life. Broke the whole thing wide open, sometimes quite painfully.

Harold Lloyd - and I've given this blog over to him, pretty much - was a legend in silent film, known variously as "the guy with the glasses" and "the man on the clock".

I must have seen one of his movies on Turner Classics - in fact, without Turner Classics this novel never would have existed. I think I tuned in partway through The Freshman, the scene where his suit falls apart. I started laughing and didn't stop.

The thing about Harold Lloyd's comedy is -  it's funny. It makes you laugh. It isn't cerebral, it isn't sociological, it isn't "of its time" - it's of this bloody time, and  funny enough to knock you right out of your chair.

So how did that initial fascination leap across the gap to an actual story, sustainable for 307 pages? Hard to say. Suffice it to say I fell in love. And a story of romantic/erotic obsession was born.

Now that we're out of the finalized-front-cover starting gate, I'm going to be writing more and more about this, because it would be too bad if this one (like the other two) got splended reviews and hardly any readership. Everything has changed since my last novel - and, more to the point, I have changed in ways that can't really be quantified.

("Quantified" - sorry about that!)

When I tell people I've spent six years on this project, they always say, "Oh, man, that must have been slow to write." They don't understand. It took a year and a half to write, and three and a half years to get to the point where it is actually in the starting gate and will soon (soon, soon. . . ) be in the stores.

I can't possibly get it all in now. I'm still trying to believe it. And though I will do everything I can think of to get the word out, I realize it's a whole different world: not only since I published my last novel Mallory, but since I began writing The Glass Character in 2008.

2008 sounds like a million years ago. So much has changed, I don't know where to begin. But he's coming soon to a book store or Kindle near you, folks: The Glass Character, Thistledown Press.