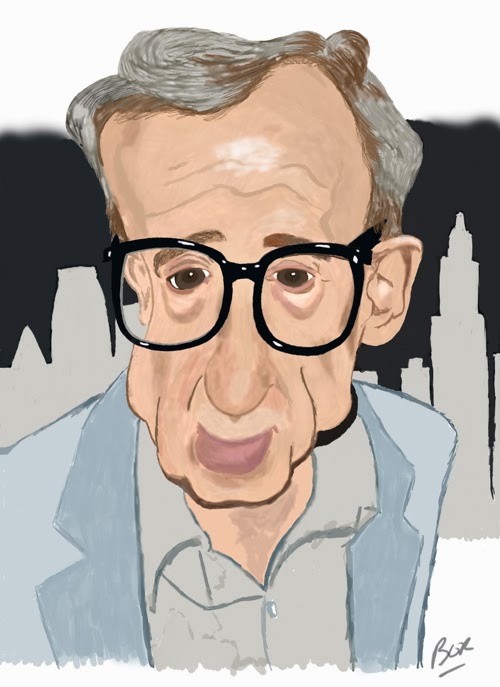 Blogger's note: This is just a little piece that ran in Esquire, an update of a much earlier article that must have been ignored at the time. I remember trying to watch Hannah and her Sisters again a few years ago and having to turn it off because of all the child-molesting jokes. Yes, jokes. While this isn't legal proof that Woody Allen is a pedophile, it does reveal a sickening and stomach-turningly insensitive attitude towards the most horrific form of child abuse.

That astonishing "oh, you were lucky, I WISH I had been molested" attitude is something I have actually heard people say. Everybody knows they enjoy it, after all. So it's no big deal, even pleasurable for them (or, even better, it initiates them into sex, which is doing them a favor).

What has always struck me about sexual abuse is that people can look right at it and not see it. When a lot of women and men stepped forward in the '80s and '90s to claim they had been psychologically devastated by incest, a juggernaut called the False Memory Syndrome Foundation sprang up to run them over.

To some degree, it worked, but I can't help but notice a persistent theme in reality TV shows, the kind that feature people who weigh 600 pounds and can't get out of bed, or live in a festering landfill of rats and garbage heaped to the ceiling. Almost all of them say they were molested as children. Either they all got together and formed a Let's Pretend We Were Molested club, or they are revealing the horrific psychological aftereffects of being violated, a force that leaves a legacy of jaw-droppingly extreme damage that can be permanently crippling.

We laughed at this stuff. Think of it. I don't know why - it was like laughing at holocaust victims (which some people also do). It was a way of acknowledging abuse and burying it at the same time, joking it away as trivial, so that even if it IS happening, it's no big deal. Dylan Farrow's accusations are, in my mind, becoming more and more plausible. But what makes me furious are the statements I keep hearing: "We can't comment on this because nobody really knows what went on in that attic." It's a neat way of avoiding indicting a beloved and rich and powerful figure, while at the same time leaving Dylan's accusations in that hazy area of "false memories", memories that were "implanted" by her hysterical mother.

Two people know what happened - I believe - but for absolute certain, one does, and he was the one who held all the cards, a father-figure to Mia's children (in spite of his strenuous denials) for years. If he did those things that Dylan Farrow is talking about, he will never confess to it because he truly can't or won't see what all the fuss is about. 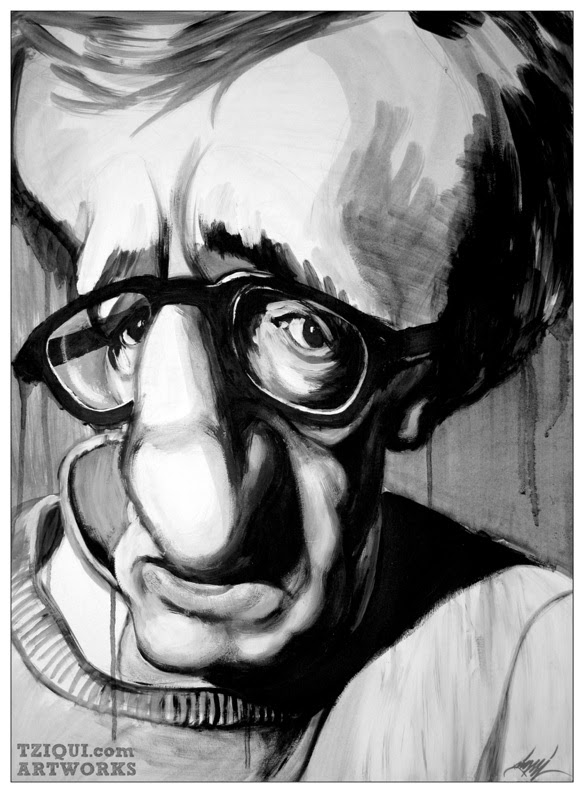 The newly-chilling themes that you can see throughout his movies

FEBRUARY 5, 2014: This post has been updated to include more examples from Woody Allen's films.


MICKEY: Why all of a sudden is the sketch dirty?
ED: Child molestation is a touchy subject, and the affiliates...
MICKEY: Read the papers, half the country's doing it!
ED:Yes, but you name names.


The above is from an early scene in Woody Allen's 1986 film, Hannah and Her Sisters. I've been thinking about it since reading Dylan Farrow's essay in The New York Times, accusing her adoptive father of molesting her when she was a child. The allegations are nothing new. Nobody except Dylan Farrow and Woody Allen knows what happened in that attic, and no one else ever will. But the sheer vividness with which Farrow recounts the experience, as well as the forum in which she does so, is enough to make even the most ardent fan reevaluate an artist's entire body of work, especially one as personal as Allen's.
So what happens when you go looking for evidence of sex crimes in Woody Allen movies? If you look, you find it, again, and again, and again. 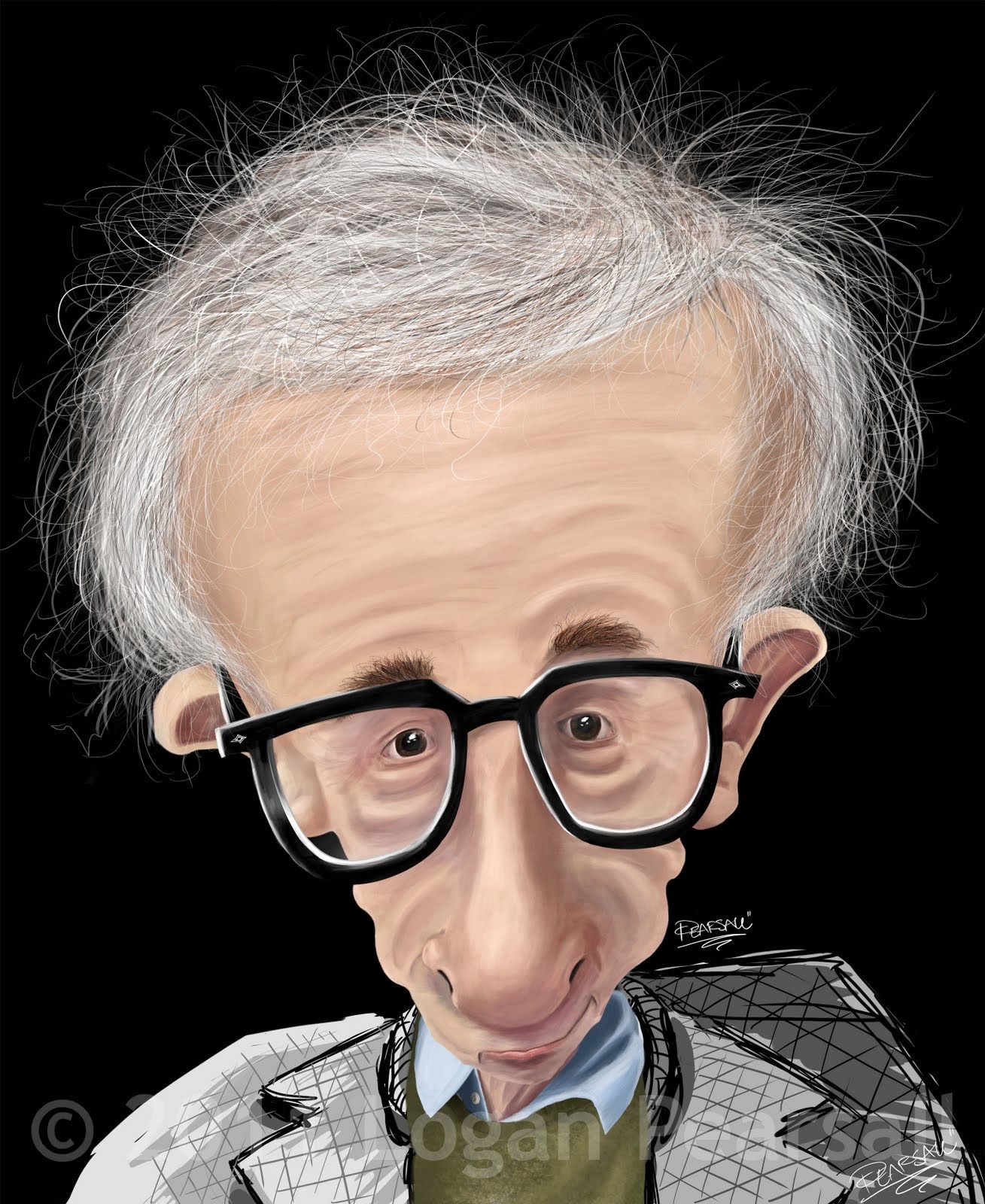 Take this scene from Manhattan, when the Allen character, Isaac, introduces his new girlfriend to his friends.

YALE: Jesus, she's gorgeous.
ISAAC: But she's seventeen. I'm forty-two and she's seventeen. I'm older than her father. Do you believe that? I'm dating a girl wherein I can beat up her father. That's the first time that phenomenon ever occurred in my life.
EMILY: He's drunk.
YALE: You're drunk. You know you should never drink.
ISAAC: Did I tell you that my ex-wife—
EMILY: Who, Tina?
ISAAC: My second ex-wife is writing a book about our marriage and the breakup…It's really depressing. You know she's going to give all those details out, all my little idiosyncrasies and my quirks and mannerisms. Not that I have anything to hide because, you know...but there are a few disgusting little moments that I regret. 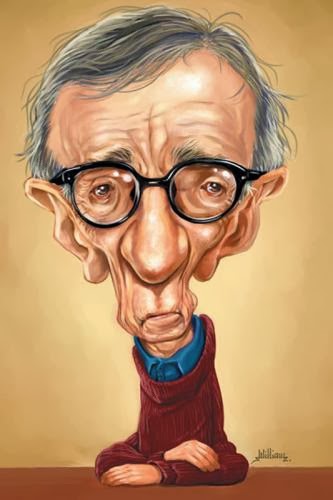 How are we supposed to read "a few disgusting little moments that I regret" when Isaac is dating a girl still in high school? And what are we to make of the scene in Love and Death (1975), in which the wise Father Andre tells the Allen character, "I have lived many years and, after many trials and tribulations, I have come to the conclusion that the best thing is…blond twelve-year-old girls. Two of them, whenever possible”? Or this exchange from Stardust Memories (1980), in which the Allen character, Sandy, hints at incest when talking with his lover Dorrie about her father?

SANDY: What about you? Did you have a little crush on him? You can admit this to me if you like.
DORRIE: Sure, we had a little flirting.
SANDY: A little small flirt? Mother away getting shock treatment, and the only beautiful daughter home. Long lingering breakfasts with Dad.
In a later scene, Sandy and Dorrie have the following argument, while in the background a large newspaper headline on a wall reads "Incest between father's..."
SANDY: I'm not attracted to her. What are you talking about?DORRIE: Staring at her all through dinner. Giving each other looks.

SANDY: Stop it. She's fourteen. She's not even fourteen. She's thirteen and a half.
DORRIE: I don't care. I used to play those games with my father, so I know. I've been through all that.
SANDY: What games? You think I'm flirting with your kid cousin?
DORRIE: You smile at her.
SANDY: Yeah, I smile at her. I'm a friendly person. What do you want? She's a kid. This is stupid. I don't want to have this conversation.
DORRIE: Don't tell me it's stupid. I used to do that with my father across the table. All those private jokes. I know. 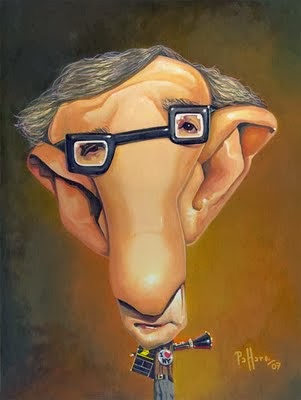 Incestuous themes—stated or implicit—seethe throughout the whole of Allen's career. Here's a snippet of dialogue from Honeymoon Motel, a one-act play produced three years ago:

FAY: I was a little girl. I had an Uncle Shlomo…
NINA: Oh Mom!
FAY: Three fingers, he tried to molest me. Suddenly, three fingers I feel fondling me—
JUDY: What's the three fingers got to do with it?
FAY: It's hard to explain, but most people get groped by five.
SAM (to FAY): At least you were molested. I didn't have sex till I was twenty-five—you were the first one.


That idea: that sexual exploitation and education are conjoined also runs through the Allen canon. In Whatever Works (2009), the Allen character (played by Larry David) marries a childlike twenty-one-year-old, returning to the basic romantic situation that has motivated Allen's work from the beginning, and which you can see even in Annie Hall (1977): A man educates the women he sleeps with. He raises them. Once they're raised, he's no longer interested.

So what are we supposed to do? Every comedian alive, every writer alive, has been influenced by Woody Allen. In a way, the dilemma this poses is nothing new. Artists can be scum. Every grownup knows this. Roman Polanski was convicted of violating a thirteen-year-old girl, but he still made Chinatown. A recent biography of the German essayist Walter Benjamin, a personal intellectual hero of mine, revealed that when it came to his wife and child, he was, not to put too fine a point on it, an irresponsible asshole. The first compiler of the tales of King Arthur, Sir Thomas Malory, was a well-known rapist. Separating the quality of the art from the life of the artist is necessary for anyone who wants to enjoy anything.

But with Woody Allen, such a separation is impossible, because his movies are so thoroughly about himself, and about his own condition, and, as it turns out, the moral universe in which he exists—one in which there is no expectation of justice. Consider the final conversation in Crimes and Misdemeanors (1989), in which the main character, Judah, tells his story of getting away with a terrible crime, disguising it as a movie he's pitching:


JUDAH: People carry awful deeds around with them. What do you expect him to do, turn himself in? This is reality. In reality, we rationalize. We deny or we couldn't go on living.
CLIFF: Here's what I would do. I would have him turn himself in. 'Cause then you see your story assumes tragic proportions. Because in the absence of a God or something, he is forced to assume that responsibility himself. Then you have tragedy.
JUDAH: But that's fiction. That's movies. I mean, you've seen too many movies. I'm talking about reality. If you want a happy ending you should go see a Hollywood movie.

Only in Allen's case, Hollywood isn't the bringer of false light, but a willing accomplice to darkness. The end of Dylan Farrow's letter, not anything said by Sarah Palin or any other Fox News commentator, is the most stinging indictment of Hollywood I have ever read:

But it's not just Hollywood. It's the rest of us, too. What about those of us who are Woody Allen's fans? What the hell have we been watching all this time? 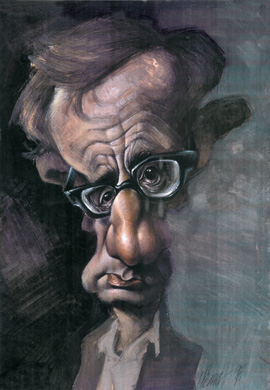 http://members.shaw.ca/margaret_gunning/betterthanlife.htm
Posted by Margaret Gunning at 11:33 AM No comments: