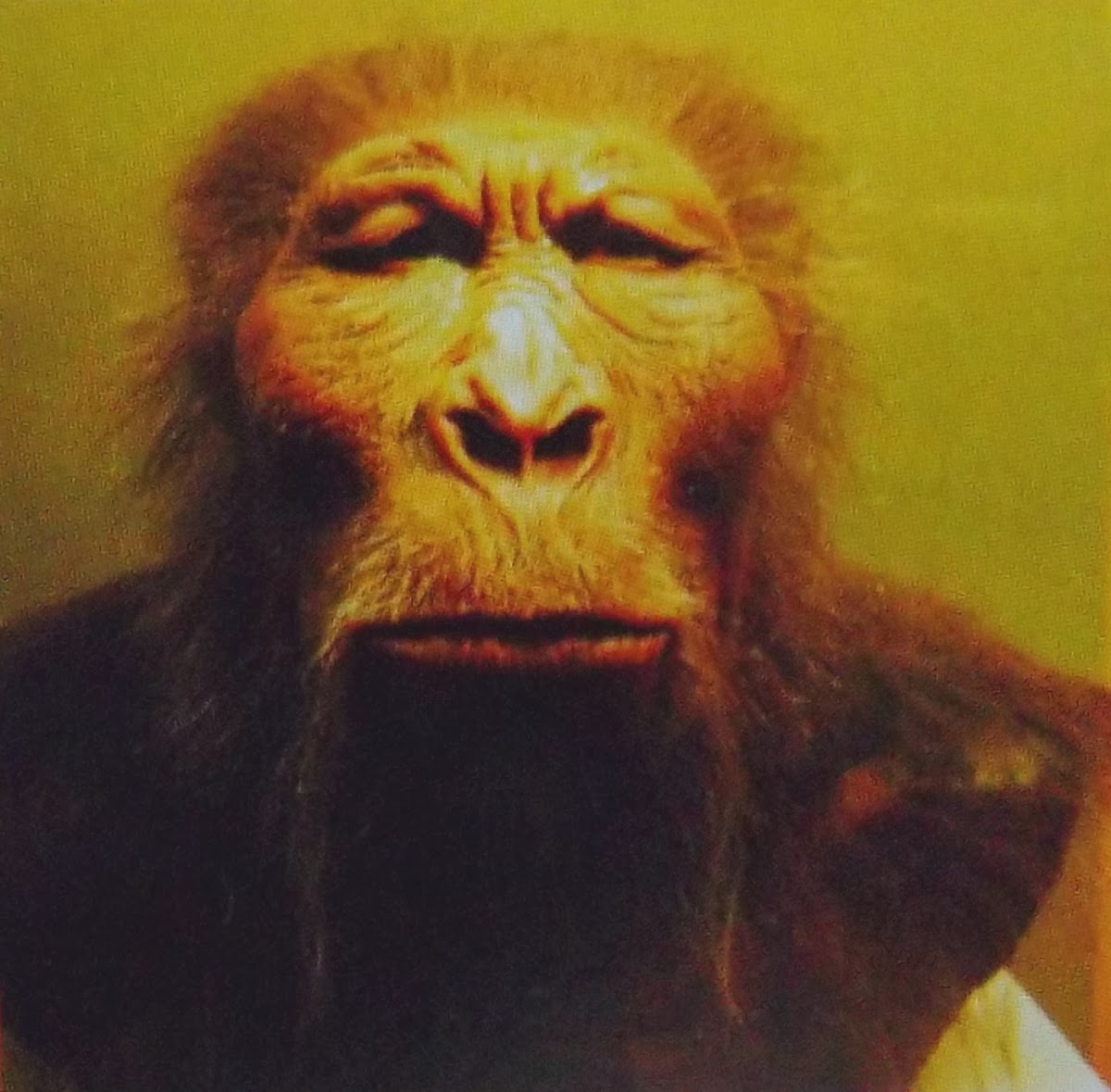 Why do I do this to myself? Why do I like to scare the hell out of myself with things I know don't really exist? The habit goes back to childhood. There is plenty on the internet to weird/gross yourself out on, but one of the worst is "imaginary hominids", a la Bigfoot, like this guy, whatever-his-name-is.

Oh, I know it has to be a drawing or a painting or something, but doesn't it look real?  It could be a photoshop deal of some kind. Probably is. 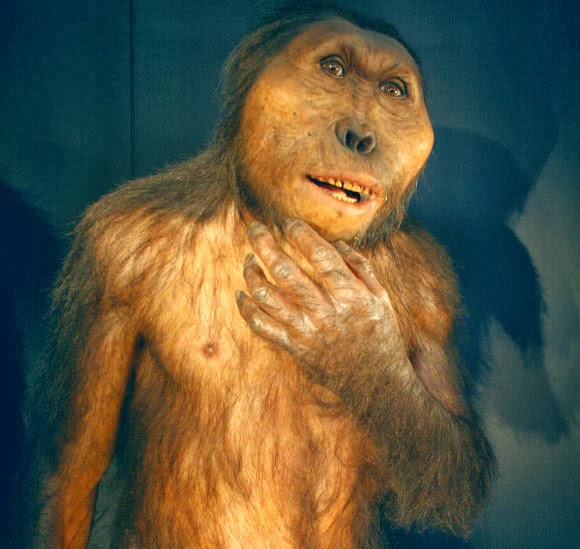 But God it weirds me out. I've seen pictures of reconstructions of early humans, or protohumans, some of whom didn't make it to the higher levels of evolution and died off. Makes you realize the origin of the word "lowbrow". The only equivalent we have now are microcephalics, a few of whom survive infancy and literally live without a cerebral cortex.

Imagine these things grunting and walking around (because they did walk upright, all of them, so below the neck they would look creepily human). When did the first meaningful grunt occur? What were the first things to be named? Did they name themselves - each other? Why did language develop independently in ALL groups of early humans, and how did we come to be so wired for it? When did grammar begin? The rest of culture doesn't interest me nearly so much. 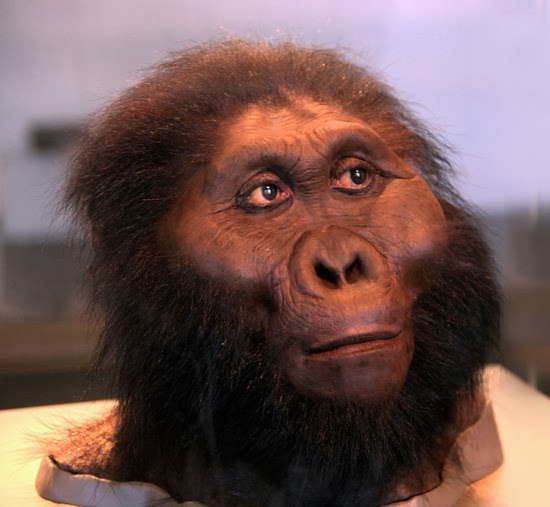 I sometimes put myself back in time, watching these bizarre beings that would some day be "us". Watching what they do, what they "say". Surviving. Feeling joy? We don't know. Who was the first australopithecine to experience depression?

I wish sometimes I could dial back time, I mean to a time before it was too late, and say to these guys, hey, look, you really fucked it up the first time. Next time, can you plan a little, not rape the resources of the earth and so poison everything that the world climate finally pops a mainspring and spins deliriously out of control? 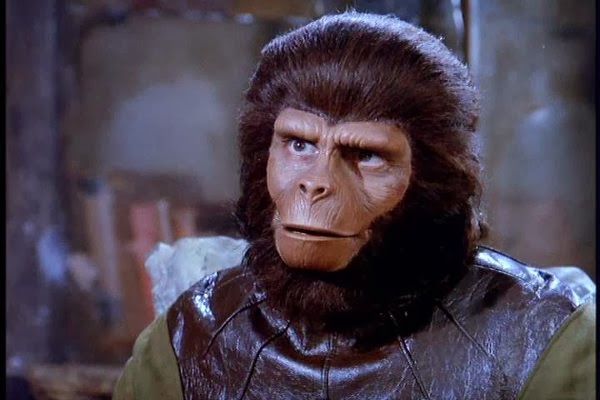 Posted by Margaret Gunning at 4:42 PM No comments: