My strange obsession: the auto-erotic car Behold, the only car I've ever been truly obsessed with: the 1940 Mercury Westergard convertible. I thought I saw one of these driving around town years ago, before a local car show, but I may have been wrong. It was painted maroon and cream, with a lot of chrome trim. But it was basically the same enormous, bulbous shape, with rear wheels completely obscured (so how did they ever change a tire?). 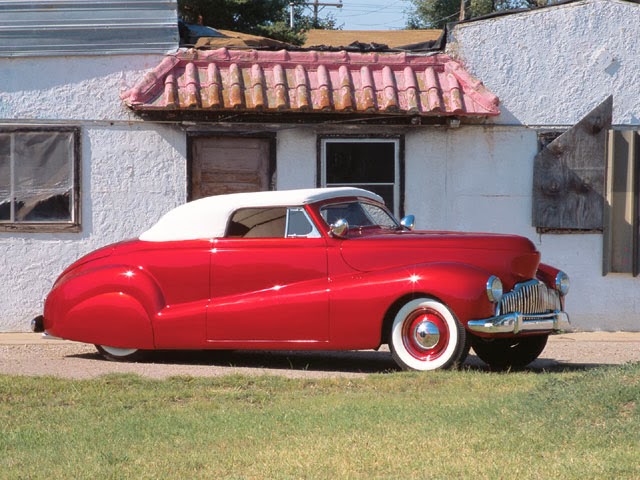 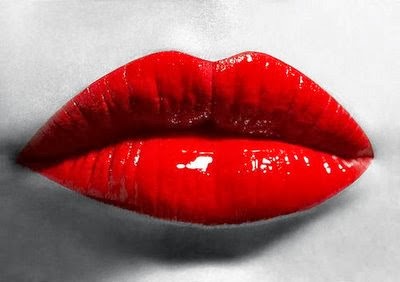 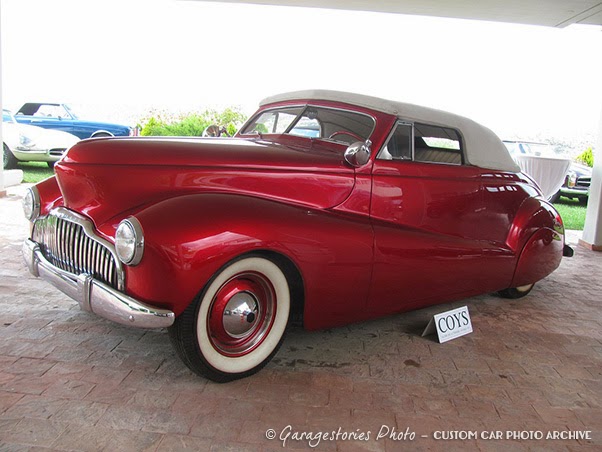 It was only by digging around that I found out anything about this. There's nothing at all in Wikipedia except some sort of vague reference to the Ford Mercury line, started in 1937 by Edsel Ford (and we all know who HE was!). This wet dream of a car came later, when an auto-erotic genius named Harry Westergard  revamped the whole design. 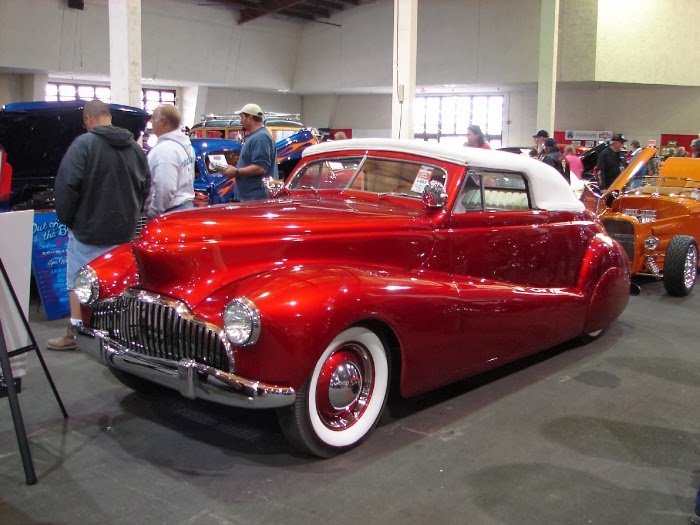 In showrooms, they almost look pornographic. The universal gleaming cherry color, like a red lollipop that has been sucked and licked and set out in the sun, makes it look as if it would be hot to the touch. The car is both male and female, with a great thrusting phallus at the front (not to mention round, staring eyes and a bow-shaped, frowning mouth) and a big round ass in back, crouched almost as if in submission, waiting to be fucked (or for that tire to finally be changed). 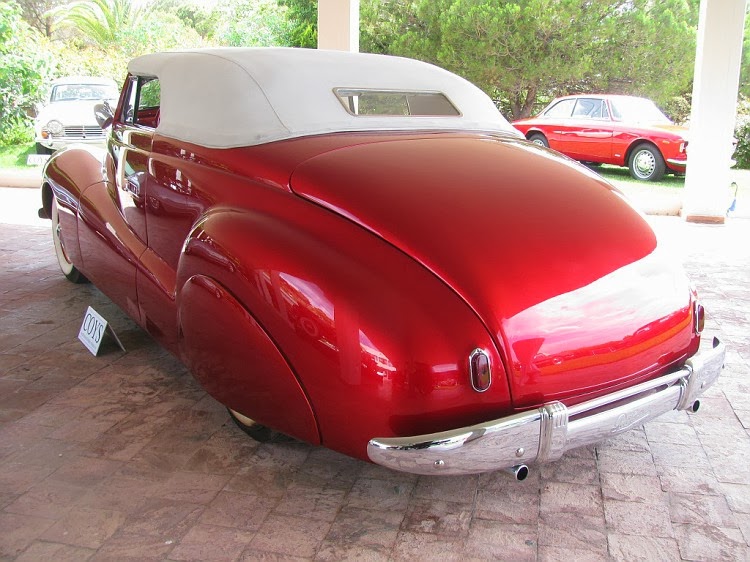 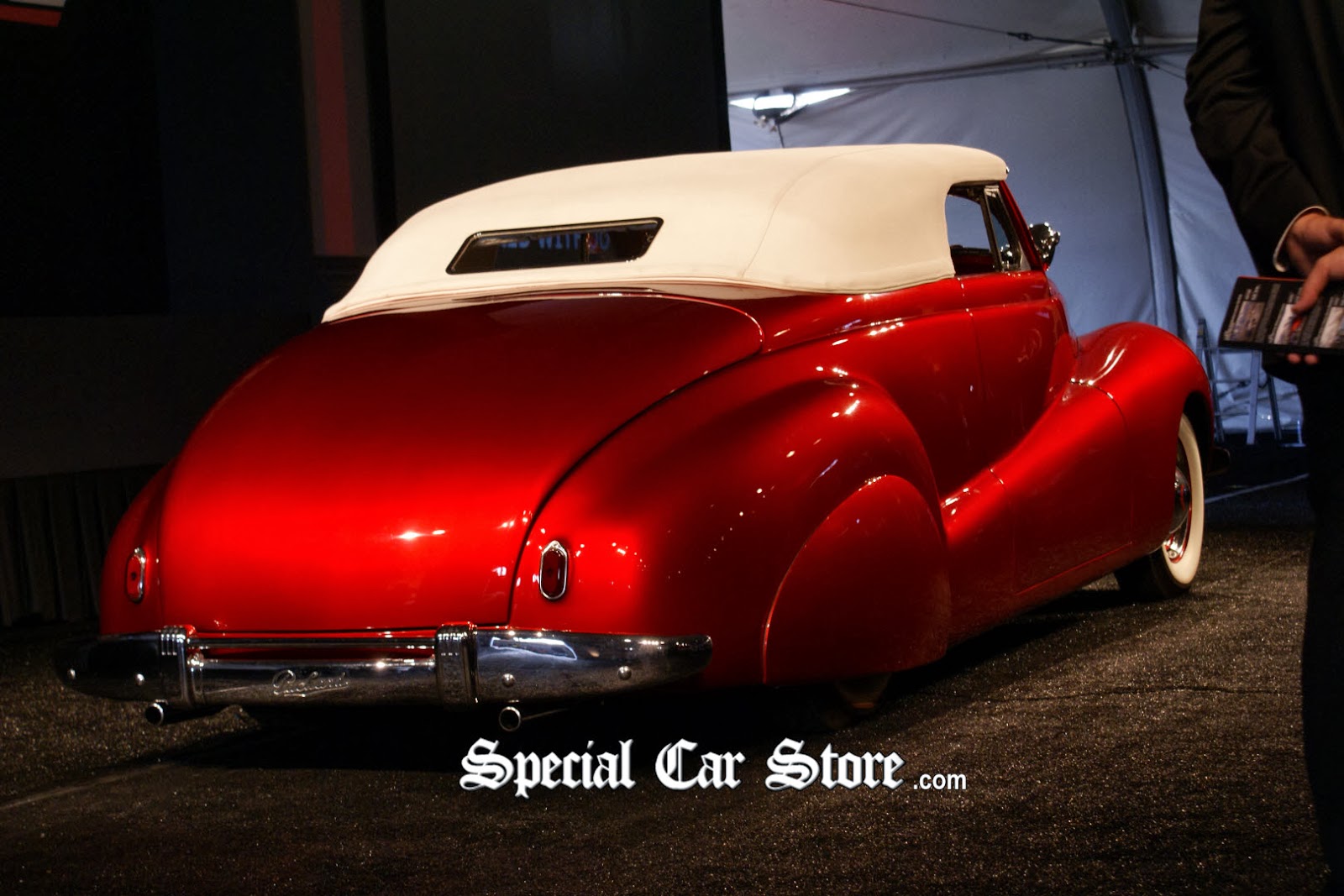 When you think about it, it's downright obscene.

I want to slide down that fender-thingie (and I'm not even sure I should call it a fender, it's so odd-looking, like some sort of elevated running-board), curl up in the curvature of that massive trunk. I can only imagine what the interior looked like. It's from a cartoon called (strangely) Service with a Guile, and it's about an "admiral" (this must've been a wartime cartoon) who drives up in the car pictured above, wanting "just some air in the tires". Popeye, Bluto and Olive Oyl manage to  make a hash of the whole thing.

But it just goes on and on. Though Bluto thinks he has solved the problem by shutting off the air, the tire just begins to "pock", burgeoning with straining balls of air like so many swelling breasts or engorged testicles. There is definitely something disturbing about this!

And I can't find the fifth one. Perhaps I saved it somewhere else? It pictures Popeye, Olive and Bluto being blown back through several walls, leaving them-shaped holes, before falling into a clothesline and into various outfits (Bluto is in some kind of corset) and taking off back to the ill-fated car.

Which, except for the color, looks exactly like the 1940 Mercury Westergard.

Posted by Margaret Gunning at 1:08 PM No comments: