Forget it's by P & G, and it will tug at your heart, I guarantee

It's cool, what Harold does. I like to think so. Probably next-in-line to his famous clock-dangle is his famous "hair-raising" move. This was actually achieved with static electricity, and if you don't believe me, try rubbing a cat on your sweater real hard and see what happens.

This probably wasn't his first hair-raise, as it's from a movie called Hot Water that I think he made in 1923. In this one, he thinks he sees a ghost, and as we all know, thinking you see one is even worse than actually seeing one.

This one's from High and Dizzy, and it may well be the first Harold hair-raise. This time he's terrified to realize he's  teetering along a ledge 20 stories off the ground. It has two parts: he manages two hair-raises in rapid succession. Good for you, Harold!

This is probably my favorite due to the symmetry of the hair (he had a good, thick head of Welsh hair that stood up like porcupine quills) and the open-mouthed, childlike facial expression. There are one or two other examples of this signature Llloydian effect, but I don't have clips of them now so can't gif them.

This is the emblem we so often associate with Harold Lloyd, the screaming man with his hair standing on end. Neat effect, and I don't think anyone else achieved it. And look into those eyes - real terror, telegraphed directly into the camera lens in a way that was almost disturbing. We always forget what a great actor Harold Lloyd was. Hal Roach famously said he didn't have a funny bone in his body, but studied his craft so meticulously that he was able to act the comedian to perfection. 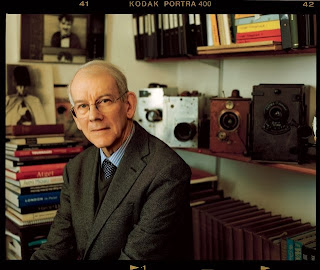 So what is all this leading to??

I can't tell you yet, but let me tell you this: after much trepidation about approaching him, I got a blurb for the back of The Glass Character from Kevin Brownlow, one of the most distinguished film historians/producers/directors/authors the world has ever seen. He is singlehandedly responsible for rescuing hundreds of silent films from oblivion/destruction, and has spent a lifetime educating the world about the irreplaceable worth of these films. Even better, he's quite approachable and easy to connect with: if you love silent film, then he's happy to talk to you.

AND HE HAS DONE A BLURB FOR ME! I can't keep this to myself, but the other part of it - the cover - well, yes, we're almost there with it, we have a mockup that - well - made my hair stand on end! So it isn't quite official yet, but if all goes according to plan we'll have a cover which is quite surprising, even shocking. Both comic and a little disturbing.

I hope Harold would be pleased. 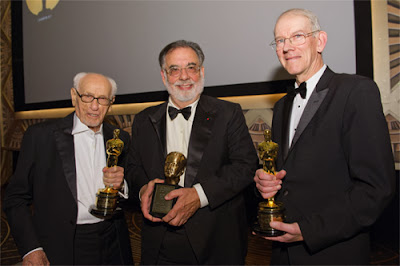 SPECIAL BONUS HAIR-RAISE! Just found another one, in two parts, from which movie I don't know because it was taken from a YouTube compilation. But it's cool. It's the only one I've found where he smiles that sweet adorable smile of his.

Home
Posted by Margaret Gunning at 12:23 AM No comments: