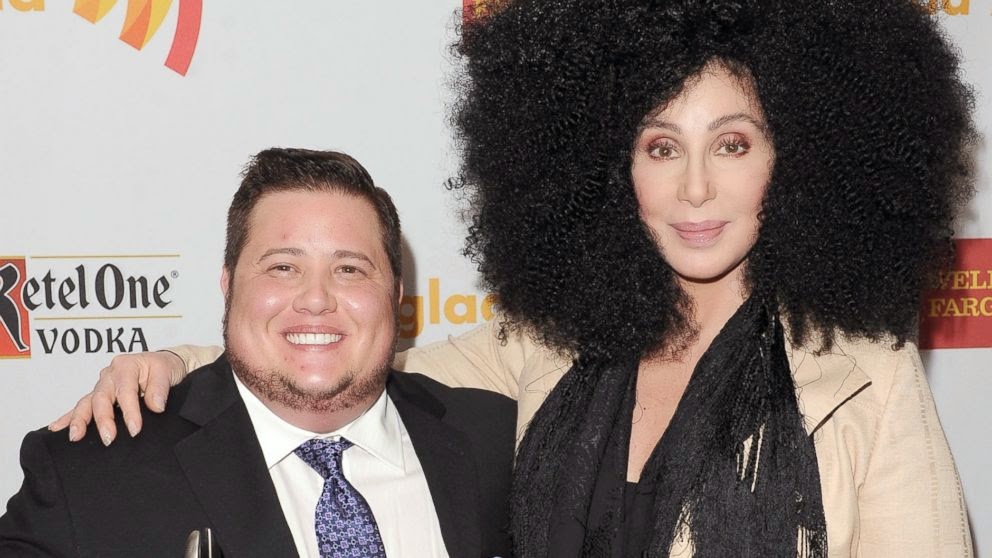 
This is one of the better pieces I've read on the complex, thorny, politically- and socially-charged issue of gender identity, which is  (as far as I am concerned) impossible to untangle from human identity. In this case, in spite of a valiant effort, it all went disastrously wrong. I believe the current prevailing attitude is to believe that if a person is unhappy with their birth gender, transitioning will help them be "who they really are", and as a result, much happier and more fulfilled. If a person's experience does not fit this preconceived idea, everyone gets very uncomfortable.

In this case, Christine Daniels gleefully embraced a lifestyle that seemed more like that of a drag queen playing a role, "going as" Christine rather than actually being her. But the internal conflict was brutal and never resolved, and she committed suicide before even reaching a truce. Myself, I often wonder why women's identity seems so bound up in hair extensions, makeup and stilettos, all the trappings that social pressure demands must be done as perfectly as possible. To "pass" (a rather shocking word used in this piece), you have to get everything right. 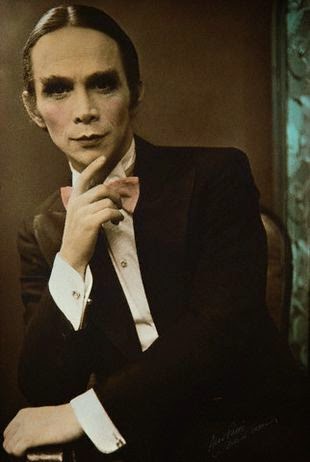 As for myself, and most of the women I know, we don't feel that pressure, at least not in midlife. It's not that we're slobs. The inside may well match the outside, however, if the inside isn't shallow and vain and obsessed with appearances. And here I talk of the popular culture at large, the whole Kardashian monstrosity of instant celebrity/rampant narcissism.

The piece is dated, in some ways surprisingly so, though it's only a few years old. It speaks of emails as magic portals, and whole newspaper blogs can be wiped clean from archives (and I can't help but think my son could go over there and retrieve them, just as he did mine). There is no social media. At all. I'm not convinced it would have helped. I did stumble across another provocative, taboo statement from a plastic surgeon who has stopped doing gender reassignment surgery because from what he has observed, people are no happier post-surgery than they were before. But again, that's something we just don't say. 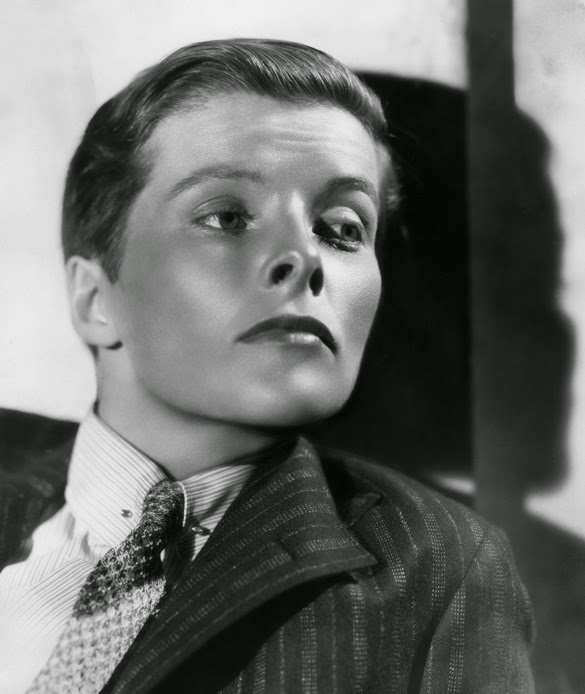 In digging into all this, I found statements to the effect that only a microscopic proportion of transgendered people ever feel any regret about their decision, maybe 1/10 of 1%. Then another article says no statistics have ever been kept. How to set up such a study, then, when everyone is so uncomfortable even with the idea? I'm not saying "study transgender regret so people will stop having sex changes" - I'm not Archie Bunker. I'm saying that whenever I see fog or a dense curtain, I have an overwhelming desire to see what's behind it. Knowledge is the only way to clarity. There is just so much we don't yet know.

Other things float to the surface. There used to be a regulation that a candidate live as the opposite sex for two years before undergoing surgery. Then it was one year. Now it's down to six months. Hey, I'm not saying "don't transition," I'm just saying don't keep accelerating the whole process at the speed of light (typical of our "no waiting" mentality with its microscopic attention span) until it's down to nothing. My feeling is that it would be crucial for a candidate to have a substantial span of time to feel out what it's like, really like, the good, the bad and the indifferent, especially with regards to existing relationships. 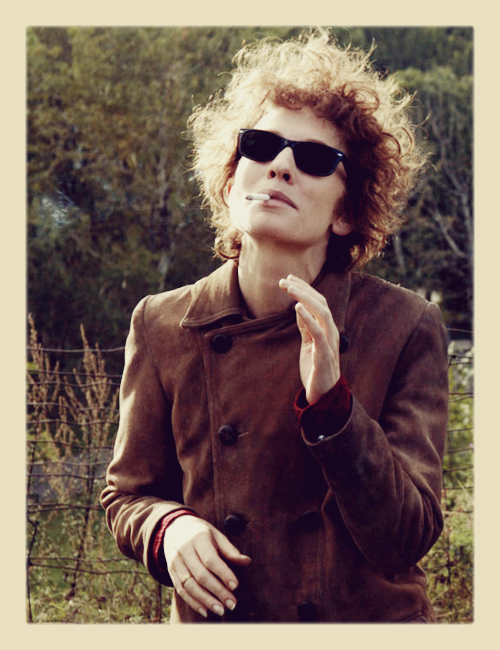 I don't know about any of this because I haven't been through it. But I can talk about gender, see, because I seem to have one. I don't want to be male, though there are days when being female, particularly an older female, is kind of a drag (if you'll pardon the expression). Though I love being a grandma, and I like men's bodies if they're nice ones, and I really love the way men smell (especially good-smelling ones), making me "traditionally female" in some people's books, I refuse all molds and categories. Throughout my life, most of my close friends have been men (some of them even gay! Shrieks of horror!), I love looking at photos of women in Victorian gowns which might be seen as gay-ish (but I don't care, and even cherish it), and for the most part, I identify not as male or female, nor even androgynous, but human.

I do wonder however, whenever I delve into this subject, particularly with MTF transition, why there is such a tremendous emphasis on appearance. There are even  schools where the transitioning can learn how to act like women, how to walk and talk and speak like a proper lady rather than a flower girl (so to speak). It's real finishing-school stuff, which fork to use, balancing a book on your head, etc. Amazes and dismays me that we focus on something so relatively shallow. I'd flunk that course for sure. If anyone tried to show me "how to act like a woman", I'd bite them. Where it hurts. 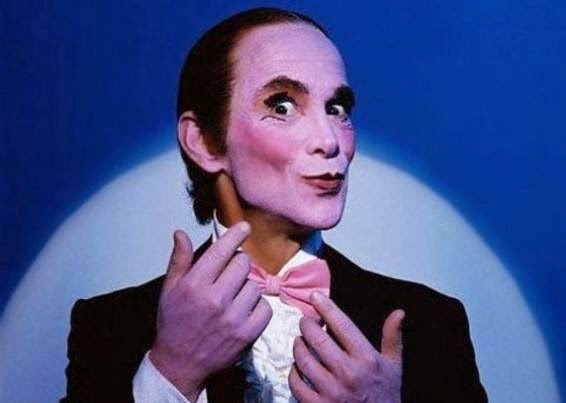 Post-script. When I first saw Cabaret in 1973, I had a thing for Joel Grey. An obsession. Not so much with him as with his character. He was simply gorgeous. He was sexy. He was manwoman, not really womanly or female, but still flouting masculinity, turning it on its ear. I was kind of ashamed of this at the time, until I went on the internet a million years later and read all these blog posts saying, "I want to fuck Joel Grey." Specifically, Joel Grey as the emcee, dolled up in lurid makeup. Grey is still around, though looking and sounding fragile, and has mostly been a Broadway baby, a stage actor and "triple threat". When I recently watched a clip of him dancing in the musical George M!, my face fell off. He was incredibly good, actually better than James Cagney. I also recall his turn in Dancer in the Dark with Bjork, leaping up on a table to tap-dance when he was 65 or something (oh, I must find that clip!). But the emcee character was all about androgyny that wasn't feminine. He was edgy and fierce, a bantam rooster (even crowing over a pile of mock-dead bodies in a mud-wrestling ring). I still get that feeling when I see him. Excuse me.

POST-BLOG-POST BLOG POST: (or something). Yes, I've furthermore found just tons of stuff on this, and it is alarming. I think it's an example of activism at its worst, starting off with a clear purpose and even good intentions, then snowballing into an alarming imperative of "we-think" (and there is nothing more deadly than "we-think", because "we" lose our individuality), eventually forcing conformity to new and equally soul-destroying norms.

In other words, if anybody in the "transgender community" bails, reverses, detransitions, or just desires to sort out their own human complexity in some new and less-entrenched way, they are not just ostracized but attacked. Meantime the "detransitioners" (awful terms, sorry) are beginning to point out that the medical establishment, the new, cool, socially-enlightened medical establishment (you know, the one that doesn't exist) has been a major force behind a lot of current thinking about gender reassignment and the "surgical cure". It's getting easier and faster all the time to get this shit done, which means there's not much time for changing your mind.

Am I the only one that gets queasy about all this? News stories are presented with soft-focus light and tender music, depicting Jesse, a 5-year-old boy who knows he's a girl because he plays with Barbies rather than trucks. (No kidding, it all comes down to that. If we are what we play with, then I guess I must be a pail of frogs.)

Then we hear that Jessica's parents (they're calling him Jessica now) plan to give him hormone-blockers to suppress male puberty, just so's he'll be more comfortable with himself as he slowly turns into a . . . girl?

It pushes us all, I think, into deep and spooky realms. Who are we? What's male, what's female, besides our anatomy which sometimes seems crucial (when having a baby, for example), and sometimes utterly irrelevant? Why is it so hard to get past, if it isn't that big a deal?

But maybe it IS that big a deal.

I haven't failed to notice, in the many stories I've recently read, that when a confused, pain-filled man rushes to embrace a new female identity, there's a rash of facial plastic surgery with the usual bizarre, puffy-lipped, ping-pong-cheeked results, followed by photo-shoots of the New Woman wrapped in tight leopardskin and sprawling on the floor with a provocative expression and fuck-me shoes. Her hair, the new hair, the extremely perfect salon hair styled to look casual, wafts gently back in an electric-fan breeze. This is somebody's idea of a woman, and my idea of a "what??"

Dismays me, is all. Dismays me that people who insist they are really women inside have to go through such a meat grinder to pass inspection. Please! These are cartoons.

(Just a kicker at the end. Under the heading "victories" on the sexchangeregret.com site is this strange message from "Robert John". It appears that lurking behind this supposed attempt to unmask an uncomfortable truth is an even more uncomfortable truth - fundamentalist Christianity. It's mentioned nowhere else on the site.)

I had irreversible gender reassignment surgery in 1997 absolutely convinced I was a woman in a man's body. I anticipated living happily ever after, however I had persistent difficulties and fell into deep depression. I began reading the Bible, unsatisfied with superficial proclamations of diversity, inclusiveness,and tolerance. I happened upon King David's famous repentance Psalm 51 and discovered, like David, I could be forgiven for all my sins. I also learned God chastens those whom He loves and I was being guided to seek repentance, and faith in the finished work of Jesus Christ. I knew identifying as a woman was not living in truth,and returned to my given names and birth gender without further surgery.
My victory has come by allowing the Lord in my heart,becoming God-focused instead of self-centered, and am thankful for my birth sex and many blessings. despite the consequences and challenges. God has led me to witness His truth and love, and I can testify: indeed, God's grace, mercy and truth do set one free.
God bless,
Robert John