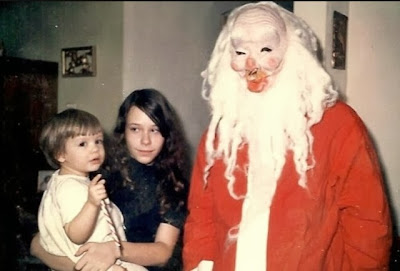 I promise to post only the BEST of the horrible Santa pictures we see all over the internet this season. Or the worst. Whatever. 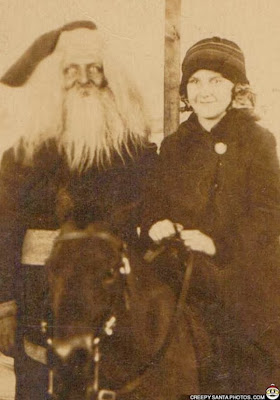 Death rays appear to come from this man's eyes. And what of the girl on the pony? Yes, she looks happy, but slightly glazed, as if her happiness is chemically induced. 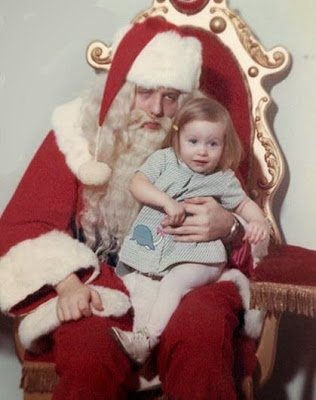 One more weird thing, do you notice Santa's left and right hands seem to belong to two different people? He has the right hand of a six-year-old. Ewwwwwwwwwwwwwwwwwwww!!!!! 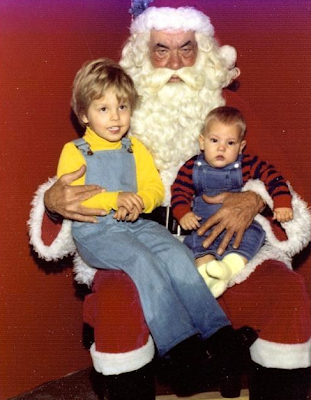 Is it mental illness, do you think, or does this photo hark back to the time when indigents were rounded up to play Santa for a buck a day and all they could drink? 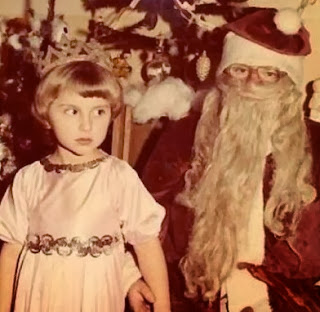 Someone should explain to this man that the moustache goes BELOW the nose. Or perhaps this is just Santa's idea of a ski mask. 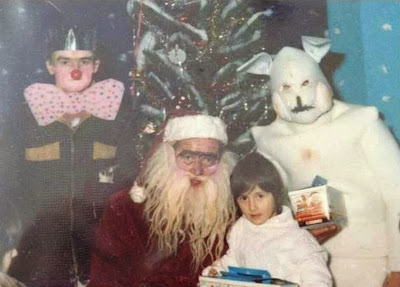 This is my personal favorite, because it makes no sense at all. We will reserve comment on Santa, his demented stare and yellowing, moldy beard, but what in hell is that thing with the pink bowtie? The evil entity on the right is beyond describing. Could it be an Easter Bunny left over from the Third Reich? The Nazis celebrated Christmas too, didn't they? Are these from Himmler's family snapshots?

Posted by Margaret Gunning at 11:37 PM No comments: 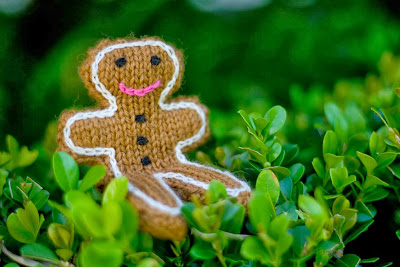 So this was the idea, the thing I was hoping to do: a little knitting project, short but sweet, cute enough to hang on the mantlepiece or pop in a stocking.

All I wanted was a pattern. A pattern like all the other ones I've snarfed up on the internet for free.

I saw one I liked. This one. A cute little knit-man sitting in clover. The site, called Big Fat Crafty Mama or something like that, teasingly described how wonderful it was to knit Mr. Ginger, then said nothing about the pattern. Relentlessly, I hunted on. 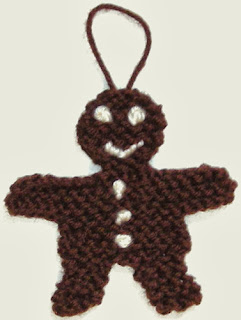 This time of year can be horribly depressing, and this is why. This is a "craft", a "FREE" craft you can Do Yourself, but who would want to? Hanging this on your tree might scare away crows. 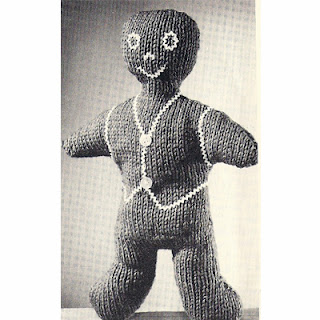 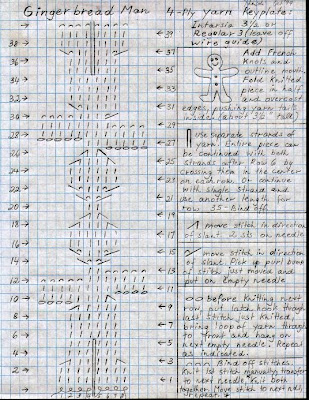 This is a vintage pattern, only useful as a curiosity, but what's this? Someone actually posted the above graph or chart or whatever-it-is, handwritten in pencil.  Just tell me how many rows to knit! 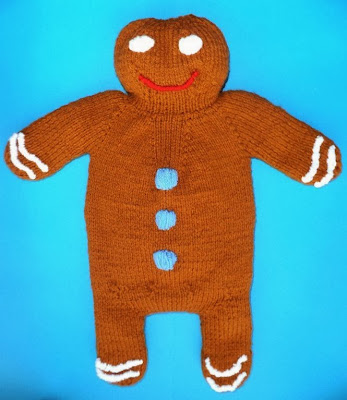 At some point, it just gets bizarre. I am NOT going to knit this. It's supposed to be a "hot water bottle cover", when hot water bottles haven't been seen for 97 years. My grandmother used one, and the plug would always come out and flood her bed. Personally, I think this is just an obese gingerbread man, having eaten too many cookies. 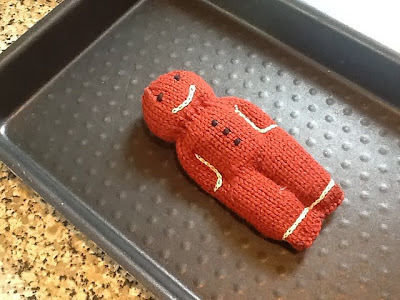 Perhaps this one is meant to be cute, but it isn't. Someone knitted a rectangle, then sewed in some lines for arms and legs, along with what looks to be leg-irons. This little man is entering the oven, and there isn't a thing he can do about it. 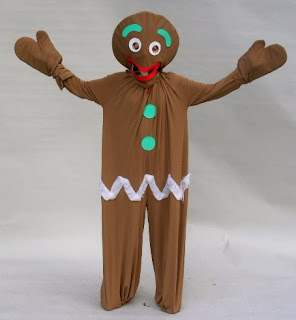 If you're going to make a costume as silly as a gingerbread man, why not make it a GOOD gingerbread man, a cute one like the little guy sitting in clover? Though the brown oven mitts are a nice touch. 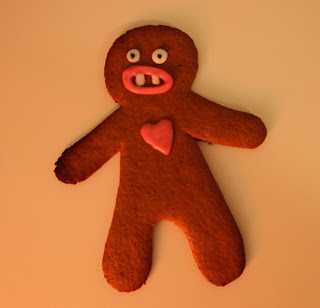 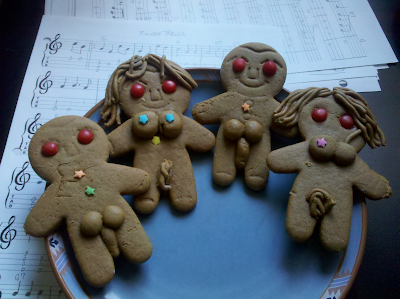 Having given up on knitting, I found myself in the netherworld of gingerbreadism: screaming victims, ginger-people with obvious and quite huge genitalia. A gingerbread bacchanalle of sorts. Bring on the cocoa. 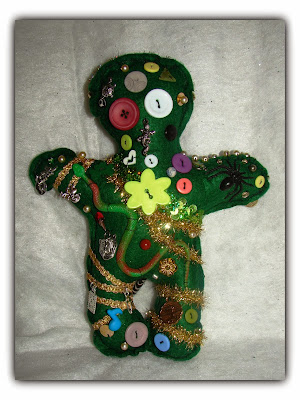 Oops, this guy's the wrong color, and I'm not sure you can eat him, but he'll work a powerful mojo on your enemies. I suspect the Haitians use the same pattern. 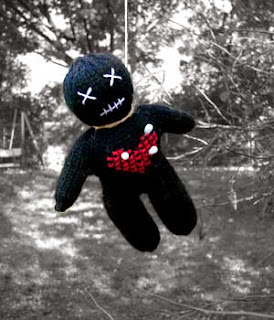 Guess somebody left him in a little too long.